An update catching players up to the new features coming in the next version of CnC: Final War, and what to expect that has not been shown the limelight yet!

Hi everyone, it's SMxReaver here with another Developer Blog. It's been quite a while since my last check-in with the group, and there are a multitude of things to cover in this rather large update. First thing first, the next version of the project, CnC: Final War 2.0 is currently in full steam development with a release planned for the holiday season! Before we go any further, I'd like to announce that my lack of updates and activities have been due to the birth of my first son this September and he's been one big happy, healthy handful!

Getting down to business, many things have been added to the mod as we moved away from the last public update to a new version improving the player experience even further! First off, the number of in-game factions has increased from 3 to 7 as the two faction-specific groups have become their own full fledged factions! These factions each feature their own full tech trees (using borrowed units from their home faction to fill in the gaps), offer their own gameplay styles and tactics, AI opponents of these new factions fight with enhanced tactics, and still can be augmented with forces from the now three neutral sub factions. 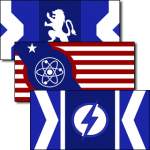 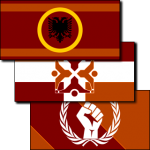 In addition to these big faction expansions, each of the three original factions have seen multitudes of updates going towards their building sets, expanding their tech trees to four distinct tech levels and offering a new set of support structures and defenses! The tech trees have seen expansion in several fields, with the return of pad aircraft granting another build queue for engines of war. Factions have also constructed a Tier-4 tech structure that grants access to Hero units, Refinery Upgrades, and Major SWs in an effort to keep out-pacing their opponents! Earlier game engagements can be boosted with Tier-2 economy buildings, granting the old Refinery passive money generation. Tier-3 defensive structures bolster your defenses in non-offensive ways, giving you additional reinforcement to hard-hit sections of your base. Tier-4 refinery upgrades allow for even the most ravenous of money-hungry economies can continue moving forward by granting an oil-derrick style low stream of funds.

Of course, new factions need new toys and expanding the tech tree has allowed for the introduction of plenty of new units in the upcoming patch! Each faction had hordes of balance changes, unit reworks, additional variations on the tech trees to suit gameplay, a rework of all support powers, and some extra faction flair with a couple new super weapons! The core factions received many updates, either new units when old ones left to become unique to particular sub factions or as enhancements to their already lackluster armaments. Sub factions becoming full factions received several new weapons of war, giving their factions more variety than before. The Remnant Legion constantly receives updates, taking a new shape of it's own with more overhauls of their arsenal to function more like a hybrid Yuri/GLA mix.

Behind the scenes of less-exciting code work, new features have been stuffing the update full like a Thanksgiving Day turkey, with the addition of new Stolen Tech and Secret Tech units, faction upgrades like the Legion scrap upgrade system shown below, and reworks to the Spy Infiltration logics! Spy infiltration can grant new prototype Heavy Combat Tanks to players who can get their spies into enemy War Factories, replacing the old veteran experience bonus. Spy infiltration into Major SWs now grant access to a Stolen variant of the SW instead of resetting the cool-down, keeping the destruction of each game moving forward. The Legion have received visual updates to help denote their makeshift mentality with scrap trophies from their kills as they gain experience levels. The Mercenary Warlords have received a new feature allowing them to build a random, changing, pre-selected set of combat units at Elite experience, but without any further upgrades and at an additional cost.

Finally, CnC: Final War 2.0 will be launching with a fully integrated music experience! Inspired by the history of wonderful C&C music, a brand new soundtrack that will be freely downloadable and shareable will be releasing alongside the 2.0 update! Credit to MotionArray's library of royalty-free music that can be safely included in the project, the battles of Final War will be orchestrated to the perfect grim mood that permeates this future. Featured below is one of the many new songs to be seen on this new OST!

That's all I have to offer today, I hope everyone who's following along has enjoyed the update and the explanation of some of the extra stuff going on behind the scenes with the project. Until next time, Commander!