Half-Life: Guard Duty is a mod dedicated to recreate how Half-Life: Blue Shift would have looked like in the art-style featured off in Half-Life builds from early to mid 1998. This will feature everything that never made it into the final game along with the content cut from the expansion itself.

Hi everyone, Vasiavasiavasia95 here. The 2021 is coming to an end so we figured it's a good time to bring you all a new progress update.

Since the previous article we've been focusing on refining our current work, fleshing out new designs, ideas and improving the gameplay to provide a good experience for the player. Unlike the previous update, this one is going to be more programming oriented. At the time of the last update, our code base needed a severe cleanup so we decided to focus most of our power on doing so. But don't worry, this update isn't going to be a nerdy talk describing what we fixed and what not. We got a bunch of awesome features implemented that we just can't wait to share with you.

Without further ado, let me show you what we've been working on.

That's right, I've managed to implement a FULLY WORKING custom new game menu option in Goldsrc. It's directly inspired by what Valve did for Source and functions very similarly to it. I found this to be a pretty neat feature to implement since no one had ever done this before and we find allowing players to start from any chapter they want to be a very nice game design idea.

Of course, the implementation isn't limited by a new menu dialog, we are currently working on updating all of our maps to make sure everything works correctly because original maps were obviously not made with such feature in mind.

The visual effects in the mod also got an overhaul. While most of the changes a simple tweaks and fixes. There are a few new additions I want to showcase.

- I programmed a new version of the beta particles blood effect. Using reverse engineered Alpha and Day One code as a reference I made it look pretty accurate to what can be seen on the pre-release footage

- The infamous beta shadows were reimplement back as well. My reimplementation don't crash on post-steampipe builds of Goldsrc so you can enjoy them without having to use an outdated version of the engine.

- Now, this isn't exactly a visual effect but the even more infamous model interpolation bug ( models blinking on moving trains ) had been fixed as well. Now you will be able to experience the elevator crash sequence just like when BS was first released.

Well, that's all we wanted to showcase from our programming side. However it wouldn't be a proper update without at least some mapping media. So let's jump straight to it!
( Keep in mind this is all WIP and is still a subject to change ). 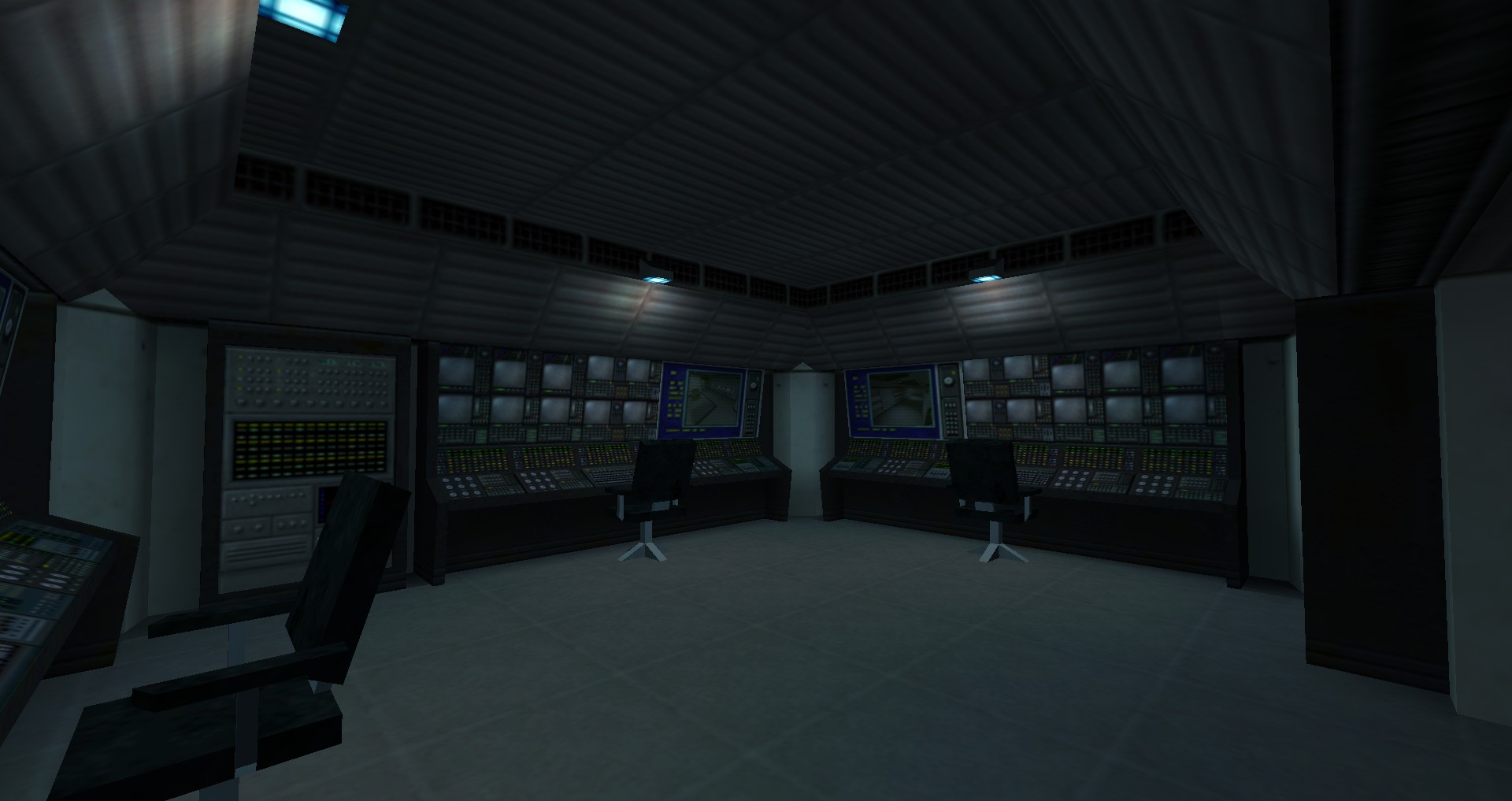 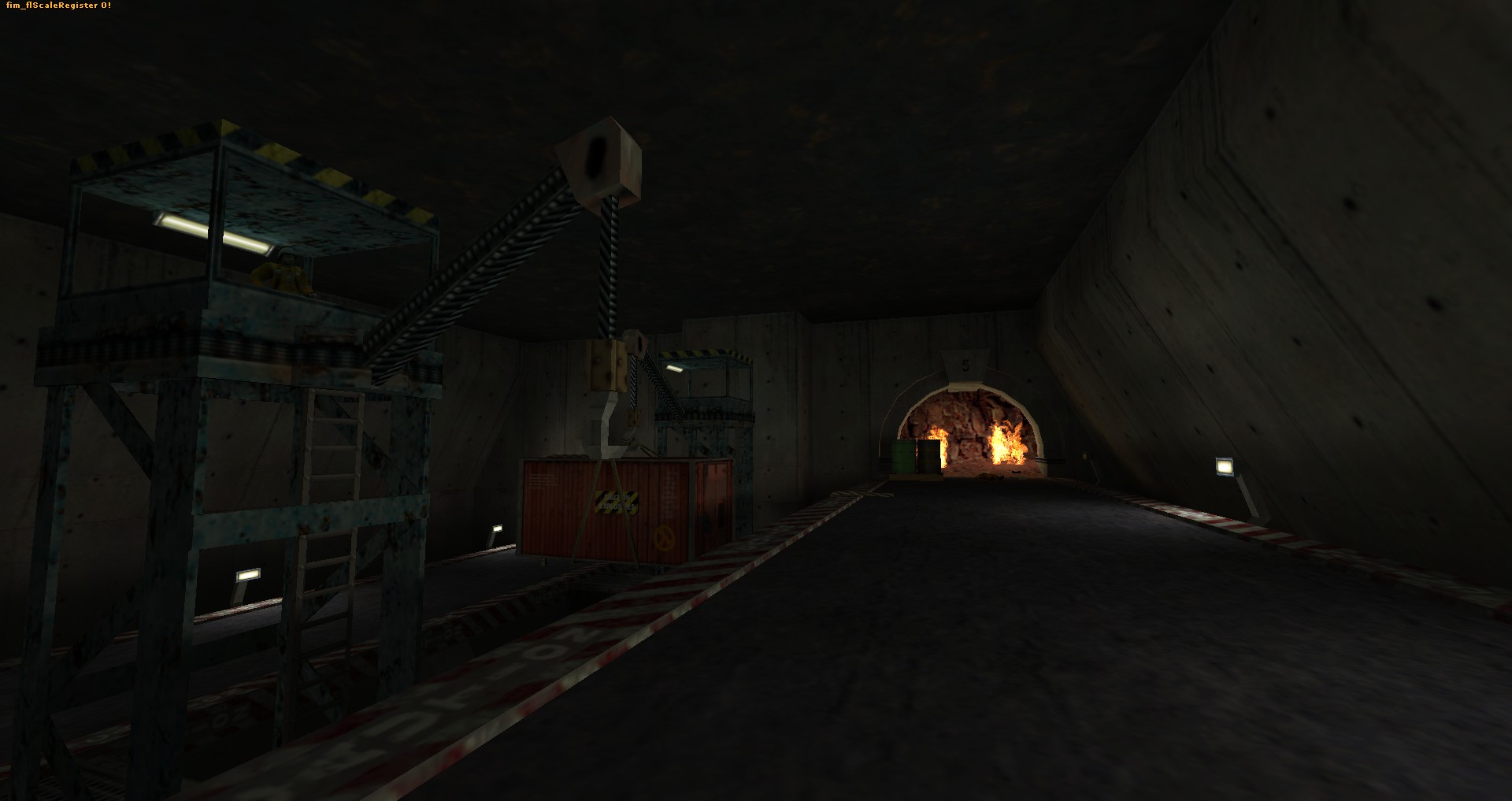 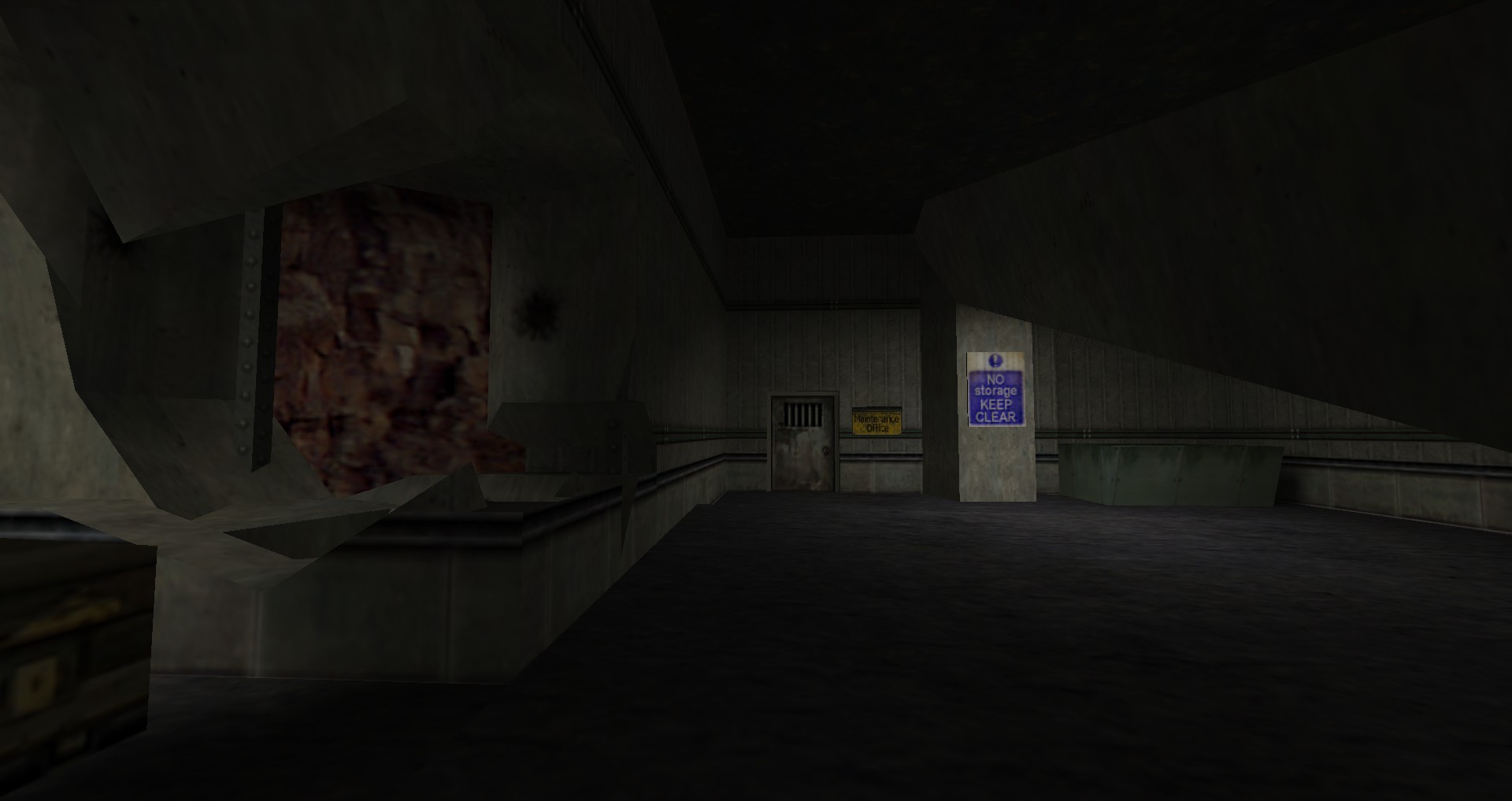 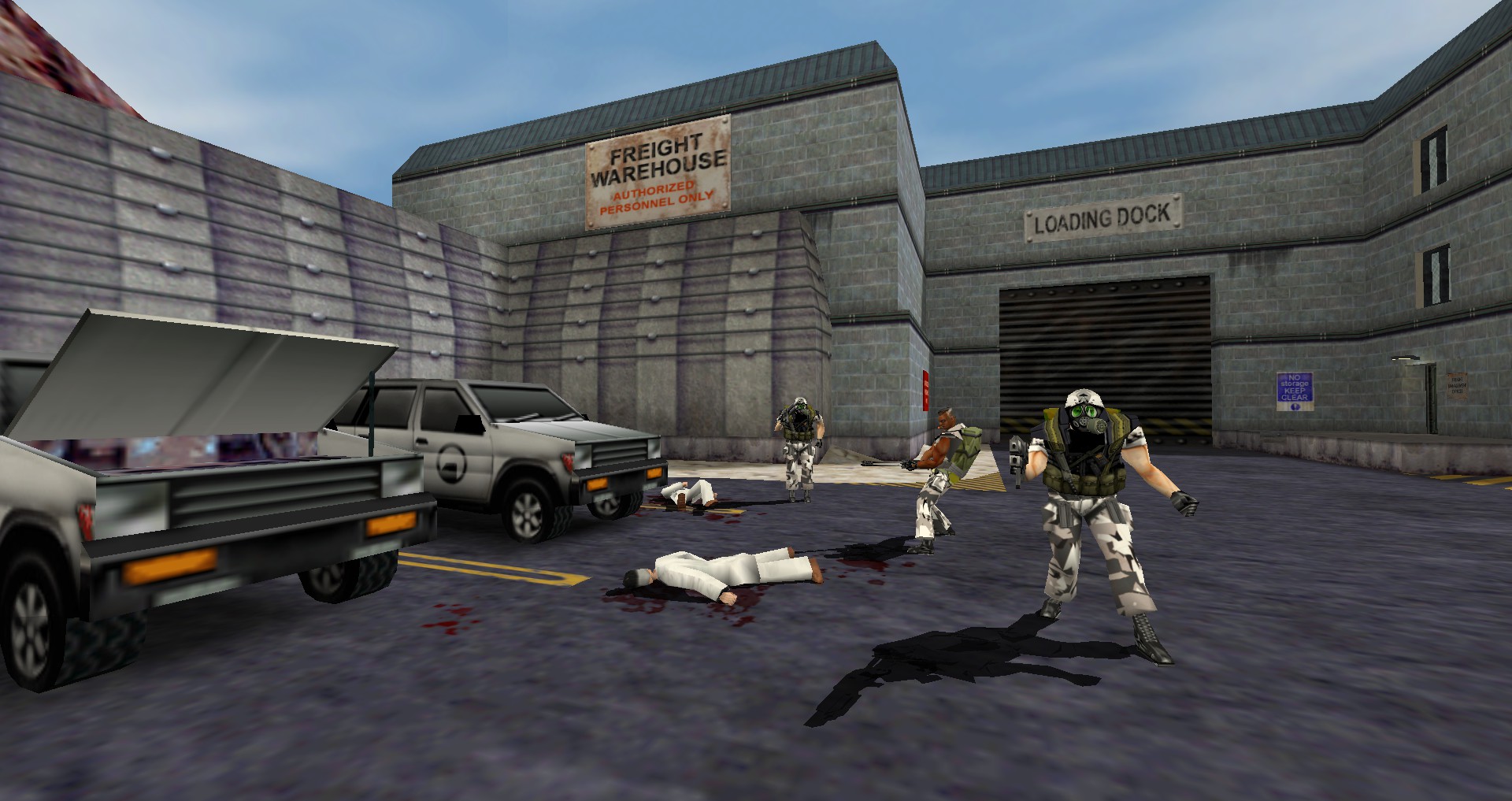 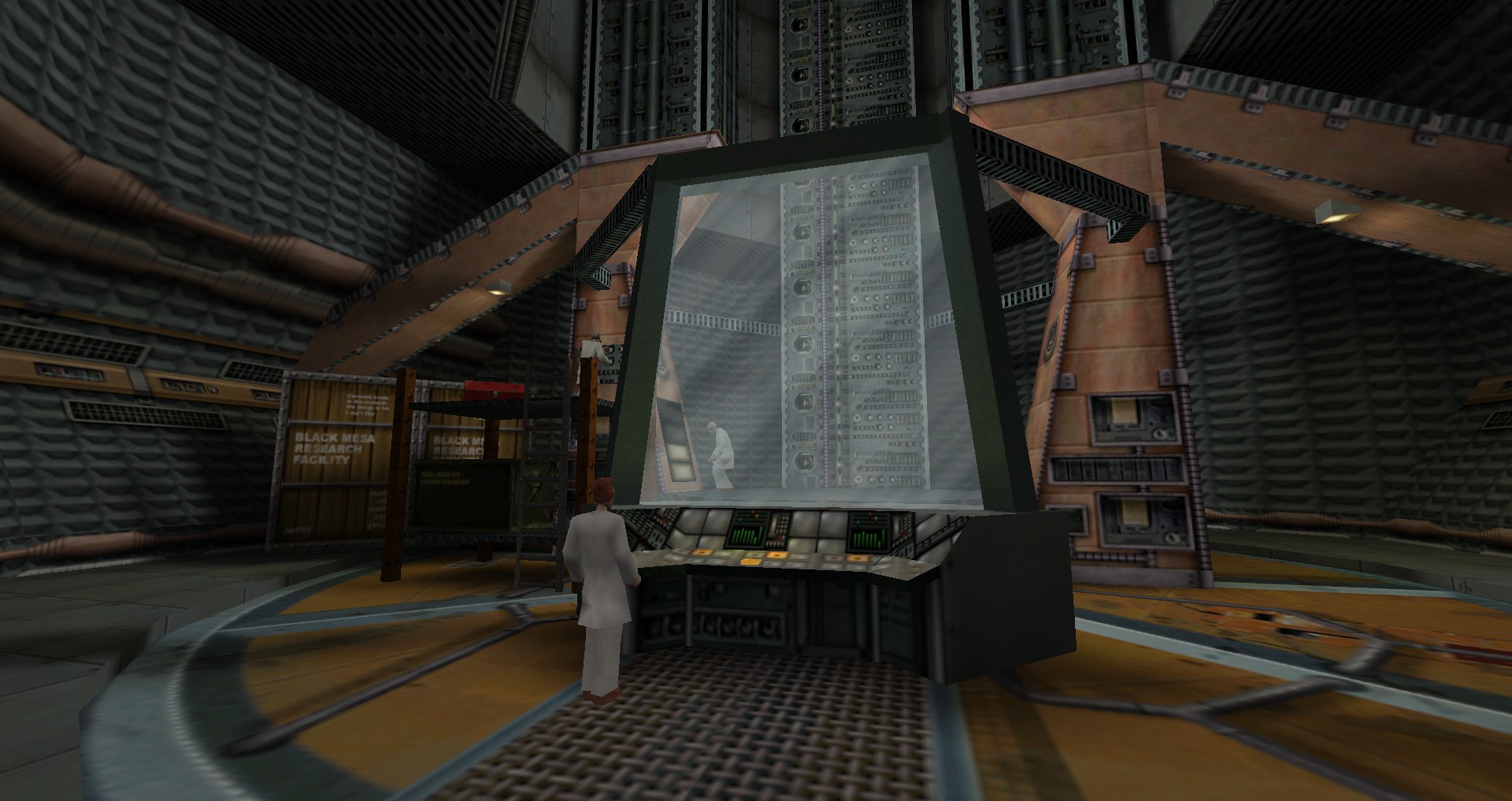 If you are still searching Goldsrc mods to vote for we would really appreciate if you could leave a vote for Guard Duty. While I obviously understand we won't get enough people to get us first place, having you guys vote for this mod would be highly appreciated! Remember, that MOTY is not limited to a single entry meaning you can vote for as many mods as you like.

In case you didn't know, Half-Life: Guard Duty also has an official discord server. There you can discuss everything related to the mod; interact with other people and see a lot of behind the scenes media that never makes it to ModDB. Feel free to join below:

Thanks for reading and see you soon in the future updates!

The new models are actually from the half life beta

They're remakes, at least, most of them are AFAIK.

Do you plan restore the original individual flashlight?
And maybe dual-wield function with some weapons

Yes, the flashight is going to be in the mod and it will function similarly to the Doom 3 flashlight.

That's cool. A nice touch of survival horror for the gameplay, and the B.S levels fits especially well with this

Must be based off the original name for Blue Shift

Can you tell me more about the mod? I would like to know more, to make a video talking about this.