Redemption edition changes the typical brutal Doom. no longer are you a powerhouse but rather a soldier fighting to survive and get out. Weapons hit harder but ammo finding an carrying is less. Your melee strength is no match for the demons of hell but with a few well placed shots to weaken your foe you can go in and finish him off with a fatality. Tred lightly tho. Close with in a demon and he will tear you a new one.

Feartures
* Stronger weapons: All weapons now hit harder and feel more punch like, but ammo is harder to obtain and you can only carry so much.

* Demons: Faster, stronger and deal more damage but can be killed quickly with the right ammount of firepower.

* Return of the infrared goggles and Invisibility sphere.

* Combat radio to call in marines for backup.

* different melee system where simply going in to punch will get you killed.

* Some weapons have different functions from BDV20.

* Some power ups act differently to that of BDV20

The result is to give players a more of powerful arsenal but at the same time deadly enemy to face.

* Complete sound overhaul from weapons to gore sounds to even invalid keycard sounds have been replaced with satisfying sounds.

* new blood spites across the wall.

mod runs with the latest GZDoom and Zand 3.0 ( but not its multiplayer)

And a lot more of little things here and there.

Alright so you all know its been quiet Iv been working on other mods as well and rl stuff as well. 4.0 is still planned but I have to wait for help from a buddy regarding some coding..to sum it up really Redemption is more or less finished to be honest. I did what I set out to do now its just tweaking , bug fixing and adding in a few gaps..so before 4.0 arrives there is gonna be a 3.5 update consisting of a few things. 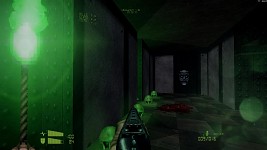 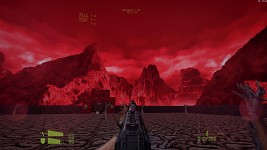 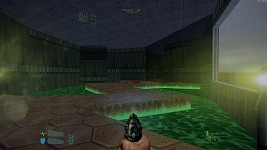 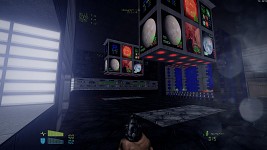 1 Reshade: I have come across and reworked a Reshade system using its really nice features to up the graphics and visuals for my mod the download of 3.5 will have every thing you need to run it. It will great but you can toggle on and off as you see fit. Pictures and a video will come soon.

2. Tweaking: just adjusting monster stats here and there but I like where they are except the Spider mastermind but that was a bug being fixed in BDV20b I hope

3. Sounds: Just a few new sounds here and there most notably new shotgun and plasma gun sounds which I think you guys will like and recognize the plasma sound.

Ever since MrIcarus's review of the mod, major work has been done to improve the experience.

It's been a long time, but I am finally ready to release this!

Ali's Brutal Doom v0.7b is scheduled to be released on Friday!

Many changes to the mod have been made thus far. Many improvements should come about hopefully. The release date is still set to June 28th.

A major update to the last version of Ali's Brutal Doom. It is far more playable and has more features.

So this is an unfinished map.Im not going to finish it because i dont have time for it.But its wayy too fun not to post this.Seriously i played it at...

made it super easy now with a read me this should work. If not it might be due to driver or graphics card issues. Also note this can be used in other...

Here it is guys as promised on October 1st. Remember you can delete your old Hud stand alone as well as the HD pack for items , barrels lamps ETC this...

which version of gzdoom i need for this? it works perfectly on doomsday but i cant make it work on gzdoom, so far i tried 3 versions

What do you mean you ran it on Doomsday? Like the Doomsday Engine?

This is epic and weird i cant understand so much about that.

well how the hell do you install it? i moved all the contents to the gzdoom folder, remov3ed the .bak in the file, and nothing happens. just runs normal gzdoom..

What I did, is that I removed the bak extension to make it a pk3 file, then set it up in a shortcut to run it with gzdoom. And it worked for me.

Have you tried click-dragging the mod files on top of the exe or making a batch file?