The first map in the BattleNodes series is called Orbital Core, and revolves around the dispute between two factions over a large space platform. A fight for supremacy, resources and honor begins!
More maps with different terrain and layouts are being planned, although at this time we are focusing mainly on the launch of Orbital Core, as every new map will use this one as a template.

The fourth installment of the BattleNodes: Unity Development Report is here. What are we going to talk about today?

Today we are going to reveal the final Control Zone (CZ) by taking a look at Operations. So what about this zone? First of all, the placement: this CZ is located right next to the southern exit of the Red Team base.

The landscape is rather strange and unsettling, as the entire Ops section was destroyed during the conflict. Burning buildings, shattered technology, destroyed walls, fire and smoke everywhere. It is not the place where you'd want to spend your vacation.
On the bright side, it is the perfect place for an ambush! 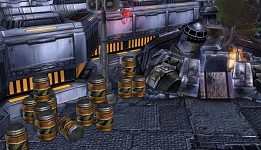 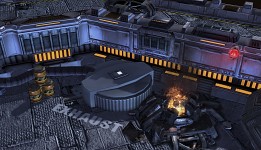 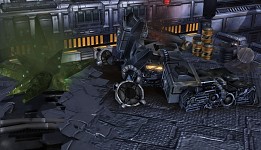 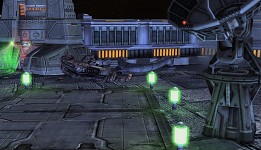 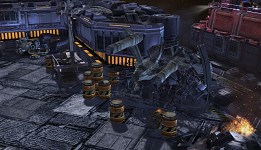 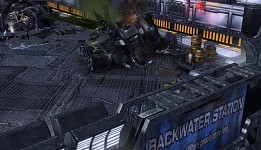 Now it's time for the current version of the map layout. Nothing more to add here, but the big picture itself. 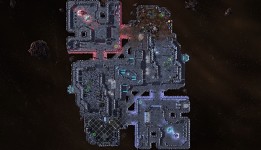 Actually, there is something to say here: the picture above is a work in progress (WIP) screenshot. Please keep in mind that many changes may occur before the public release.

Now what about the A.I.? We've mentioned it in the last Dev Report, so what's the story? Generally speaking the decision of having an A.I. implemented came from a simple fact: chances are that, at least at first, there won't be many games available on the net, so what better way to test the map but to add some computer controlled opponents and allies, right?

The A.I. will not be designed to specifically pose a great threat to a player who knows what he's doing, but it may give a new player something to worry about. The simplicity will help everyone get a general feeling of the map and give you a good idea of what the gameplay consists of. While if required/requested the A.I. might be improved in the future, the release version of it will exist simply to guide all new players throughout a game.

Of course, the best experience will always be achieved by playing with other people :)

With this we're wrapping up the fourth BattleNodes: Unity Development Report. If you are interested or simply curious, you can visit the mod's website at: Moddb.com
See you soon!

Welcome to the third BattleNodes: Unity Development Report. Even more screenshots, talking about snowballing and news about the completion status of the...

Welcome to the first installment of the BattleNodes Dev Report. Today we're going to take a look at some terrain, design decisions and some changes that...

BattleNodes: Unity, a competitive Starcraft II modification has been announced!

I thought the title said "Battle(Something):Nudity"*Facepalm*My reaction to that was "What in the-?Oh it says UNITY!Oops."

Will this have AI support?

While it is primarily a mod designed for player versus player, a test version of the AI support will be released along with the first beta version of the mod.

This sounds pretty cool :3 But will this actually change the game or will it be a map?

I'm glad you find the concept interesting, Berethor.
It is going to be a map/mod designed for quick 15 to 20 minutes fights. It has very little to do, mechanics-wise, with the actual standard game.

TBFA: Protection of the Sunwell StarCraft II: Wings of Liberty