Star Wars: Galaxy at War is a total conversion mod for Starcraft II. We will replace the playable sides with two; the Republic and the CIS (Separatists). Check out our unparalleled models, textures, and animations in the Images section, as we continue to work behind the scenes in preparation for the launch of Starcraft II.

Galaxy at War is a mod that aims to bring all of the Star Wars prequels, the first three movies chronologically, into one mod. Familiar environments, characters, and weapons from the prequels will appear. We aim for perfection, and we create every model, texture, or animation with extreme detail and high quality.

Our mod's new forums can be found at Revora under the Starcraft 2 mods section here. 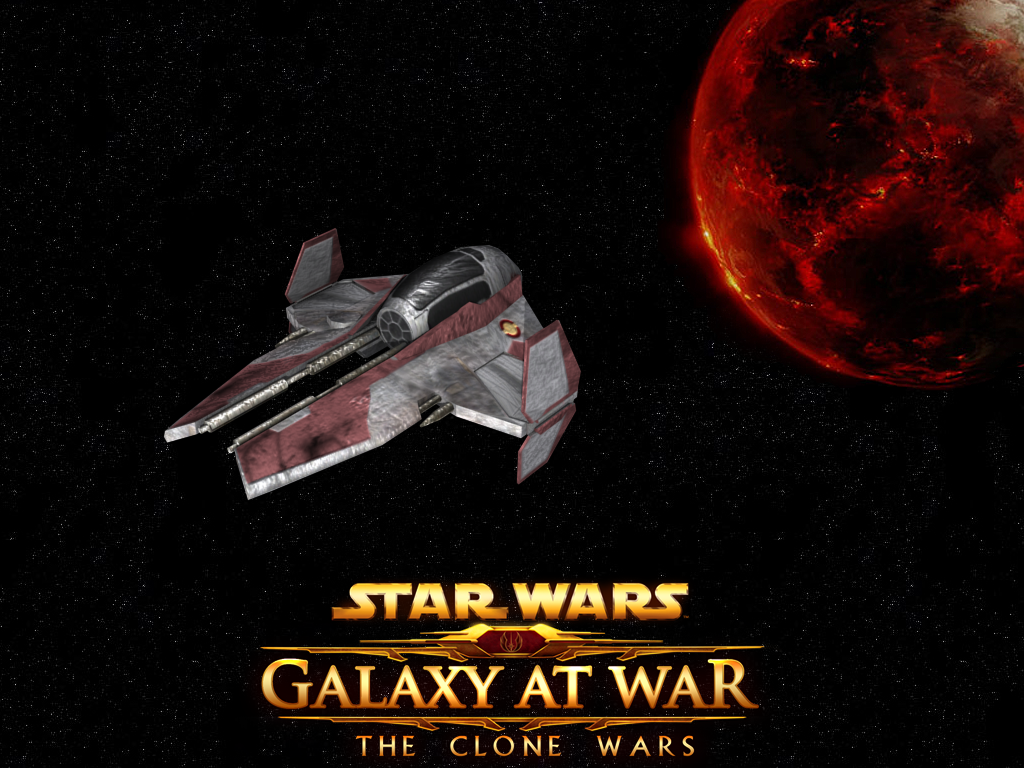 It's been a while since our last update, so I wanted to give you all a quick rundown on the mod's status. Currently, we have a medium sized staff, and are always looking for additional artists (modelers, texturers, etc). We are ready to start putting our art ingame and coding the factions and gameplay, but due to mod limitations set by Blizzard and Battle.net, we can't do that right now.

However, when the Mod SDK is released and Blizzard allows mods to have a much larger file size, we can begin to code our units ingame and work on getting you guys a beta.

With that said, I'd like to introduce the newest member of our staff, David Radford. David is a professional freelance artist with a background in creating Star Wars themed art, so he is an extremely valuable addition and we love his interaction and output. Here is his first piece of work, a Work-In-Progress sculpt of Saesee Tinn! 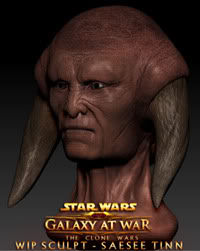 Additionally, we'd like to show you a render of the AT-TE, modeled by staffer Dr. Nick. 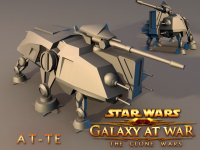 New renders released of the LAAT/i Gunship for the Republic Faction. Also check out our new forums by following the link on our mod's page or in the news...

Two more renders have been added in our media section! We have recently released renders of the 501st Clone Trooper and Commander Gree of the Republic...

To accompany our behind the scenes modeling, texturing, and animating progress, we have also been developing a website and forums of our very own. Head...

We are moving the mod to Starcraft II. SCII provides many more opportunities and will make for a much better mod than CnC3. In the recent future, we will...

Delete this page if the mod is dead, and pass source files on to someone else who can finish this.

Respect for the developers for their hard work. Good luck. Maybe someday your mod outgrowths to star wars battlegrounds.

god damn it! Grrrrrr at all of these partially finished sc2 mods that I would love to play lol!! bah!

But if it's discontinued, why don't you just give your work (what's done so far) to other modders who can finish it? And then, you'll have something to show, something great, and not just a dead mod-page with a few old screenies and videos...

How grand this mod would be!

What a waste of time to just let it go. all that work for nothing...

would really like a deffinate if this is dead or not?