OUTDATED - See version 2.0 (refer to article for link) Third Age Total War sub-mod that features the Kingdom of Arnor as its own start-up campaign faction. The old glory & splendor of the Ancient Kingdom of Arnor shall be renewed!

Arnor Reforged is back as version 2.0 due to major changes from last release.

If you haven't read the summary description before, just know that this is a submod to Third Age Total War 3.2 (TATW 3.2), which, as the name suggests, focuses on having the Arnor faction campaign-playable from the BEGINNING.

In TATW 3.2, one would have to play as Free Peoples of Eriador faction and meet certain criteria, before converting it to Arnor faction. Which, not only was the conversion not 100% complete (some things remained from Eriador faction), but by the time you get there, THE CAMPAIGN IS PRETTY MUCH OVER.

Not anymore! Not only does this mod allow you to play as Arnor from the get-go, but all units, labels, culture-settings, textures, and other campaign items are 100% Arnorian, period!

Previous releases had minor issues with campaign building construction, unit textures, cultural settings, family tree, and recruitment. Version 2.0 is quite possibly light-years ahead of these problems!

1. Gandalf and Aragorn are no longer chrome, and have texture for Arnor faction.

2. Arnor had no campaign start-up relationships with any factions, not even rebels! This has been adjusted; Arnor starts off allied with Gondor, and at war with Eriador & Rebels.

3. Arnor faction still had captain portrait from Byzantium faction (vanilla base). This has been replaced with an Arnor soldier's portrait.

4. Many rebel settlements started off with no garrison, and were always captured right after 1st turn. These empty settlements have now been garrisoned, adding more challenge to all factions.

5. Mordor family tree was messed up; to be fixed.

I didn't stop at fixes, and so I strove on to make the gameplay more interesting, fun, and above all, unique.

1. Renamed rebels from "Bandits" to "Independent Realms" & all associated labels.

3. IR faction can now recruit all units of all factions in campaign, based upon locale. It's a great campaign for non-stop action!

4. IR can construct all buildings from all factions in campaign, based upon locale.

13. Strengthened Arnor units to be on par with Gondor units.

15. Made stronger Arnor units recruitable at earlier settlement stages (EG: Large Town barracks can recruit Arnor Men-at-Arms; this may be done a little more with other factions as well...)

16. Orc AI to be more aggressive (an attempt, may or may not be in next release).

Some work is still left to be done before 2.0 is ready for release, but it should definitely be so within the next 1-3 months, safe guess.

Thank you all and hope you enjoy Version 2.0 within the next few months! 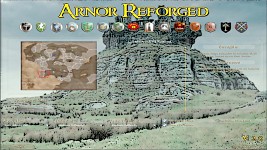 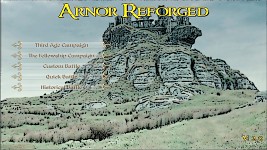 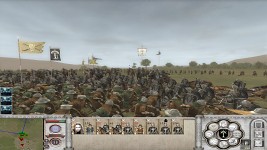 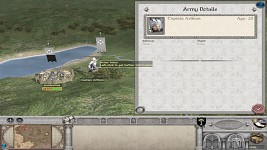 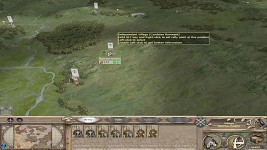 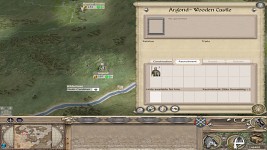 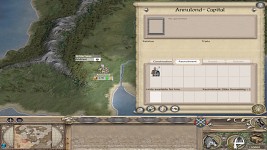 A new release for the Arnor Reforged submod (v 1.3) has been released May 22nd and features a dynamic & exciting non-canon story line to the Lord of the...

Improvements are being finalized for the Third Age Total War submod: Arnor Reforged THIS WILL BE RELEASED THE NIGHT OF MAY 21ST 2019

PATCH - NOT A STAND-ALONE. MUST HAVE "ARNOR REFORGED V 1.3" FULL VERSION FIRST. THIS IS TO ENSURE YOU CAN BUILD CULTURAL CONVERSION BUILDINGS FOR ARNOR...

The Great War of the Third Age of Middle Earth is looming ahead. The Northern Dunedain's time for a resurgence is at hand. The Blade That Was Broken Shall...

The Great War of the Third Age of Middle Earth is looming ahead. The Northern Dunedain's time for a resurgence is at hand. The Blade That Was Broken Shall...

does it work with unofficial third age 4.0 ?

Having been playing until around turn 40 as the Kingdom of Arnor, I have found several things which needed to be changed.

Kingdom of Arnor does not start in war with the rebels as every other faction does. Nor does it start with any diplomatic relations with any other faction. However its starts with an ridiculous strong army, consisting of more than 30 units of experienced, good Arnorian units and a treasury of no less than 100.000 gold. I would decrease the treasure, and give Arnor, no more than 10 units to start with.

In my game a deleted around 20 units to make the game more of a challenge. I recruited a diplomat and send him south to Gondor togheter with Aragon and an army consisting of 7 units. I made an alliance with Gondor and bought Minas Tirith for 70.000 gold, so I could have the line of Isildur sitting in the city of Kings. Until now a very fun game, though way to easy.

Appreciate the info and am glad you enjoyed it (albeit not perfectly).

I've been working on a new release which fixes and improves many things including the Arnor faction by decreasing start-off army size and revenue. I had those buffed since you started off with essentially 0 dunedain culture, but that has been fixed for next release, just like everything else has/will be :)

After installing this mod, both the Rebels and Dark Lord of Mordor factions are now playable from the campaign selection screen for some reason. Also, the textures for rebel armies on the campaign map are completely messed up AND any Arnor city without a general/units stationed in it has the Byzantine flag from the vanilla game.

Next release is aimed at hammering up the rebel faction as a fun campaign player. Any quirks with them are being corrected. The Dark Lord of Mordor faction was left playable when I was experimenting with their gameplay, and I saw no reason to remove them since other players might have the same idea.

As for the Byzantine banners displayed in empty Arnor settlements, I don't see how that's an issue. It's not a good idea to leave any settlement empty anyway ;)

Hello. How can i add this to my Steam Third Age?

If that doesn't help, check my most recent comment there.

Around Turn #20 is when you have enough culture (if you built libraries first).

You should be able to hire Arnor Swordsmen mercenaries in the mean-time. What you start out with should allow you to wreck Eriador. Their units are weak compared to Arnor.