The purpose of this mod is the add a little more balance to the game to give some factions more of a fighting chance while also enhancing some of the map features.

-New Others Faction: Adds the others as a playable faction however it is recommended to leave them as an AI faction as they are too overpowered. Feel free to try them out though.
-New Buildings: Adds more building to construct so that factions may increase income of build more troops. Also the return of smithies.
-Tweaks to the Map: All factions now have a fortress as their starting capital and the ability to construct roads anywhere.
-Custom Strat Map Models added: To add more flavour to the map the more famous settlements such as Casterly Rock or Storms End now have custom settlements.
-New Targaryen Faction, No dragons.

Age of Petty Kings: Ice and Fire V1.2 Wrath of the Others 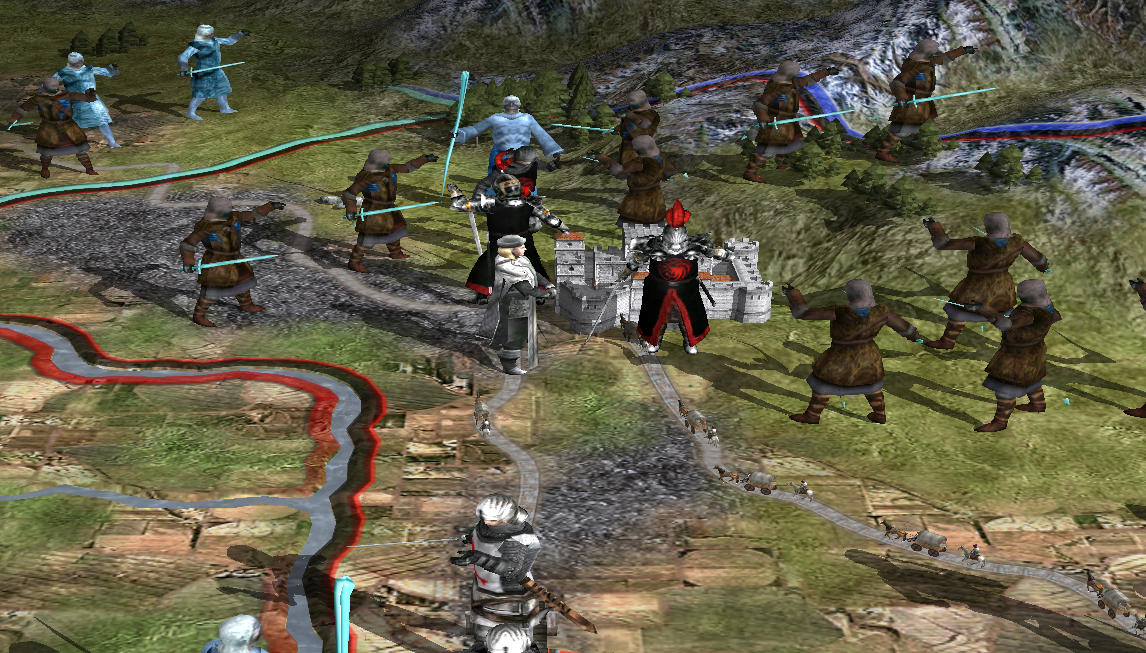 The Battle of for the Dawn has begun, hope you enjoy it. Feel free to leave any comments below.

Version 1.0 of the mod has been released, a Hotseat Forum has also been opened to host games. Go to the forum to sign up and choose your faction!

The first release will be today. Enjoy and provide any feedback.

This version is stand alone, delete any previous versions before installing. To install extract the folder and then cut and paste the Petty_King_3 folder...

Added win conditions for each faction, contemplating both Long and Short Campaigns.

This version is stand alone, delete any previous versions before installing. To install extract the folder and then cut and paste the Petty_King_3 folder...

Age of Petty Kings: Ice and Fire V1.2 Wrath of the Others WITH PATCH(OUTDATED)

To install simply download the file, then extract it and then cut and paste your Petty_Kings_3 folder into your mods folder and you are ready. Now your...

Age of Petty Kings: Ice and Fire V1.2 Wrath of the Others PATCH (OUTDATED)

-UPDATE- This patch has been updated, if you downloaded it before 15:00 on the 3rd of May download it again. It now fixes the others battle captains...

Thanks for deleting Germanikus AI from the latest version. Now its stable and have no even one CTD. Thanks for this. Now i`m playing without any problems.
Cheers!

will there be a new patch or version coming?

hellou again,i have created a mini mod that changes all portraits from all cultures plus changes all named characters portraits to 2d art,would you give permission to post it here on the mod page as it makes more sense?it has been days and the mod hasnt been authorized yet,i also created a similar mini mod for the old age of petty kings version that has wildlings playable

hellou there,is it possible to recruit Rhoyne units?or it is just queen nymeria's starting army and that is it?

By capturing the steptones you can recurit essosi units, the rhonar are limited to nymerias army though to represent their intergration into dornish culture

i see,thanks for clearing it up,you gave em a good idea:was gonna play a targaryan campaign,but instead i will play a dorne one and capture the stepstones so i can get those enossi units

they units are so cool though,besides it is good to have the targaryans in a mod that is not too heavy

It broke the immersion a little though, i had to rename and revamp thier entire faction to make it feel like it was AOPK. You should add more units also, i brought some sick ones over from the Elder scrolls mod