A new release for the Arnor Reforged submod (v 1.3) has been released May 22nd and features a dynamic & exciting non-canon story line to the Lord of the Rings saga. Play as the Lost Kingdom of Arnor and have Aragorn reclaim his birthright!

***YOU MUST HAVE "THIRD AGE TOTAL WAR" MOD WITH PATCH 3.2 PRIOR TO PLAYING THIS SUBMOD***

The Arnor Reforged sub-mod is a fantastic cure for those itching to play Third Age Total War (TATW) in a way it wasn't meant to be. While most sub-mods focus on making TATW more accurate to the Lord of the Ring's story line, this sub-mod is a 180 degree turn-around.

Arnor Reforged sub-mod features the Kingdom of Arnor as a start-up faction, and keeps all other factions playable still. Originally in order to play as the Kingdom of Arnor, you had to fulfill certain quests as the Free Peoples of Eriador faction (see Aragorn's "elendilmir" ancillary) which, by the time you could fulfill them, the game is already about over (unless you used cheats). Even after all that, the conversion to Arnor is still incomplete! It still shows your faction as "Free Peoples of Eriador", your armies and cities are still labeled that as well, your campaign coloring is still Eriador faction's, and your general's bodyguard is also still from Eriador.

Not anymore!! This sub-mod allows you to play as Arnor and to use their awesome units to wreck the North (and possibly Sauron himself)! The Arnor Faction's campaign has every unit, label, and color 100% Arnorian. King Aragorn is your faction leader, centered at the ancient capital of Annuminas, and Gandalf is in charge of the current capital Fornost Erain.

The backstory focuses on Aragorn, who, dying to fulfill his destiny as king. He gathers all his fellow Northern Dunedain plus followers and, with Gandalf's help, tries to assert his authority over his rightful domains. The resident free peoples however are against the notion of the restoration of a failed ancient kingdom, blaming the Northern Dunedain for the civil wars, unrest, and devastation that ruined much of the land. The Gears of War are turning between the Dunedain and free people rabble in a contest that will determine Aragorn's destiny.

If Aragorn's Northern Kingdom successfully subjugates its rebellious subjects, who could stop it? Orcs? Saruman? Sauron himself?

That part is up to you! 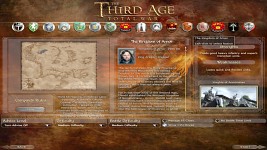 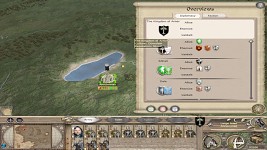 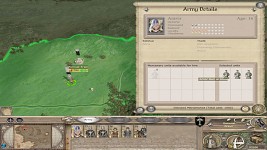 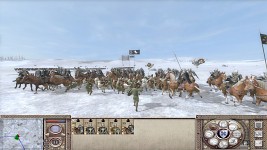