Age of Blades - an Age of Empires II based mod

an Age of Empires 2 based mod for Mount&Blade: Warband
MULTIPLAYER

This mod will give you the chance to fight battles in the role of the amazing Age of Empires 2 troops.
Available colors will be blue and red. The mod will contain a multiplayer-mode with new some new maps.

Also check out the mods official thread at Taleworlds forums.

All planned troops are done. You will be able to enjoy the following: 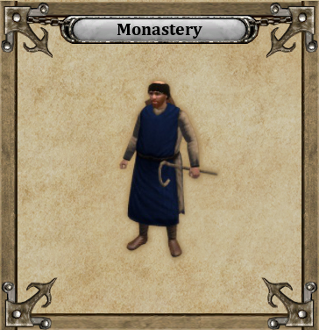 If you already own Mount&Blade: Warband you can begin downloading and installing these mods right away, if not you can purchase it now on Desura and get the game plus 13 mods. The game is completely stand-alone, you don't need to own Mount&Blade to buy & play Warband.

In Age of Empires II you commanded countless soldiers. Now you'll see what it's like to be one of them. Enjoy the beloved AoE2 troops in amazing Warband battles! 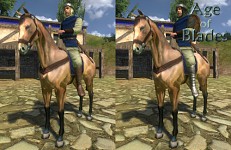 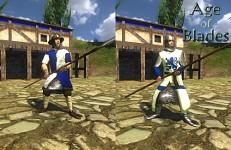 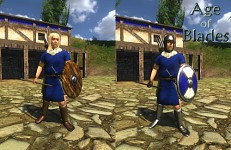 The stage is Rhōmanía (The Eastern Roman Empire). The lands of the Romaioi or 'Romans' have suffered greatly from the ravages of war with the Persians to the east, prominent ancient cities such as Jerusalem and Antioch and Alexandria have succumb to capture. Yet in the midst of all this strife a cloud is forming in the West. A Barbarian horde of Scyths who claim the prestigious name of 'Avaroi' grow stronger and more demanding with the passing of each new year. Ton Graikon 'the Greeks' have but one hope and that hope lay with their Imperator, Herakleios looked to as though a savior after assuming control some years back upon supplanting the tyrant Phocas. Herakleios has initiated a campaign of retaliation rather than war of attrition over lost provinces. With strategic diplomacy and he has sown a new treaty with the Avars in order to turn and plunge deep into Persian territory in attempt to strike at very the heart of the enemy.

Mercenaries is a multiplayer modification for Mount & Blade: Warband. It allows you to create your own unique character with his own persistent characteristics and inventory. Just register and visit our merchant to see a range of armor and weapons. There is a wide choice of rather useful weapon types. Even a dagger may be very effective if you know when it's a good time to use it. Also, there is no unfair leveling system. Everyone is on equal footing! Become a true mercenary and fight for gold and glory!

Uses Diplomacy mod as a base, adding new troops and units, new armors, horses and many others. Also tweaks weapons, items and troops making them slightly harder. 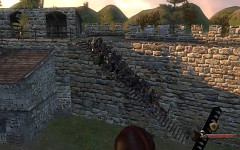 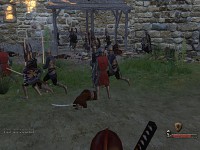 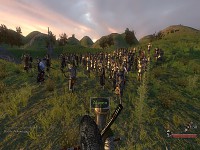 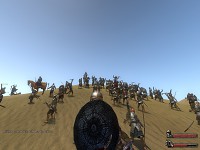 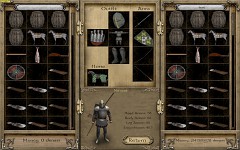 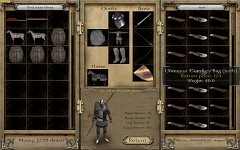 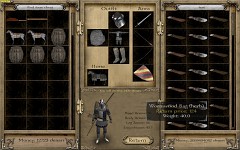 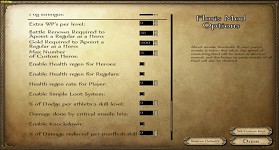 A popular modification for Mount&Blade, Europe 1200, gets ported to Warband now. With a bigger map, more factions, and loads of new content. A reallistic mod that takes the player to the Middle Ages, when more than 20 different factions fight for their own expansion and glory. 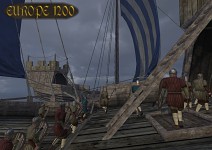 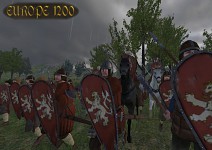 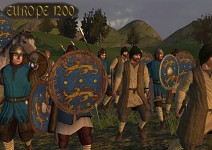 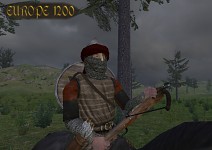 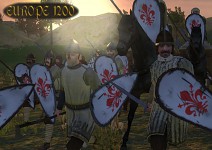 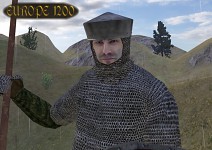 Attempts to reflect the reality of 13th century Europe. The starting point of the journey is year 1257 AD and attempts to be as historically accurate as possible. From this point on the player and NPC lords shape this land and fight for supremacy and control of the continent.

All of above mods are now on Desura, along with 6 other already supported mods:

If you have trouble running these mods via Desura or regular ModDB/IndieDB downloads, you can ask in the appropriate mod comments section - somebody may be able to help you. Also note that some of the above newly-published mods are in the beta stage of development and may contain minor bugs.

The waiting has come to an end! Finally the Mount&Blade: Warband Multiplayer-Mod Age of Blades is released.

Saturday I uploaded the first closed Beta version of "Age of Blades". ...and AoB will also be released in Spanish, Russian & Italian.

All troops are done - Have a look at them

I've finished all planned troops. Check out some pics of them.

In Age of Empires II you commanded countless soldiers. Now you'll see what it's like to be one of them. Enjoy the beloved AoE2 troops in amazing Warband-multiplayer...

Is there a way to convert this mod to single player?

I think this mod is dead :(

Kinda dissapointed about this mod

It's a great MOD. thought it was too good to be true to think about playing it on single player, and so it was.
Wonder if they're thinking of making the mod ready for single player.

the mod is free. The game its a mod of isn't........ You need to own Mount and Blade Warband to play this mod.

I don't understand who could grade this with a 1!! It's a very nice mod. A real musthave for those Age of Empires fans which own MaB Warband. It really brings back some good memories with the troops we had in that game. And what is more, in a 1st or 3rd person views, which makes it more fresh that ever. The addition of monks, and choosing the units by buildings are 2 great features, and unique as well inside the MaB modding. I would like to see this mod expanded someday. Hopefully with even more…

Multiplayer
Tags
Embed Buttons
Link to Age of Blades - an Age of Empires II based mod by selecting a button and using the embed code provided more...