1. -New system of character creation.
2. -New quests
3.-New textures
4. -Cultural stores - depending on the culture you visit you will find different products in the stores.
5. -Improved faces for NPCs and, new faces for women, men, and especially, new face for picts!
6. -Talk to village elder and Guild Master in menu.You can speak Guild Master in Town Menus
7. -New (and most Warband) bandits and mercenaries.
8. -Extra renown for winning the tournament.
9. -Make people love you, hate you, or fear you with a new system of improved relations with villages.
10. -Listen to the songs of the bards.
11. - New Pictures
12.- Improved Dialogs
13.-Dramatically increasing the cost of unit upkeep.
14.- troop tree in game - (see: camp menu > take an action > Troop tree).
15-. Improved dialogs.
16-. Add new menus in reports (Factions relations, lords relations...)

1. -A detailed map of the British Isles (including the countries we know as England, Wales, Scotland and Ireland now), with meticulous recreation of the coasts, rivers, forests and mountains.
2. -A map almost twice the size of Native.
3. -More than 40 cities, over 75 castles and 200 villages to explore, conquer and plunder. All with historical names.
4. -New Icons for forts and villages.

1. -31 Historical Kingdoms, all specific to the year 636. A huge world to explore: With Kings, lords, ladies, bards, priests and many other characters.
2. -More than 200 historical characters to interact with, their behaviors defined according to what we know of them. Meet the Brytenwalda Oswald, his brother, Oswiu, which will give life to future Northumbria. The pious Annan, who saw his brothers die in bloody wars with Mierce; talk to the beautiful Hild, be before Santa; the widow of Edwin, and Aethelburh; the warlike King. Penda, the murderer of kings; the Bishop Binarus; Talk to King of Powys, Eluan, or the legendary Nowy Hen among others.
3. -Nearly 50 extra “common” npcs like clerics, bards, quastuosas, spies, shepherds.
4. -Names npcs are in Old English, Welsh, and Irish.
5. -Bounty system – you can ask the tavernkeepers for wanted lists and become a famous bounty hunter!
6. Hunting system – you can hunt deers and boars in the woods of Britannia and Ireland.
7. Ship Travel – You can buy a ship at a Shipyard town and you can travel out to sea.
8. Expanded dialog system kit

This is a list of all Brytenwalda factions, sorted by cultures.

1. -You can enjoy breathtaking landscapes, towns and castles that will make you travel to another time. In an unknown world, where man forged himself, where the weak suffered the cruelty of the powerful, and your life depended on your ability to handle a sword or a spear.
2. -Brytenwalda will offer new scenes of spectacular beauty. Wander around the ruins of a Broch, or get to know a Saxon town, or simply watch from the walls of a Briton fort, attentive to the arrival of enemy raiders.
3. - New scene props

1. Dozens of new armor, weapons, clothes ... and new food...
2. Unique items.
3. Lots of textures for your shield, so it does not appear that all men are equal.
4. The elite of your men (and elite men of Lords) take your ensign painted on the shield. They are the cream of your armies.
5. Life is expensive, as it really was. You should forget to buy your sword and horse at the first opportunity, or to have a coat of mail quickly. You will need to save a lot scyllingas (currency of the time) for any luxury (although you can always win in the bloody battlefield).

1. -Improved sound system, so you can feel more immersed in the raging battle
2. -Music completely changed with new theme-fitting songs. In addition, you can request bards play medieval songs (music composed in medieval times and played on medieval instruments.)
3. -Ambient sound system: we can hear, for example, the noise in a tavern, or crickets at night.

1. -Size of armies more in line with the reality of 7th Century warfare.
2. -Skirmish War – you can create skirmish units and send them to ambush the enemy, entertain them, or prepare the ground before the battle.
3. -Reinforcements system – Towns and Castles can recruit from nearby villages to restore and maintain their garrison. While you siege a Town/Castle , you can attack recruiters and prevent them from bringing reinforcements to your enemy.
4. -NPC troops/bandits can join the battles nearby.
5. -It takes less time to plunder & raze a village.
6. -You can be evil – you can attack castles and towns without provocation or warning. You can attracts bandits under your flag and create your evil army.
7. -Camp Entrenchment - You can build, fortify and defend your camp.
8. -Messaging system – you can hire messengers (the spy unit) and send them to Lords (right button mouse) for trade, a challenge to a duel, insults, even give gifts!
9. -Supply Wagon - You can use it to store excess loot. Loot will automatically be added to the supply wagon after a battle. If you assign an NPC to command the supply wagon, you can send it to a town of your choice to sell any loot or prisoners you don't want.
10-Changed the cost of recruiting/hiring/upgrade/wages troops.

1. -Battle System features improved morale, training, historical weight of weapons, realistic speeds and many other things. It is more difficult to defeat the enemy now, you must think offensively, try win his flank…
2. -Realistic Tactics system with: Scildweall (shieldwall), ranks, square, and Wedge formations.
3. -Improved AI: Enemy armies meet your manoeuvers, when they defend, they seek the hills, and when they attack, their men will position themselves more effectively. Also, you can order your lords follow you and they won’t run off when they see enemy troops.
4. -All units are new, with new troop trees for culture, equipped according to the age and their status.
5. -Battle skills: You can use Battlecry (key U) and Warcry (key

in battles. With these you can boost the morale of your men and terrorize your enemies.
6. -Improved Auto-Calculation Battles: When simulating battles some troops get advantages. Mounted troops get bonuses on plain ground, infantry gains an advantage in woods while archers get a penalty. It is more difficult to kill elite troops.
7. -Wound system: If you fall in a battle, you can be wounded. There are many different injuries, from the mild to those that make you lose skill points.
8. -Enormous Battlefields (up to 4 times normal in some cases), so you can enjoy more of the battle and develop your tactics properly.
9. -Bridge Battles: you and your troops will fight the enemy on a bridge if you were near a bridge on the world map.
10.-Weapon breaking - your weapon can break in battle now!
11-. -Add Christian Cleric and pagans priest in battles.
12-.- Musician (horn) and bearers
13-. -Realism Causalities system.

1. -Reputation System: Limited party system based on your reputation. Your charisma and your leadership will help to attract men, but they will be at the mercy of your reputation. Higher reputation means more men will follow your flag.
2. -If you conquer towns and castles, you may recruit more men and you can have a bigger army.
3. -Recruiting from villages is now affected by persuasion.
4. -The cost of the recruits will vary according to your relation to the village.
5. -Each rank of persuasion increases the amount of supplies villagers bring out when you force them to give you supplies.
6. -Each rank of looting increases amount of loot you get for raiding villages.
7. -Each rank of looting increases the number of cattle you steal by 1
8. -Prisoner management skill of the player reduces escape chances.
9. -Ability to persuade prisoners to join you at the moment of capture.
10. -You can set free or murder your prisioners.
11. -The selling price of prisoners is according to their quality.
12. -Active salt mine, you can visit and work in the mine or put your prisoners there to work for you.

1. -Imprisoned lords escape far less often.
2. -Relations with Lords change faster. You may fall in well with them, or they will hate you to death for any insult and betrayal that you make (although it seems small!)
3. -You can give troops to ally Lords.
4. -Ability to kill Lords permanently in-game if you have taken them prisioner. 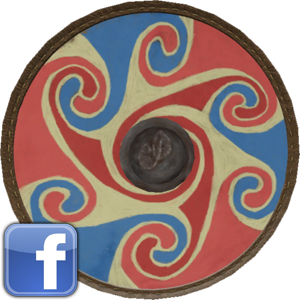 We are in the final stages of testing multiplayer.
You are all invited for a beta launch in which we'll play a siege
- one of several new multiplayer scenes.

So grab your war-gear, raise your shields and join us on the field of glory.
There is blood to be shed and stories to be told... stories of stouthearted men and their deeds.

The latest version of Brytenwalda is finally released: 1.39. Many, many things have changed. Please see list of new features and changes.

The latest version of Brytenwalda is finally released: 1.34. Many, many things have changed. Please see link for list of new features and changes.

I spent some time to improve the appearance of Brytenwalda on ModDB. Now you're able to download our latest patch here, read the detailed installation-guide...

Conquer Britannia of the 7th century and become Brytenwalda in our new version 1.31! We've added a lot of new features, like sea-battles, more realistic...

You will need the full version of Brytenwalda 1.4 (Special Edition) to use this patch. To install: simply paste all files from the patch to the Brytenwalda...

Brytenwalda version 1.40 for Warband 1.153. To install run the program. A menu appears. Click 'Install mod' and follow the instructions. At 'Select Destination...

Full version of Brytenwalda 1.396 for Warband 1.153. To install simply run the installer. If it does not find the installation path then navigate to the...

You need full version of Brytenwalda 1.394 to use this patch. Install by extracting the files to the Brytenwalda folder. Click yes to overwriting. If...

are there any newer version of this mod on another website?

I love the mod!

I hope this isn't completely rude of me, but I took a shot at copyediting your description. I noticed a few grammar issues and some vagueness. I fixed some of that. Feel free to use if you would like to!

Any chance we could get a sequel to Viking Conquest for Bannerlord ?

Does this mod have heathen factions or are all the factions, Christian factions?

Mercia and East Anglia are Pagan factions. there maybe a few others in that area.

Can you create your own faction and have CUSTOM troops or troop trees for PLAYER faction?

the module system of this mode was published?

Brytenwald is one of the best mods for MB I saw so far. Large world, lots of factions, extreamly large amount of custom content... This is not mod that simply adds something to the MB. It totally changes the game. It 'feels' totaly different. With large amount of factions you really feel that the world is living around you. On the other hand you might suddednly losing orientation in that chaos. It might be intentional ;) I highly recomend anyone willing to try something totally different then good…