From the book of Cuthbert, Erathian cleric and royal scribe:

The year 1165 after the Silence, king Nicolas Gryphonheart dies. Kingdom of Erathia is driven into chaos and anarchy. Hostile bordering nations take advantage from disorder. From south-west wild beasts and barbarian tribes of Krewlod rise in power. From west kingdom of Tatalia, inhabited by monstrous creatures from wild swamps and lizardmen. Our northern borders are under constant attacks from Deyja, kingdom of evil necromancers and their undead minions. We can count on our only allies, elvish kingdom of Avlee. Our alliance is fragile but it is our only hope.
Kingdom without its leader is weak, and because of that whole Erathia, from poorest pheasant, to most noble of knight are pointing theirs eyes onto Erenoth. Where from rightful heir of throne is going to arrive. Her name is Catherine Ironfist.
Despite of crisis, sun is still rising upon our realm and everything seems to be normal, although you can sense dread and disquiet in the air.
Year 1165 will be year of sing of thunderstorm and unrest...

We want to introduce you mod to Mount and Blade Warband game. Action is set in realms known to you from Might and Magic series. We are going to provide you opportunity to become hero, join one of eight factions and decide about fate of whole continent. You will take part in epic battles with creatures you know from Heroes games.

Mod will allow you to:

-Hire creatures known from series and meet and interact with heroes like Gelu, Sandro or Cragg Hack.

-Study secrets of magic and cast spells. You will be able to be mage, sorcerer, necromancer, lich, shaman, cleric itp.

-Take part in astonishing main plot and side campaigns for every faction.

-Have great time playing it. 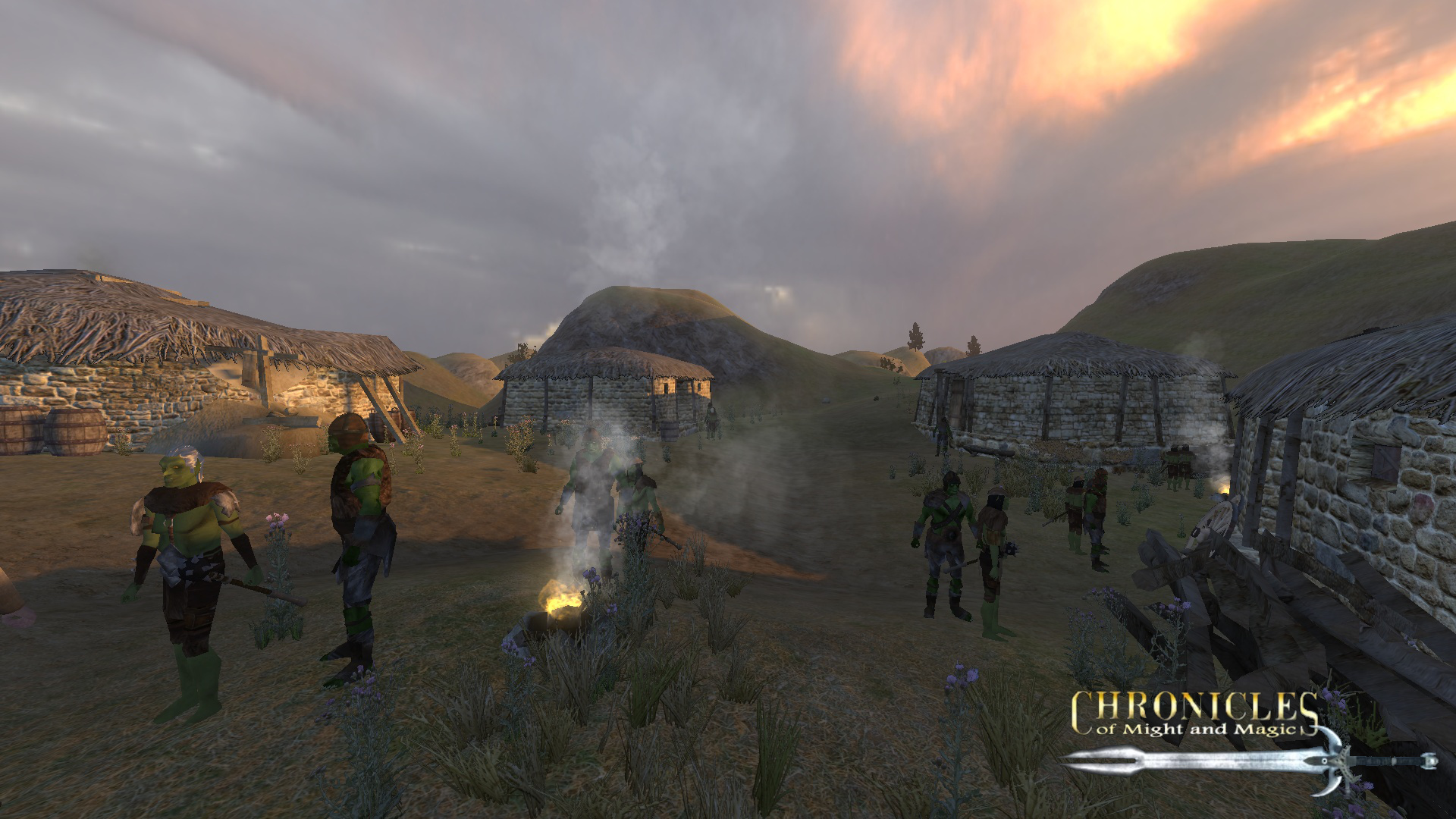 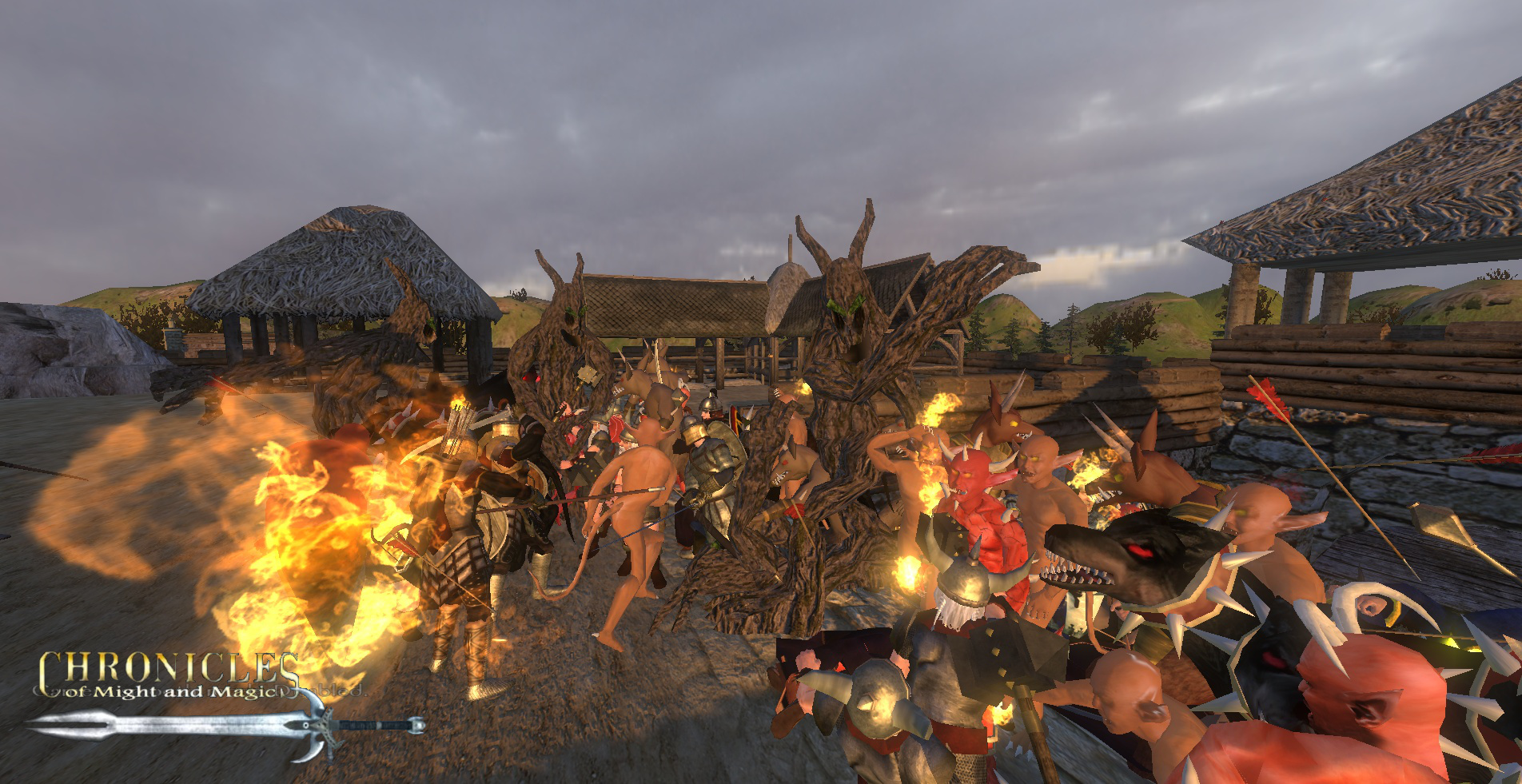 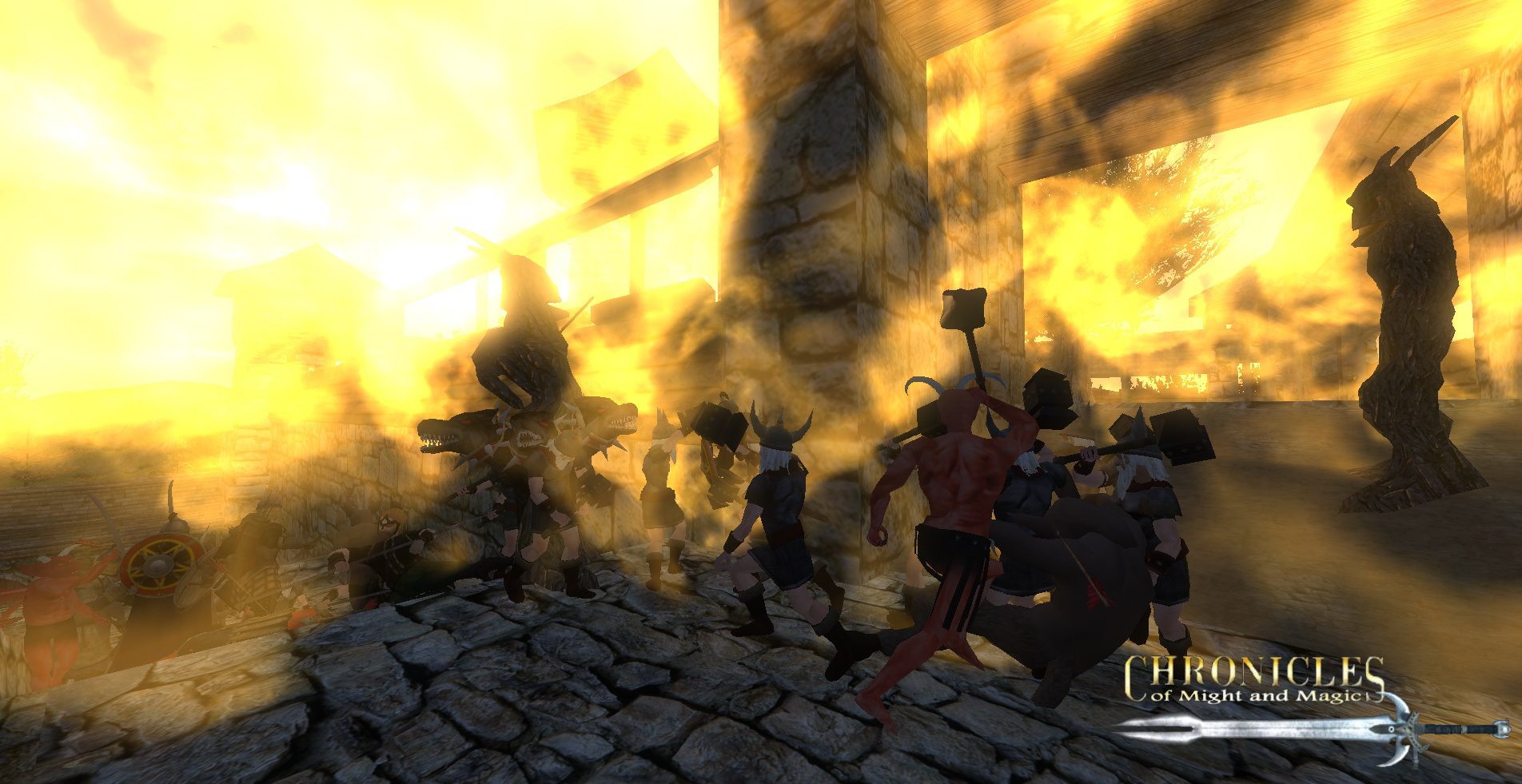 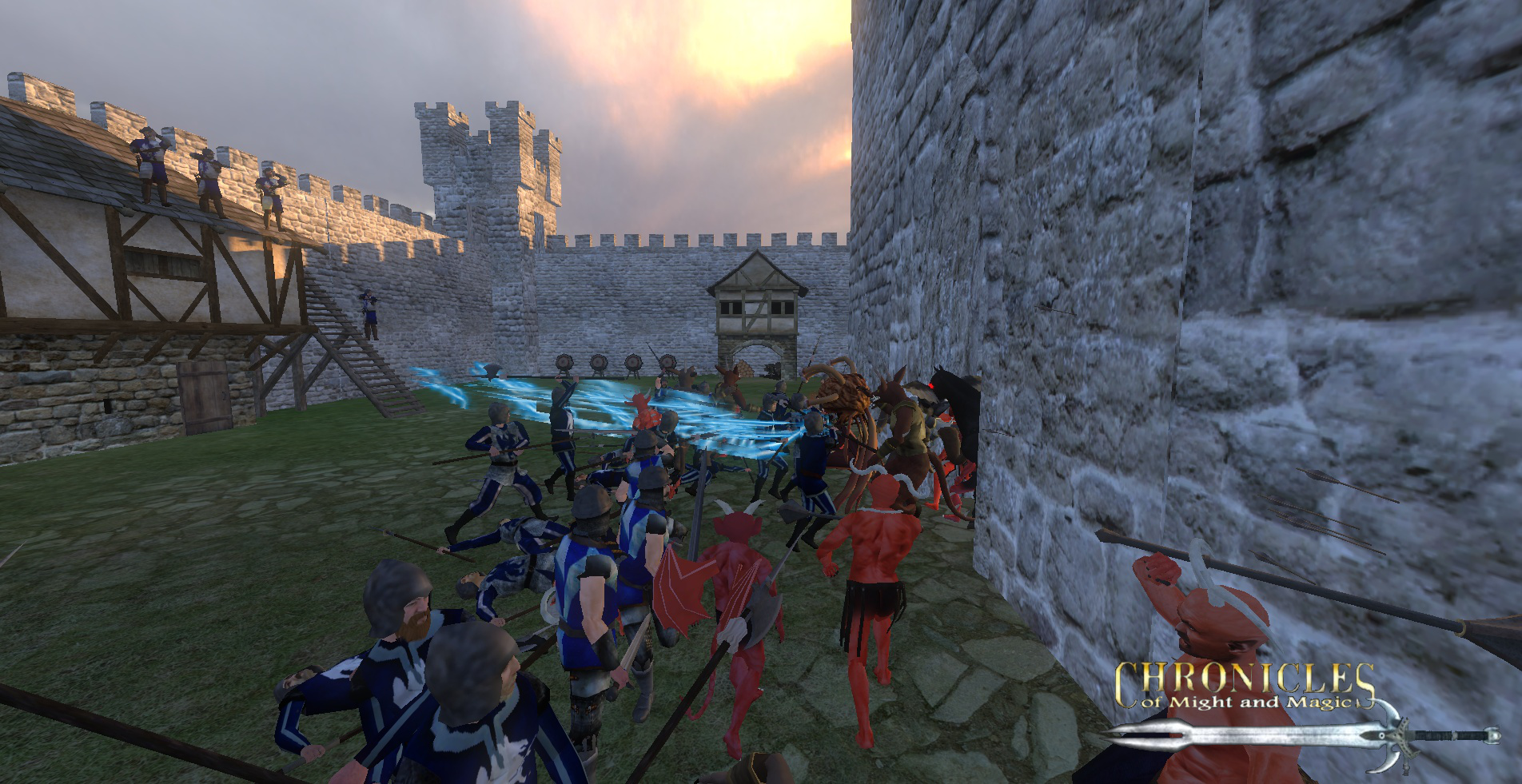 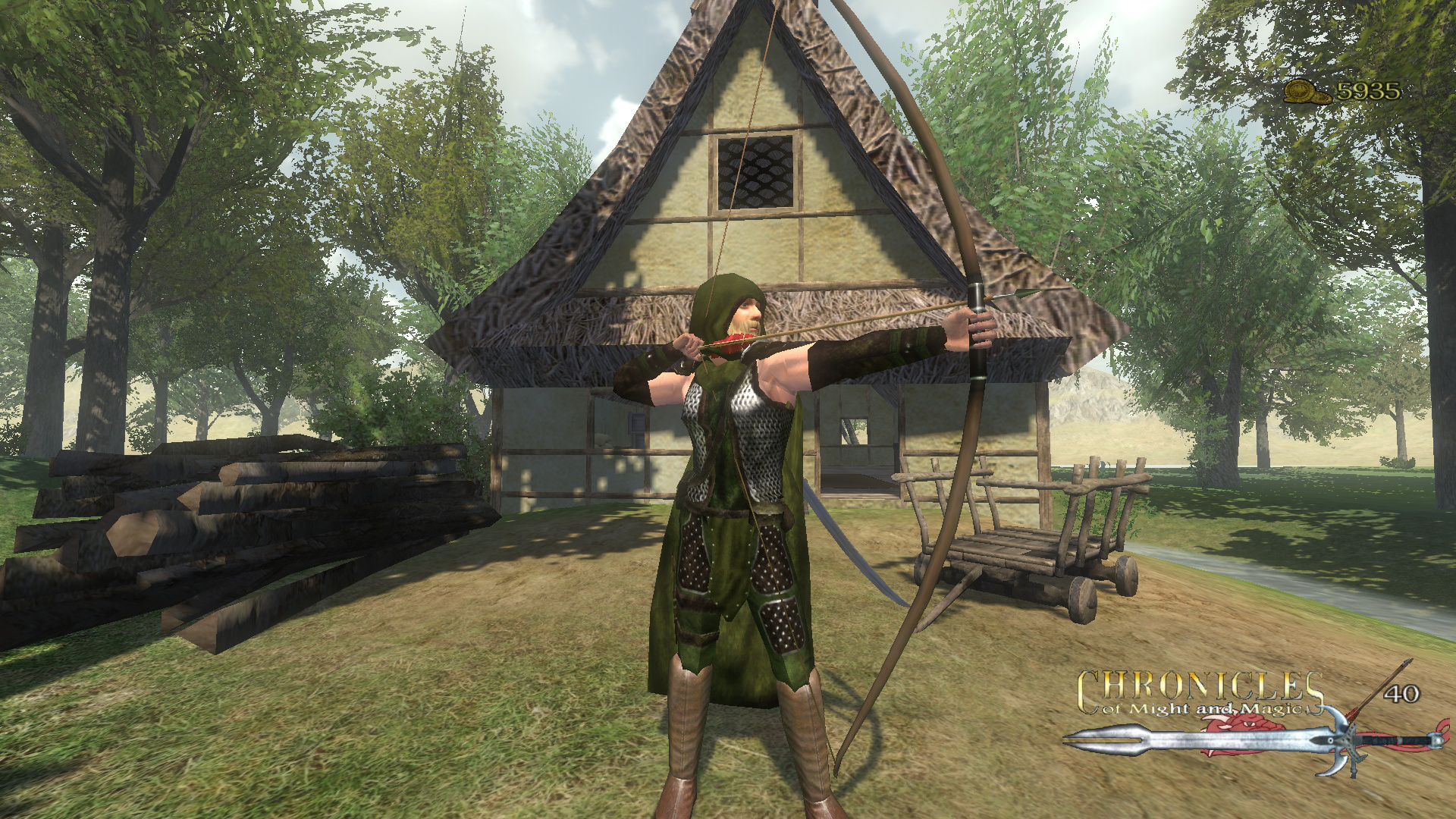 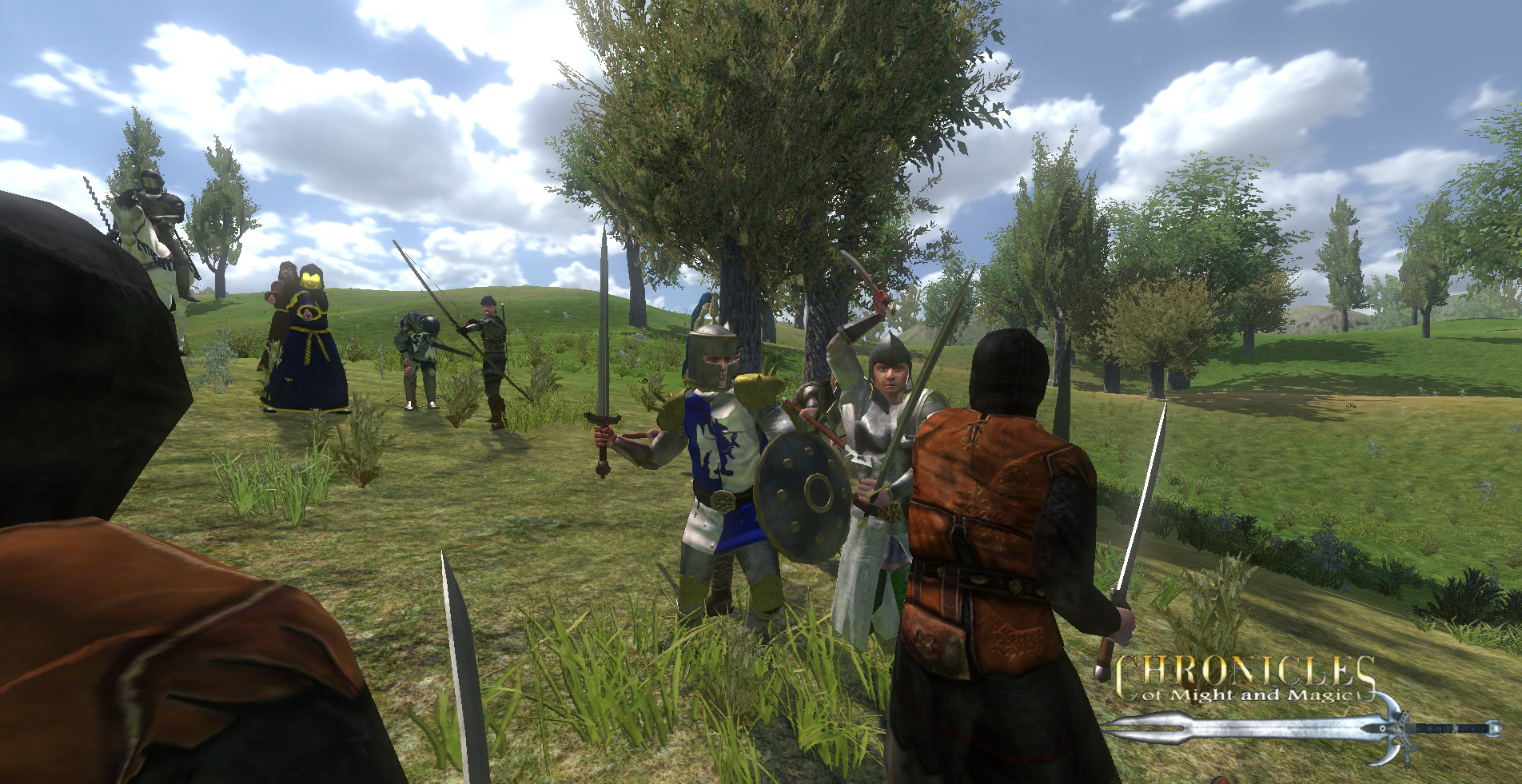 Official server is up and running.

You can now play on 60 slot dedicated server located in Amsterdam - CoMM_Official. It is currently set on invasion mode but we are open for suggestions...

New mayor version is out. REMEMBER TO PLAY IN ENGLISH! Jump into world of classic Might and Magic games and gain control of Antagarich. This version focuses...

Requires version 0.4. Just extract content of CoMM_0.41 folder to CoMM_0.4 directory(if you dont have it you can find it in download section). No catalogue...

This mod needs to be made for Bannerlord, both singleplayer and multiplayer. Preferably singeplayer though.

Guys, this is one of the best mods I've ever seen. As a long-time fan of both Heroes 3 and Warband, I can't thank you enough for your fantastic work on recreating the HoMM setting in Warband. I'd LOVE to see the finished version, but it's tons of fun and enjoyment as it is!

I wish i could revive the multiplayer

When you start as a kobold you have no weapons so punching the rat takes forever, has anyone figured how to kill titans, what about hit boxes, some seem to be so small cavalry have a hard time hitting ths small critters

Edit your stats so you can beat titans and everyone.

Recreate this mod for the bannerlord or give permission to the people, so if you dont want to continue, others will.

Great job! You plan do it for Bannerlord?

Single & Multiplayer
Tags
Embed Buttons
Link to Chronicles of Might and Magic by selecting a button and using the embed code provided more...