Characters and items. All players are able to customize characteristics and equipment of their characters.

Achievements. Currently there are 24 achievements and most of them are not easy to earn.

Mercenaries is a multiplayer modification for Mount & Blade: Warband. It allows you to create your own unique character with its own persistent characteristics and inventory. Just register at www.mbmerc.com and visit our merchant to see a range of armor and weapons.
Your multiplayer experience will be enriched by new abilities, achievements, maps, clan system and many other features. At the same time, in Mercenaries, there is no unfair leveling system and everyone is on equal footing! Become a true mercenary and fight for gold and glory!
To start playing, just follow simple installation instructions. Also, visit our Community Forums! There you can ask any questions, participate in discussions, make suggestions, report rule breaking and get technical support.

NOTE: Our game servers are located in Europe. Normally we play the battle mode but our siege server is highly populated every day between 17:00 and 18:00 GMT. During this hour, all players get double rewards.

Now any clan can build a persistent camp in Mercenaries Builder. Only leaders and builders are able to make changes in clan camps but anybody can make a non-persistent camp from scratch in the free build mode. In this mode, you don't spend real gold, but such camps won't be played in the game. 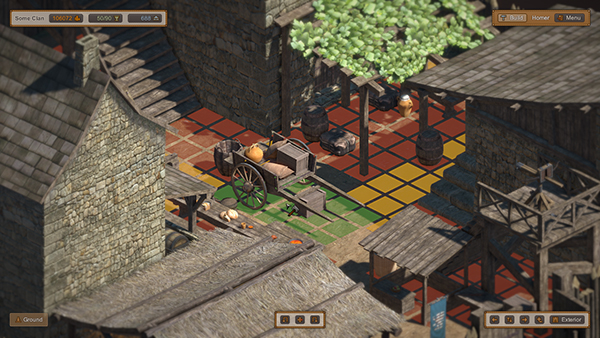 If a camp meets certain requirements, there's a chance that it will be attacked by other mercenaries on the battle server. The camp scene will be injected to the normal map rotation. The time of the day and the weather may vary. 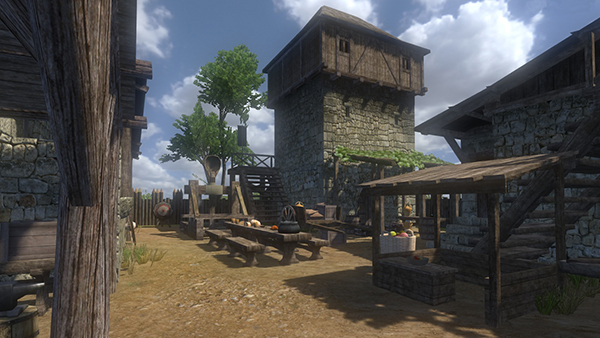 Attackers can loot the camp by staying inside the palisade. The amount of gold that can be looted depends on the rating of the camp. The aim of defenders is to kill attackers as soon as possible in order to prevent the camp from being looted. The saved gold will be added to the clan's treasury. Even if the camp was completely looted, nothing will be taken from the treasury. 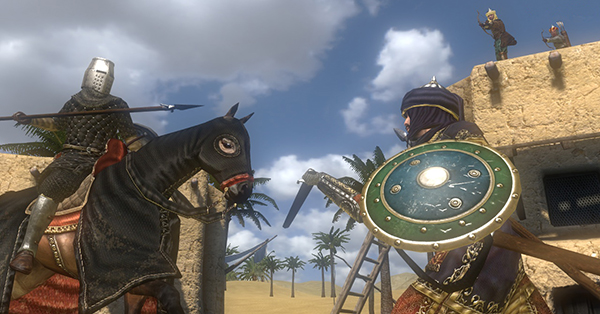 There's a new version of Mercenaries that adds new items, maps and other features.

There's a new version of Mercenaries and Christmas items are now available for all players.

This article explains how to start playing Mercenaries.

The latest version of the Mercenaries modification.

An outdated version of the Mercenaries modification.

A special application that allows clan leaders and builders to construct buildings on clan camps. Other members can use it in the free build mode.

You can install the module manually on Mac and Linux. Just extract this "Mercenaries" folder to the "Modules" directory of the game. If you play on Windows...

An outdated version of the Mercenaries modification.

An outdated version of the Mercenaries modification for non-Windows platforms (Mac, Linux). Can be installed by extracting this "Mercenaries" folder to...

Here's an invitation link for you to begin your journey with: Mbmerc.com

Here is an invitation link Mbmerc.com. Use it to register and let me know so i can give you some gold to start your adventure.

Hi I made an account HighOndr. Does your offer still stand? Made the
acc. just yesterday.

-Most of the day there are sufficient people to play with

-Very bad game mechanics making it inconsistent and unresponsive many times. It has nothing to do with warband. They made it intentionally slow and it's like it has incorporated ping.

-Customization of character doesn't seem to work properly.
In order to see improvement in movement speed for example, you have to give a lot of points to agility. Even if you raise your agility enough players with lower agility doesn't have a major issue catch up with you.

-There are people using cheats.
There is no option to kick them with polls. Also to ban them you have to take a screenshot of an incident and send it to admins. Bureaucratic and not practidcal at all.

- Totall lack of teamwork. First time i'm facing this problem so much in a multyplayer game. Everyone is trying to obtain achievements and high scores.

In conclusion avoid it

Who wanna play whit me ?

Great gameplay ! but not enough players :/