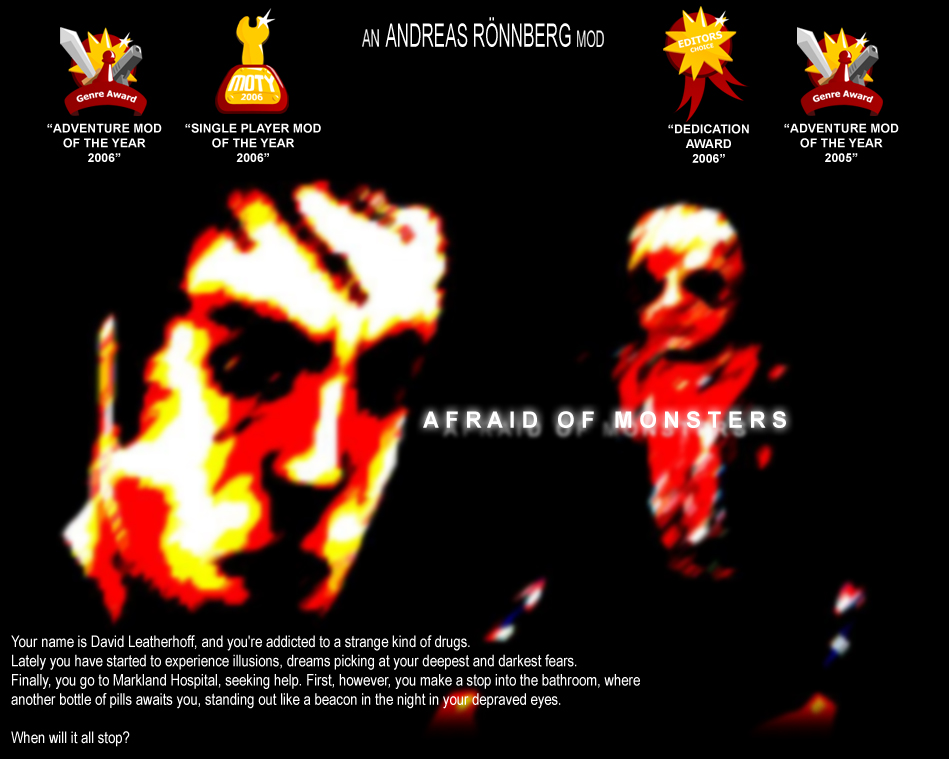 That's right! Happy halloween everyone! Now this period of the year is the best time for a horror developer (at least for us). This is why we're trying to make this event a bit special, with a couple of announcements.

First of all, it's the 4th year anniversary of the Afraid of Monsters: Director's Cut release. We're very proud of the mod, and we recommend you all to try it out during Halloween, and also while you're waiting on Cry of Fear. A trailer of Afraid of Monsters: DC is displayed below. Please visit the mod here: Moddb.com

The Cry of Fear progress is going awesome, and we've made so much the last month. Last week, I made another update that was 647 mb big and contained 814 files and 112 folders, and that update only took 2 weeks. This shows how great the progress is going!

Another cool thing is that the Single Player campaign is almost entirely finished. All the endings and all the unlockables are all finished. And now we're talking about 30 unique unlockables such as clothes, weapons, game modes (like Hunk in Resident Evil), developer commentaries, items and etc. This demonstrates how far we've come with modding since Afraid of Monsters: Director's Cut, which only had 1 unlockable (which we thought was damn awesome).

The coming months we will try and focus on the new game mode that I mentioned, and also co-op. And of course fixing bugs. This will hopefully go pretty quick, as co-op is almost finished as well. 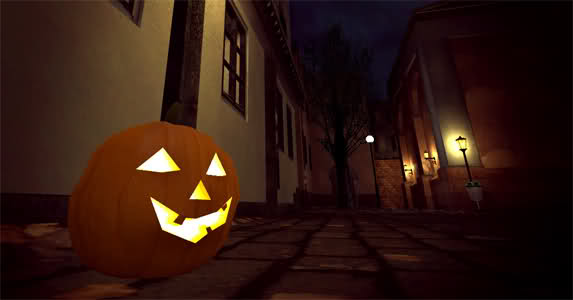 Unlocks for the community

We've also come up with the idea to have the community unlock certain things by liking our Facebook page. This was a great success when you, the awesome community, unlocked the Gameplay video. The result of it was that we started seeing new faces appear, which is the whole point of making a game - to entertain people. Therefor, we have made this little list here where you can unlock screenshots, videos and also the official Cry of Fear release date. Simply all you have to do is enter our Facebook page and like it. We want you to spread Cry of Fear around, so we can hopefully give the whole world an evil heart attack by scaring them to death with this mod. 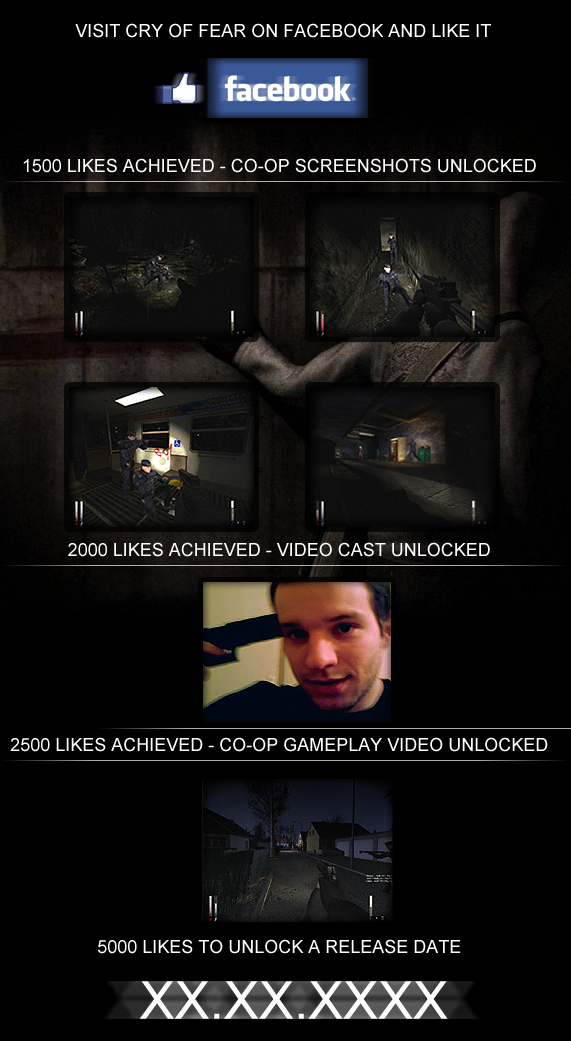 We're still stuck working with Cry of Fear, and will be a few months more, because progress is going a bit slow now. This is mostly because we're a small...

The making of Afraid of Monsters

2 days of shooting, 8 days of editing, covering 4 years of work - The making of Afraid of Monsters is finally here!

AoM Making of, and the last two episodes of the Dev Commentary!

Now here's the last two episodes of this developer commentary play through. In case you've missed the other news, those videos are simply a playthrough...

Special update! This news contains part 7 and 8, and I will continue to upload the rest of the videos every week. In case you've missed the other news...

This patch fixes most issues related to engine branch incompatibility and is designed to run using the latest "Beta" of Half-Life Steam version. Instructions...

This is a story addition mod.

This is frightening as hell. Very good mod. I did a lets play. Hope this help you out

can you play this on Mac.

What's the difference between this mod and the Director's Cut?

You probably already know this, but for anyone else who doesn't know: Director's cut has better graphics, multiple endings and better level design than the original

This is the scariest mod or any other thing I have ever played. I have felt what SCARED actuly means. There is NO way I can finish this mod, maybe after 5 years or so, but I totaly give 10/10.