Land of Legends: Heroes of Loria 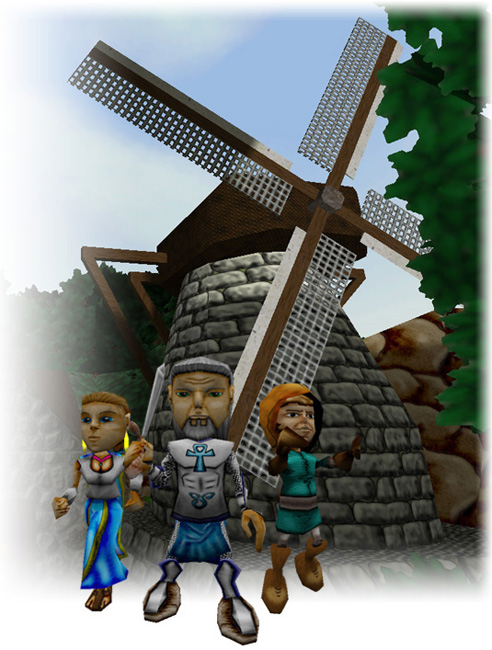 Originally started as a map-pack, the project outgrew itself and started a new life, a stand-alone mod. The action adventure (with RPG elements) takes place in the fantasy world of Loria, a Human kingdom besieged by conflict with the Orcs. A group of heroes, which includes you, is being cast down by the All-Seeing-Eye to save humanity once again. Travel alone or with your friends in co-operative mode through the rich and colourful world of Loria and end the Orcs' evil reign.

Land of Legends uses a Sven Co-op 3.0 code base, but replaces all origional content, surpassing SC's original customisability. Our model and mapping style ranges from toony to semi-realistic. We're trying to build a living and colourful world for the player to be in. This MOD was in production from 2005 to 2009 by a small team of developers called DevEd and was released in December 2009.

Frequently Asked Questions:
Why are you using Sven Co-op 3.0 for this mod?
We've had plans to make a stand-a-lone version of the game, but because none of the team members is a pro at coding, we had to find a base we were experienced with and that offered us the ability to use custom content. Next to that, we love co-operative play!

What size is Legends?
Land of Legends offers 13 unique maps following the main story and filled with sub-quests, puzzles and battles.

Will there be an update now Sven Co-op 4 is released?
No, we finished this project the way we wanted and have moved on to more capable engines to work with.

After we've announced Land of Legends a year ago a lot of work has been done, a lot of problems were solved and issues tackled and I'm proud to announce that Land of Legends - Heroes of Loria has been released! 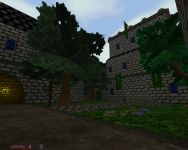 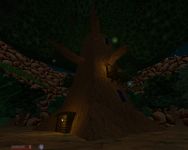 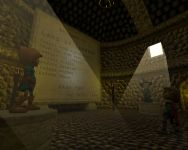 For the sake of nogstalgia, I'd like to give you a quick tour through the history of the MOD. It was Sphinx and I, back in 2005, who started off with "Chubbyland", a map for Sven Co-op. We created a lot of custom content of which only a few fragments remain in Land of Legends today, because we then took a step further to a larger concept of a map series. This is where Goanna joined us and from 2007 and on the project started to see some serious development. Scotsman joined us as our "sounds dude" and helped testing our maps. In November 2008 the MOD went public and January 2009 it hit ModDB. 2009 was a very engaging year, since Goanna left and Katana joined us and we also took a 2 month break from development, making all the difference. I would also like to thank the Sven Co-op Team for creating the awesome MOD which our MOD is bases on! I'd like to thank all people who've helped making Land of Legends what it is today. Even though the Half-Life community isn't as big as it used to be, many people stuck with us during the development and I would also like to thank those people as well!

The result of years of work lays before you now and I hope you're enjoying it as much as we do! So head over to our downloads page and grab your copy! While downloading, why not take a look at our manual to find out about the things that make Legends special!

If you like our project, please vote for us in the MODDB Mod of the Year award! Thanks!

Land of Legends is getting close!

Land of Legends is nearly done! This month's update shows a lot of new screenshots from the last two maps and one special bonus map. The release date...

In this month's update I would like to show our fans a few ways how we have been improving Land of Legends with environmental and visual enhancements.

Land of Legends is back!

We've made the decision to make a cut in Legends to release it sooner. The story will continue in a new version of Legends with our own custom engine...

The Half-Life Fantasy Mod, Land of Legends, is pausing all development on the project for this summer.

Looks interesting! Commenting here so I can come back later

The all-seeing eye= Sauron from lord of the rings

is this OpenGL only?

It should also work on Direct3D.

This comment is so old, CoF is released right now.