Advanced Warfare is a Sci-Fi mod for Red Alert 3, however, realistic gameplay elements, like tanks taking more damage on the rear than on the front or the sides, or normal tank shots killing infantry on one shot. The story takes place around the year 2700 after earth. (In our years, that's around 3500.)

Year 2700 after the destruction of Earth in the Year 2900 a.D. Countless Planets have been colonized in the past 2700 years, and now, there are 2 Empires fighting each other to death, the Wereth-Nefrae Alliance (Short: WMA), which have their HQ on the planets Wereth and Nefrae, both Earth like planets, about 400 light years away from Earth. and the Mars-Europa Coalition (Short: MEC). The WMA has almost lost the War, they have only 3 Planets left: Their HQ planets and a planet called "Gateway", it has it's name because it's the only way to access WMA space, a desert planet, the other 80 planets that where under their control have been lost to the MEC. Now the MEC is assembling an entire fleet of war and invasion ships to capture Gateway. Every single military unit the WMA has is being transferred to Gateway, and every single Civilian there is being evacuated.

And to the Gameplay:

It's quite simple: The player has to deploy mobile control centers near different kinds of tech buildings to gain access to them. There are the following Tech-buildings placed around the map:

-Fusion reactor: A kind of reactor that uses hydrogen isotopes to generate energy, buy melding them together to helium.

-Quantum tunnel gate: An Alien tech based structure, that uses Wormholes to gather infantry around the galaxy, think Stargate.

-Defense platform: A heavily armored platform with plasma cannons, rail guns and ion cannons deployed near strategic points. To capture a defense site, it's necessary to deploy an MCC near it's control bunker. If the enemy has captured it, you will have to use artillery to destroy his MCC.

-Shield generator: A massive building, which requires lots of power, that generates an impenetrable shield around it. The only way to recapture it if the enemy has it, is to send heavy infantry inside to destroy the MCC.

Greetings NLS fans! It is time for another NLS update.

This month it's all about teh bombers, jets, planes and things, starting off with the C-17B Globemaster III

The C-17 replaces the aging C-130 in all of it's former roles. Able to carry heavy loads over long distances, the C-17B is also the only plane capable of lifting yo' mamma.

Next we have a new model for the big, fat, yet not so fugly, B52 Stratofortress

The B52 has been the US's main heavy bomber since forever, dropping tons of explosives over anything unlucky enough to be under it.

Now it's time for something smaller in size, but high in power the USA Aurora Bomber.

This state of the art supersonic bomber now sports a shiny new model, courtesy of our modeler Helge.

All of the units we've shown so far will be used for both CnC:Untitled and Generation X. However this next one is a GenX exclusive.

Next up is Granger's Hypersonic Aurora

Not to be outdone by his fellow generals. Granger developed his own version of the Aurora Bomber. Traveling at even greater speeds than the normal aurora, the Hypersonic Aurora makes destroying the enemy base a breeze, literally.

Now on to more important things.

It's that time of the year again. You guys know what to do, click on those links and get voting NAUOOOGHWW!

to give you more reason to vote we have more updates from Advanced Warfare.

Shield Generator: These millenia old installations of unknown origin generate a bubble of Energy that blocks everything that impacts with a certain energy.

Aurora Bomber: These Bombers are designed to be dropped from space, attack targets and then land on an airfield. Its armament consists of 2 Nova Cruise-Missiles.

Finally we have an update from the Forgotten Fury mod

During the NWA retaliation planning, intel showed that the GLA had already suffered steady losses.

A strange vehicle has been reported on the battle scene. It it is unknown to which faction it belongs.

Enhanced pictures of the intel show these logos on the tanks: 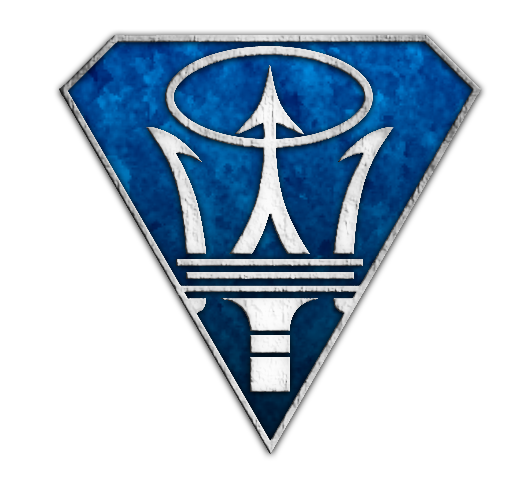 We ran it through several databases and couldn't find a match.

Conspiracy theorists, believe that these vehicles originate from Asia and that they are trying to take their share of the island.

If this were to be true, it means that Asia's secret R&D hasn't been standing still.

The vehicle features some kind of high velocity cannon and is fully amphibious. The apparently low weight of the vehicle gives it great speed which explains the rapid deployment of these vehicles.

Asia of course, denies any connection with these attacks.

This video, showing the vehicle, has been made public after prolonged legal casing by international news reporters.

Well that's it for this update, see ya'll next time!

The WMA's Raptor Drone's got a new job, as Infantry killer.

We've got a few more screenshots, of the MBT-3 Tiger, and a little video about the XB3 Aurora. And a new firing effect for the XHT-31 Guardian.

July update #2: Screenshots for you!

While testing a few units, I decided to take some screenshots...

it's NOT dead, I'm just focusing on TA for now.

Don't worry take your time. I can wait :)

This is COOL! KEEP ALIVE

There's nothing new to show, since I haven't done anything lately. Had exams, etc so I had no time at all.