Hi there everyone! I am MaceMadunusus, I started modding roughly 14 years ago on a game called Star Wars: Jedi Knight Jedi Academy. I joined the Movie Battles II team in order to create many new, unique, and interactive locations as well as to update some existing levels.

I have done a partial mini-revamp to Jabba. This includes parts of the map which were originally planned for a JabbaV2. Many areas are also left out, as they are unfinished. So pretty much, I just put the finished changes into the current Jabba, while leaving the others for potential future updates. This is the result.

There are only a few minor visual changes, most of the changes are behind the scenes in the form of brushwork and VIS. (The map is a mess)

So, here are pictures of the visual changes. The first few pictures you will see the big room in main has a lot more cover, and is a lot less open. The second set of pictures shows the area just outside of the door to the rancor pit. Instead of the mini-cantina looking area, it is now more of a cave with flames to light it up. 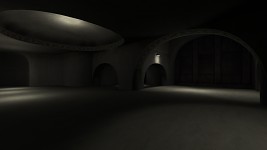 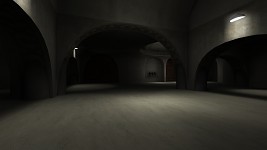 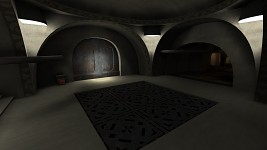 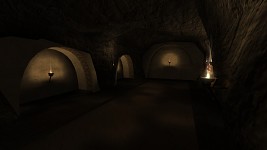 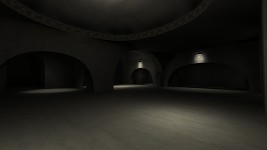 Here is a list of the CURRENT changes. A few more may happen during testing, you never know.

Welcome to the 7th Annual Mod of the Year Awards - the premiere event that celebrates the best creations within the modding and indie gaming scene. Developers...

The time has come to decide 2007's elite and what a great year it has been for mods and games alike. We've seen numerous games score 10/10 and now it...

Welcome to the 8th Annual Mod of the Year Awards - the premiere event that celebrates the best creations within the modding and indie gaming scene. Developers...

Mod of the Year is the largest celebration of hobbyist, amateur and professional modification developers. With record attendance and a massive number...

We are the developers behind the Jedi Academy total conversion Movie Battles II.

This is a group for all modders of JK3. All JK3 modders are welcome here. Jedi Knight Jedi Academy mods.

The team responsible for the development of the Jedi Academy Multiplayer modification known as 'Jedi Knight Galaxies' which is designed as a LMO (Large...

You've not said much in recent years, you dead mate?

Hi Mace.How's it going ?.I remember that you had problems in your life so i hope you are good(meant you fixed/solved them) and hmm i wanted to say sorry for what happened it in the past because i know that i wasnt patient and was annoying xD i feel same things about my self and if it is not a problem for you i want to ask something.Did you heard anything about Cloud City map ?.I asked this CC question because you know,lot of people is wondering...Well good bye.

Is stuff being done for Mb3 at all? Lervish said that practically nothing is going on

atm, its not moving anywhere

It's very nice ! But i have many question about your map in the UDK, is it your map ?

Mace!! I need your help I pmed you two times but you have not replied back. See theres a problem with a link to a map on your website the maps called MB2 Order 66 Kashyyyk and both the links are broken. I would really like to play in that map so if you could fix it thank you :).

My life has kind of taken a turn for the worst theses past few months. I have been unable to reply, and unable to fix the issue for the time being.

OH, I didn't know you were going through financial trouble. Does this mean that you will not finish things for MB2 like your maps? I know what it's like to go through things that you talk about.

I have passed my maps off to the MB devs, and they are working on getting them finished. It likely wont be up to my quality, but its the best we can do right now. They will be released though.

It isn't really financial trouble at all... its far worse if you actually think about it. I am struggling financially, but there are more important things to worry about like my mental health and stability, not going to jail, etc.

Wasn't Cloud city almost finished? to what percent to do think it is almost completed? I miss you so much though the maps the Mb2 team make is not the same without you. You will always be my favorite mapper. I wish you good luck batting your way in society and I hope you will someday come back to map again.

It was almost finished by the time this all happened. It was roughly 95% finished. Two months ago I handed it off to another developer so that they could see what they could do to finish it off. They have made progress based off the beta feedback threads, but I do not know more than that.

I really hope that I will be back soon, but I cannot guarantee anything.