Call of Duty: Modern Warfare 2 - Gets remastered without multiplayer 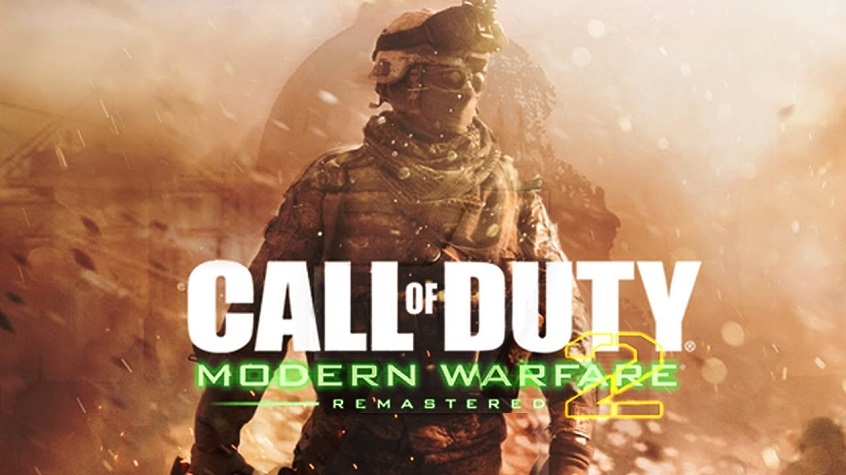 Call of Duty: Modern Warfare 2 - Gets remastered without multiplayer!

There were a number of discussions when Infinity Ward and Activision decided to include Call of Duty: Modern Warfare Remastered as part of the Call of Duty Special: Infinite Warfare, but eventually it became possible to purchase Raven Software's good upgrade separately.

Then we played both the single player and the multiplayer with a proper face lift and some gameplay changes, so there was no doubt that the raven had worked hard with the remaster of the great trendsetter for modern multiplayer games. Therefore, it is a little surprising that the company may not extend as long this time.

For a few days, Amazon made the mistake that they released Call of Duty: Modern Warfare 2 Remastered for sale for a few minutes before they realized the mistake and removed it. The damage was anyway done, and today, sources "CharlieIntel" have talked to confirm that a remaster version of the game is on its way, but we're most likely not getting into the multiplayer game.

This is what the undersigned has heard of. The reason why the multiplayer is not included should be that Activision wants to sell it for a lower price than Modern Warfare Remastered, and that they do not want to split the players between Call of Duty: Black Ops 4 and Call of Duty: Modern Warfare 2 Remastered.

The one-player part is nevertheless quite famous, so it may be enough to see just the refurbished for many. Then time will show how people react to a more realistic version of the much-discussed "No Russian" sequence. We will probably get the confirmation by no later than May 17th when Black Ops 4 is unveiled.

The ghost of dedicated servers continues to haunt Modern Warfare 2, as the flawless IWNet has been apparently struck down with a Trojan virus.

PC Modern Warfare 2: it's much worse than you thought

Modern Warfare 2 has long earned the ire of PC gamers for its lack of dedicated servers, but Infinity Ward has now announced that it's taking away much...

MW2 getting no modding love? ** Updated

Rob Bowling recently mentioned on a fan podcast some interesting details on dedicated servers for Modern Warfare 2 which could possibly change the way...

New mod from the developers of Call of Duty 4 - Polite people: There is a civil war in the United States. At the same time, terrorist organizations are...

New mod from the developers of Call of Duty 4 - Polite people: There is a civil war in the United States. At the same time, terrorist organizations are...

The latest release of Bot Warfare for Modern Warfare 2!

The latest release of Bot Warfare for Call of Duty 4!

The latest release of Bot Warfare for World at War!

The latest release of Bot Warfare for Black Ops 1!

hey! if anyone-anyone wants to feel like a soldier feel in battlefield, then i suggest that he/she should play the all parts of cod.

why you reduce my comments?

you said that all russians are communists.

Cause it uses the same engine as MW1 and contains very few updates. In other words, It's a "modification" of Modern warfare 1 passed off as a rather over priced game. Personalty, I'd give it 7 though.

Extremely unbalanced multiplayer, no modding API, no developer console, no dedicated servers.
Content and sound are great. Graphics are alright too.
An acceptable game.