This was created when the source code was released for Freespace 2. In addition, content update packs have been developed which take advantage of the upgraded game engine. These packs include higher-poly models and higher resolution textures. The end result of this project is to create a graphically superior (and far more flexible) game engine, while still retaining all of the gameplay elements that made FreeSpace 2 successful.

NTP version 0.6 is the first version, which I definitely feel is a version that comes closest to the original purpose of this project. Because with this version all languages were brought together for the first time, for which a FreeSpace 2 translation was created in the past 20 years.
This milestone should therefore be honored with the first article of the NTP: A Multi-Language Translation Library Interface project.

Version 0.6 of this multi language translation library offers support for seven languages in which FreeSpace 2 can be played.
The game can be played in English, French, German, Italian, Japanese, Polish, and Spanish now. 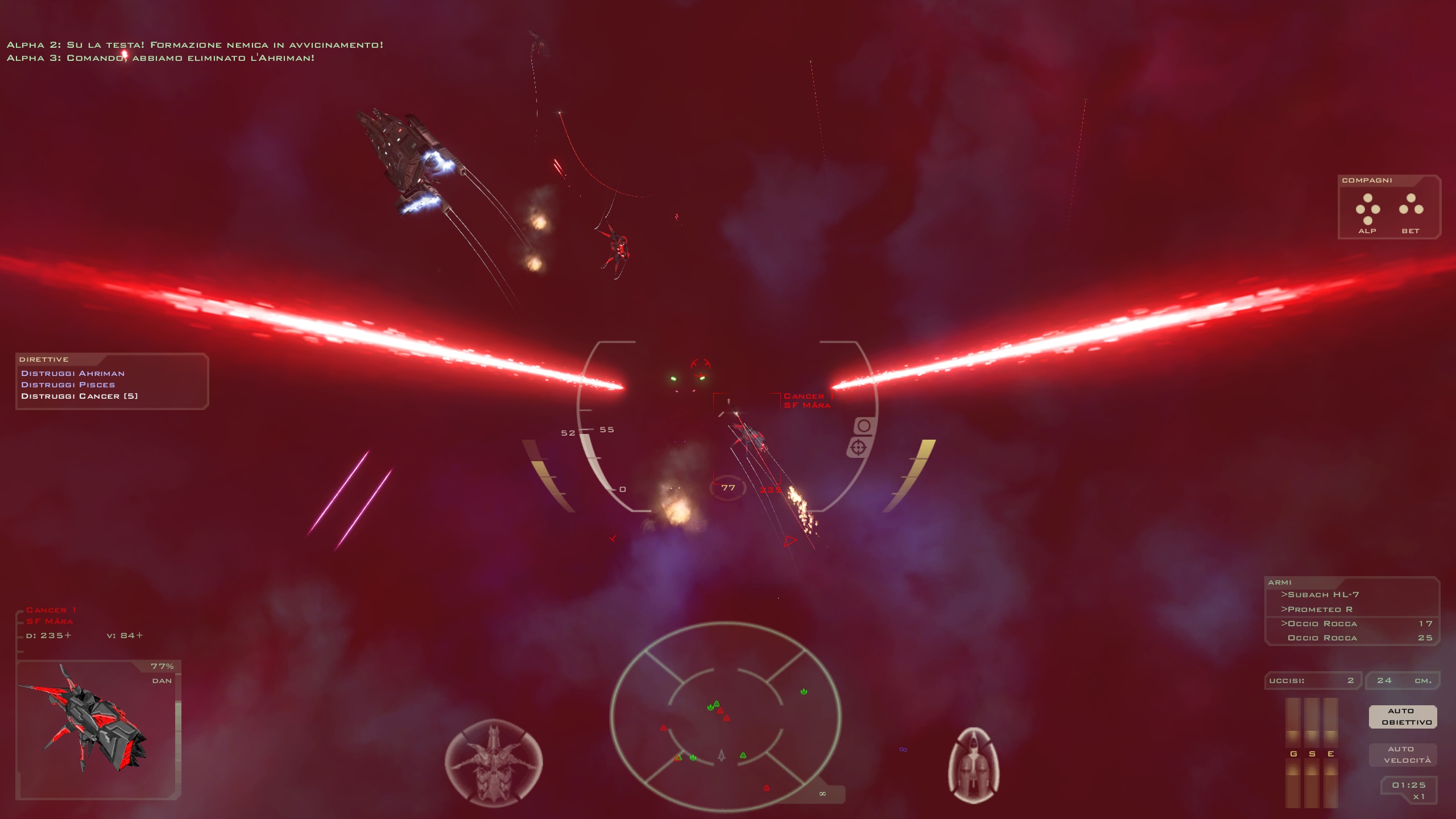 One of the two new languages that were added to FreeSpace 2 through NTP 0.6: Italian

An Installer has now also been created on the NTP project page, with which this modification can be easily installed and launched. However there is also a NTP release for the Knossos Mod Manager.

This installation program offers beside the basic version of NTP also a language selector as well as the NTP development package with make it easy as possible to create new translations or to expand existing ones.
For example, the Japanese translation is incomplete and does not include all menus and missions, and some other languages received isolated translations specially created by me, although I am not a native speaker and therefore resorted to dictionaries and translation programs. 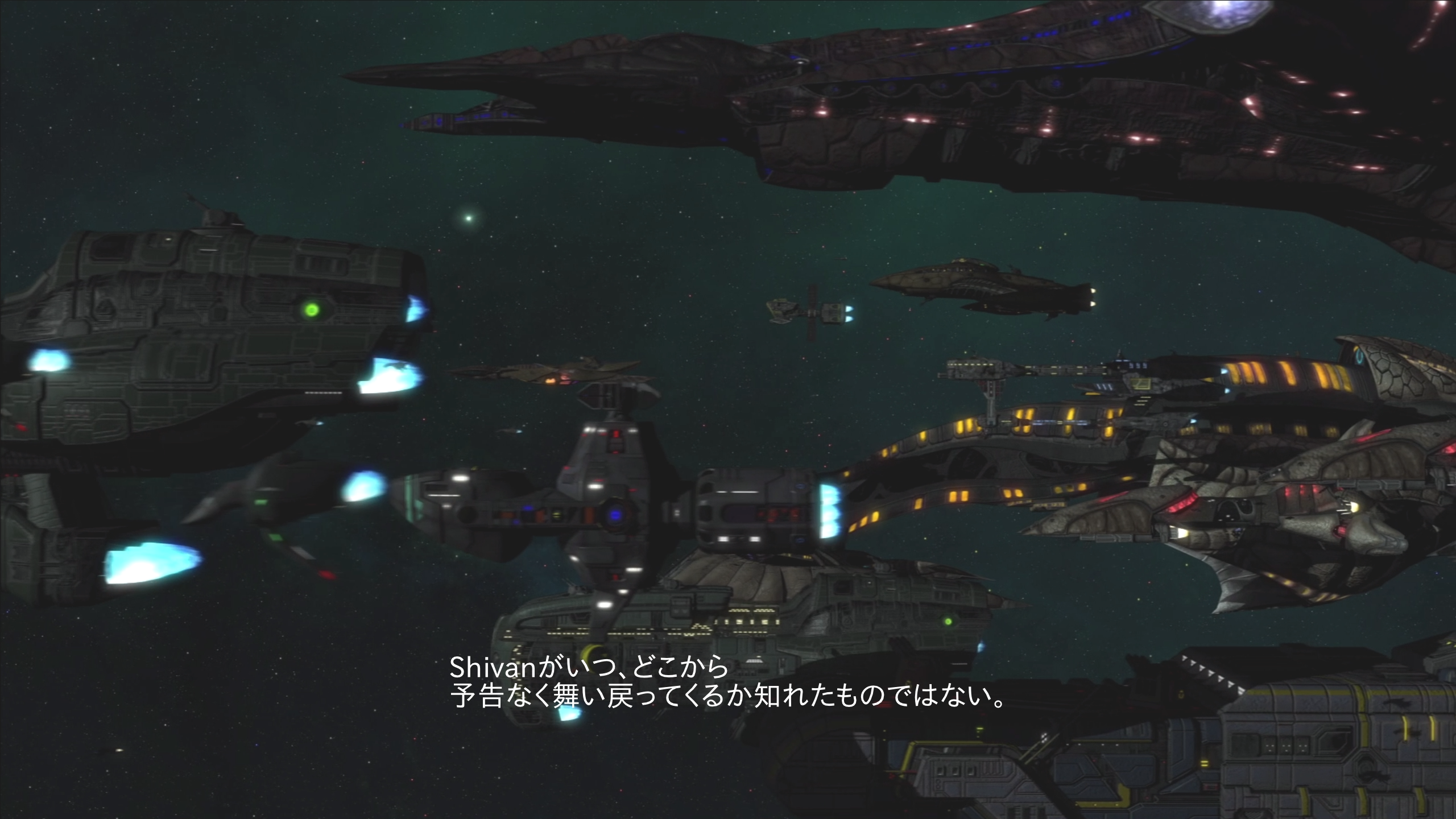 Japanese only translates the FreeSpace 2 Main Campaign with all Cutscenes.
With the developer package there are possibilites to complete it, however.

In the background there were also various other improvements with version 0.6. The most important is certainly the fact that an exclusive font was created based on the standard Bank Gothic Md font. This font provides support for various letters that are used exclusively in the new translations.
Thus, the new font offers support for letters such as Ā, Ł, Ṣ or Ż. 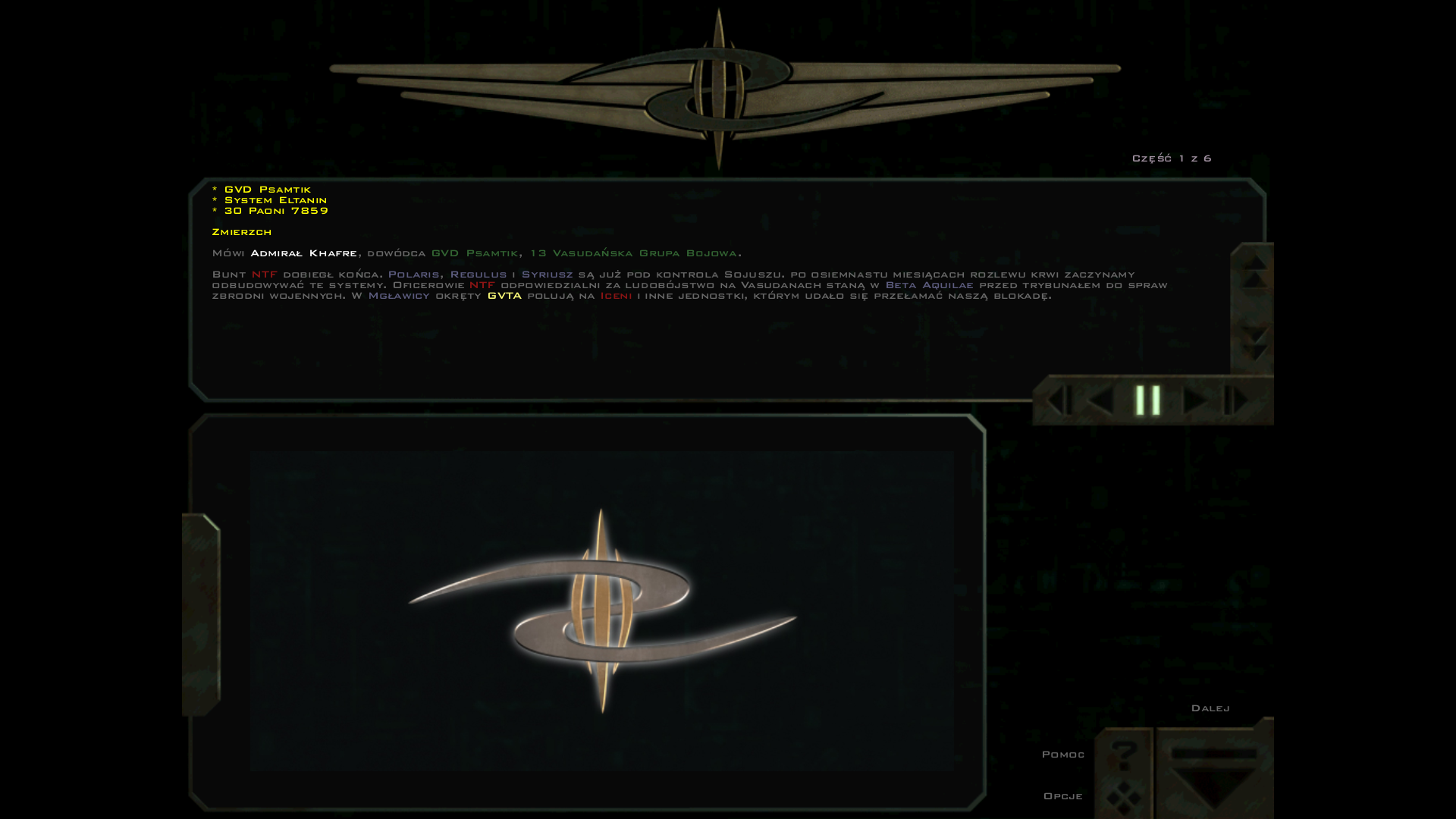 New to NTP 0.6: A newly exclusively created font that supports new letters.
For example letters from the polish language.

NTP, which is actually an akronym for Novachen's Translation Project and does not have any official name yet, is based on FreeSpace 2 Open and therefore requires a current FS2Open build, MediaVPs and HD main halls.
Appropriately, there is also an installer on the project page with the FreeSpace 2 Open Installer which includes these requirements, or you use the already mentioned Knossos mod manager. 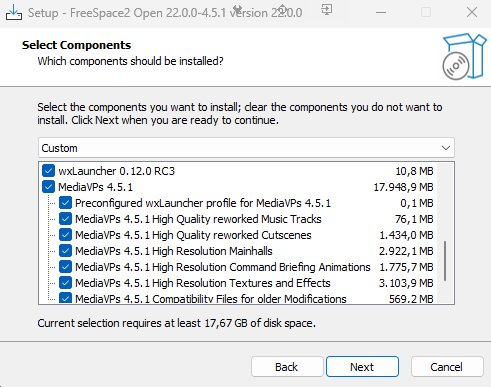 The FreeSpace 2 Open Installer contains always everything that is necessary for the current NTP.

More information about this project in general can be found in the NTP Development Thread in the Translations Board on hard-light.net.
Feedback is welcome, because most translations are done by one person at a time and so spelling errors are there only natural.

What happened since the last update? Well, a lot. We haven't released that many new screenshots due to most of them being spoilerish, but things have...

Insights on the Adhara Coalition and Regulus Syndicate

A sneak peek at some of the assets unique to the Adhara Coalition and the Regulus Syndicate, two Terran factions the player will get to interact within...

SerRes - Shadows of the Great War has been released!

The SR Team is proud to announce the release of Shadows of the Great War, the collection featuring Gehenna's Gate and The Spirit of Ptah!

The Destroyers and Rekt Galaxies

Here's how The Destroyers will relate to Rekt Galaxies, in any form.

This is a major overhaul for Renegade Resurgence, an old-school military campaign originally released in 2004. Now it's updated and presentable in 2021...

With this small program, you can change the global game language of FreeSpace 2.

any mods dat allows u to fly captial ships ?

Yes, Blue Planet has the "The Blade Itself" campaign where you are flying a capital ship. Dimensional Eclipse has also a capship flying mission. Aswell there is Blue Planet: Battle Captains which is a capship campaign.

I can't get this to work. I can load into the game menus but when launching the ship I have tons of errors. I think I installed it incorrectly or something. I have FS Open installed. I really want to get this running.
Any advice please?

i have been looking to play freespace 2 open online for some time now, however i have been on the hard light chat several days now asking for mp matches and it seems they have all moved on to call of duty / other games or so i was told, no 1 seems to play the multiplayer these days however if anyone would like to arrange a mp game drop me a pm, my time is GMT since i live in the uk, but am usually available at good PST times as well for those in america :)

i went and bought this off GOG.com AND DAMN IS IT EPIC :) also who here plays multiplayer online

I love this game and I like Freespace SCP. Wish there was a mod where you would be inside one of those big ships but only allowed in the flight hanger. Until the alarm goes off then you will be ordered to your fighter or Bomber. Something that would give you even more of the feel of being a response team pilot.

I don't know just a idea of a new mod.

Thats basically the gist of the Eternal Silence mod for Half Life 2, but the space combat in their's isn't anywhere near as fantastic as in FS2. Still, its an interesting concept to fly into an enemy ships hanger, jump out, have a fire fight with their pilots, run through their ship blowing stuff up, and getting back to your ship before you're killed in the explosion. Worth checking out, its been awhile since I've tried it so it very well may have been improved.

A la Star Ixiom? I doubt it can be done, but that doesn't mean you can't use cutscenes showing pilots moving to their combat spacecraft.