This is a single player experience for all terminator fans using the unreal engine III by Epic Games. set in the year 2029 you are placed in the boots a of soldier serving for humankind against the ruthless army of machines. The final campaign will feature nine chapters of a roller coaster ride, inspired by James Cameron's masterpiece franchise.

Confront the many killing machines at skynet's disposal including the HK aerial, the HK tank, the mini HK, and the legendary T800 with an arsenal of futuristic plasma weapons.

And the Readme Pack Here
Indiedb.com

Once again, Thank you IndieDB/ModDB for giving me constructive feeback to help with quality assurance on this project. I know some may question why to release unfinished demos, or why not just wait 'till the final product before releasing anything? Fps Terminator is, for the most part, a one man team and I don't have QA testers by my side. You guys are my QA testers, and I apologize if these alpha demos don't live up to your hype. I never really wanted to hype up FPS Terminator because people get unreasonable expectations from a single, 20 year old, indie game developer, and it just makes production harder with so much pressure. This community has been good, and open minded when it comes to QA advisory, something the Gametrailers and Gamespot community will never be, and I don't expect your ways to change. 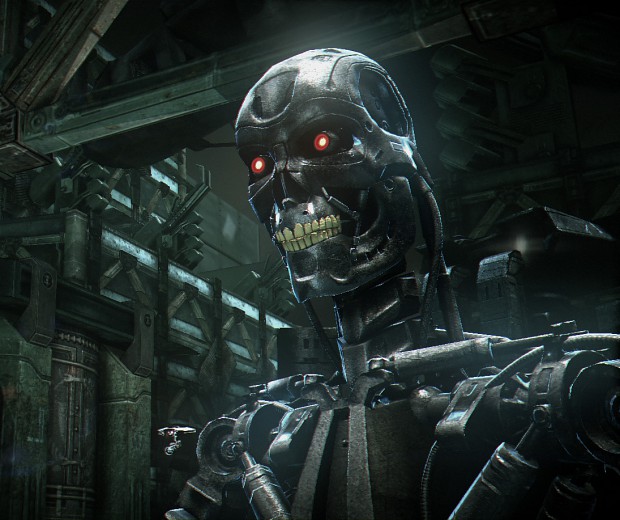 Anyway here is a list of fixes I've done for this release.

-no additional installation instructions, just run the installer only
-the useless Melee attack has been taken out
-hitting f1 will not bring up a scoreboard
-first person player mesh now vanishes on death
-no more time limit
-spawning on an endo skeleton will now kill it instead of grabbing you over and over and over
-a usable chaingun has been put in act3
-The HK tanks now have collision
-a JPEG illustrating the control layout has been included
-the resolution option 1600x900 has been included
-the neon terrain in act 1 is supposedly fixed (this problem never happened on my computer so I can't truelly declare it fixed)

This fix confirmations are based on the test runs with my computer and may not be the same with others but it's up to you to let me know about these problems, don't just tell me "it's buggy", but instead, explain the problems and what kind of bugs there are in better detail. 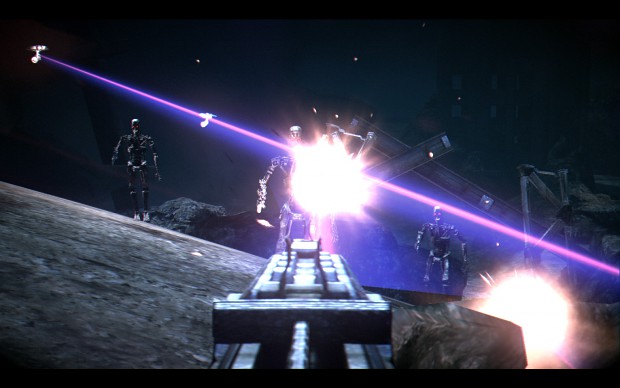 So I hope you guys can enjoy this hotfix demo for FPS Terminator, and continue to rock on ModDB/IndieDB

I'm sorry I had to keep you guys waiting 'till the end of the month. After the last article was uploaded, I started having technical problems with my...

The second alpha release for Fps Terminator will be in May 2011. I'm sorry you guys had to wait a whole year for the next release. But If you have been...

Due to personal events occupying my schedule, I will not be able to release an alpha demo in time for the holidays. The release will be delayed to an...

Hello again commun. Just want to keep you guys updated of what's been happening this month. I've got some content and gameplay to showcase. And I also...

This Package contains the readme ,and Control Layout for Fps Terminator Alpha 2.0.1

FPS Terminator Alpha 2.0.1 Fixes from Alpha 2.0 include -no additional installation instructions, just run the installer only -the useless Melee attack...

Please view the readme if you want to install properly.

This is the Readme Pack for Fps Terminator Alpha Demo v1.0.1

If you already have installed the previous demo, make sure you uninstall it before installing this one. Make sure you download the ReadMe as a separate...

this is the readme aswell as the control layout for both the keyboard, and the xbox 360 controller.

Still looks amazing after all these years. I had to download version 2.0 and 2.0.1 and move some files around to get it working on my modern machine. I'll include what I did below.

1.) I had trouble running the final version 2.0.1 so I did this to get it running on my machine:

Extracted version 2.0 to a temporary folder and looked in the "binaries\win32" folder.

2.) The in-game resolution settings option was wonky for me so I did this to set the proper resolution:

Ran the game and hit the "tab" key to bring up the in-game command console.
Typed "setres <desired resolution>" to set the game's resolution. It did not
look correct at first so I exited the game and restarted. Then the chosen resolution
worked every time I started the game.

Is there any way to set screen resolution and graphics quality manually? It seems as though the Settings options in-game won't let me select a different screen res. Does nothing when clicked. Graphics quality options bubble up when highlighted with the mouse, but can't tell if selecting Medium or High is doing anything...

REALLY hoping to see this project completed... but seeing as it's been 10 years now... Perhaps the dev here helped with Terminator: Resistance?

I really liked the game, all objects, details are very high quality, this is a very realistic version of Terminator, we are waiting for the continuation of the game

Not ready for primetime.

Lot of errors!
Couldn't launch ..\Win32\UE3ShaderCompileWorker.exe! Make sure the exe is in your binaries folder.

Well, it only took 10 years, but we finally got something close to this, it may be low budget and janky, but gets it right.

As most of the people said its to dark but that a side it has going me for it.