UDK is Unreal Engine 3 – the complete professional development framework. All the tools you need to create great games, advanced visualizations and detailed 3D simulations. The best tools in the industry are in your hands.

Who is it for?

Anyone. Everyone. You. Unreal Engine 3 has been used by game developers, researchers, television studios, machinima directors, artists and students. If you have an idea that needs to be brought to life in a game engine, UDK is for you.

Only UDK has the power, flexibility and track record of Unreal Engine 3. These tools have been proven with countless releases and dozens of awards. There is no better way to make awesome games than with UE3.

This is a work in progress video showcasing the new animations I am making (by hand) for the guns in first person view mode for Fursan al-Aqsa Remake. 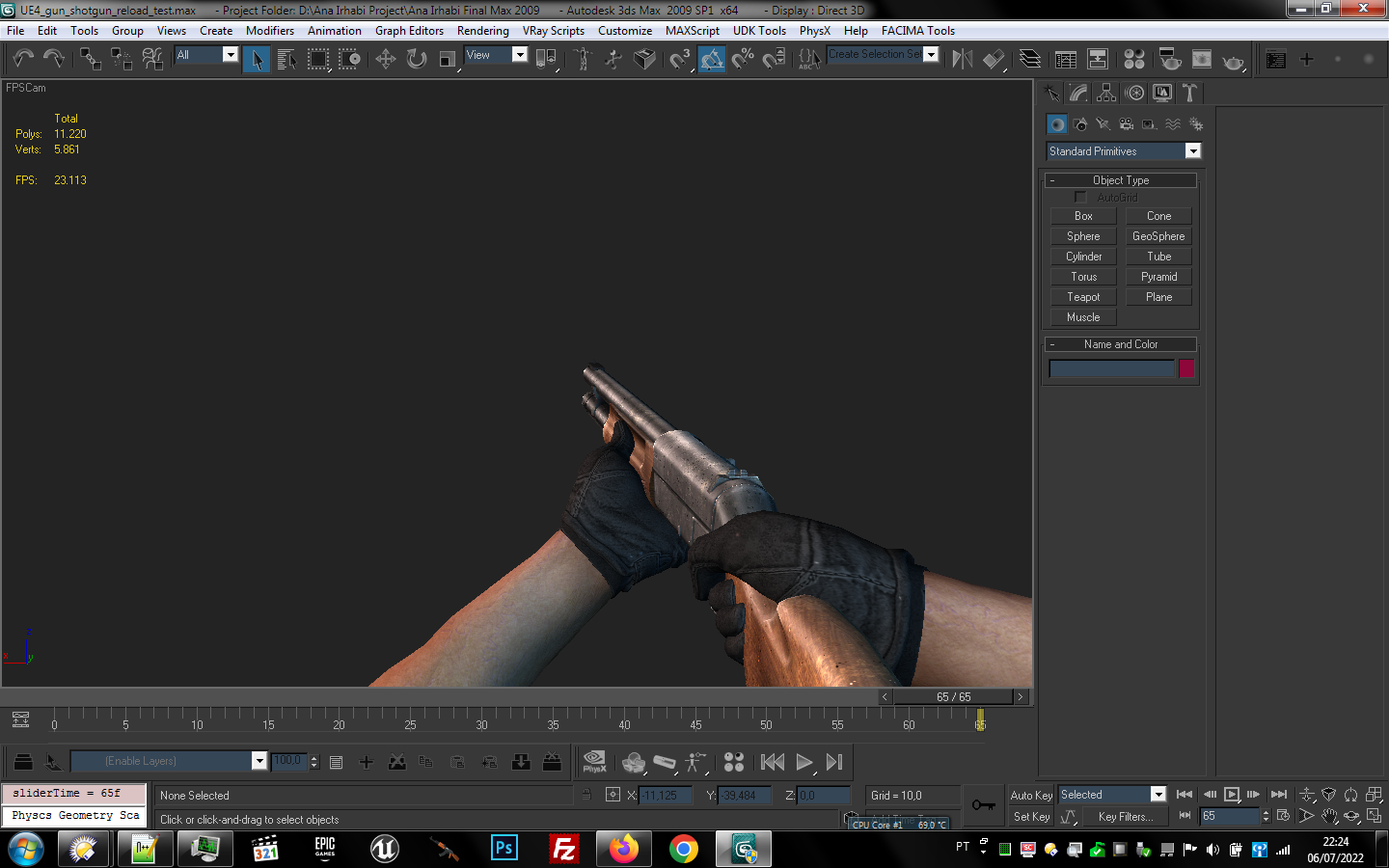 The weapon models are placeholders and also the First Person Arms, since I plan to use AAA Quality Assets for Fursan al-Aqsa Remake, to make this game a true Indie Masterpiece, in sha Allah. 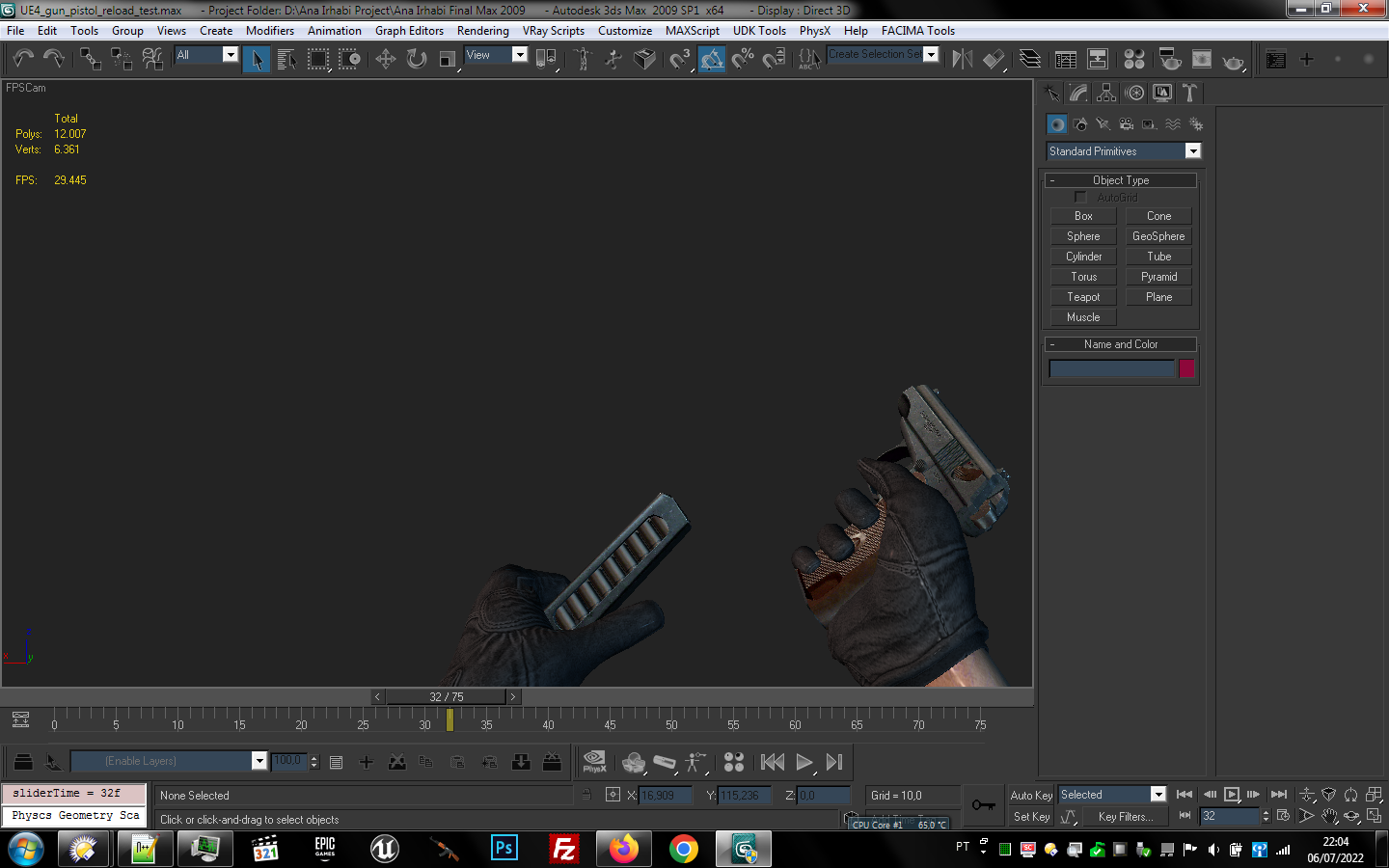 I will begin to constantly post WIP Videos showcasing the development of Fursan al-Aqsa Remake. 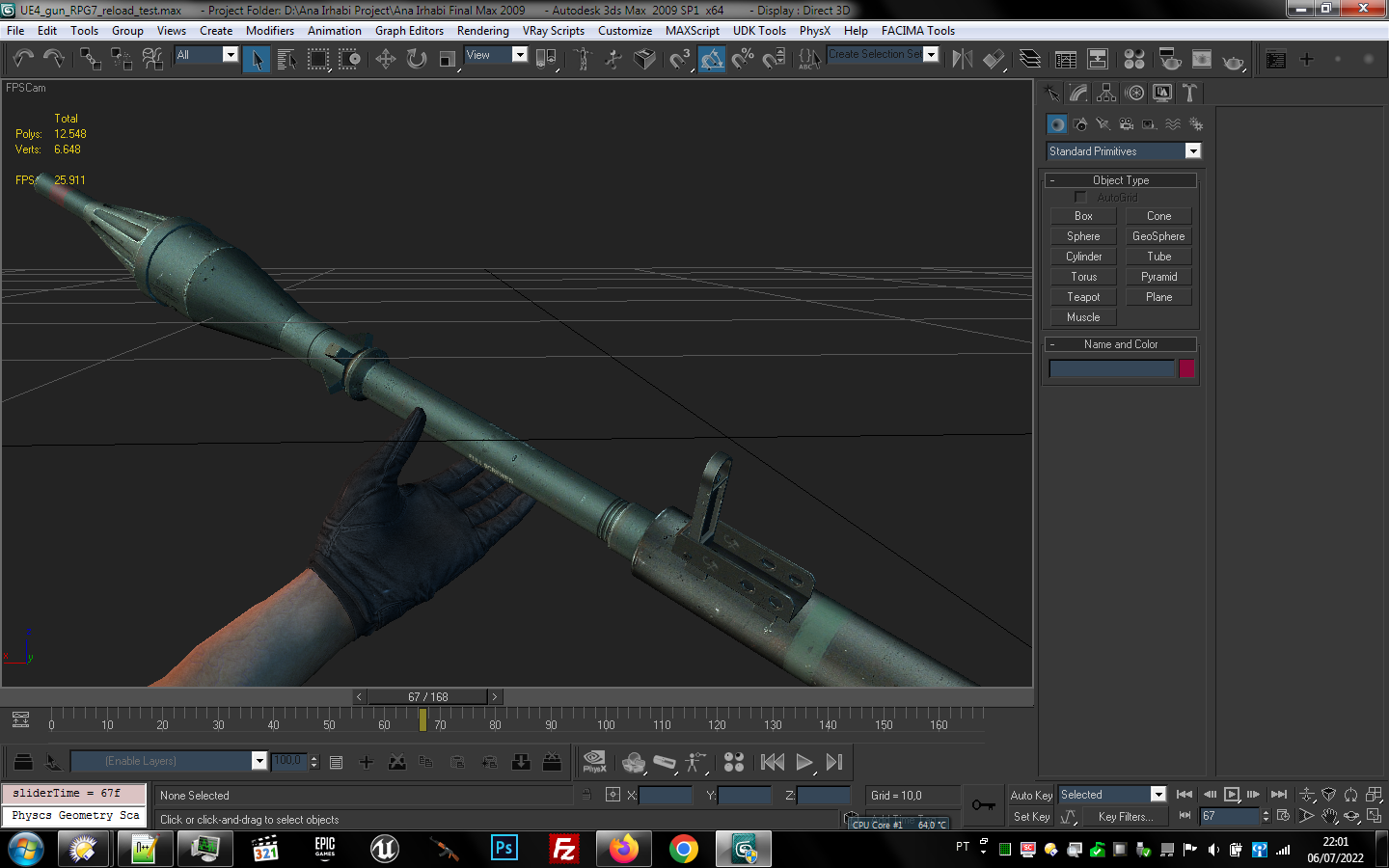 The remake will be released as a free update on Steam, and as a standalone game for Android and other platforms (Playstation and Xbox), however, you will be able to still play the classic version on Steam. 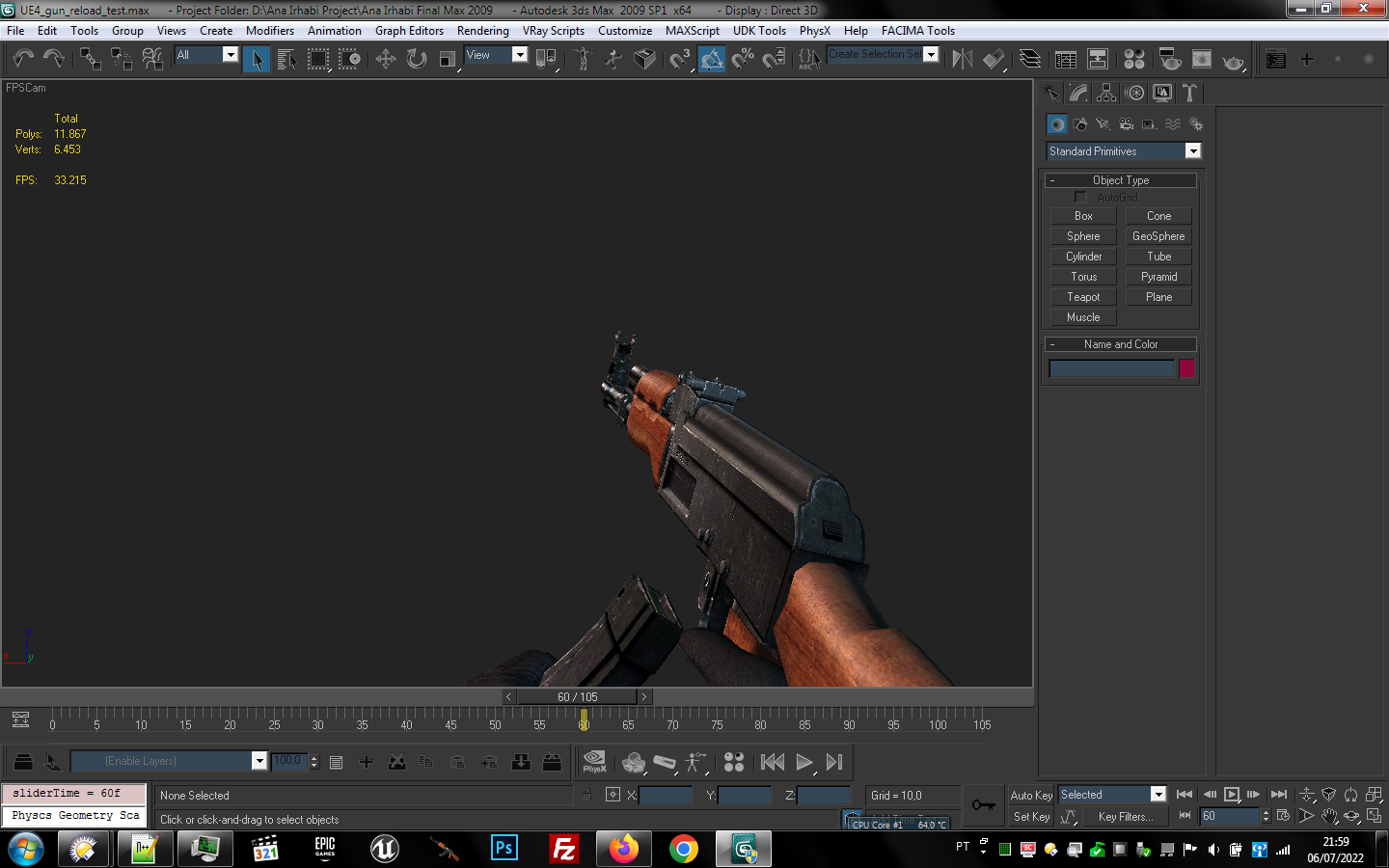 My first motivation to migrate to Unreal Engine 4 was to release on Android since the majority of middle-eastern players play on Smartphones. And whenever I began to learn UE4, the differences between UE3, I have seen that it has power to make my game much better and more polished, since there are tons of plugins and frameworks available for UE4 that allow me to do many things which I was not able to do in UDK Engine, and much faster and in an easier way. Unreal Engine 3 is an AMAZING Game Engine, however, to be able to use it's full potential and power, you need to be a very skilled game developer, special having a strong knowledge on programming, whereas Unreal Engine 4 allows to almost anyone create games in less time and even without programming! 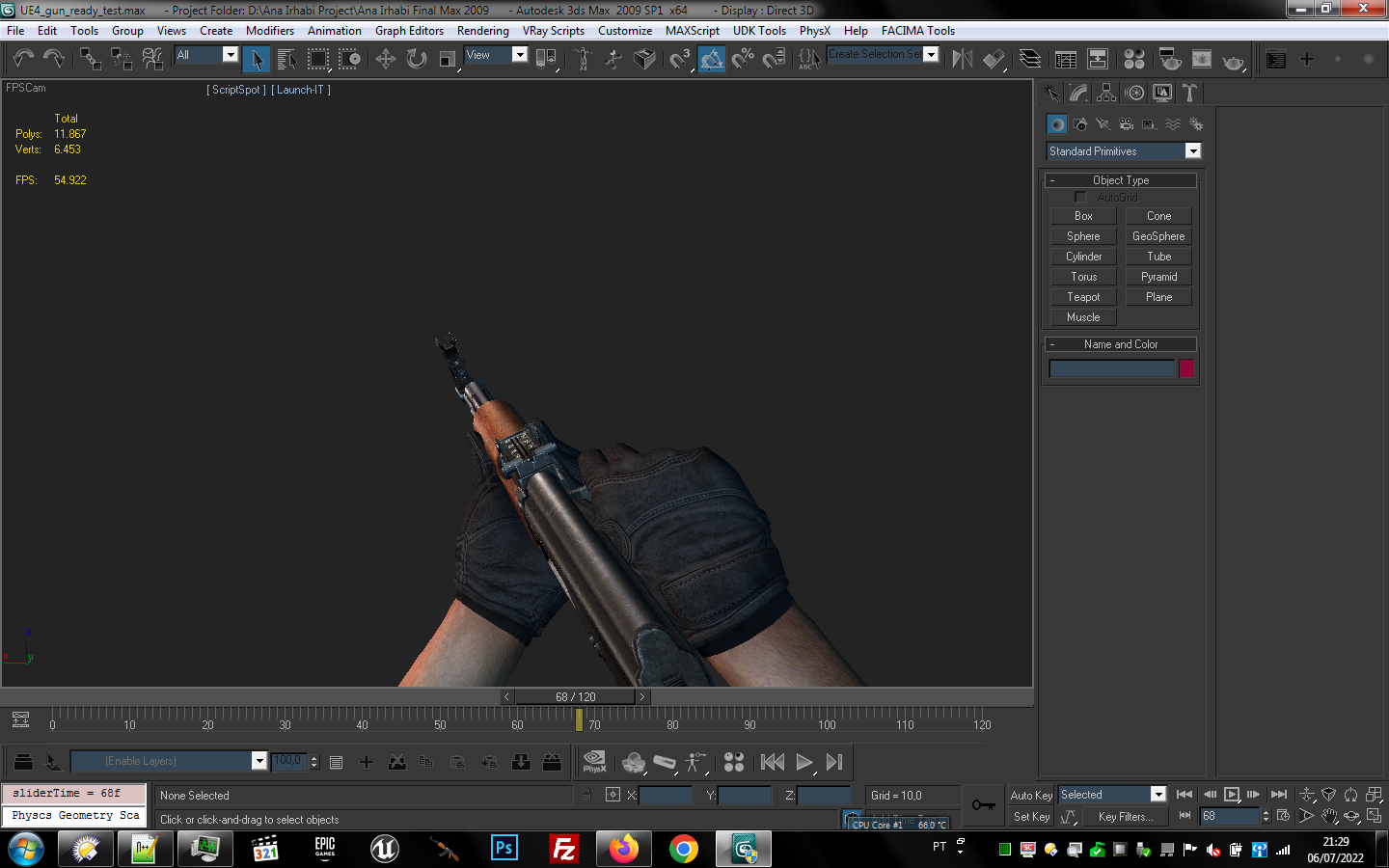 So I told myself why don't make a complete Remake of Fursan al-Aqsa, with all improvements UE4 gives to me? Very soon I will showcase the updated gameplay mechanics, including the revamped bullet time effect, sprinting, aiming, weapons recoil and much more.

Now, just like the classic Old-School Shooters, Fursan al-Aqsa has many Cheat Codes, which I did not want to unlock before, because I wanted you to experience...

Buy the most BASED game of all times, which flipped Western Media and exposed the hypocrisy within the gaming Industry.

Katos, the God of War converts to Islam and joins Palestinian Resistance against Zionists in a MOD for Fursan al-Aqsa Game.

Fursan al-Aqsa: The Knights of the Al-Aqsa Mosque®

Fursan al-Aqsa: The Knights of the Al-Aqsa Mosque® is a Third Person Action Game on which you play as Ahmad al-Falastini, a young Palestinian Student...

We are going to go ahead and label this a fan made game and develop it as far as possible adding a few things here and there but keeping the core game...

SonicGDK (short for 3D Sonic Games Development Kit) is a codebase, a collection of source codes, which allows anyone to create 3D platformer video games...

Disaster! An alien invasion and subsequent infestation have decimated this facility. Many lives were lost, the facility was ruined and the aliens were...

Renegade X is a tactical First and Third Person Shooter with Real Time Strategy elements, set in the Command & Conquer universe. It is a high quality...

Immerse yourself in the atmosphere of the 2nd Tiberium War with a great arsenal of weapons and vehicles at your hand. Fight under the Global Defense Initiative...

The world is engulfed in nuclear fallout, radiation, and toxic waste.What remains is an ongoing struggle between ,bandits, cryocorp soldiers, and mutants...

Well.. I know, UT4 is dead (development is on hold) but where is moved all modding and content creation scene? UT3 and UDK was so popular tools for new mod and game creation. Any info?

I think you bearly moving all I seen was assets and low poly mesh's I hope to see GUI inventory and sound composition's.

Hey guys, been on the group for a while but I don't think I ever really introduced myself here. I'm Daniel (most people know me as Dan, TheWalshinator or Walsh) and I'm the project leader at Walshinator Productions, where me and my currently small team are working on a first-person psychological horror game series called ALWAYS HUNTING, a prototype for the first of which (Jacob's Story) is currently in development.
Indiedb.com
Help is always welcome and greatly appreciated, so if you are interested in helping out or just want to chat (which I'm totally fine with), feel free to send me a PM or hit me up on Skype (thewalshinator1). I'll say now that we do not currently have a budget, so paid work isn't an option right now but might become available in the future, because I plan to launch a fundraiser campaign after the prototype's three levels are completed.

UDK is no longer going to be updated and will stay as it is...abandoned

I don't think it's really a problem since UDK is almost fine as it is. My only grip is that the C++ source code is locked and we are now stuck with Unreal Script forever...

Hey guys, check this out Moddb.com . They need help with the UDK, it would be extremely cool to play this.

How are you using Unreal Engine 4? I thought that wasn't available to the public yet? It looks great none the less.

Mod SDK & Community
Built a game for Unreal Development Kit and want to support mods? Try mod.io, a cross-platform mod SDK created by Mod DB which makes it easy to get a mod community up and running in-game. Currently seeking games to integrate and promote