My name is Radu Ungureanu and I am the developer of Blinding Dark. I did the programming and 2D graphics while I had different people working on the 3D graphics, animations, sounds and voice over. 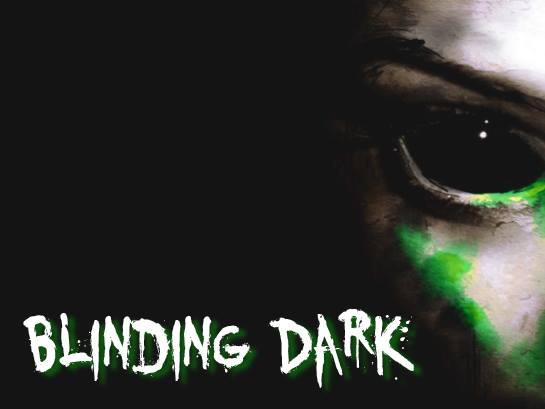 I always dreamed to play more games like Clive Barker’s: Undying, but I found out that the horror genre had a sudden change in direction which moved away from these niche games. As soon as Amnesia franchise started to pick up I saw an opportunity for a new mix. The general conception is that as soon as you have weapons to fight with, the horror part of the game fades away. I think this is incorrect and Blinding Dark is my attempt to prove otherwise. Scarce ammunition, powerful enemies and limited options to recover health, creates a lot of tension and fear of death. Pair this up with the fact that there is a serious repercussion when dying and you have the danger/tension element back in the game.

Indeed we are happy to say that now you can enjoy the game at it's full potential without requiring dx11. This is also an improvement concerning stability.
If you play a game made in Unity and crashes in dx11 when you minimize the application, don't hate on the game. This is an engine bug and developers have no other way around it when using dx11.

So now, with these major issues fixed and out of the way let's continue with even more good news.

Meet Tom Stoffel, our latest addition to the team. He is the composer behind the awesome Underhell game series (Underhell was voted top 10 editor's choice and player's choice (MODB) in 2013).
If you want to learn more about Tom, head up to his site: Tomstoffel.com

For those trying out the demo, you will notice the beautiful background and environmental track that Tom put together for the demo.

Also, we have a big announcement. We chosen Bulkypix ( Bulkypix.com ) as our publishers.
The guys from Bulkypix were the one offering this partnership to us within the same week when we received another partnership offer.
As indie developers we considered these offers carefully because we wanted to obtain two things:
Professional marketing and promotion without sacrificing the liberty of developing at our own pace and following our own vision.

It turns out, after discussing with other developers that took this road, that the guys from Bulkypix are really all about pleasing the developers as well as the players. Overall we are satisfied with the decision we took and I think it will only benefit the players even more in the end.

There are numerous other improvements made within the game. Check them out by downloading the demo below!

Feedback regarding this builds performance is essential. Please let us know by using the usual channels:
IndieDB
or
Steam Concepts

You can download the demo from the Downloads section or from the following links:

Thanks a lot for joining in this week and don't forget to track the game if you like it: 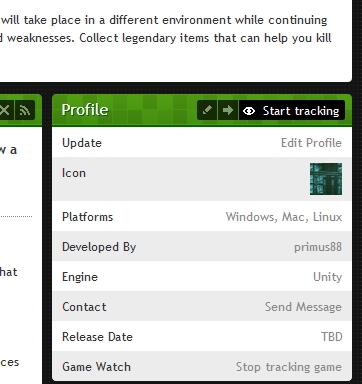 This week we have a new build version! A lot of work was put this week into fixing bugs improving and correcting various gameplay elements.

New build is out! We are very excited to bring you the latest improvements and fixes to Blinding Dark. With this occasion, we apologize again for being...

We are happy how things are progressing. As usual we like to keep it short and sweet, so let's see the changelog for Blinding Dark version 0.8.5.

A new week, a new dev blog. Check out all the new improvements, but also the new pages at which you can find us.

If any performance issues, please let us know. Thank you.

No reported problems with OSX users. Looking forward for more feedback. Thank you!

No more bugs or crashes to report. Please check it out and consider to offer feedback.

No more bugs or crashes to report. Please check it out and consider to offer feedback.

The Demo was god-awful, god-awful and broken beyond words. But the screens I'm seeing do not reflect god-awful or broken...I see you fellows really picked it up. The Undying reference is what got me interested, but, really, if you want to sell the game, the Demo is NOT what I would recommend as a representative for your title. In fact, I'd take the damned thing and burn it.

Hey guys, really really REALLY enjoyed your game! I was having a few issues with the game freezing at times randomly but other than that I had no issues. I have a Let's Play if you want to see it, it is split into two videos and they are both being uploaded as I type, so check them out if you want it's a free country Youtube.com

A game that has CB's Undying as a reference, so awesome.

I can't for the life of me figure out why this game isn't more popular. I loved it. Interestingly, while this uploaded I watched someone else's playthrough and there was a gun at some point that I didn't get. So I finished the demo without picking up a gun, which actually gave me a unique experience. Running from that enemy with no means to defend myself was scary. I love the aesthetic of the game, and I hope there's more areas where you have no weapons because the graphics really lend themselves to creepy atmosphere that, unfortunately, goes away once you can defend yourself. Anyway, you can watch my playthrough here: Youtube.com

The truth is that at this point, controlled marketing for the game is best since the game is not yet ready to go viral. There are still things to add, balance or fix thus it is easy at this point to ruin a player's experience. Imagine what would happen if many people would try it now, but the game would have a hidden game breaking bug.

Regarding what you said about the weapon, you will see how actually safe you can feel once you have the pistol :) . Remember that in the playground you receive all he weapons / ammunition and you can control when and where you fight the monsters. The situation will be completly different in the game ;)

This game is amazing, I can't wait for the full version. The play through was great there was just a few glitches but it was still good and I loved the play ground and how you could pick out which monsters to fight. Keep the good work up, here is my let's play: Youtube.com

Watch Me Play This Game!! :D

:)) Nice run. I appreciated the fact that you didn't gave up when the game gave you a hard time.

You should know that each weapon and enemy has certain properties. So you can't harm a certain enemy with certain weapons. You will have to experiment though ;)

How long it took you to complete the level?