This tutorial covers the use of this tool and will help you get your foot up in creating in game dialogue, real time cut scenes, and awesome set pieces for your games.

Hi! First some terminology, Choreography or Faceposer is the name of the software we are going to be using. VCD files are the saved 'choreography' files they can be handled by the maps and source code of the game. For example the cutscenes in Kleiner's lab are map based while a rebel fighting in the streets of City 17 would be using the source code for his barks 'Agh hit in the gut!' Now lets create those files so we can use them in our maps, and the way they are used in a map is that they are used in an entity that can be spawned with the entity tool called "logic_choreographed_scene" thats how they are done in a map based fashion, the entity will say what file to play and then the mapper can use triggers to make an output to activate the scene. Another way mappers use these files is through targets for example in Breen's office,

To get him to look at a place mappers put entities around called info_target which is kind of a dud entity that can only be used for referencing stuff, so in the software creating the scene using choreograhpy they can put a card that tells their 'actor' look at a point.

First we open the tool 'hlfaceposer.exe' but where is it? Basically the Source SDK has been decentralized by valve, where their source engine games COME WITH THE TOOLS! This can make it harder for work flows but they work the same just with their own baggage for their own games, so basically go to the game your modding for you can pick a game directly, but if your making your own source engine project, you have to 'align' its no question that multiplayer games have less NPC integration, I would recommend getting some github patches like Secob Mod or AI Multiplayer Fixes they are forks and if youre doing this now youre probably not going to waste alot of time programming wise

Alright back to the point for source modding you probably want to use Half Life 2's tools because they are the most intact and less gutted for their own purposes.

the starting layout is...confusing so lets fix it 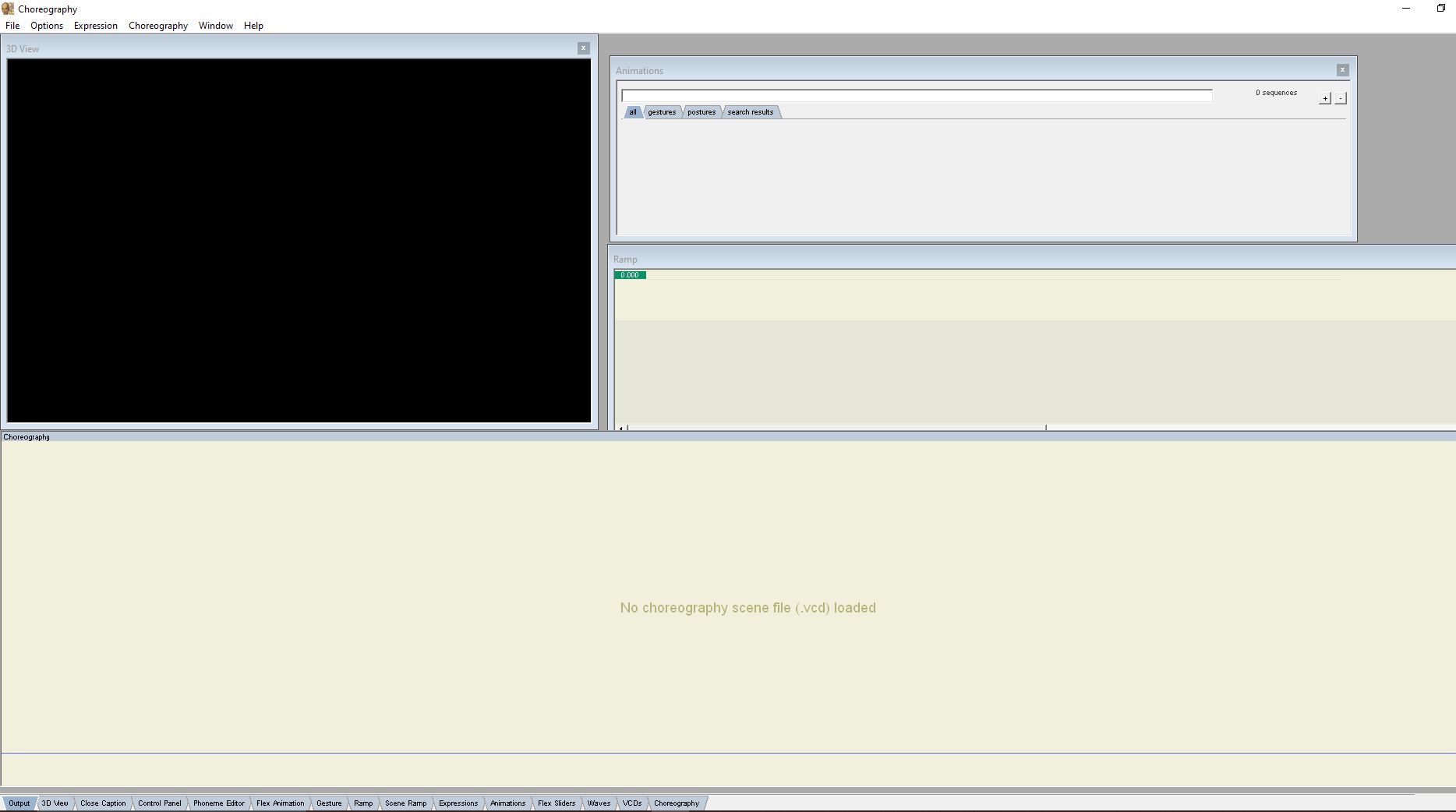 Choreography > new name it what you want

now you can add WAV Files in the timeline with some more right clickin also want to add a NULL split second at the start of your sequence ive been told this helps prevent bugs and keeps it smooth, so there shouldnt be any problem with that

now you can save your vcd file or compile it into the scenes.image

now this IS a very simple tutorial but hopefully this helps you have a better GRASP of the concept, if you dont know something try to elaborate it by yourself or ask someone who knows!

how do you explain that my Half-Life 2\bin\hlfaceposer.exe doesn't work ?
I mean, it doesn't launch and closes itself.
i try to make choreography for a multiplayer mod so i have installed the fork "AI Multiplayer Fixes" like you said.
i need help, can you help me ?