With all the commotion going on in my life, Child Arms now struggles to find a schedule, but we will continue to strive and see this project through.

𝕴t's been a long while, hasn't it?

The game continues its development in these turbulent times. Now that I have set my priorities, this game is now official under hobby status. There was a time where this game was being developed as the flagship project of not just Toolkitz but my life as a whole and I worked on it hours on end. Time passed and I could only muster a few hours a day. Now, I'm lucky if I have an hour to do so.

My new priorities are now in trying to find a business venture that will provide much needed funding because it's clear this game is no longer being developed with business in mind. It is first and foremost a passion project, and while I believe that passion projects can be made with the intent on selling it, it is much more difficult to do than actually making something with the intent on selling it from the get go.

Child Arms now finds itself in a position where it is now being made whenever I can find the time to do so, thus its hobby status. Add to that my two social media platforms, Facebook and Twitter, no longer giving me access to those accounts, or maybe even my old YouTube account as I have lost my password for it and can't recover it, that leads me to having no choice but to start all over, at least in terms of my presence online. Of course, I'm not going to start the project from scratch, but I guess this is a good opportunity to change the identity of Toolkitz and what its purpose is.

For the time being, I'll do the best I can and try to finish up Gunshi for the next version of the demo. So, onto development news.

For the past two months, I have been adding the layers to Gunshi, the most time consuming task so far. After taking whatever little time I could from the day, I finally managed to do just that and now the layers are ready to get their assigned colors. 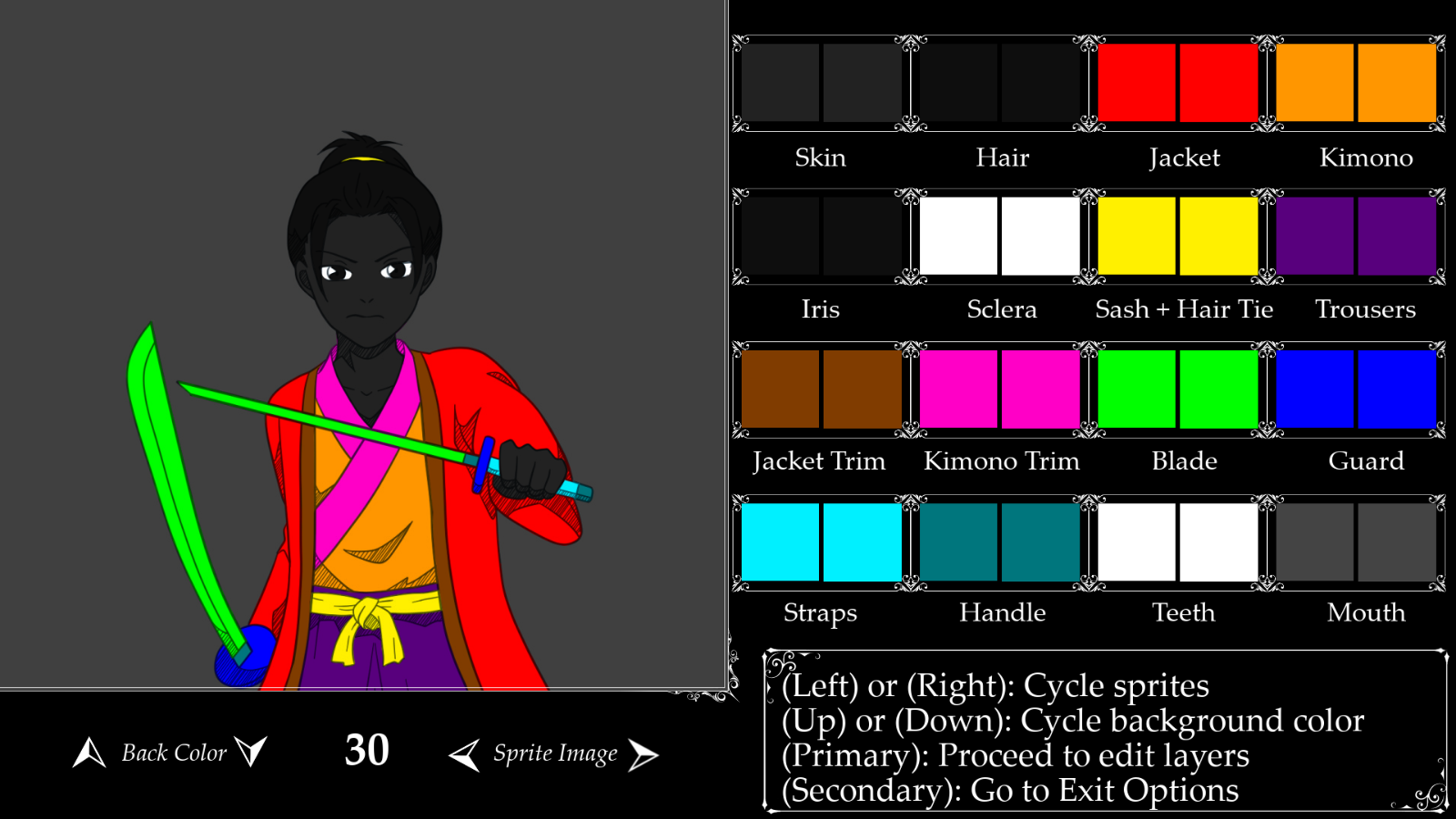 Gunshi's default palette will be added soon, as will yours.

But there is still much to do before Gunshi becomes available. His coding still needs to be improved upon as his code isn't complete, I still need to add some extra graphics for him such as his sword slashes, and I got to update the bio page to inform the player of his moves. And that's all before I have to test him out for balance.

I can't predict when this will all be done but considering my new schedule, perhaps another month is required. But who knows, maybe I'll be lucky and get it done before October is over with.

That's it for this entry. As mentioned, my social media sites are no longer available to me, so for the time being, the only places to socialize is at the Steam page and here on IndieDB. I hope to see you in at least one of those two places.

I wish you the best of luck, I hope you find a good footing on social media again.

And be sure to take it easy!

Sorry for the late reply but thank you so much. That means so much, especially with my life being hectic right now. But the project continues on.