Blimps are now fully functional. The goods port makes its entry with freighters populating the skies.

Hello,
0.5 will be live tomorrow. New additions are generally centered around flying vehicles and changes to how they find paths. I've also reworked some of the vehicle code to make it less difficult to maintain on my end, this fixes some bugs and issues that have arises since last time I worked on traffic. 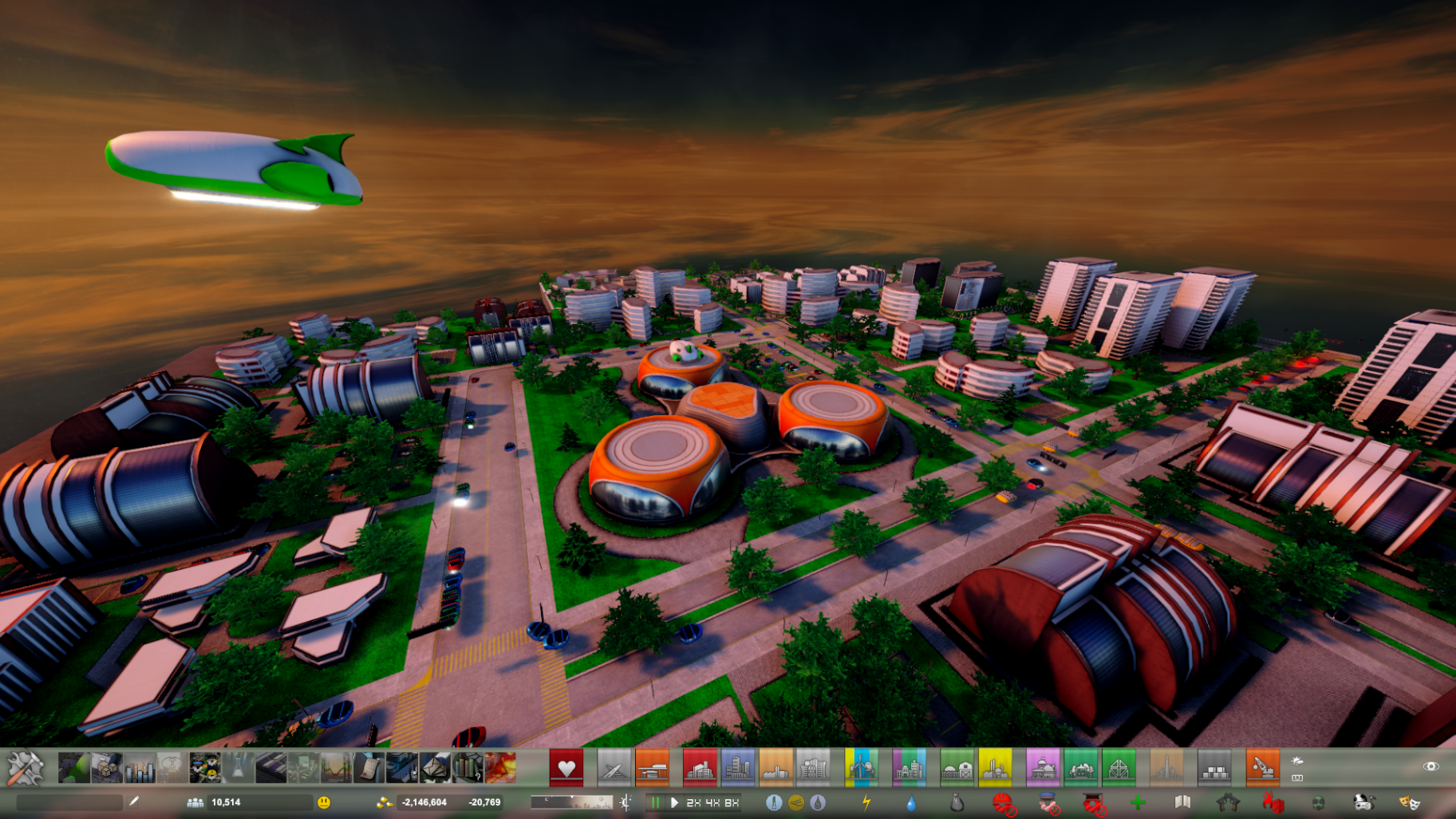 Blimps are fairly well functioning after some additional testing. What needs to be added over time is some additional raycasting so that the path finder has an easier time navigating from the topside to downside of areas. Currently it needs to kind of circle in on an area to find it's way which is very inefficient. This will be fixed fairly soon as it only requires some minor additions to existing code. 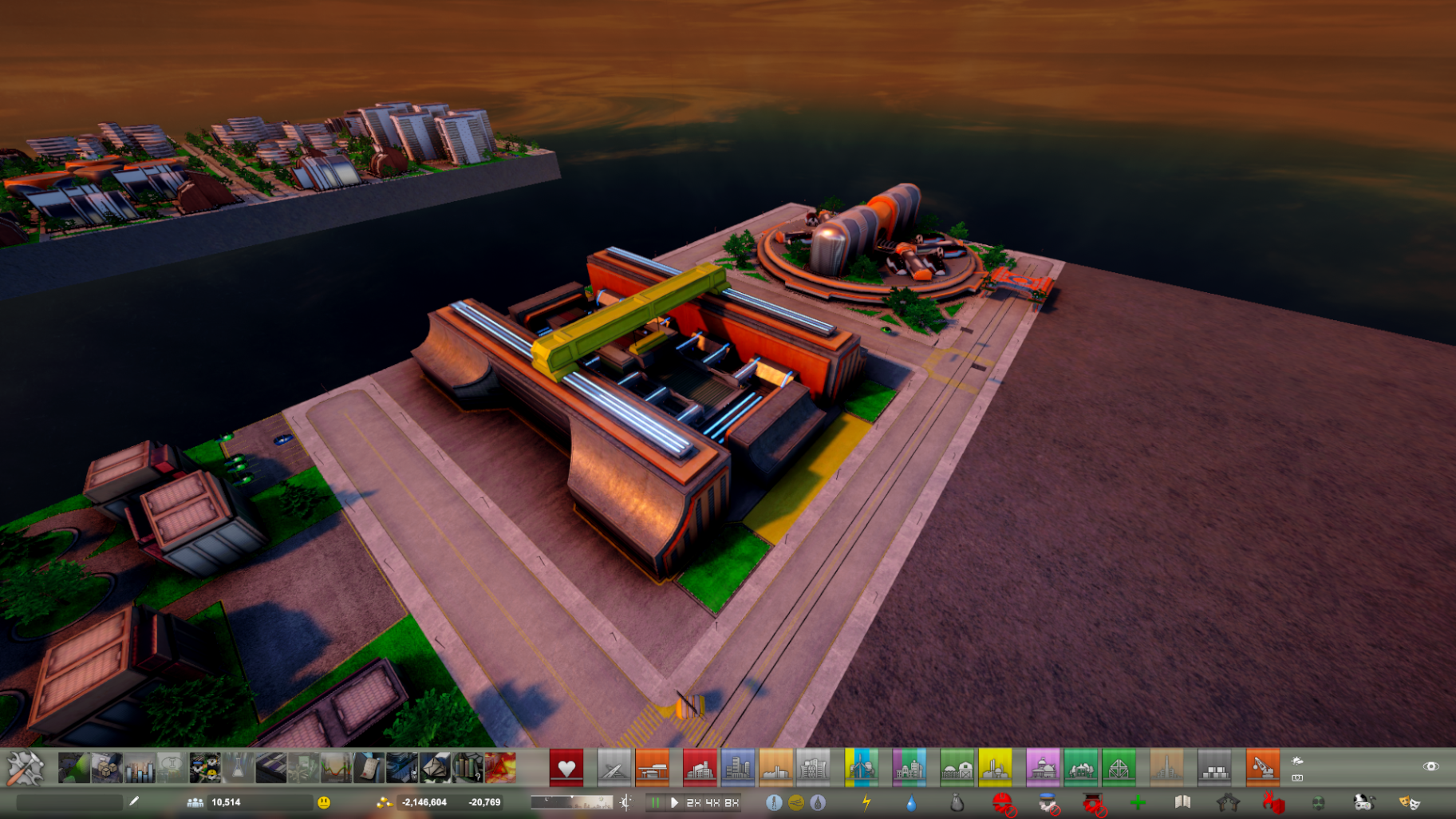 The goods port has been added into the game. This building will more or less expand on what the atmoport does today. It will be essential to increase the number of maximum trades that can be managed at the same time, and determine the capacity of how much can be imported/exported per time tick. 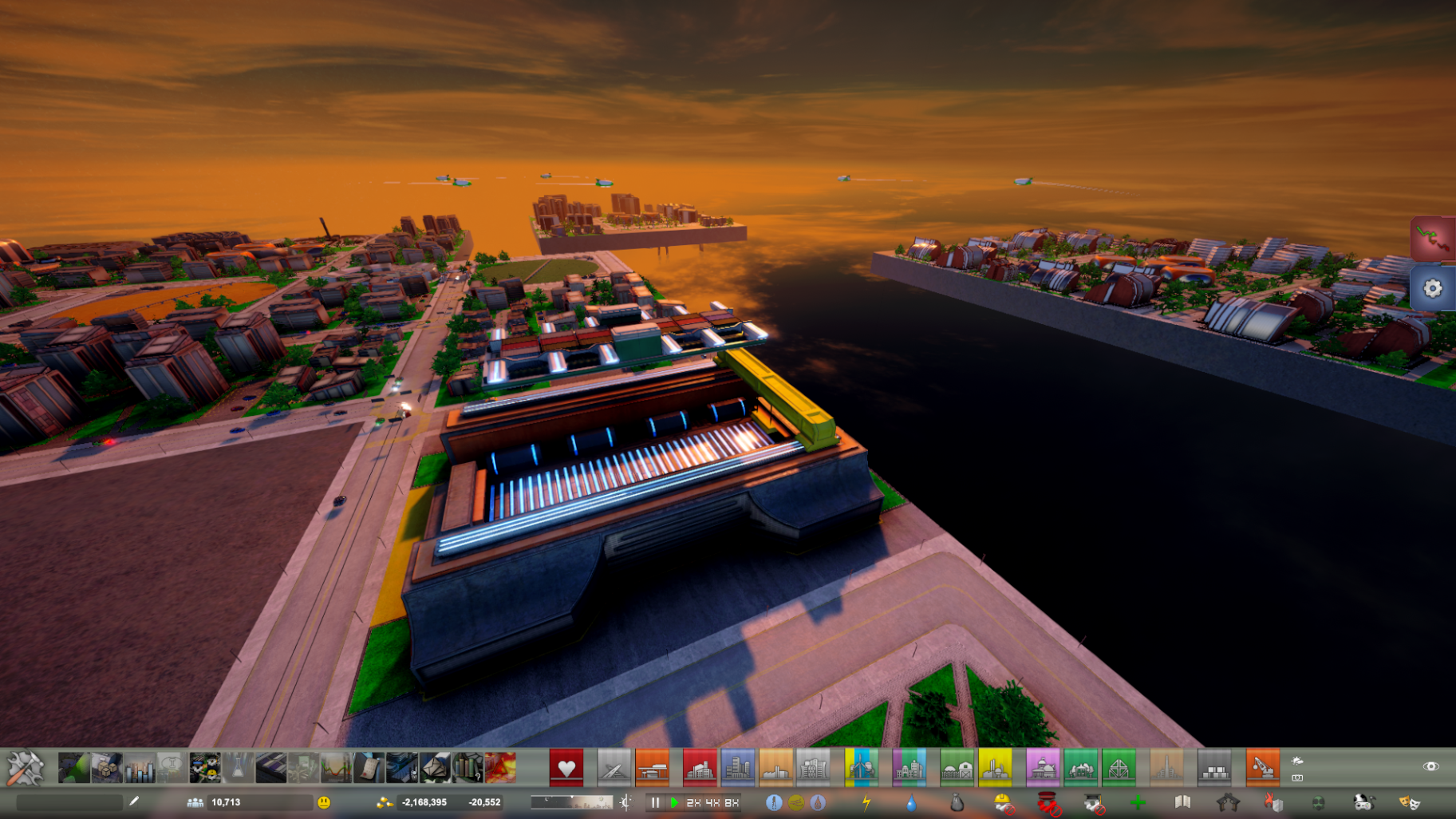 Currently, goods containers are only loaded onto the freighter, but come next update freighters will also come into the city loaded with containers that will be unloaded. 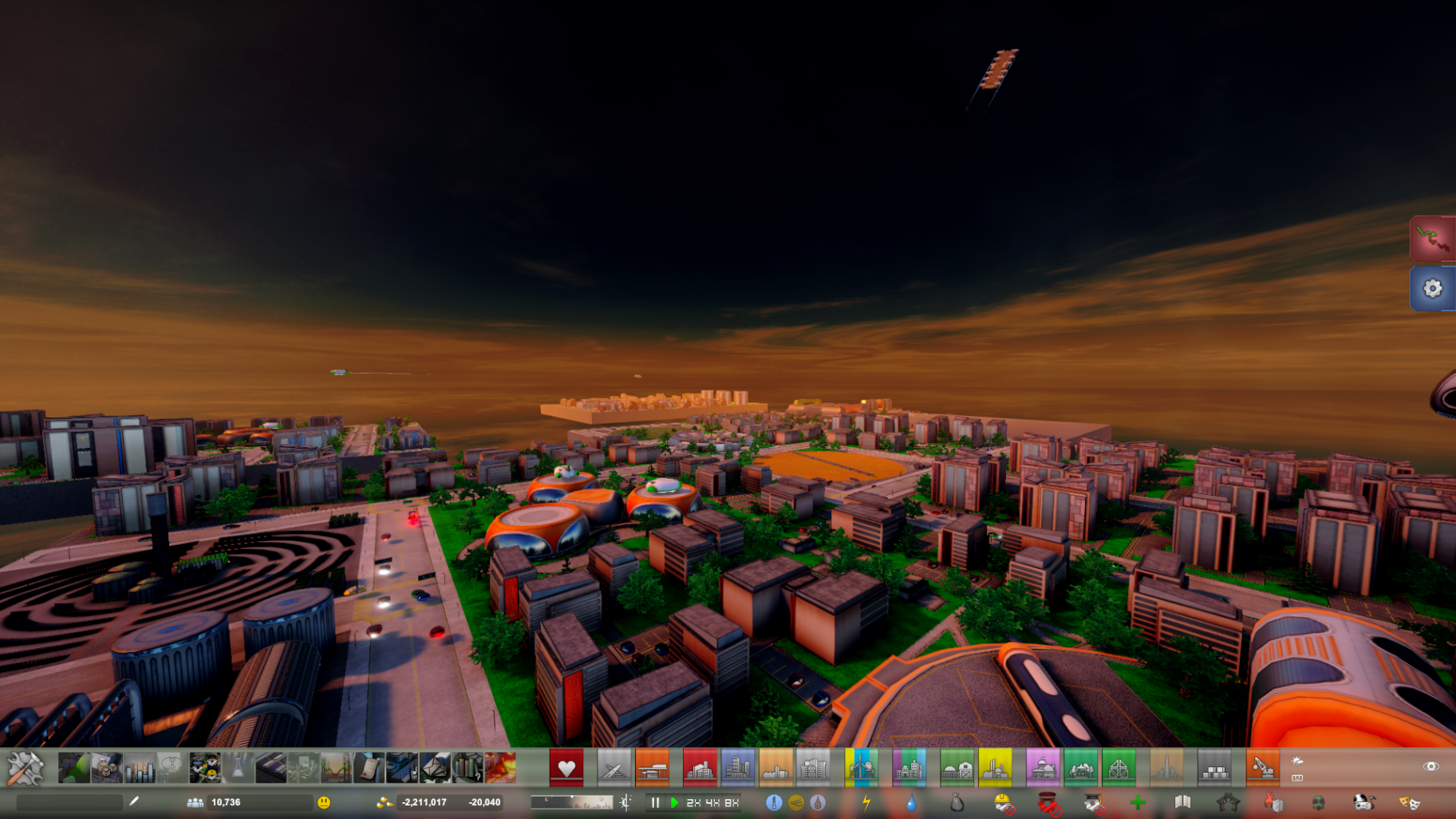 The game now features cars, trams, monorails, vacuum trains, atmofleet, freighters and blimps - additional vehicles I'm adding in are helicopters, small hot air balloons and some boats that will appear where there is water. After that I'm calling it on adding vehicles. 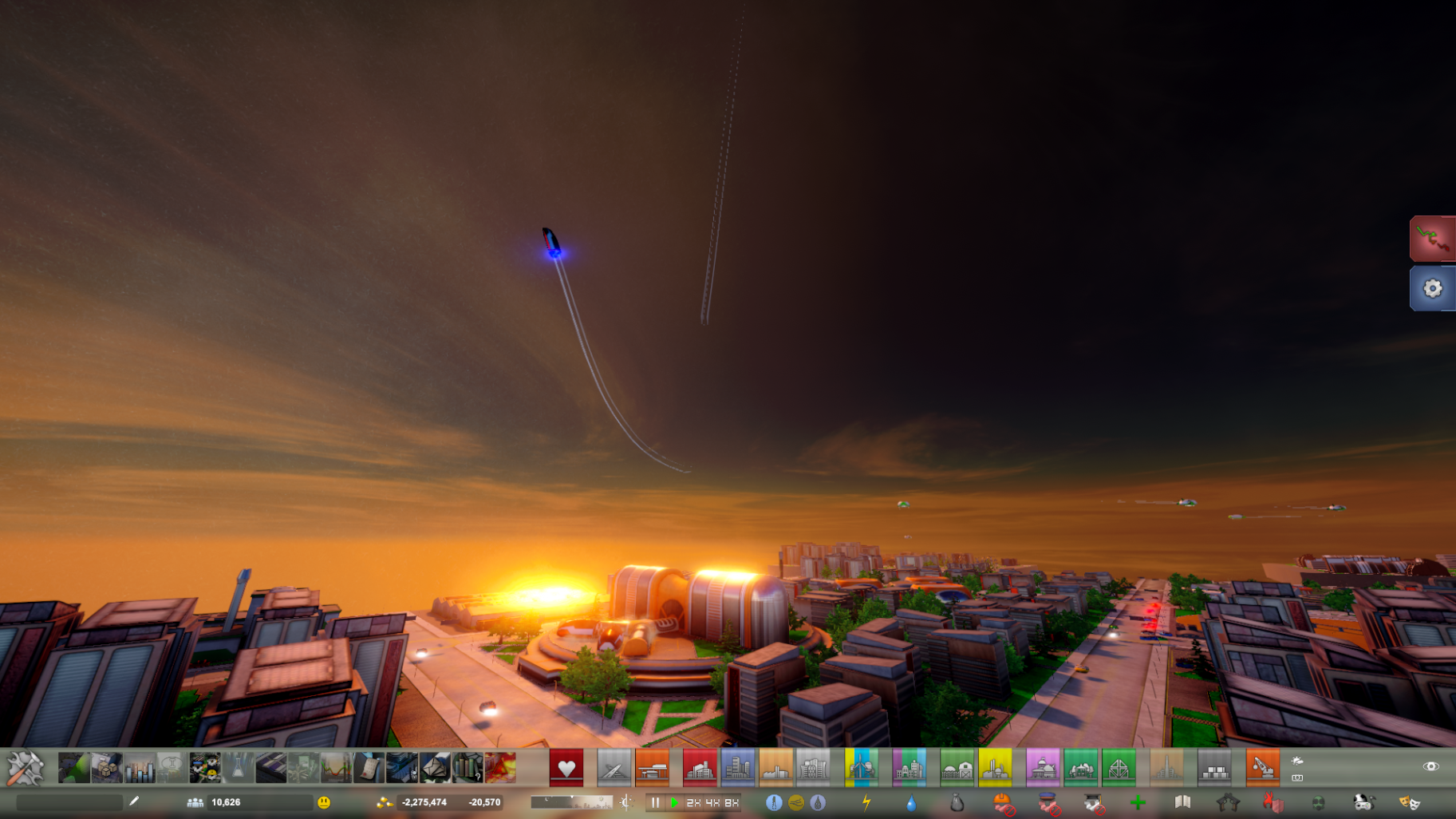 I'm still making some minor tweaks to the UI, I still need to make some graphics and update some of the icons, but will add most of this in for the next version.