Policies have been tweaked and descriptions added. New decorations make their appearance and a bunch of calculation related things get tweaks and changes!

Posted by CorrectureGames on Oct 4th, 2020

A new version of the game is just around the corner! In order to optimize dev time, I've decided to always update the game on mondays from now on (every second week, unless major changes are being made, in which case it will be every third week). I've done this a few times lately, but from now on that will be the rule. :)

In 0.4, which launches tomorrow, policies have gotten a much needed addition of proper descriptions of their functions. Currently in english only, but translations will follow. In writing up descriptions, I've also taken the time to check the function of each and every policy. I've added/removed/twekaed/fixed effects for 16 of the game's policies. There are a handful remaining to be checked - this will be done for 0.41. 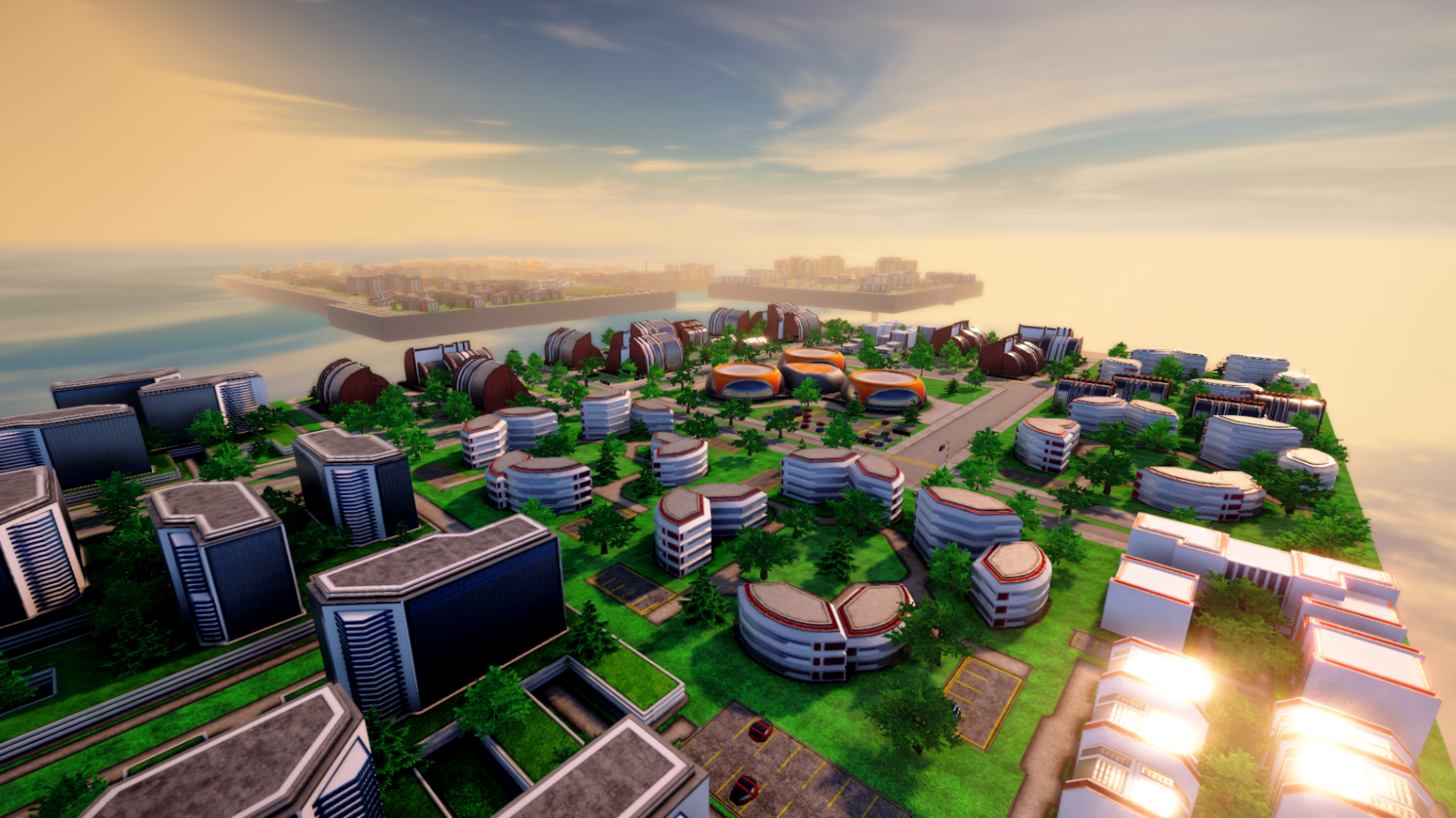 Aeroport (formerly aeronautics station) function is now implemented. Labour is now shared across all networks where there is an aeroport. You'll still have to provide electricity and water in these areas, but labour being able to be shared means districts can now be built completely separately from each other (on islands, so to speak).
Recently a small wind turbine was added to make it easier to build small neighborhoods separate from others. There's now also a water tower that can be used in a similar way, but for water supply. 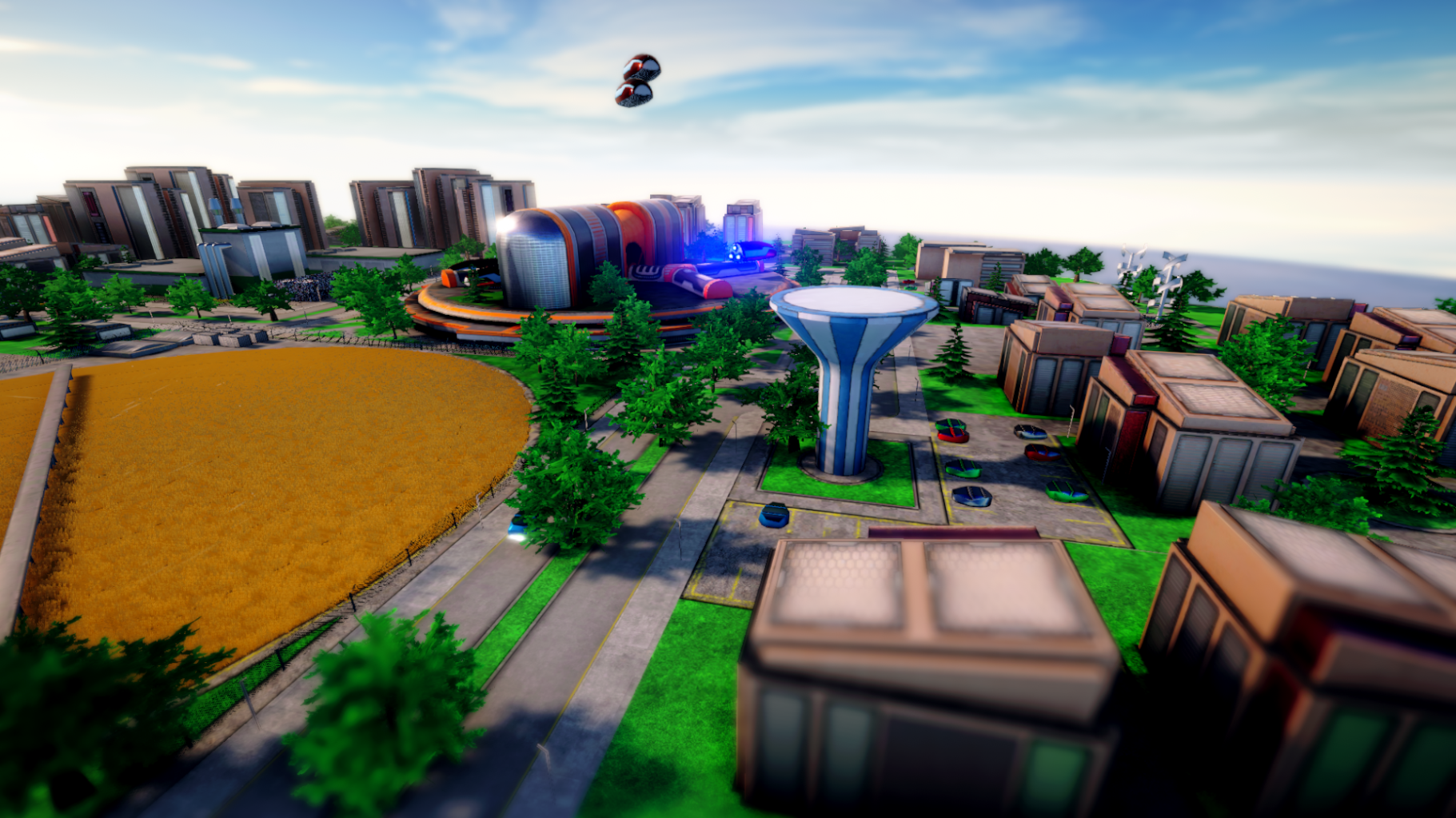 Consumption calculation was extremely slow, so this has now been optimized. Generally, this will not be noticable as this calculation runs on a thread. However, if a city is very large and these calculations would not finish in time for the next time tick, they would be skipped. This would mostly be noticable when running the game on 8x speed.
Overall the entire calculation system has been changed up a lot to accomodate aeroport functionality, but also to improve readibility on my end and to optimize it. Hopefully, these changes don't produce new bugs! 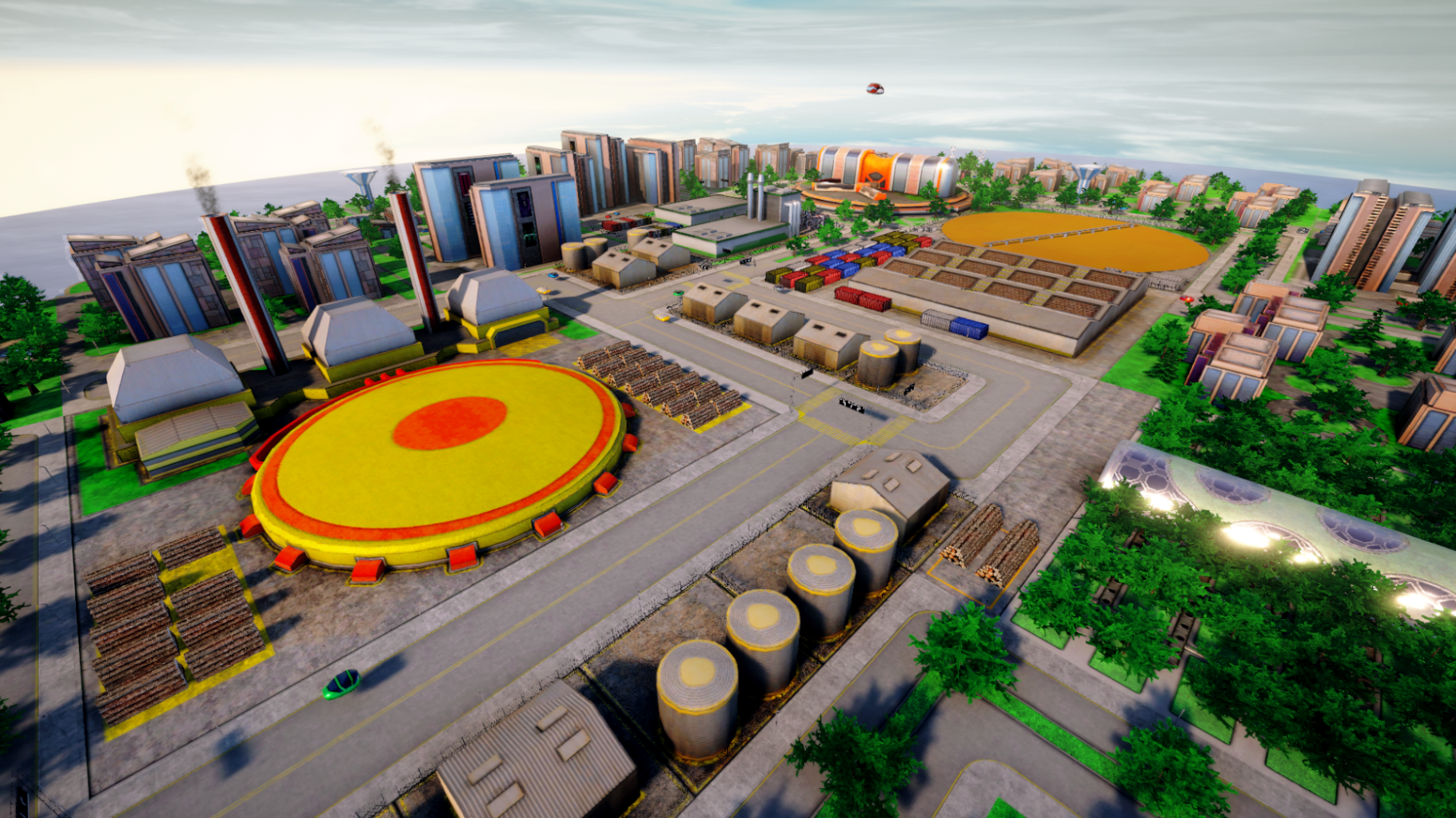 The wood burner will be in, as well as a bunch of smaller decorations, like the container lots seen next to the warehouse. Two types of parking lots (industrial and commercial) have also been added: 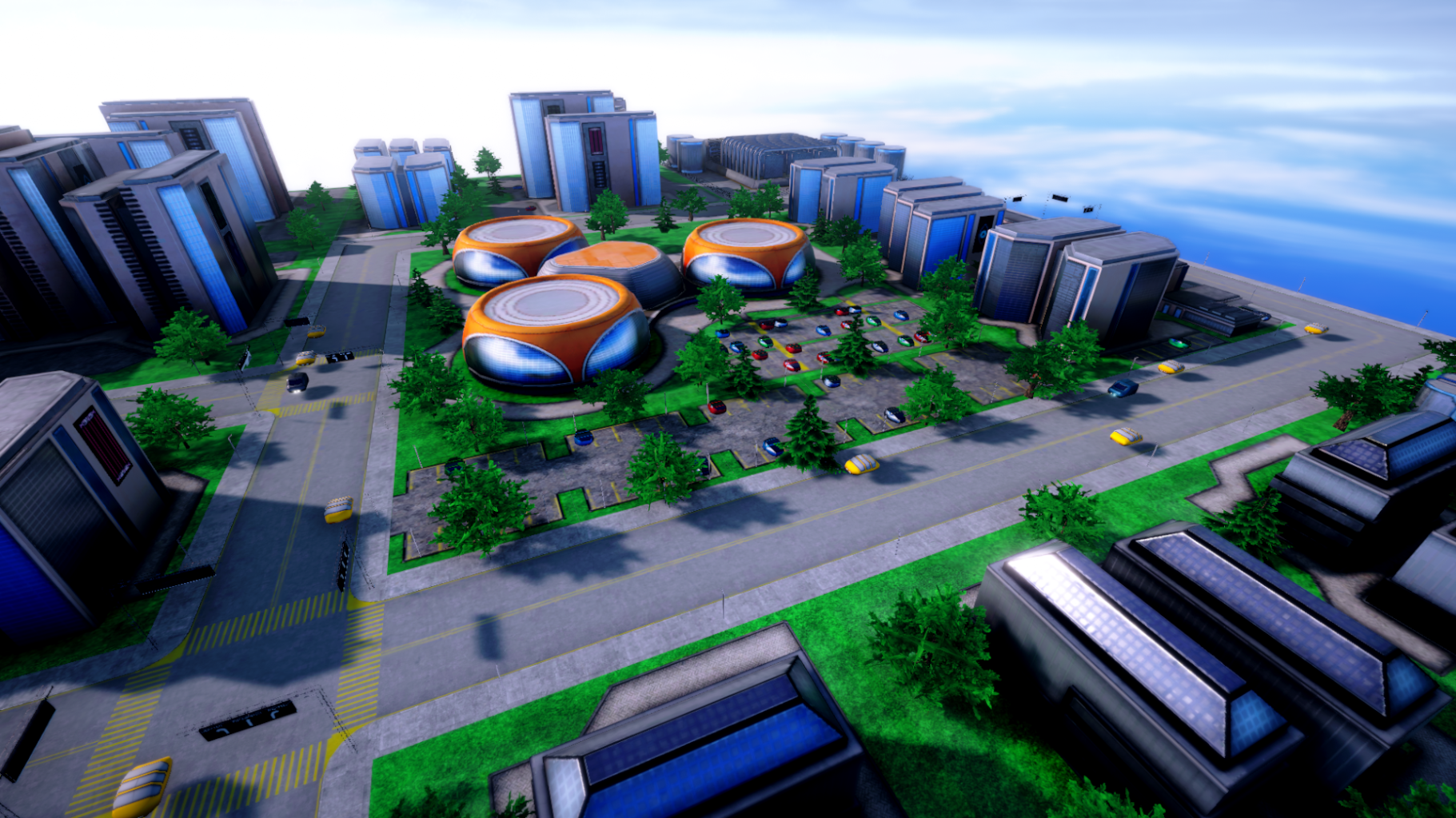 There have also been changes made to how health is calculated, making the number of ill people variable (it used to be static depending on population size). Also, happiness will affect the residential growth condition. This condition used to be that a residence would only grow if it reached 90% efficiency (and was in a dense area...). Now this condition is set to 100% - happiness in the city (from 0-20). So if citizens are very happy, a residence will grow even if local area effects are not fully met. If citizens are very unhappy, then it will be more difficult to grow the city.
Obviously, good health levels etc. improve happiness, so it all goes hand in hand, but policies can be used to push happiness further. 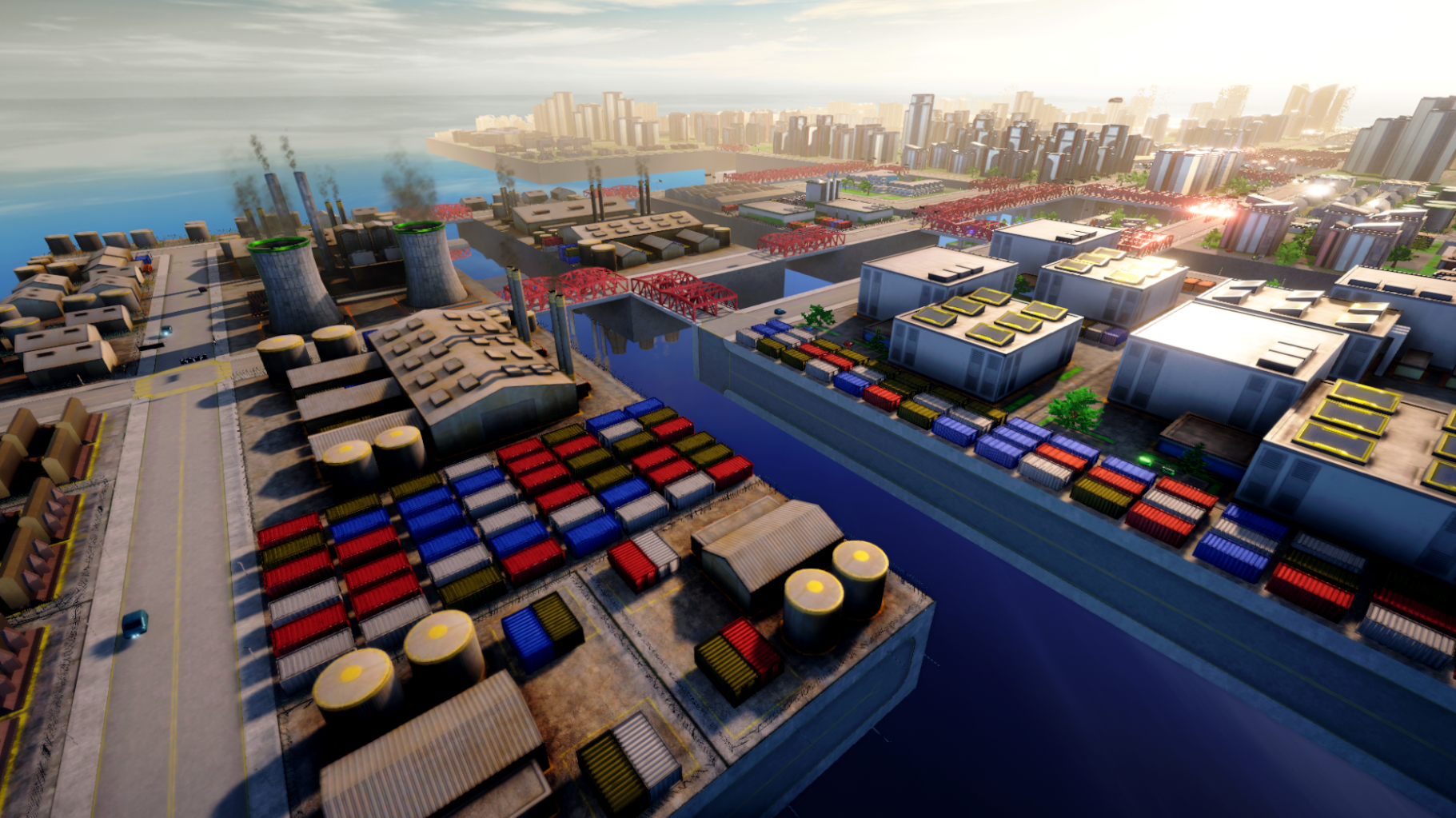 Version 0.4 will be live tomorrow!