A new version is going live in a bit! It doesn't feature quite all of what I wanted to have done, but there's been a lot of stuff done to prepare for these additions, so they should be in fairly soon.

What IS in then? 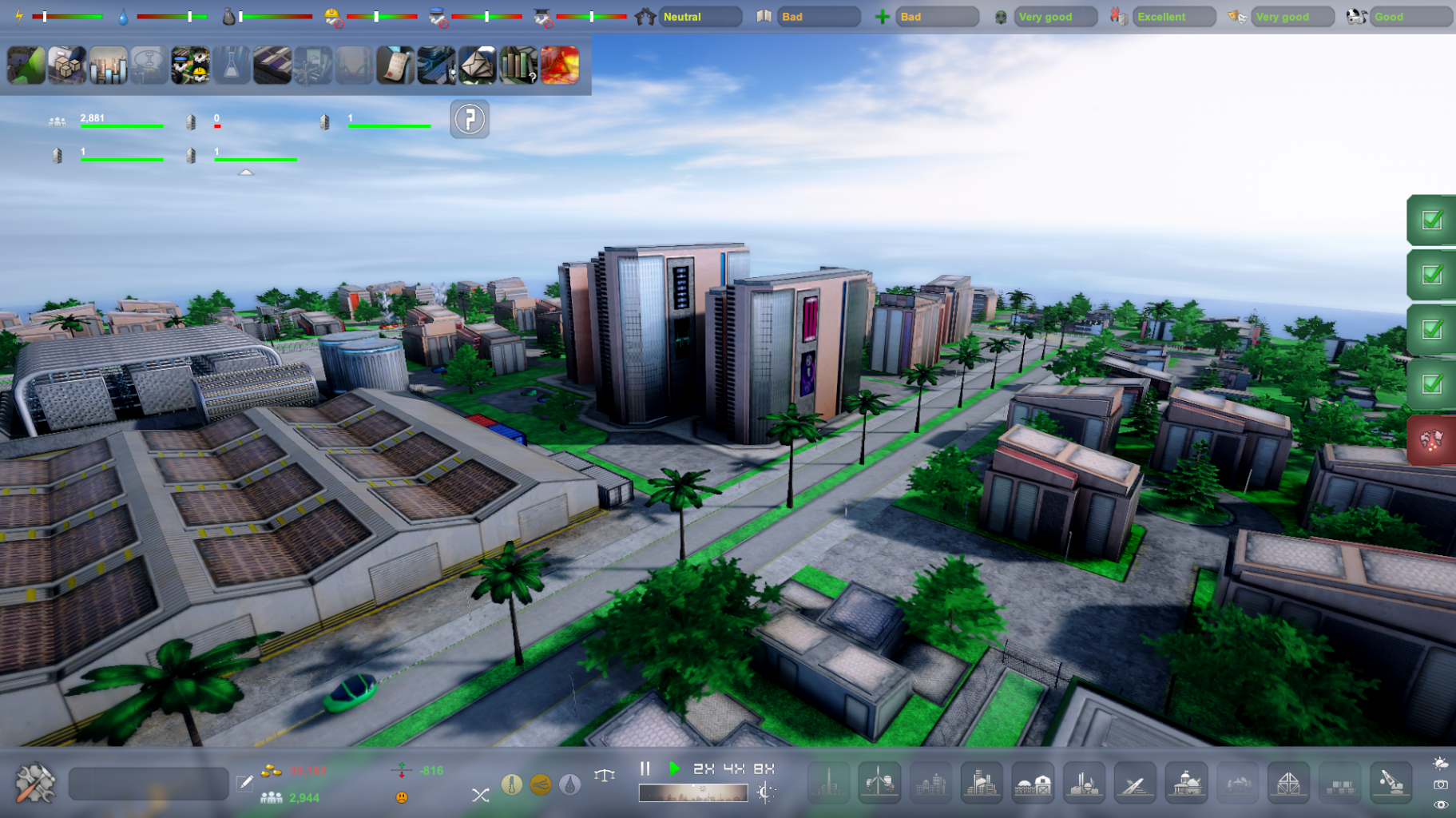 Small additions like a palm tree avenue and palm tree prop that is added around hotel buildings have been added, along with the football goal prop to the stadium building. 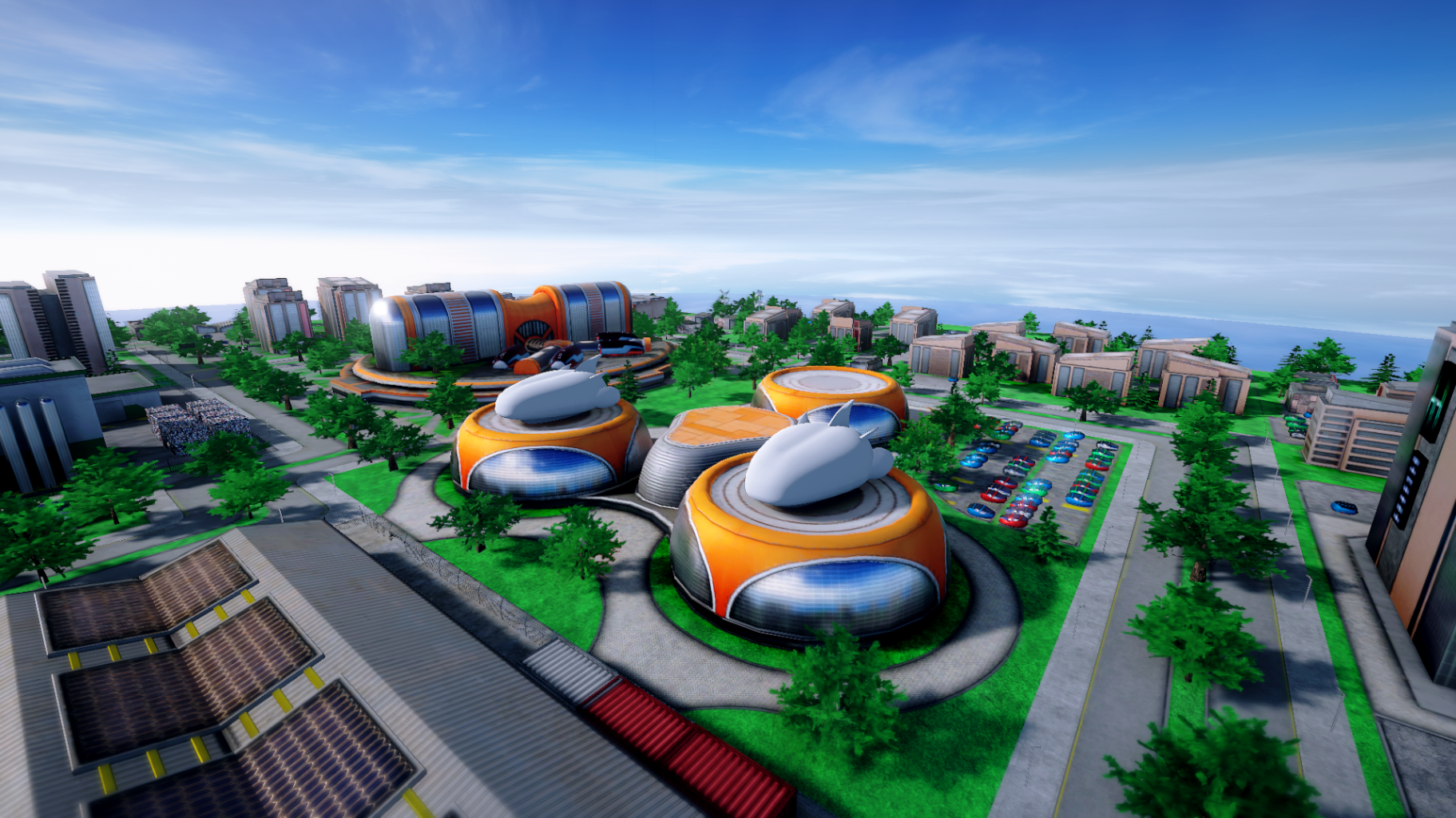 The aeronautics station is in! Currently it only adds the public transport effect to its surroundings. Getting it to connect to other regions of the city with an aeronautics station so that labour can be shared all over will require work on the core of how things are calculated in game, so I have held off on doing this to not rush it and risk breaking stuff. 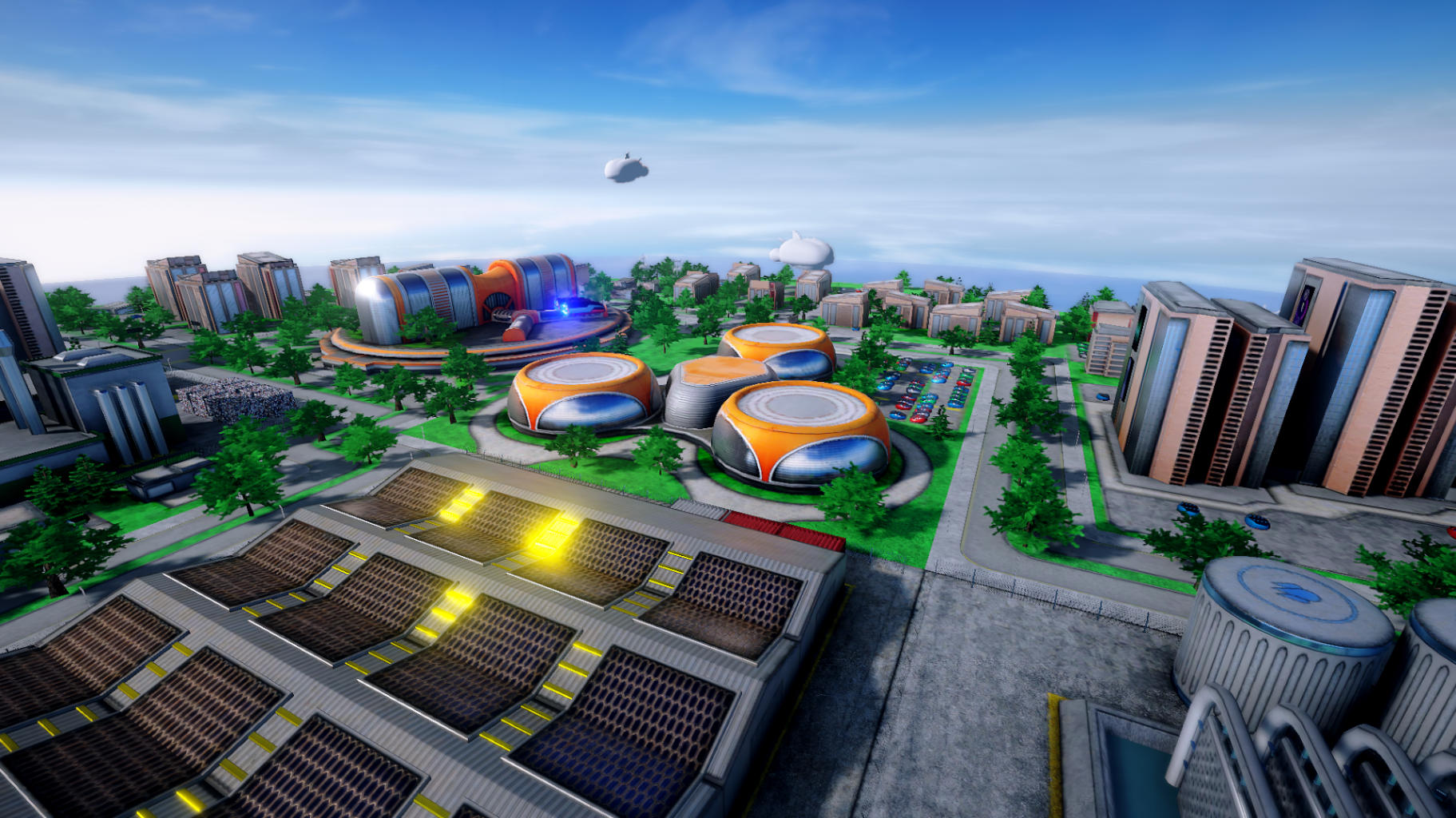 Not seen in the image, but added afterwards is a new shader that will allow players to set custom colors to vehicles such as the blimp, vactrain or trams. This aside from being able to set a custom color on tram, monorail and vactrack networks. 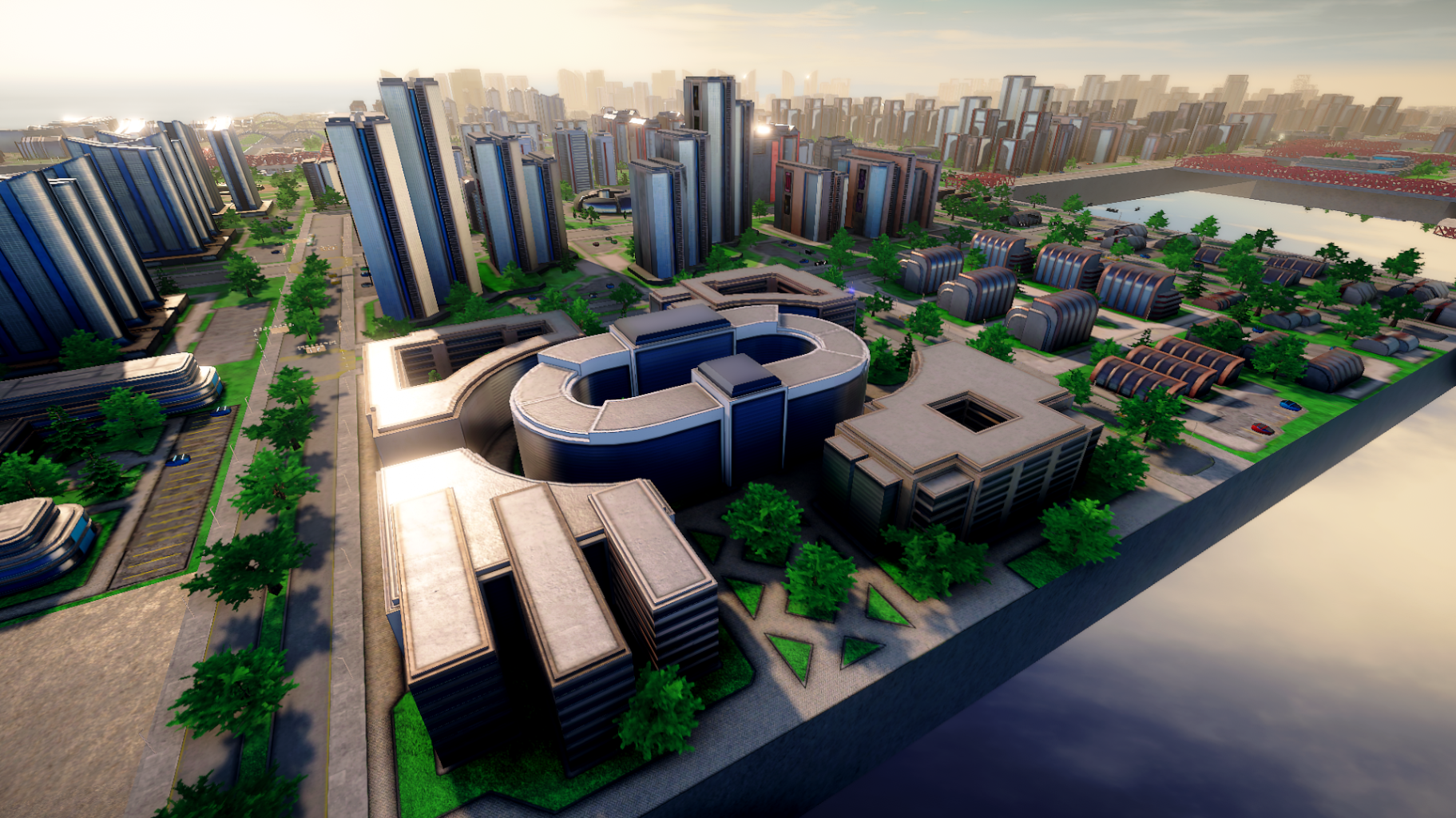 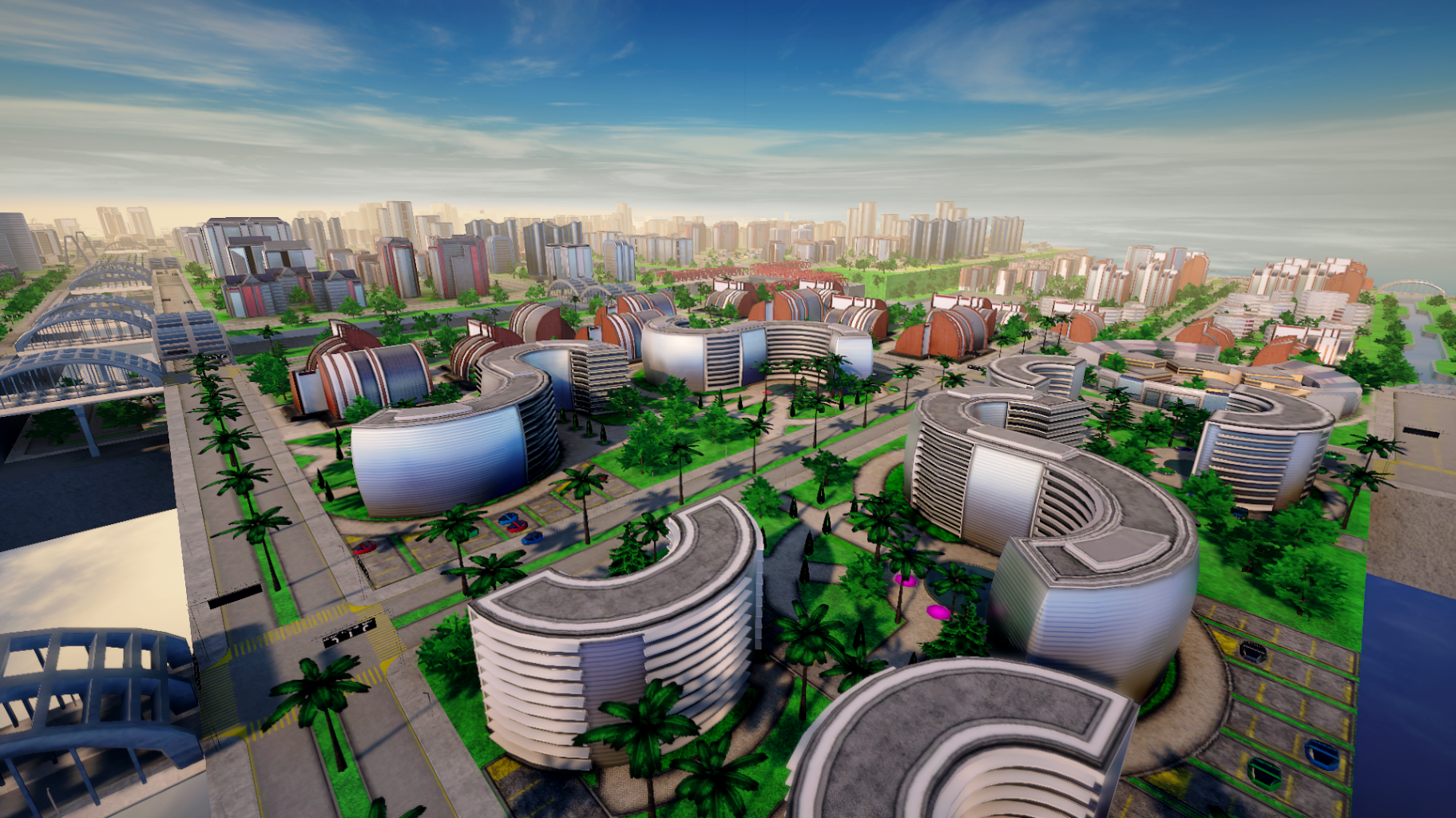 A bunch of bugs have been fixed too. Most notably a bug that caused research to stall.