Those lucky enough to be at the Freeplay Independent Games Festival in Australia, Melbourne a couple of weeks ago. Got to play some TS Rising Multiplayer! See the Photos, screenshots and concepts. The Temple of Nod, Nod's MCV and more are revealed!

Freeplay Game Festival - 2010, Good Welcome Citizens
On the 14-15th of August those lucky enough to visit the Freeplay Independent Games Festival in Australia, Melbourne. Got the first public hands-on of Tiberian Sun Rising multilayer, the event was a blast! we got some fantastic feedback and some very interesting match's where played. So we took on board what we learned from watching people play to make TS:Rising even better! but the key thing we took back from the people who played TSR. Was that it was fun! it was a two-day event and we had people coming back from the first day to play more. Which I was delighted to witness, I David "Assassin" Thompson (Game Designer/Producer on TSRising) was on-site at the event. Here are some photo's from Freeplay! 2010, if you were there dont be a stranger and post in some comments here on our ModDb! This is probably our single largest update to date so please enjoy! 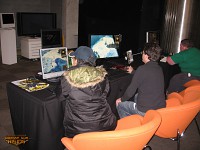 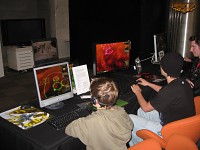 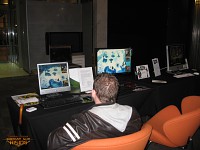 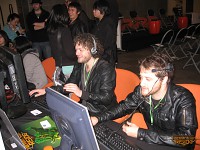 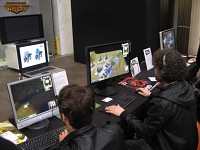 One Vision, One Purpose. David? - Interview
The crew over at MakingStuffIsFun.com took some time to interview me regarding Tiberian Sun Rising, which covers our origins and how we got to where we are today an informative interview for those curious about the people behind Tiberian Sun Rising!

The Tiberian Sun has Risen!
Next up, we get a good look at the Snow Camouflage of the GDI, and also how the Brotherhood of Nod will appear on the Snow maps in TS:Rising. The Temple of Nod modelled by Halfie and textured by Xiras also makes an appearance. We got some new PostFX you may notice giving our maps a more environmental look (thankyou Asuka) and for the maps I thank General Aurum. Theres a number of new additions/changes shown in this update I haven't mentioned see if you can figure out what they are :). 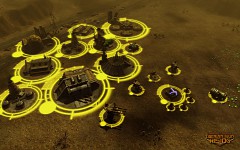 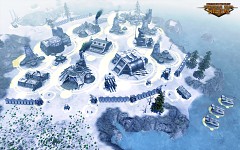 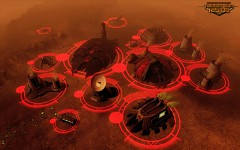 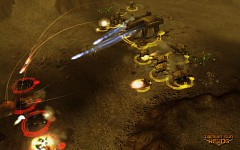 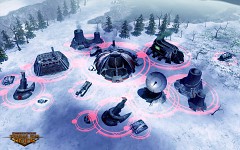 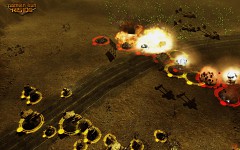 The Technology of Peace!
Lastly concept art has become a regular thing here at TS:Rising and as a big fan of concept art I present to you the Nod Subterranean Mobile Construction Vehicle! Concepted by Drift you may have seen earlier versions of this vehicle before this is the final result. 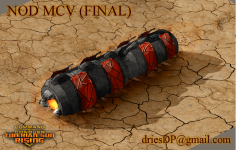 Thankyou!
I'd also like to thank our Australian wing of TS:Rising Joshua, Luke, Jamie and Mark who appeared at the event and were on hand to help run the TS Rising stand thankyou guys! made the weekend alot easier. I'd also like to give a shout out to Golan and Asuka from the German wing of the TSRising team for joining me in some very late nights working on TS:Rising leading up to the event. And of course a big thank you to every single member of the TS:Rising team for their hard work and commitment leading up to Freeplay and beyond. I'd also like to give a special thankyou to Paul Callaghan and team at Freeplay for organising such a fantastic event and allowing us to partake in it. Lastly thanks the fans for sticking around and supporting TS Rising throughout its long development cycle up to this point we've reached significant milestone.

I'm more than goddamned-freaking-amazed by those screenshots in arctic area!! And the Temple of Nod... beautiful in evil way :D

Good Damnit, I live Melbourne and I ddin't know about this! Well sucks to be me!

I apologise for not advertising it prior to the event, we were absolutely flat out tweaking/polishing/fixing and adding stuff right up the 1 hour before the Expo began. *many thanks to multiple timzeones of our team but also late nights by all*.

this Mod will be my redemtion!

When do you think we'll see the first release of TSR?!

Your mod looks Ok. But, your custom units, sorry but, They are horrible. It doesnt match the TibSun universe at all Im afraid.

You'll change your mind when you see them in action,

We are redefining what the Tiberian Sun Universe is, TS Rising is NOT A remake its sorta a next evolution of Tiberian Sun a re imagining if you will but staying true to the atmosphere and Westwoods ideals and designs where possible.

Your entitled to your opinion, but do not flame here or I will delete your posts.

Read my comment on the Nod MCV if still in doubt, the focus was to come up with a completly new form of Subterrain vehicle. Different from the Sub-APC, the Montauk and the Devils Tongue and this was the result. It is definatly unique, it looks ahead of its time *futuristic looking* is always been a Nod thing.

Everything visually comes together with Westwoods stuff, nothing looks jarringly out of place so I dont see justification for you stating that. However if you can design better by all means give it a try and show me.

I dont do flaming. Just dont.

Please clarify what you dont like if you can, constructive criticism and we'll defiantly take it on board give it consideration.

But just saying I don't like it, doesn't help us much.

Could you try being more specific perhaps?

Weird. To be honest I wasn't a huge fan of Tiberian Sun (... Flame suit on!) but the work these guys are doing on Tiberian Sun Rising is absolutely aces and I'm impressed.

Keep up the great work guys!

Well thankyou, for me it was Tiberian Sun story and all the cool units and ideas they had that I really loved about it and the atmosphere the tiberium lifeforms, just felt they could a have been better executed then they were in the original. Even Louis Castle said at the C&C4 Pre-Alpha at CommandCOM that if there was one C&C he could go back and do again it was Tiberian Sun he felt they could have done more with it then they did. Which I agree, its why TS Rising exists and he was delighted to hear someone was working on it ;).

maybe you can upload a replay of a game ?

I was following this and i think you guys had some discussion way back in the Isotx mec2 forums as well. This is definitely a top mod for CnC3 alongside MEC2 and Essence. Can't wait for the release.

Good luck with your work guys. You guys seem to have lost done a lot of hard work :)

No, I cannot design. Because I dont have any experience at all in artwork etc etc etc. All my ideas are in my head, but I cannot get them out on paper/into a computer program no matter how much I want.

However, I have always been, and I will always be against customised units and such. I simply dont support it, but thats just my opinion.

Of course, you guys make a lot of good stuff as well. I simply love the graphical work you do, such as Moddb.com Im not complaining or trying to throw dirt on your work. I just said my honest opinion.

And, if people likes to - vote my posts, then fine. But atleast give me an argument why you did it. I dont buy a simply "What you say is wrong" or such. Might sound wrong for you; But its not what you think, its what I personally think.

Everyones entitled to their opinion didn't mean to say your opinion is wrong if thats how it came across. This is for the fans, and so we listen to the fans but I guess you cant please everyone.

Thats fair enough, I'm guessing your more attached to the original Tiberian Sun. The main reason we added customised units like that is we wanted Assymetrical factions and we are redesigning TS this is not a remake and never hsa been and never will be.

Like you dont believe in customised units, i dont believe in remakes. Making something in beatiful 3D doesnt change the game it just looks nicer and people will play it and get bored in acouple of weeks been there done that. I see it as pointless, Tiberian Sun Rising offers something new, trying to be the best Tiberian Sun game it can be as if Westwood made it now thats the goal. Whether we succeeded in that is up to the fans to decide when we release.

One problem though. The circles around the structures are very distracting. I have read you will make them dimmer, but they should only be around units. Or are they the health-bars as well, because that's fine, but should only show when you select them.

Oh, the subterranean MCV is really good concept. Kind of like the Montauk. Awesome. Pure NOD.

May I have a stand alone? Just asking?

do those circles only appear around selected units? or all the time?

I'm actually a Melbournian too and am studying games design at VU. Sadly I didn't get a ticket to the freeplay talks (sold out) and I didn't know experimedia was free or else I would have come and had a chat.

I was suprised to see the mod up on their website listed as a demo, good job.

- drunkill
RA: A Path Beyond