Posted by MathijsRevora on Dec 4th, 2019

Everyone involved in doing anything creative knows that it's important to have people to look up to. To be influenced by, take inspiration from, to strive to rival in skill. For many in the Age of the Ring team, those people were the modders that worked on The Rhovanion Alliance, the first mod ever started for the BFME franchise, one so ambitious that it would have remained a pipe dream, had The Dwarf Holds not risen from its ashes to blow us all away.

The greatest feature of The Dwarf Holds was, of course, the Erebor faction. It was crafted with a degree of care, love and precision that we, years later, are still trying to attain. There is no map that better summed up the effort that went into this mod than Erebor, its centerpiece. At the time, the sheer amount of content produced for this single map was unprecedented in the BFME modding scene, and it stands the test of time beautifully as one of the greatest maps ever made for these games. 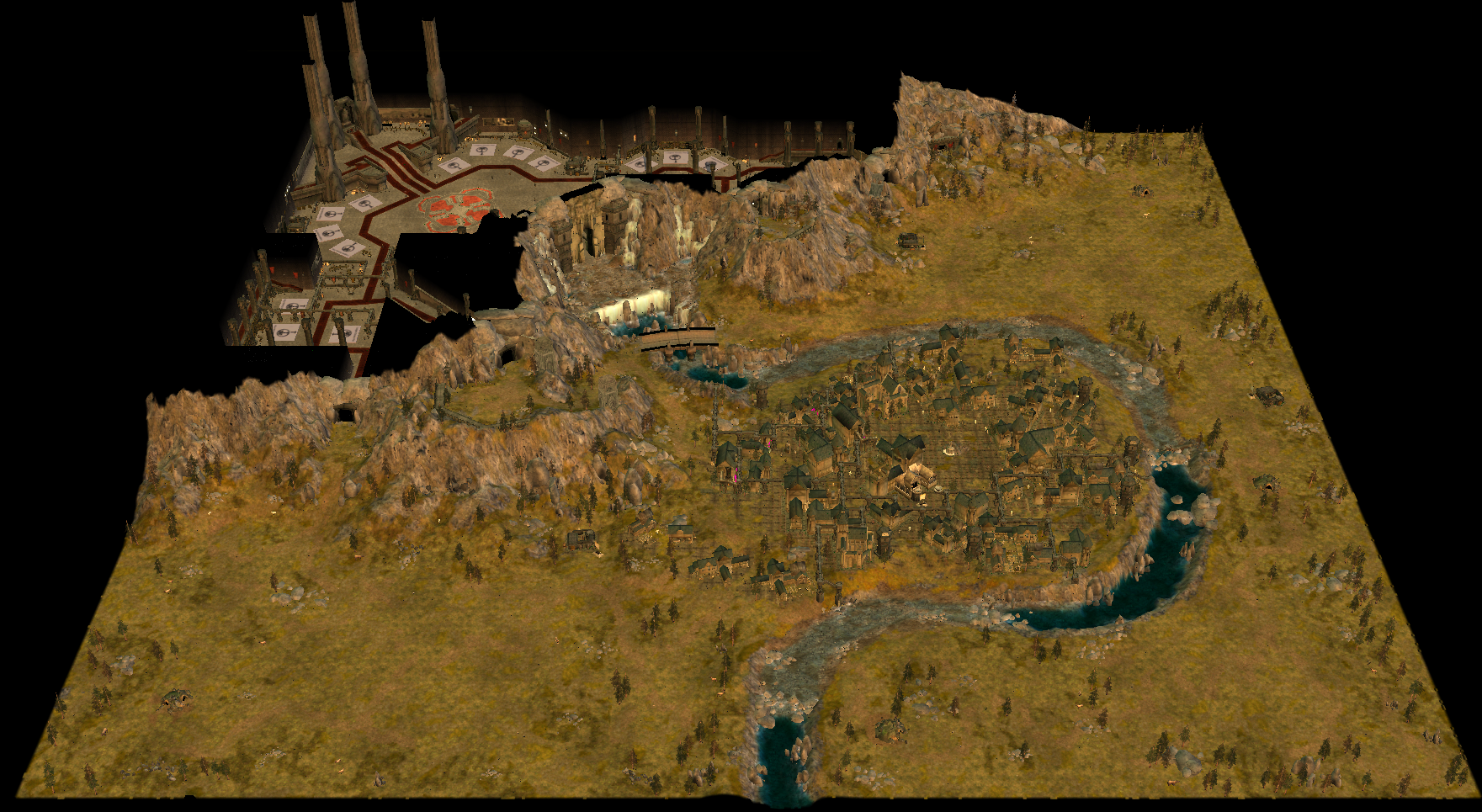 An overview of the map

Let's get to the point of this article: we've converted it to Age of the Ring, and will be releasing it with our upcoming patch 4.1, which will be coming very soon. 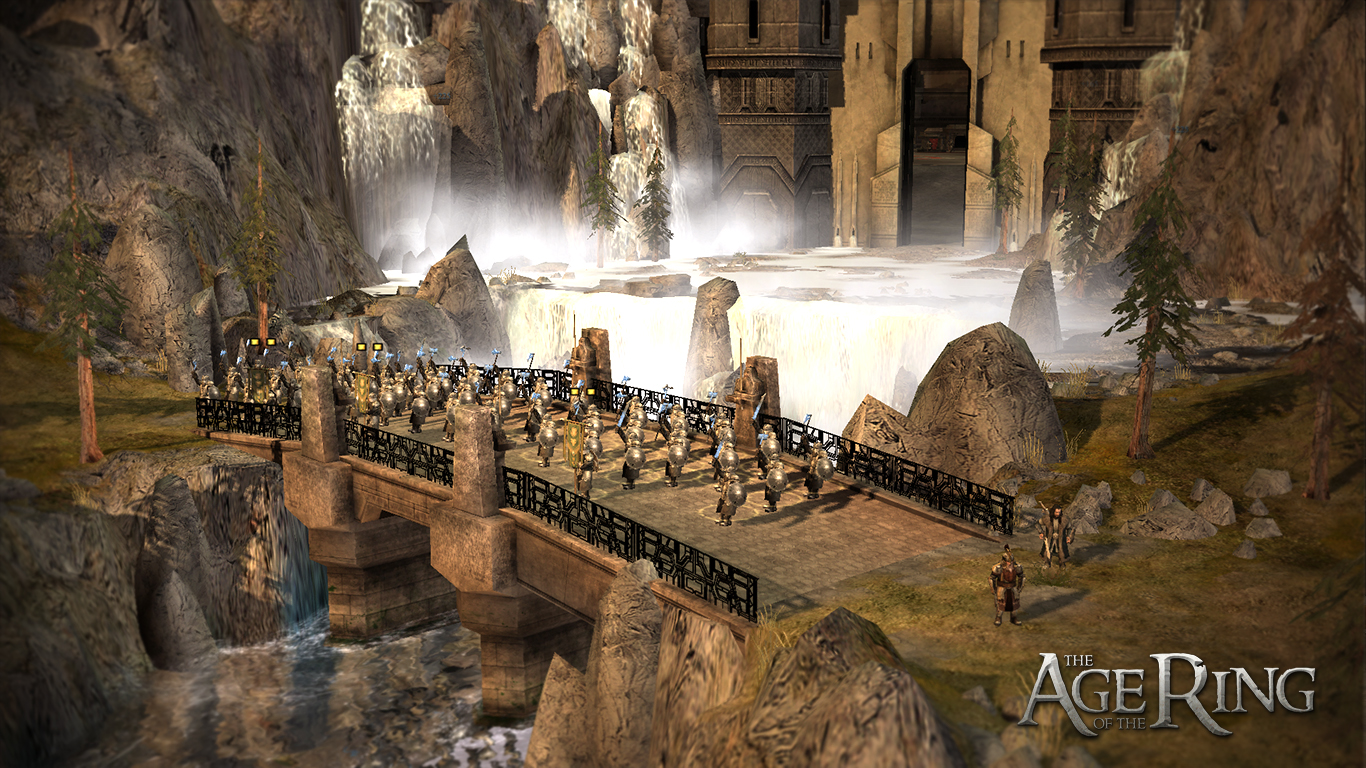 Thorin and Dáin before the gates of Erebor

Created years before the release of the Hobbit films, the map, renamed The Dwarf-hold in Age of the Ring, features a unique, original approach to this iconic location, with hundreds of specially made map props made by mod leader and lead artist Nertea and Rhovanion Alliance artist Andros de Nurne, put to splendid use by _Haldir_, the author of many awesome maps (many of which are converted and feature in Age of the Ring already). 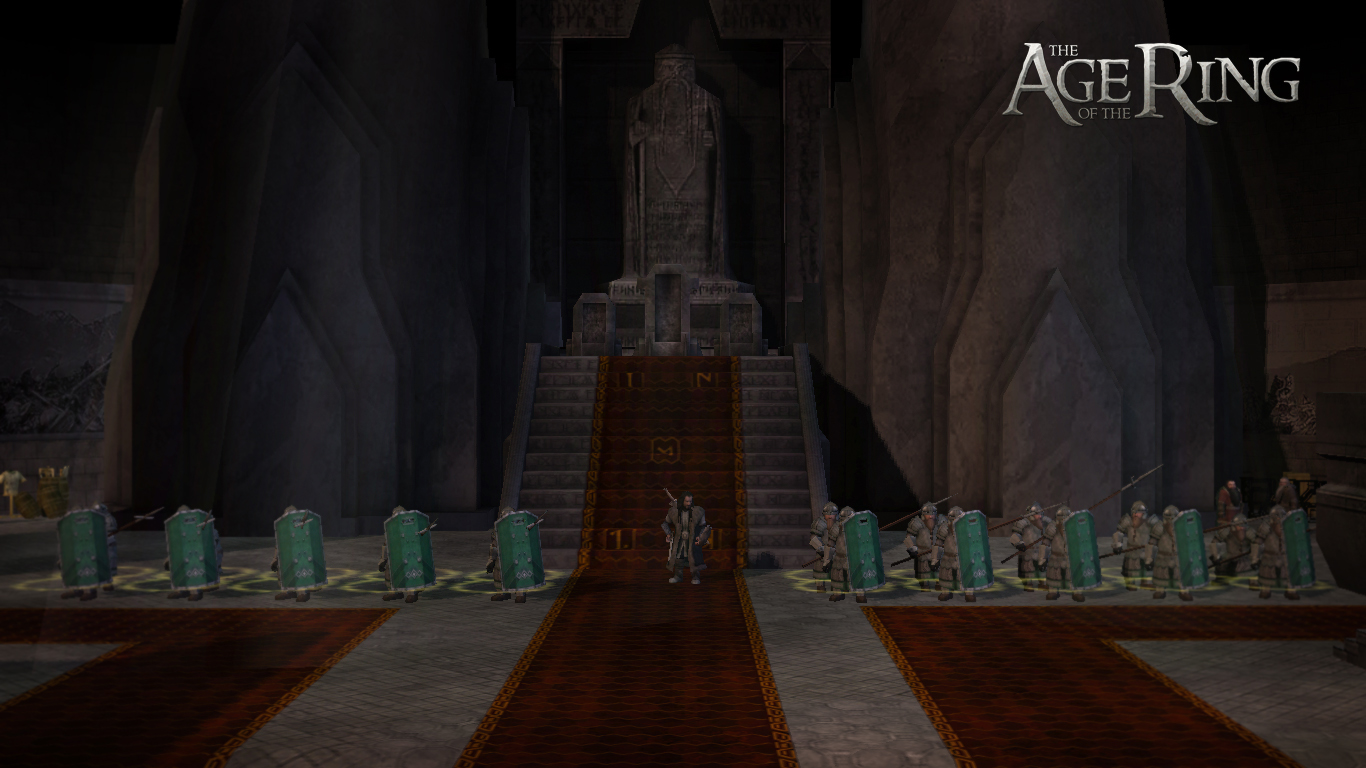 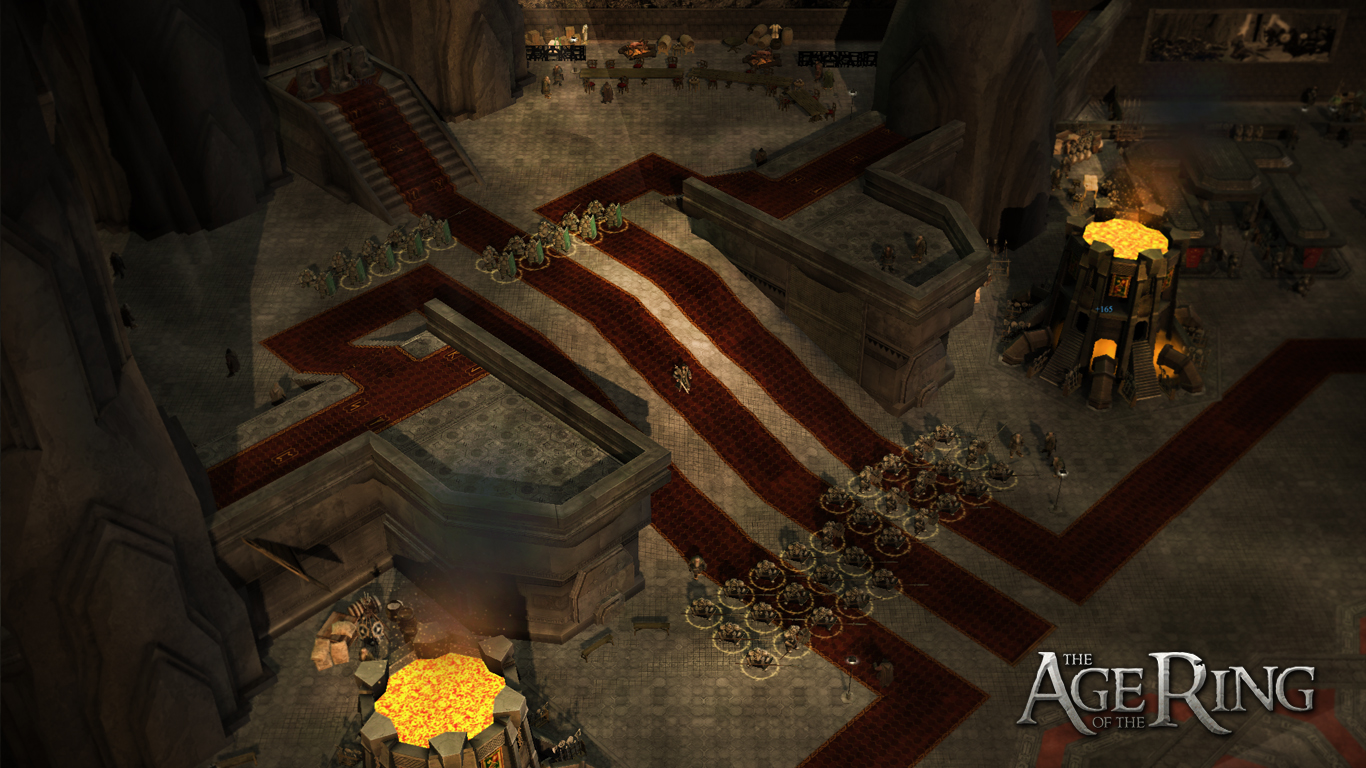 Thorin stands before his majestic throne

Converting this map was no small feat. It was done by Fudge, who had to update the water to utilize BFME2's vastly improved water shaders and reflection system, replace all the original trees with custom AotR trees, reduce the map object count significantly to improve memory load while still maintainings its glorious details, and recreate the terrain around the outside bases to work with BFME2 free-building. 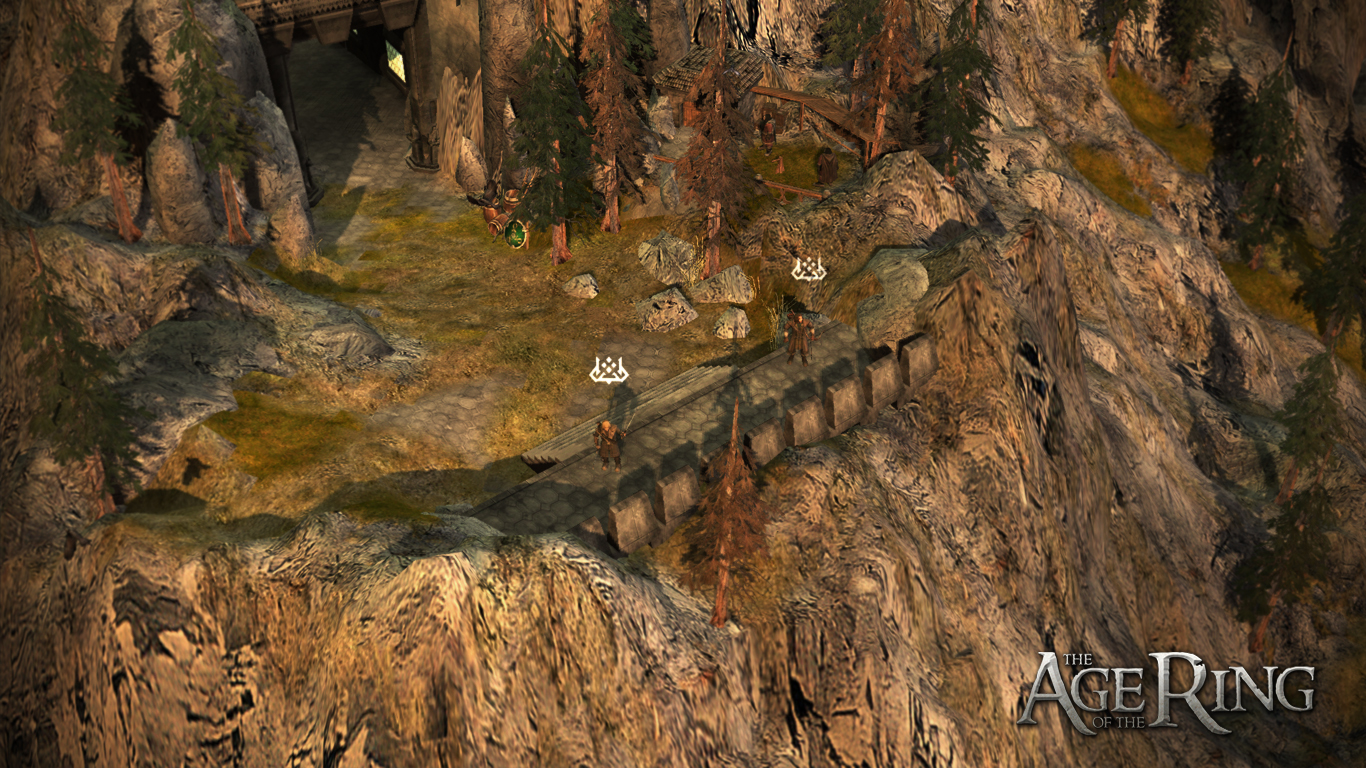 Fili and Kili at the overlook

Fudge also added Dwarf civilians with neutral AI, so you'll see many civilians going about their business inside. He also painted a custom lightmap to make the interior areas darker than the exterior terrain, as well as adding a skybox, Gollum, and camera control scripts. 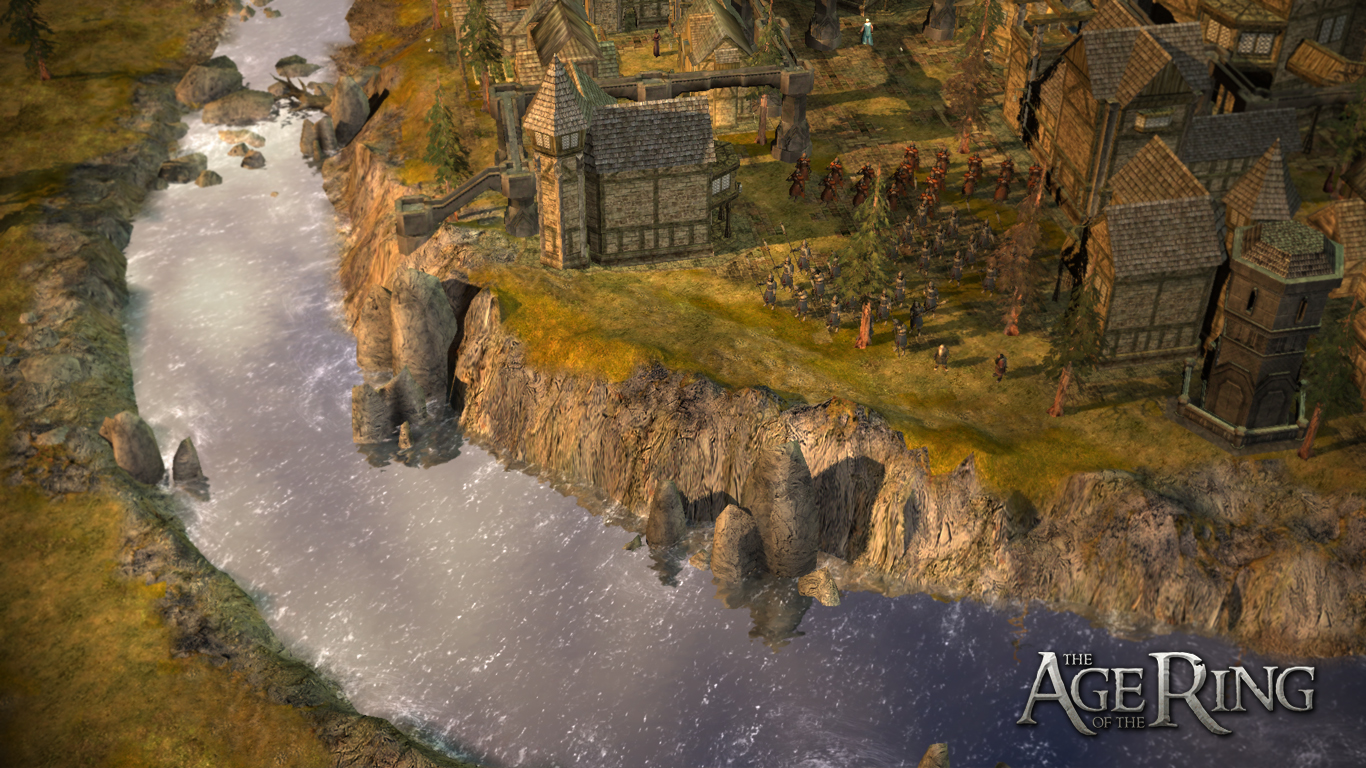 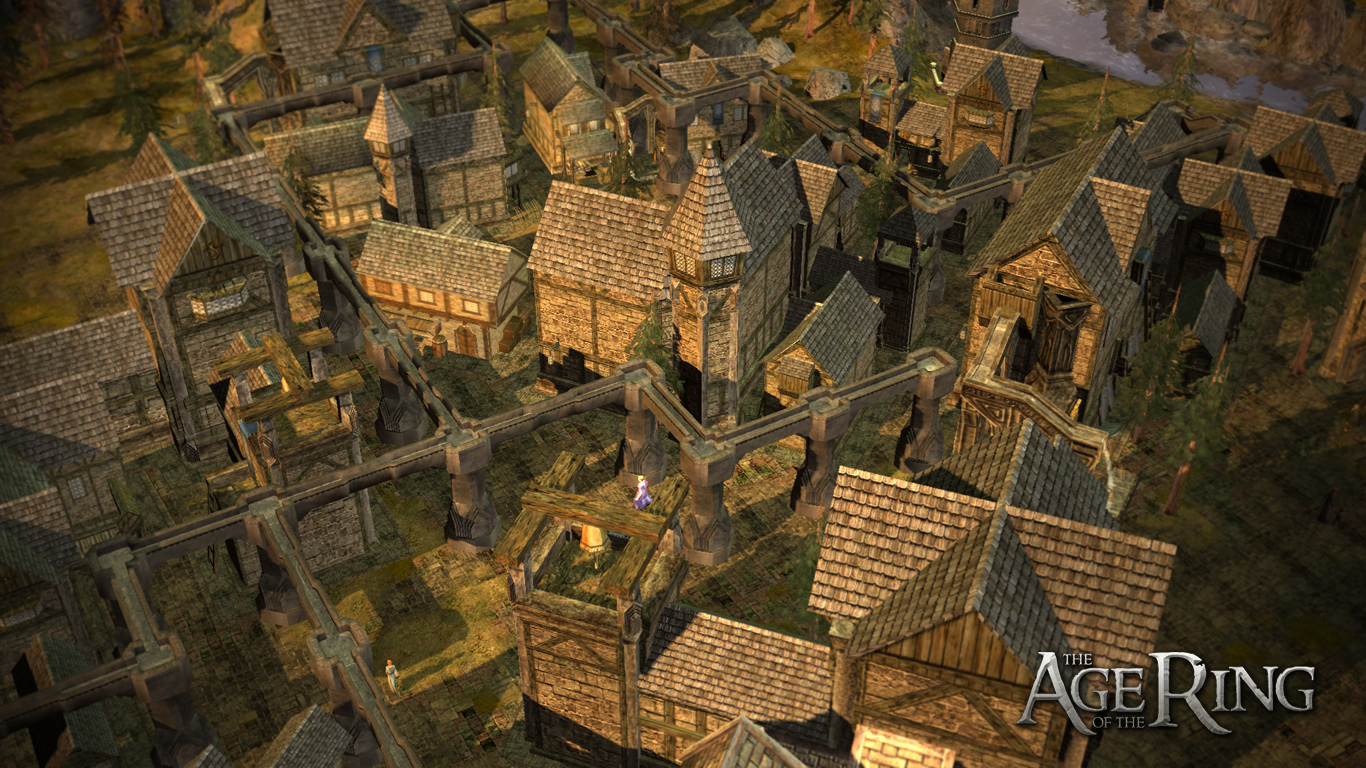 A look at the custom Dale structures 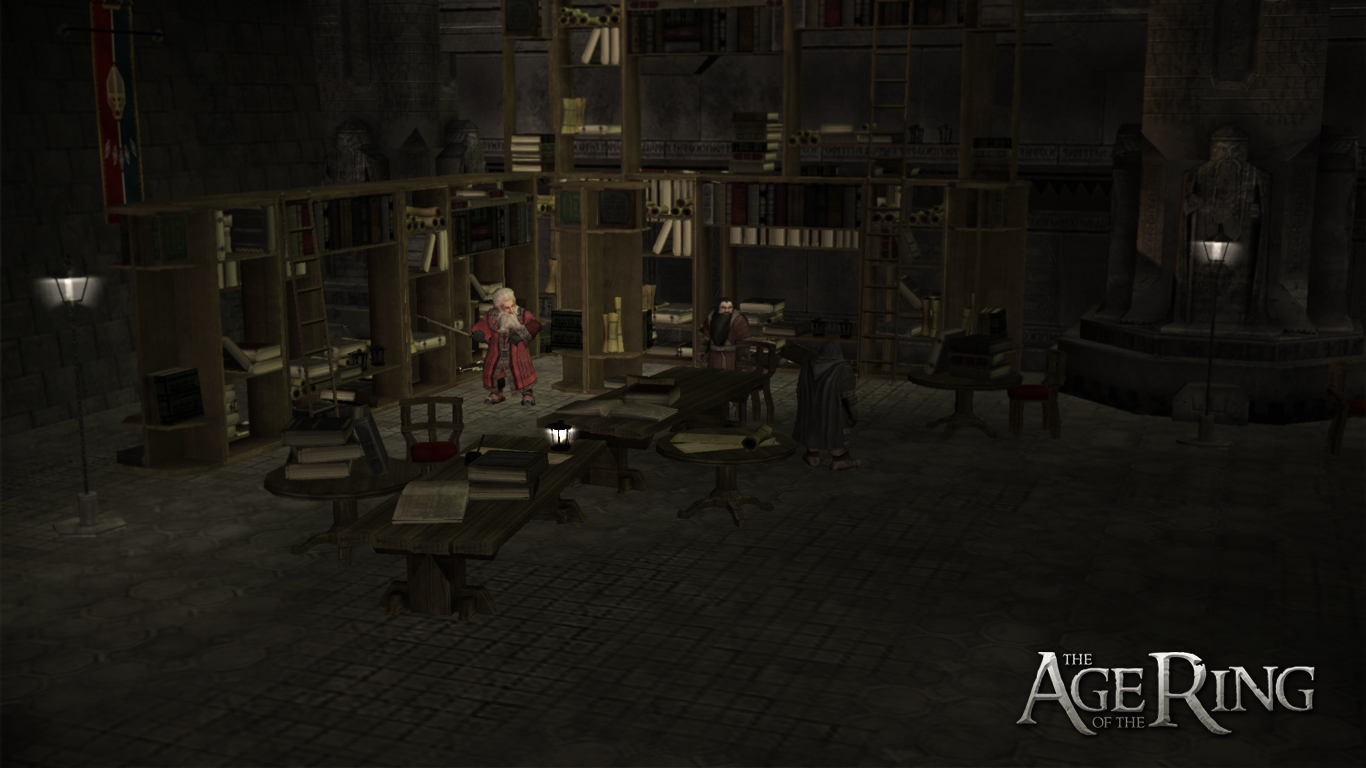 That's it for today's article, but expect further news about the contents of 4.1 and beyond... 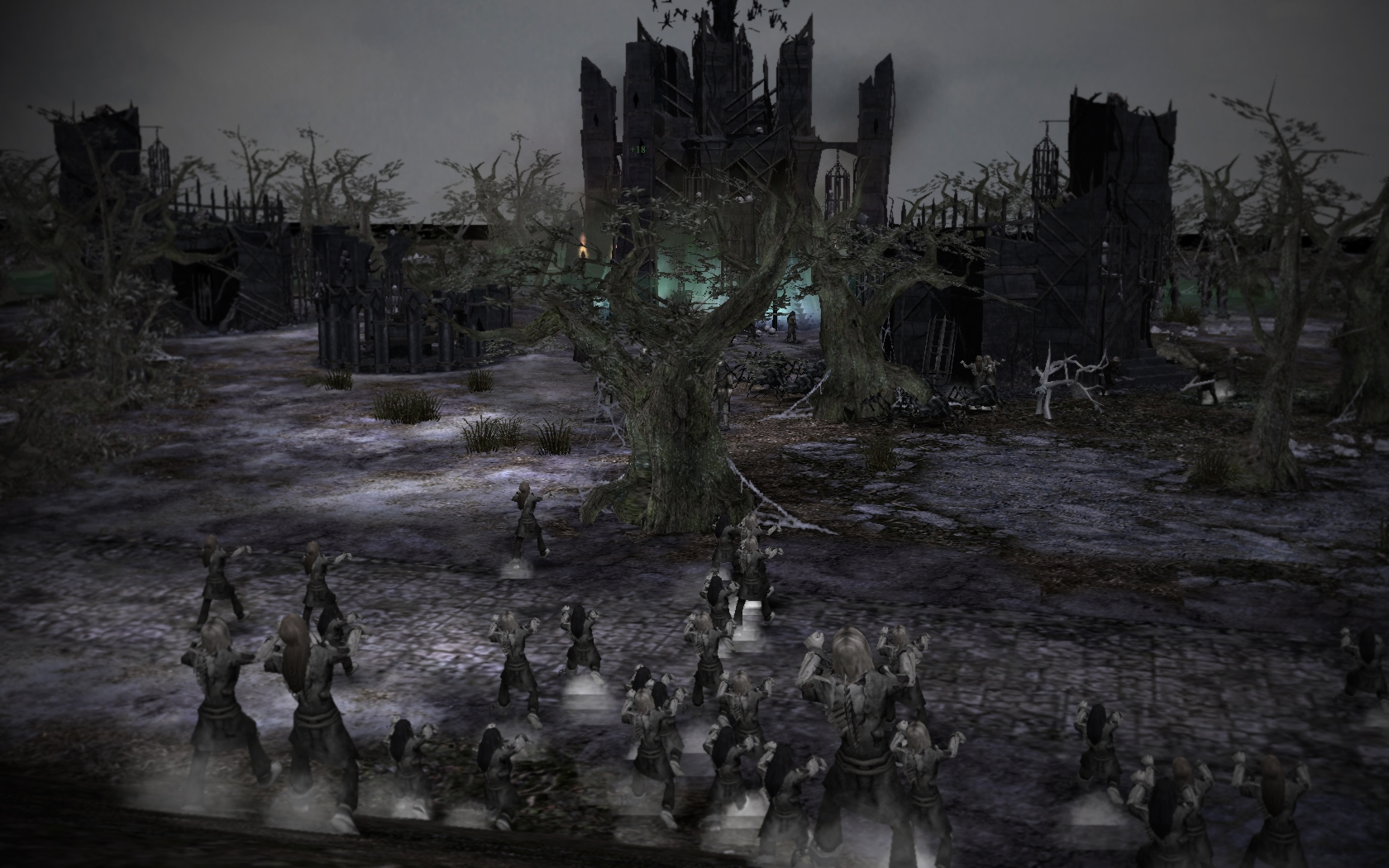 PS: The Mod of the Year awards are underway! Don't forget to vote for us in the first round! Should we make it to round 2, we'll call upon you a second time!

Voted, an hour into the event.

Excellent work, as always! As expected.

I, for one, hope you win, for you more than deserve it.

Thank you all, for your continued effort.

Awesome, I remember following the RA mod closely, so I'm glad to see it live on in its own way.

I am so happy to see that the legacy of RA lives on.

I am glad that you added this beauty to AotR. I am also happy that you've left the hobbit-inspired Erebor map in there as well. Variety being the spice of life and all that. Will you let the latter be the standard for Erebor in Wotr or are you going to swap them? They both look really good. I personally wouldn't know what to pick, but it'd seems a pity to let all that converting work just be for one skirmish map and it would indeed be good if RA were to live on in more ways...