The game get a much needed UI-overhaul, some new buildings and a bunch of bugfixes.

Version 0.46 will go live tomorrow! This version primarily focuses on a much needed UI-overhaul, but there's also some new stuff to build - like this one track vactrain station: 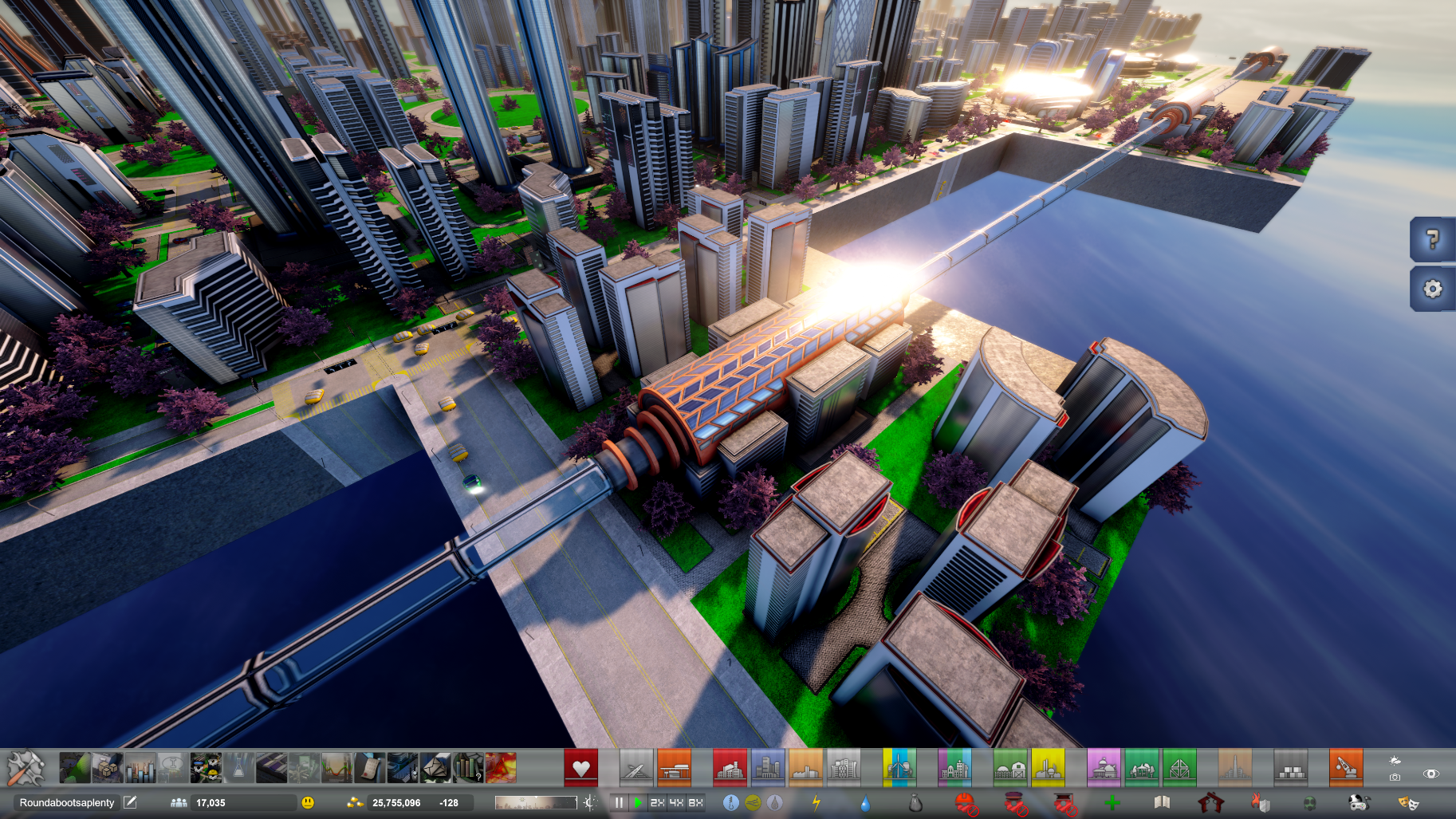 Obviously, UI work is rather time consuming so there are still a lot of things left to do. So for starters, I've cleaned up and revamped the in game UI as seen above. Status indicators have been moved down, as have the buttons to access stuff like city statistics etc. This opens up the entire upper part of the screen. 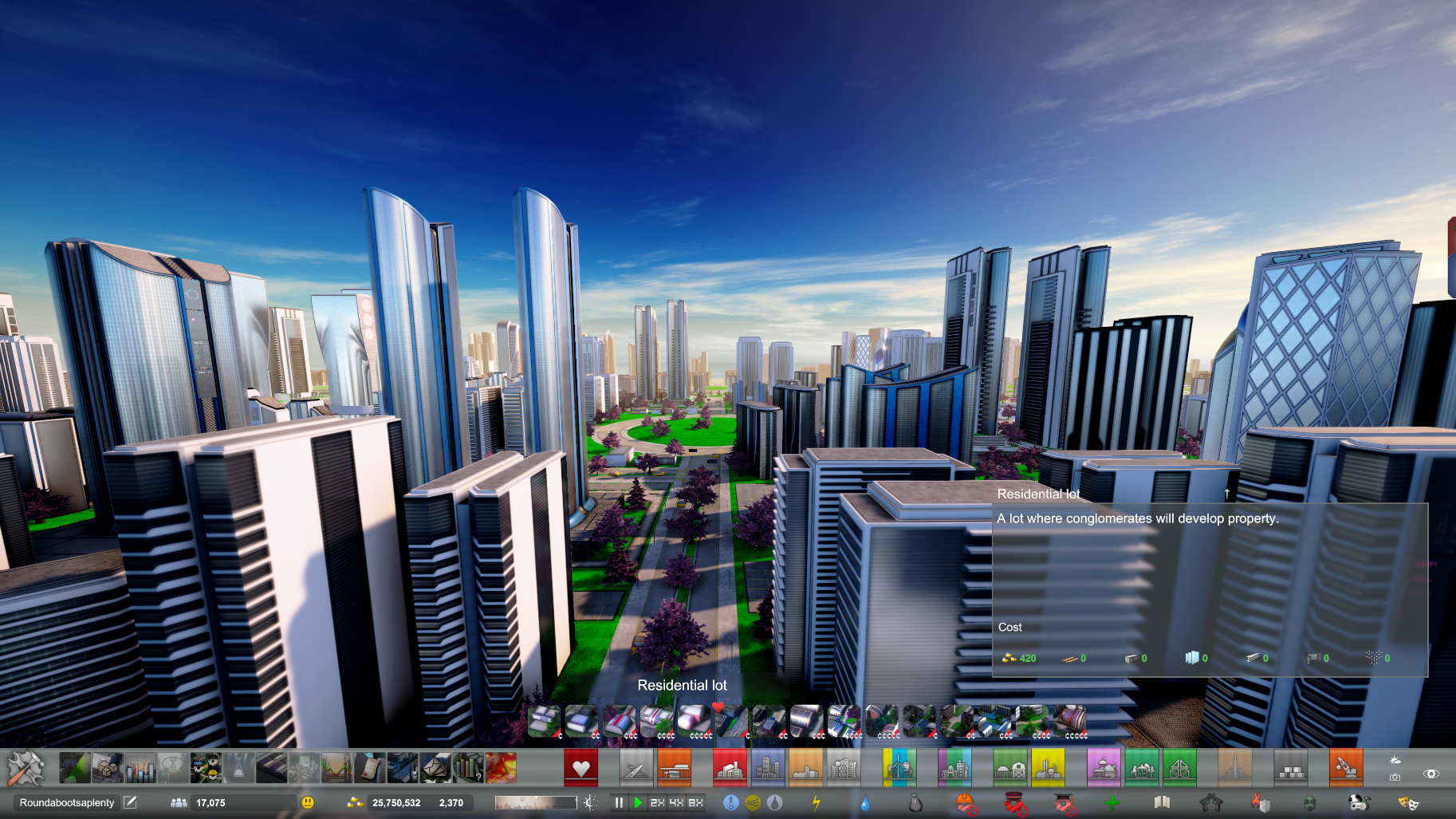 Building options can now be favorited and stored under one menu (with the heart icon). This still needs a bit more refinement, but should be fairly functional. 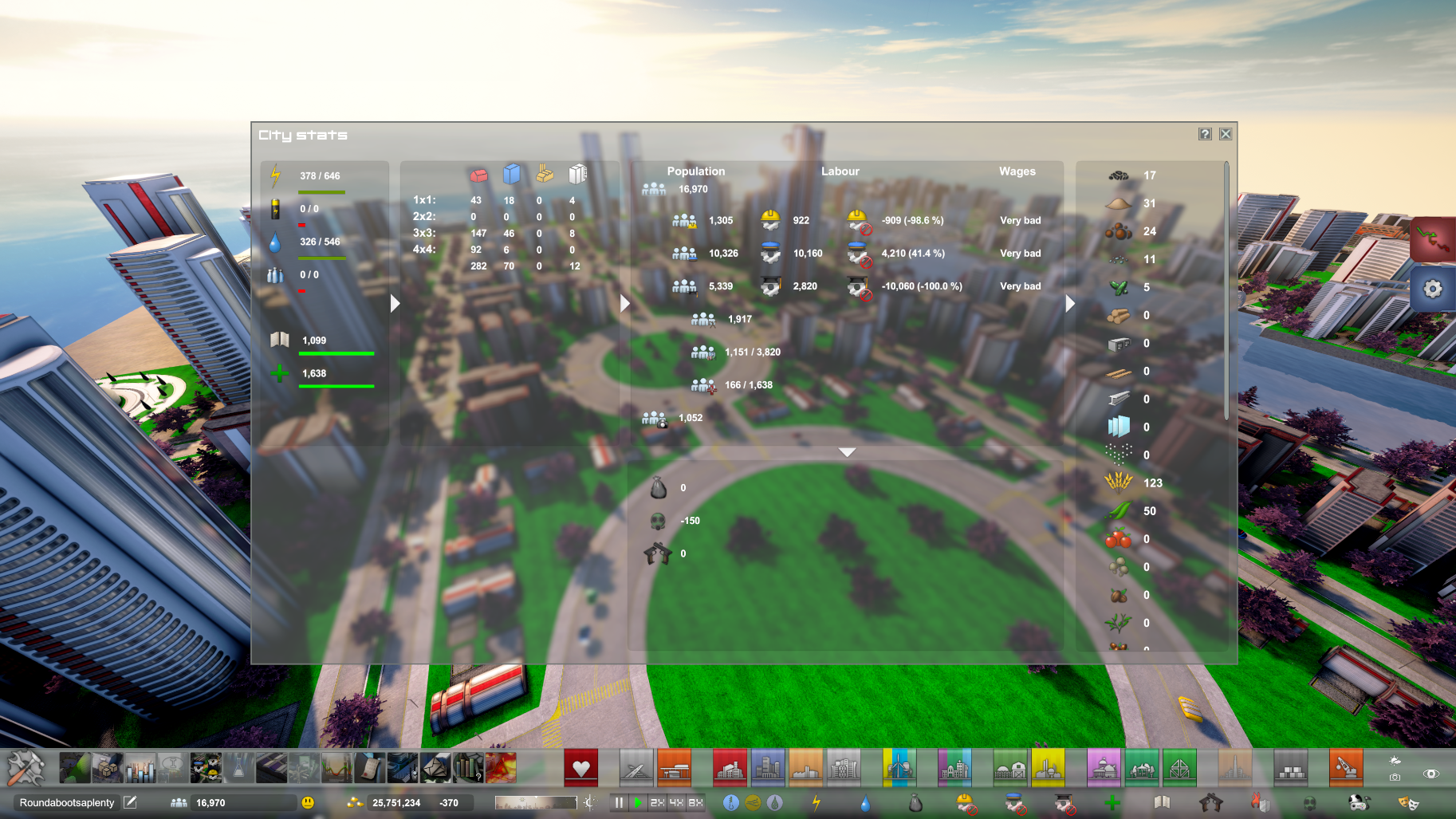 A lot of the windows in game still need to be reworked, but have been ported over to the new UI for the time being. One window that has seen some changes is the city statistics window. Now that there is more screen space, I've been able to expand the size of the window to allow things to fit in better. This is something I intend to do for all cramped windows (trade and policy windows will be fixed up first). 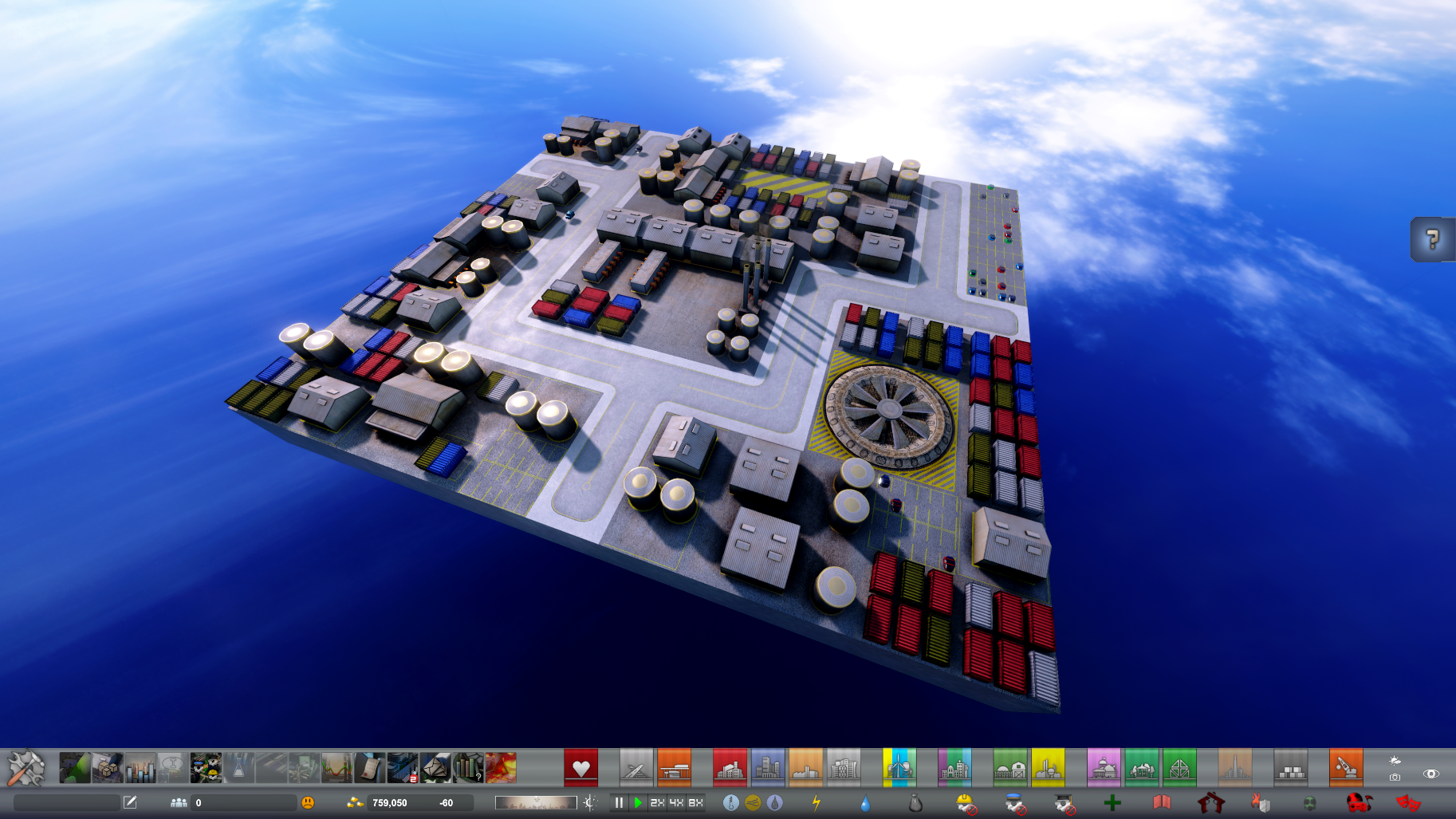 A new industrial type decoration has been added - a miniature fan. 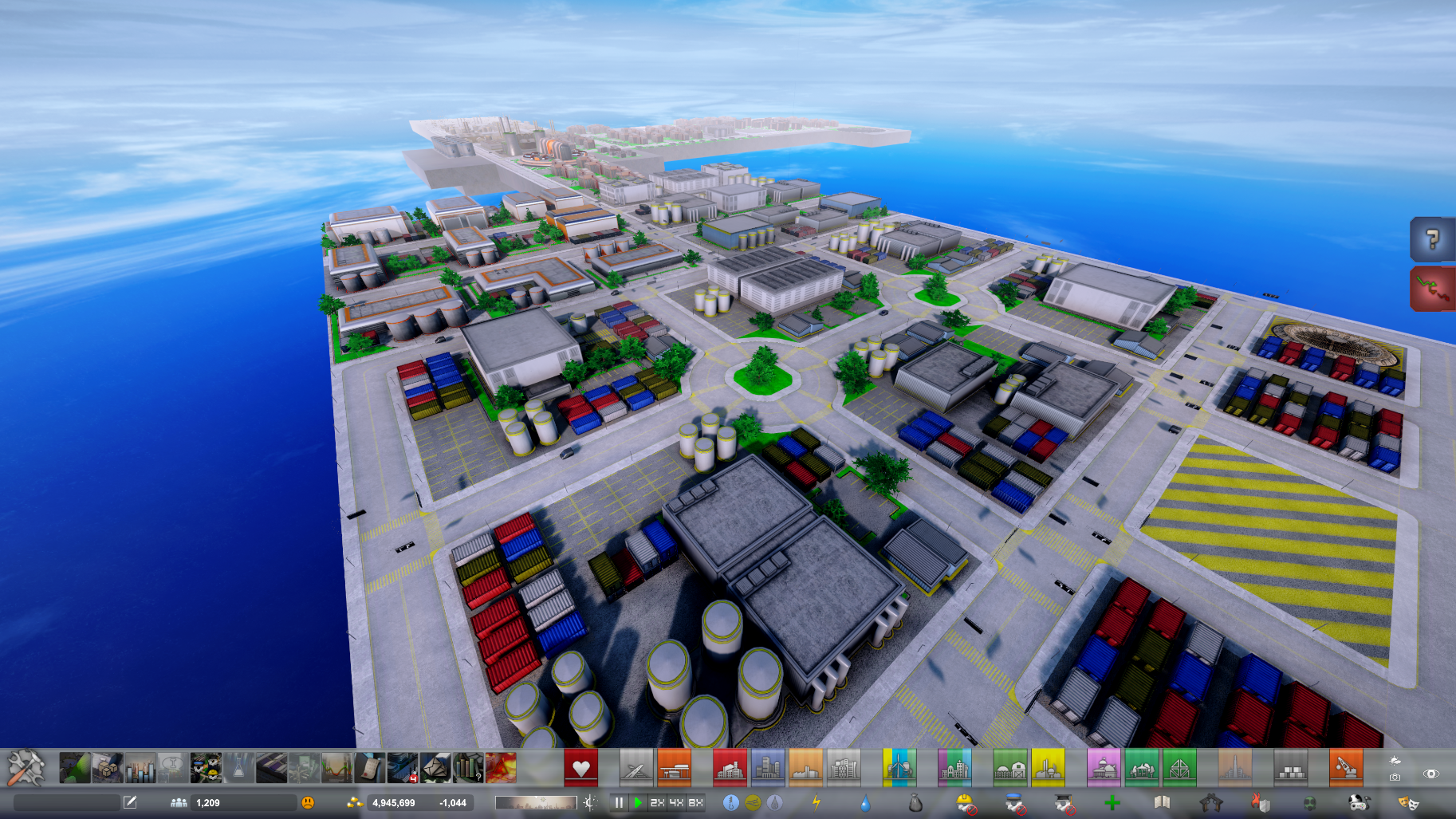 Working on the UI, I've noticed and fixed a handful of bugs. The new UI also adapts better to different resolutions.