This article contains just a glimpse of some of the recent happenings in the Freelancer community in terms of modding and community site. I hope it will draw some new and old people back to this game we all love.

88 FLAK is arguably one of the most impressive Freelancer mods out here to date. It combines extremely fast, explosive gameplay with highly developed AI and incredible special FX. This mod has truly rocked the Freelancer community for what its proven it can do with the Freelancer Engine.

SW:WT is something different in the world of MP Freelancer. A truly unique and original in concept, they have brought together modders from over 6 different communities to create what is one of the most polished Freelancer mods to date!

Easily one of the most recognizable mods of Freelancer, Discovery have done some spectacular things in to the Freelancer engine and the communities commitment to roleplay. Their new mod release pushes the boundaries of Freelancer, adding an incredible wealth of systems and ships into the game for even more roleplay opportunities.

Based on the Chronicles of Riddick trilogy, this mod takes you slightly into the future from the end of the third movie. It combines many new enhancements in the Freelancer engine including a completely redesigned non-player character speech system. For those of you that are looking for something a bit different in the Sci-Fi world, this mod will certainly impress.

This mod features a whole new galaxy based on the Galactica story with new systems, new factions, new ships, new weapons and new commodities. You choose to become a colony or cylon fighter in your viper or cylon raider, alternatively be a tactical pilot on board of the raptor or the heavy raider, and ultimately command your own battleship, a mighty battlestar or a dreadful basestar. 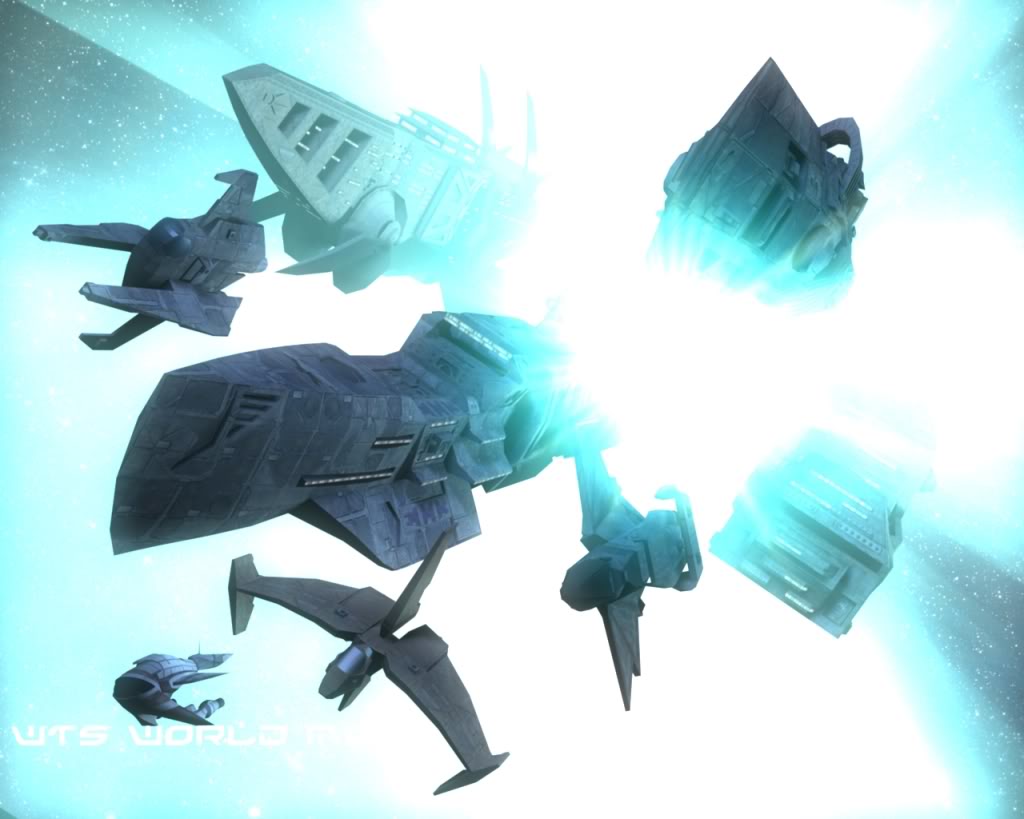 WTS World mod is a multiplayer modification for Freelancer Freelancer isn't only a outstanding 3D space combat game but it also features missions to earn bounty or robbing traders as a pirate, trading, mining, and exploring.

Crossfire is one of the most complex mod for Freelancer by combining a very advanced graphic and sound settings to ensnare the player into the game's universe. You will able to explore over 100 additional systems with more than 200 dockable stations and planets.

Freeworlds: Tides of War is a Star Wars total conversion for Freelancer. This recent development has started a new mod and merged the best components of Freeworlds and Tides of War together. This team hopes this will produce stellar space battles that would enthrall even those not familiar with the Star Wars Galaxy.

That was just a small glimpse of what Freelancer in 2009 has to offer players. We still have a very strong community base, with sites like the The Starport providing a place for modders to collaborate and Reactor Forge providing support for players.

For those interested in more mods for this fabulous oldie game, I encourage you to click this link: Freelancer Mods. To see other mods like Nightstalker Universe, The Void and Monkey Universe.

Wow, allot of mods still being made for freelancer, cool. It's been a long time since i played that great game, I wonder where my disk is ...

Ya, there are a lot of amazing mods still on the horizon, too. FL modding is continually getting better and better. Ya, we may not be lucky as other engines to get the source code, but we're still managing to get great results :)

And I just reinstalled Freelancer a few days ago...

Ithano Circus and Flak are geat and I'm definitely looking forward to Freeworlds. What you guys are doing is awesome

I still haven't really locked in a great SP mod for Freelancer. Are there any? Or should I be trying out the MP more? I just hated how my progress was locked to a single server, and all the good ones would be busy and full. Advice?

Well, I assure you, other than Discovery, all the other mods have more than enough player slots for you to join up in MP. As for the difference of SP/MP, the problem with SP is that it's very difficult to create campaign like missions. The amount of scripting needed to be done is quite substantial. That being said, MP have gradually been getting better with what opportunities they give their players. Programs like FL Hook, allow for a much more dynamic and engaging environment, that allows for more Player Vs. Event interaction, rather than just Player Vs. Player.

It's not a question of slots though. I've found that MP tends to be more fun with a fuller server, but that paradoxically means you're less likely to have a slot.

Anyways, I guess I should dig out my old disk one of these days and see how far we've gotten form the early "oh look, a model and skin pack" mods.

If you still want to check out some SP mods (but I HIGHLY advice you that you also take a look at our MP enhancements), I created a list for such a purpose:
The-starport.net

Now Sushi will you please finish your mod already? ^^

I personally didn't like it since it wasn't just OMFG lasers. Stupid Cargo Runs and Trading.

great game, great mods. i think this game a long time be not forgoten :P

too bad microsoft has done there best to kill this great game.

they do that to everything.

Very nice news and yes, Freelancer is still one of the best Space-Sims. If you want it more complex and singleplayer only, then you can enjoy X3: Reunion for sure, but Freelancer still offers a gameplay, which no other Space-Sim can offer...except X3: Reunion, if it would have multiplayer, which will never happen (for now).

I've played Discovery,Freeworlds and Crossfire so far and would be very nice if could install Crossfire and Discovery and then changing mods with Mod Manager easily without reinstalling all =) Now enjoying Crossfire and hopefully soon get Multiplayer working and can continue adventuring in there :)

Which kind of problem do you have?
Maybe also my FL problems can you help you out, too?
Freelancerpatch.com

www.swat-portal.com also is a very good source for Freelancer.
It is home of many FL mods and contains more detailed information than I was able to find on the other sites.