Post news RSS Blimps and path finding in a void

Blimps are finally functional and updated pathfinding for atmofleets.

Posted by CorrectureGames on Feb 8th, 2021

Brief update – I’ve finally overhauled the way atmoport fleets find their path in and out of the city. The new system makes it possible to cheaply perform path finding in the city as well so that blimps can find their way around. 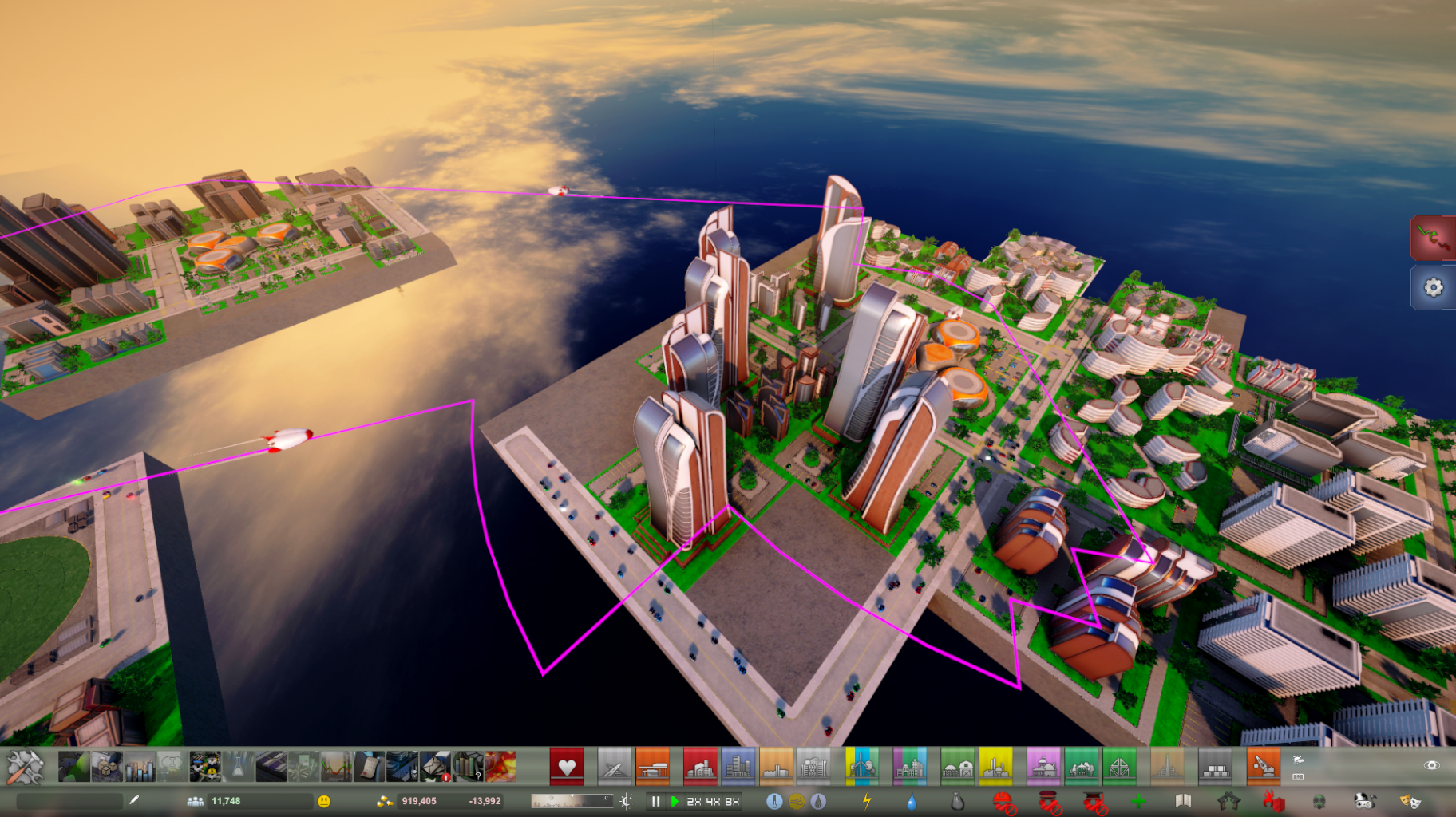 Blimps check against blocks, water and buildings. Like everthing else in the game, this is made all the more complicated by the fact that everything works in an open volume. The way I decided to go about the whole thing is to have a path seeker that continously tries to get from point A to B. The path is then smoothed to avoid stuff like can be seen in the above picture (zig-zagging). Paths are constantly being checked for changes like new blocks or buildings that have grown and positions are then loaded to vehicles when they’ve landed. Blimps are quite slow moving, so they will occasionally clip through stuff until their paths have been updated. This will be refined later on! 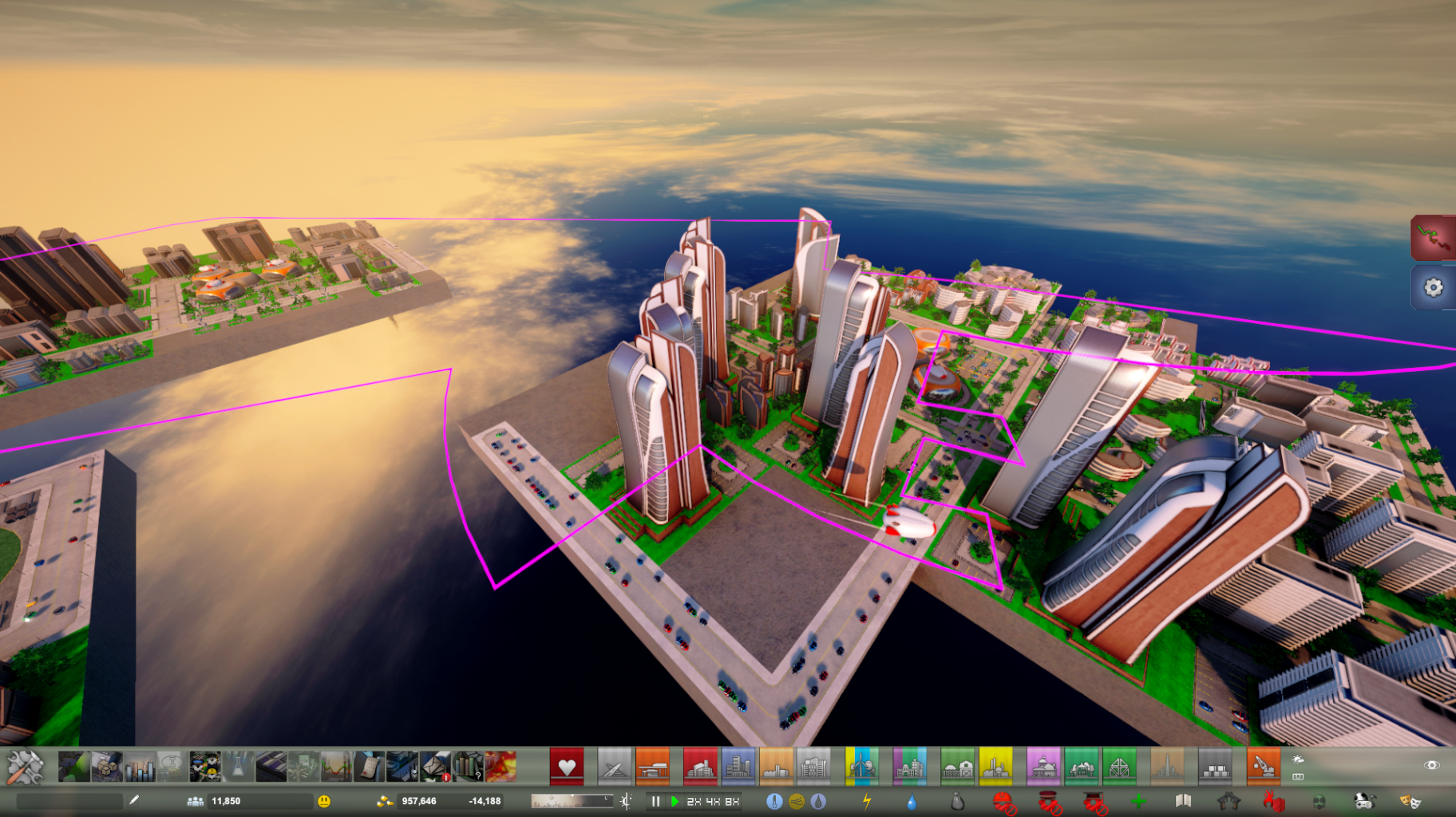 Above is a path that has been changed since a building has grown in the way of the old path. 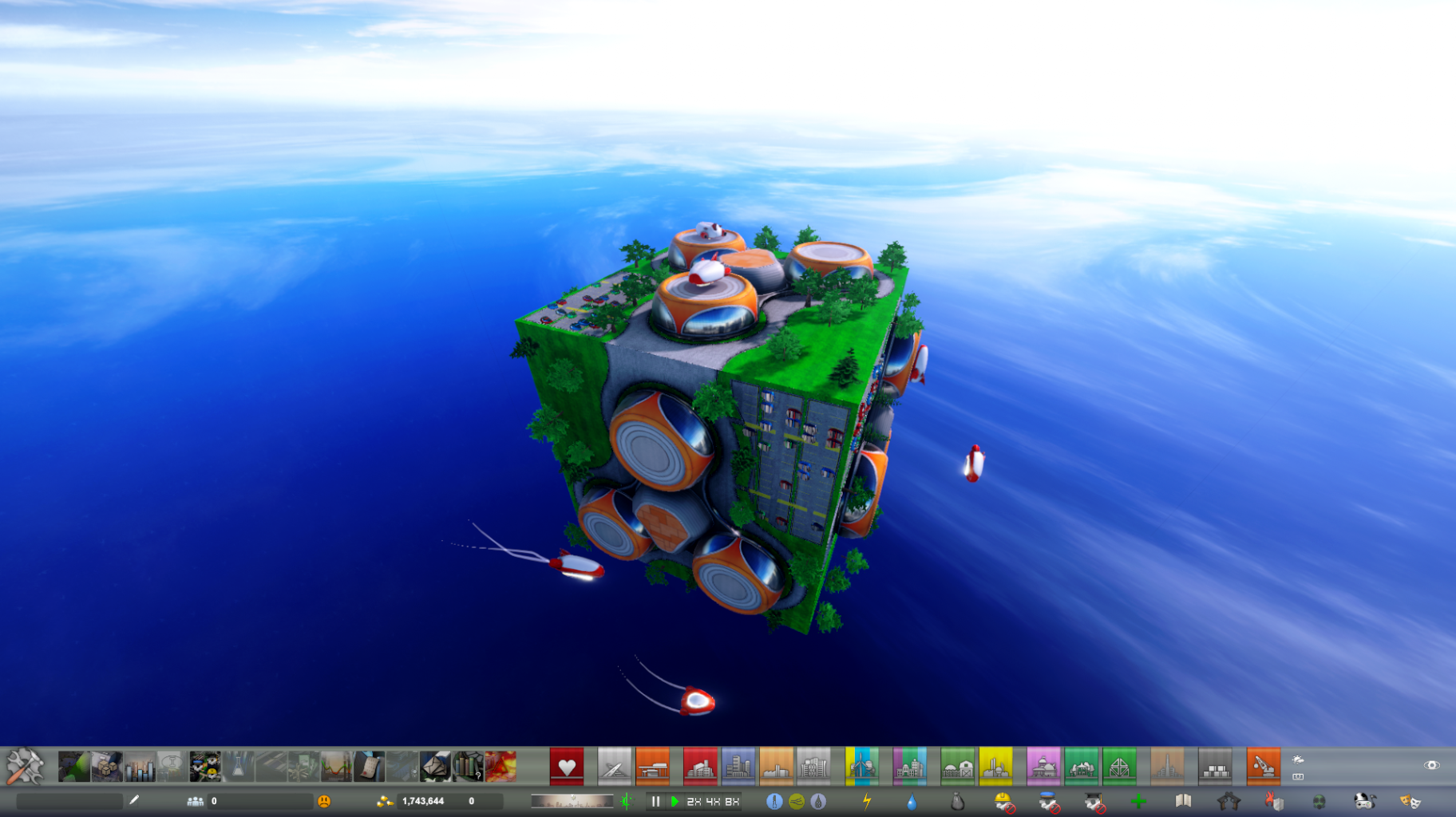 Another issue I’m working on is that blimps need to gradually shift over and face the proper direction when landing on an upside down station for example. I’ve got this planned out, but it’s not fully functional yet. The idea is to have blimps gradually turn to the next station’s up direction over the course of its travel. 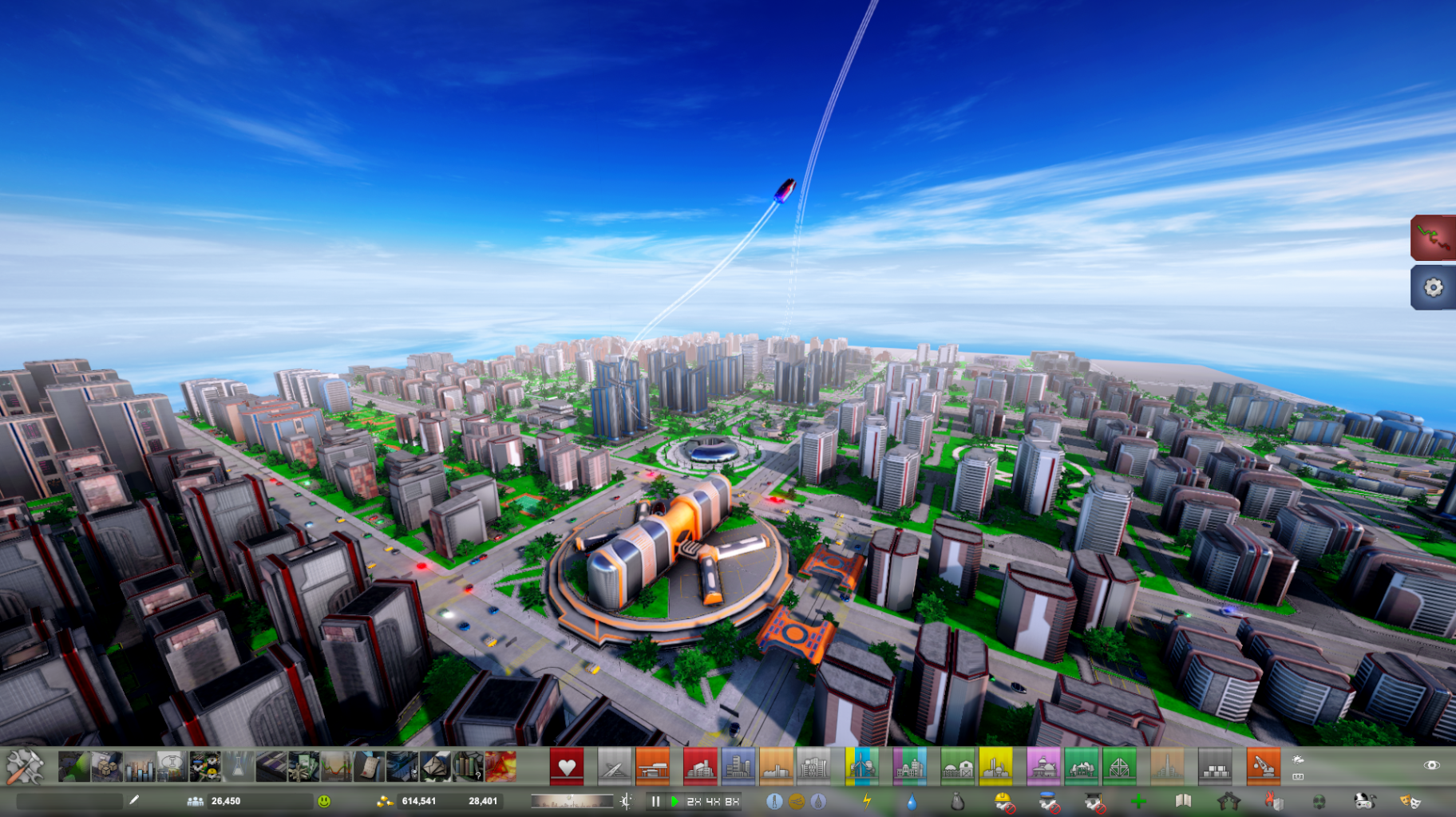 Atmoports are functional with the new system as well. Generally, things look fairly similar, with the main difference being that fleets will better find their way out when atmoports are placed in more closed in locations. 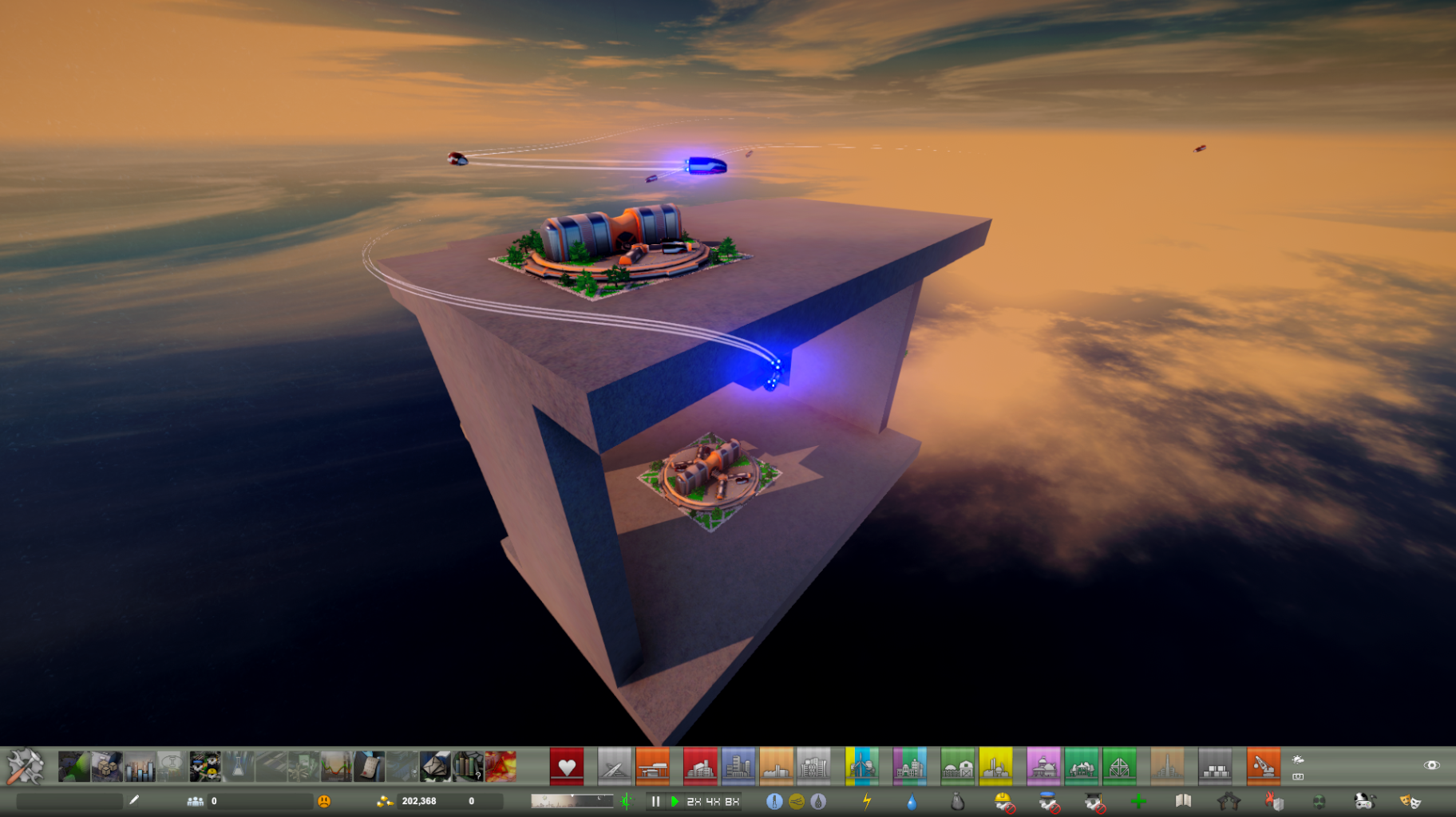 There are still some situations that take too many positions to figure and as such “time out” leaving vehicles inactive, but they are generally quit few.

Further refinements will be added over time, as well as some optimizations to the system.

Initially I had planned on launching 0.5 tomorrow, but I’ve decided to post pone it a week to finish up the remainder of the UI stuff as well as adding in a fully functional and animated goods port. My target date for the update is the 15th of february instead of the 8th.