The newest build of ALIENS: ERADICATION TC with many improvements and additions. After testing and tweaking the Eradication mapset, my attention turned to improving gameplay with the Doom/Doom2 iwads and custom maps/pwads.

The original goal of this project was to simply make a set of maps using assets from Kontra Kommando's Aliens: Trilogy/Ultimate Doom mod. While making these maps I would get an idea or two and edit the original Mod to implement the idea. A few ideas turned into dozens and the result is what I present to you today. This latest update focuses mostly on the Total Conversion when playing with the original Doom and Doom2 maps and custom maps that use mostly vanilla assets. The edits made to the mod in order to implement the ideas used in the Eradication mapset kinda broke the balance in these other maps/wads. After many hours of playtesting I am very happy with the game play experience. After testing wads like Scythe, Base Ganymede, Doom and Doom2 the way id did, Lunar catastrophe, and many others (see readme for a comprehensive list of wads that work well with ALIENS: ERADICATION TC) on all difficulty settings, I felt it was time for an update release. Enjoy and Thank you. 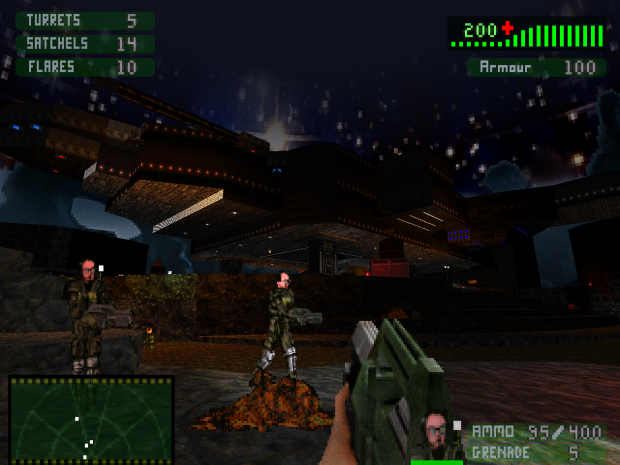 *New changes in this update* 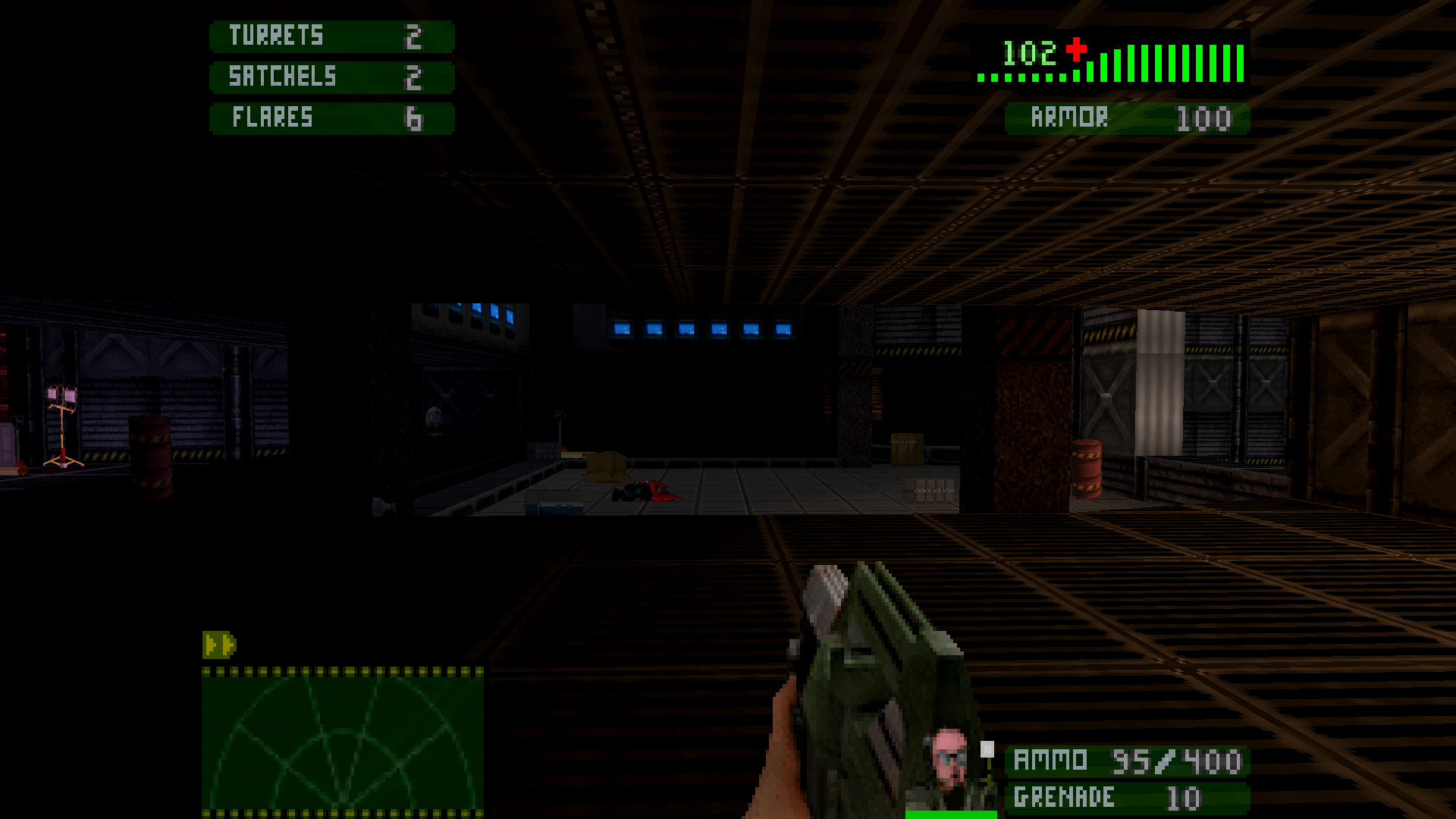 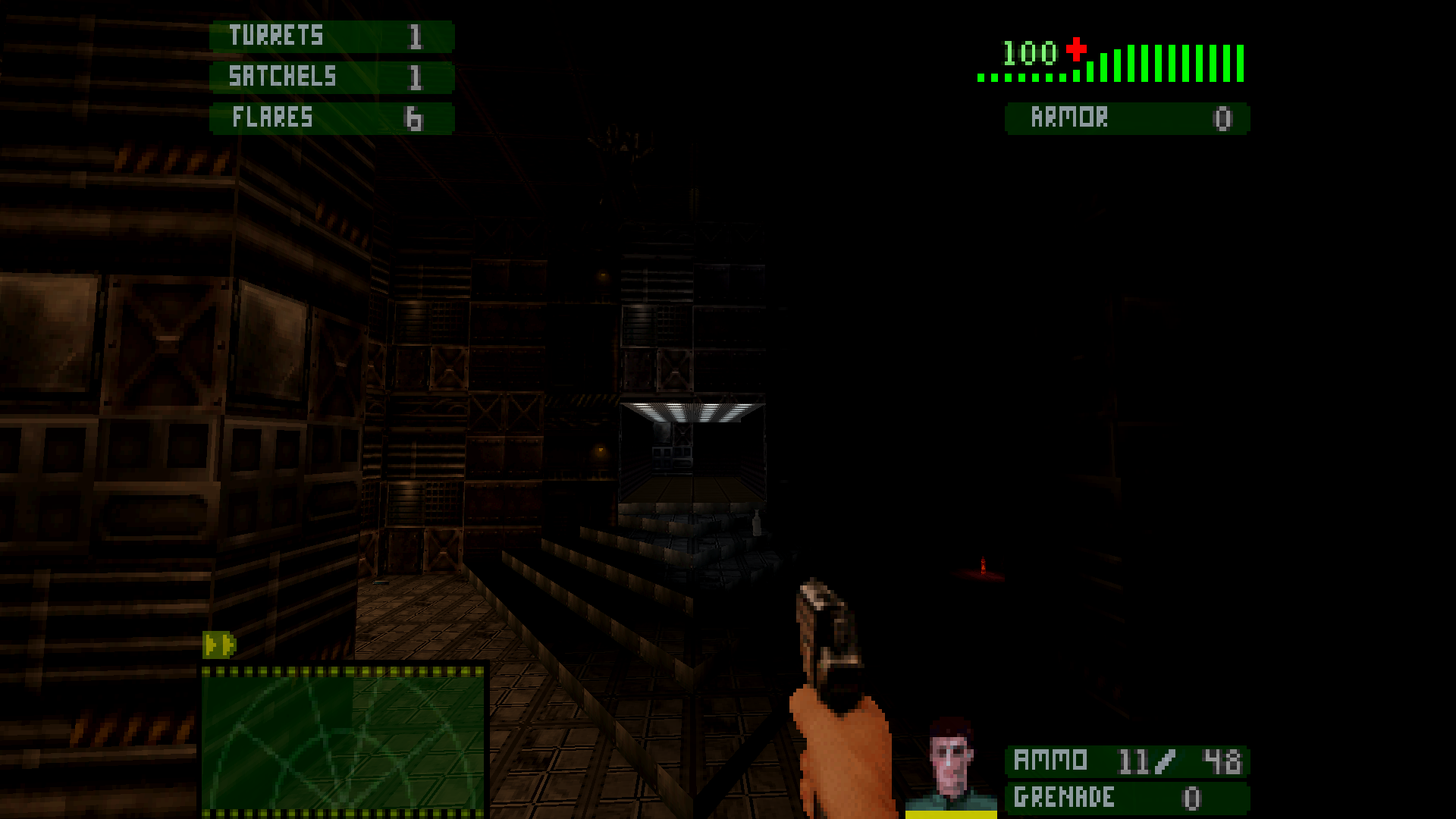 FEATURES:
1. (ERADICATION DEDICATED MAPSET) Four unique player classes with there own stories, enemy encounters, item placement, side/bonus missions, and even some maps exclusive to the class you have chosen to play.
2. Weapons and enemies from the Aliens Trilogy PS1 game, the Aliens films and more.
3. Play the single player, 8 map campaign (ERADICATION DEDICATED MAPSET) or load up the mod with your favorite iwad or pwad to give them the "Alien treatment".
Works with most Doom and Doom2 wads (not tested with other mods).
4. Deploy auto turrets and drones (class specific) to set traps or create defensive choke points.
5. Take advantage of environmental hazards (fire and electricity) to help even the odds.

The Colonist:
-Evade hordes of aliens, saving as many fellow colonist as you can, along the way. Once found, they can be ordered to follow you or stand in place to guard an area.
The colonist is vulnerable to the face huggers attack. If they get close, run (don't walk) and they will likely miss their initial attack.
If they are allowed to linger at your feet they will insta-kill you.

The Mercenary:
-Raid the colony as a space-faring pirate, intent on obtaining valuable research and materials from the site.
The constant rumors about alien genetics and ground breaking weaponology have peaked your groups interest in the new colony on LV426. The Mercenary is vulnerable to the face huggers attack.
If they get close, run (don't walk) and they will likely miss their initial attack. If they are allowed to linger at your feet they will insta-kill you.

The Yutani-Operative:
-As a member of the Special Operations Force (a Japanese arm of the Weyland/Yutani corp) you are tasked with wiping the site clean.
All human witnesses must be eliminated. Other members of your team will collect genetic samples and possibly live specimens of the known Xeno elements.
Full body armour and a helmet protect the Operative from face huggers, but beware of their acid blood.

The Combat Synthetic:
-You are a security asset for the colony, activated in emergency situations.
The colony's systems are disabled when a band of mercs assault the site and, as a result, release the specimens in the labs. Now you must destroy all Xeno elements.
Face huggers recognize that the Combat Synth is not "alive" and, therefore, will abort its attempt to impregnate it. 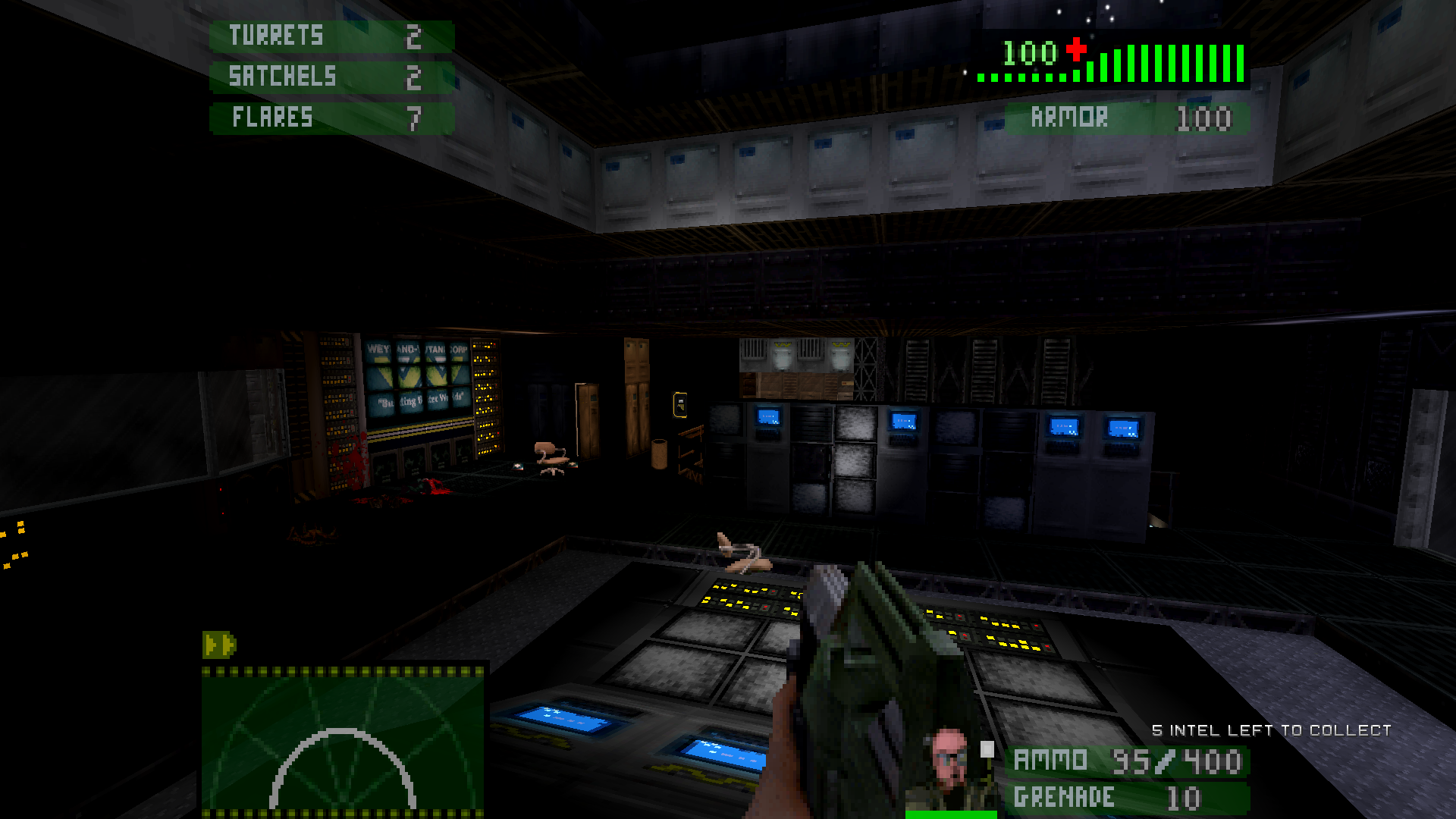 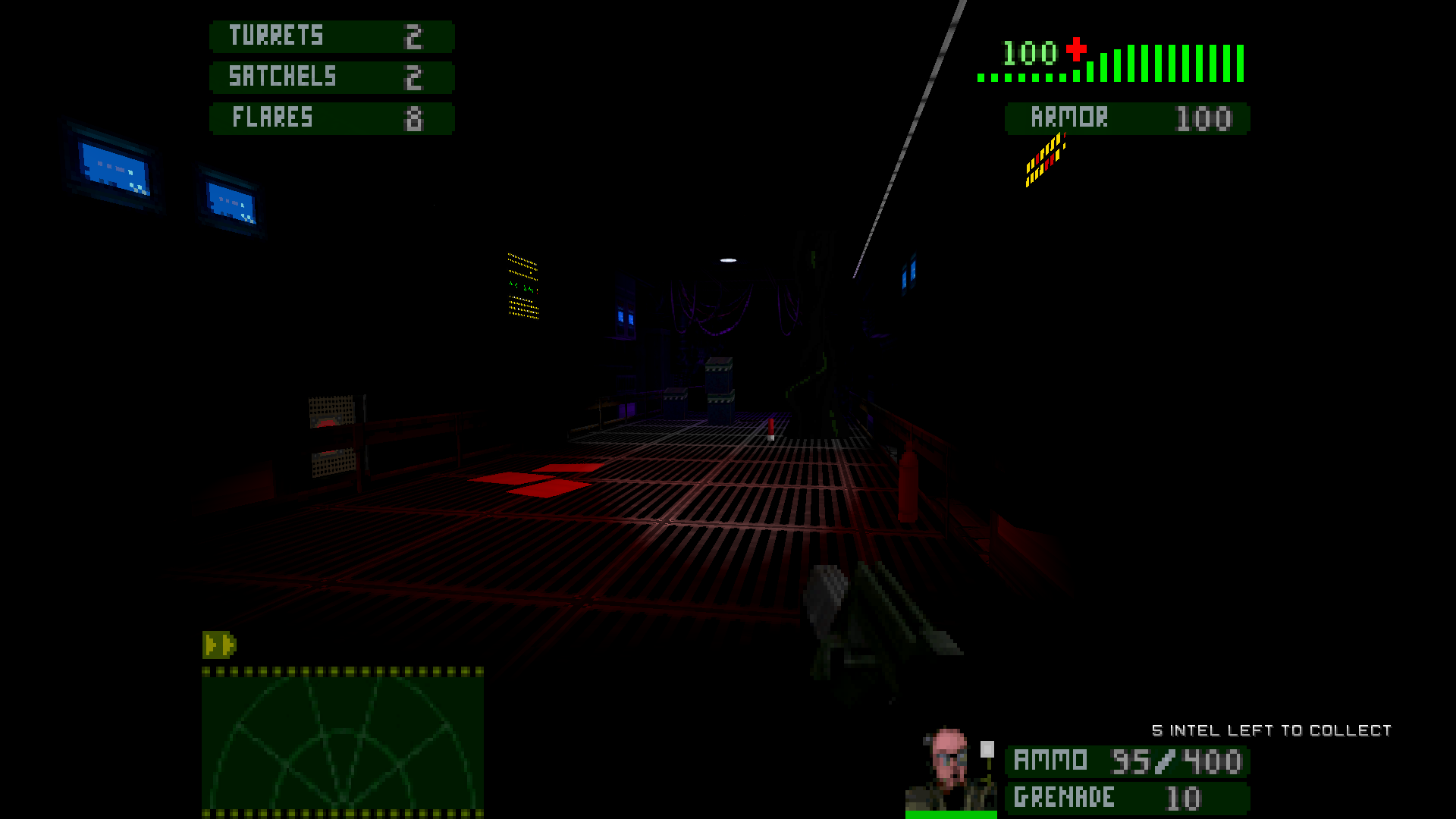 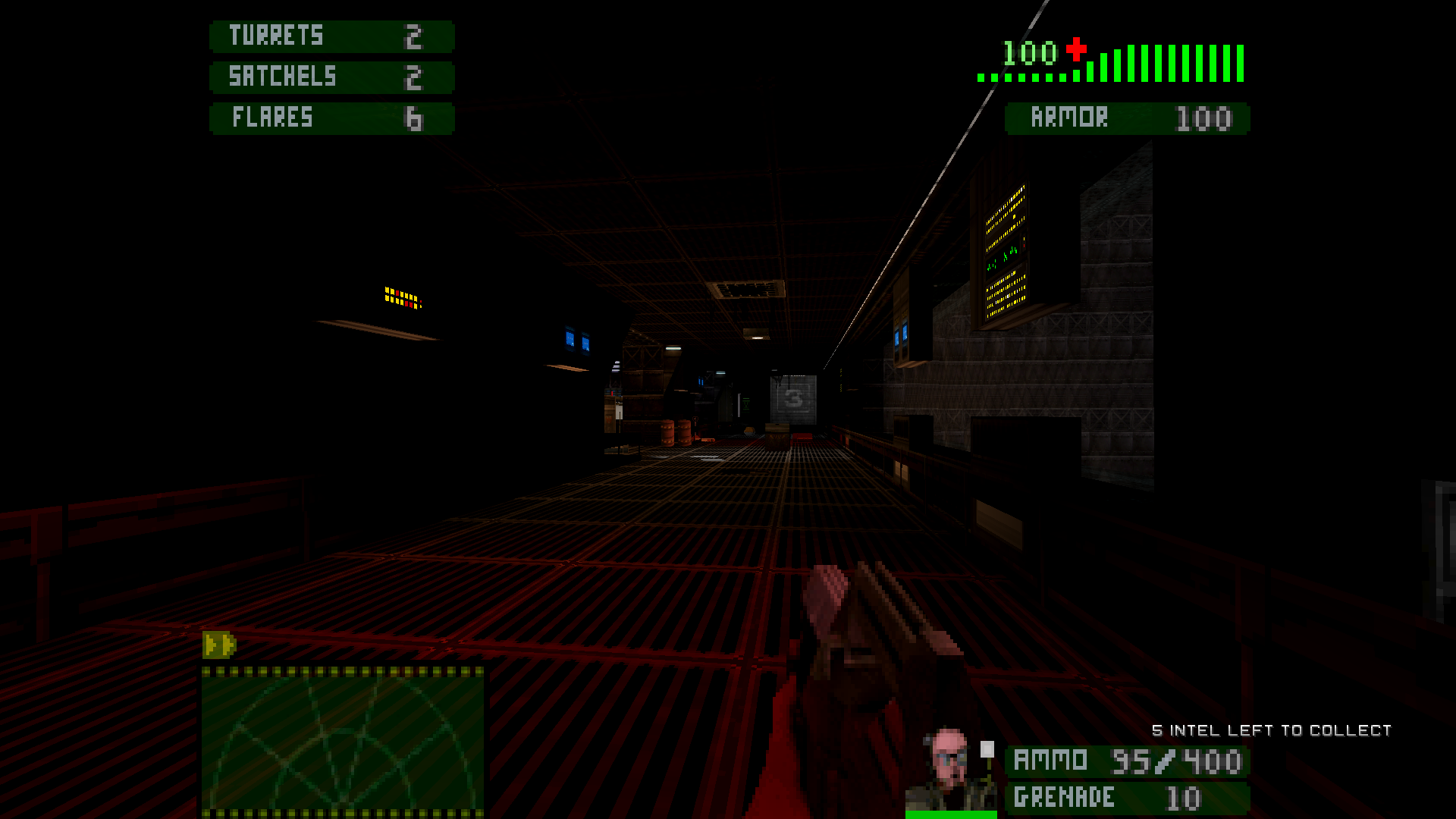 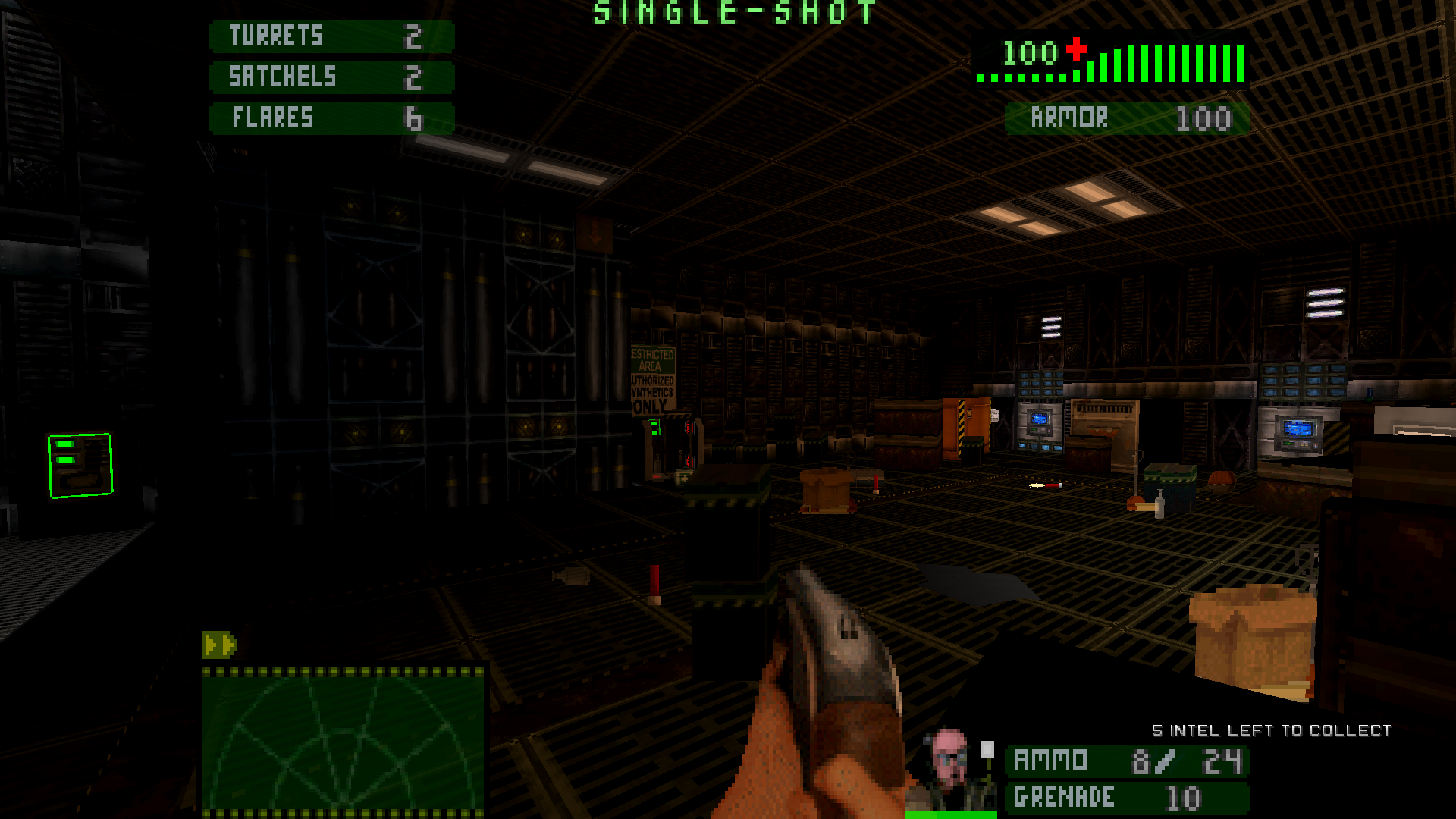 ZikShadow has a series of videos on his YouTube channel. Check it out.

*Previous updates (just in case you missed them)*

Changes from RC2 to RELEASE:

Changes from RC1 to RC2:

Honestly? It looks like an actual "off-the shelves" game, not a mod.
Great Job.

Thank you for playing it and commenting. It was a lot of fun making.

Hi Payload, first exceptional work, honestly one of my favorite aliens experiences... that being said, without posting spoilers, I'm having some trouble at literally what I believe to be the end of the colonists campaign. I think a sequence is bugged. How do I contact you? Thanks again!

I'd be happy to help. I sent you a friend invite. You can message me. Does that stand for a Custom ESP guitar? Just curious.

Thanks! Yes, I am a big guitar fan and collector. ESP is my favorite company! Do you play?

Yep. Played a few ESPs over the years. Never owned one but loved the ones I played. I am mostly using an Explorer now, but the LesPaul has been my fav...until it started to ruin my back. haha. Kind of a Gibson guy but I own a Fenders and Jacksons and stuff too.

Looks like all of my previous gripes have been answered, thanks for this! Will try out the new version soon!

Can you test this mod with a wadsmooshed doom_complete.pk3 file? The game works but the title screen map seems to be missing skies and objects.

Hmmm... Make sure to load the pk3 file first, followed by the wad file. I recall that if the correct load order wasn't used I would encounter that same problem. Then again, someone told me that the reverse worked for them, so try both ways and see what happens. I'll get wadsmooshed and see what happens. Thanks.

The game won't start. I am using zdoom. It says "Script error, "ERADICATION_MAPSET.wad:DECORATE" line 12:
"floatbobstrength" is an unknown actor property"

I tried using lzdoom and it loads the game but it's not loading the weapons, sprites, textures, ect.