This time: appearance and the backstory of Jaeger. 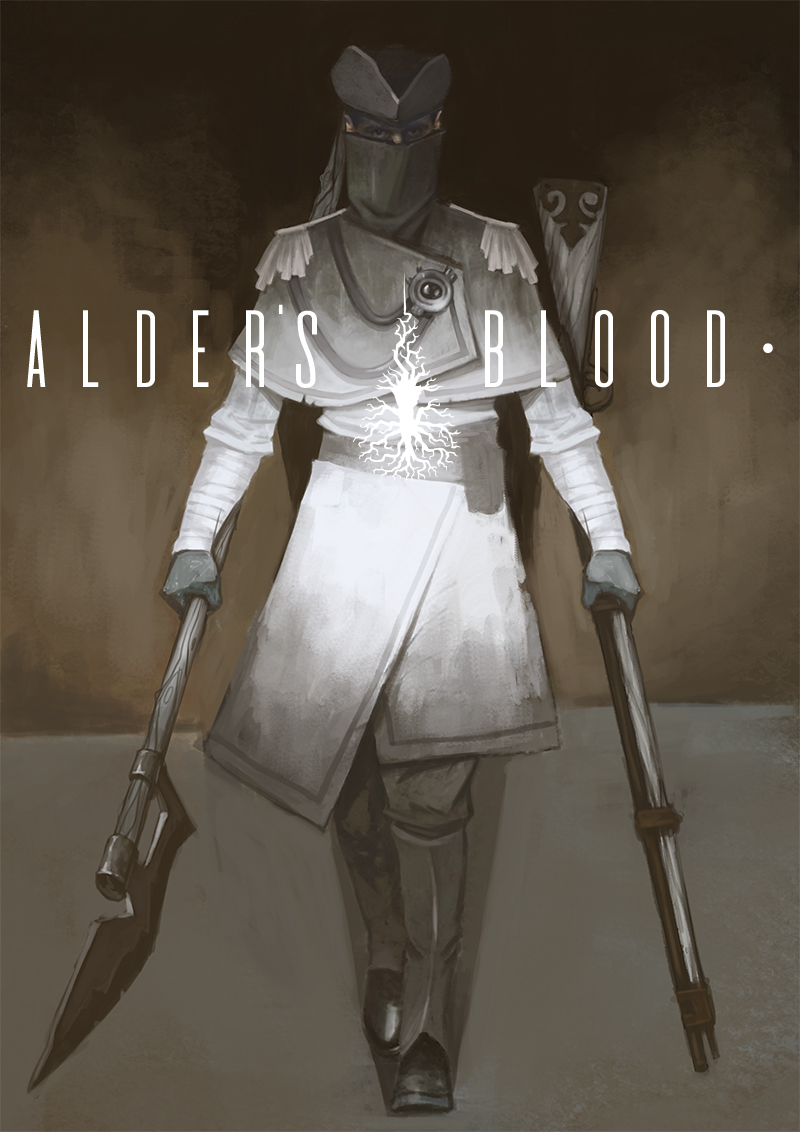 From the very beggining we knew that we will have different classes of Hunters in Alder’s Blood. In our thoughts, we felt that each one of them should be different than the other ones, expecially in terms like: the character graphic design, set of weapons and a little bit of backstory that can be included in the script.Let us intruduce you the one of our Hunters, more known as Jaeger.

He’s got the status of a military weteran, known from many battles than happened in his dark past. He was even once an officer in a fight between Barons residing in a world of Alder’s Blood.
Jaeger joined one of the two sides in Barons’ conflict. He quickly gained respect among his brothers in arms, hiding his true identity from everyone. His regiment was called a Jaeger's squad. His men were specialised in scouting and preparing ambushes, making a perfect place for a Hunter forced to collaborate with the infantry.

He spent most of his best years fighting side by side with his brothers made from flesh and bones. He celebrated the victories and grieved the fallen ones. Winter after winter, spring after spring, nobody saw any symptoms of war coming to an end. The oldest friendships gained in the mud of the battlefield and in glow of tawerns’ candles were long gone. As the history marched forward, he felt like his unit feed from the newbies blood, leaving behind the past. After years of struggling, a Great Danger turned his eyes away from his friends’ souls. He had a new purpose.

The Third flood of beasts stopped the useless war. The mankind confronted an offer people of this world cannot refuse. Jaeger looked at his gun like on someone that he haven’t seen for years, grabbed his dull bardish and started to sharp the steel and decided to reach out to his real brothers and sisters - Hunters. He left to join the Last Hunt.

Hunter’s backstories were ment to be capacious and open for interpretation. The players (you guys) will be able to add your own details to the stories if you prefer a more RPG - like experience. 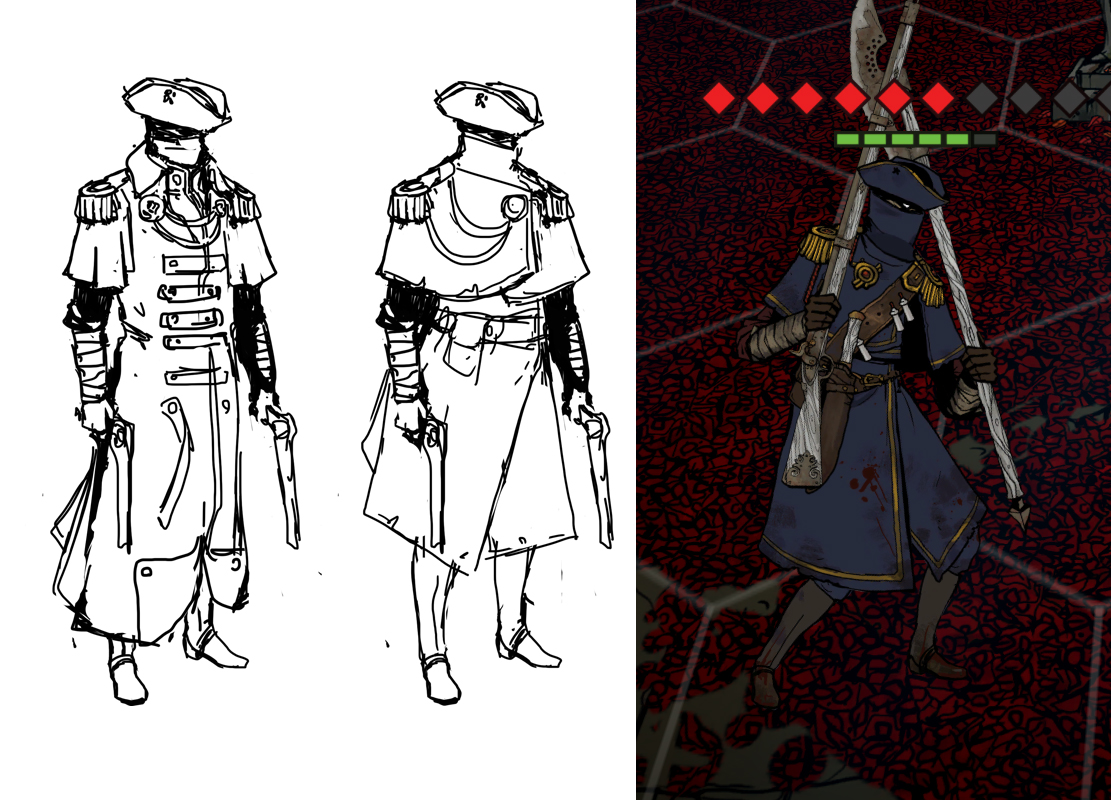 From Mike:
Ok, that’s all about the lore (for now). How does Jaeger look like? He has a leather coat - just like any other hunter. To present his army years, I gave him a set of epaulettes (these golden shoulder pads). I also prepared a diagonal belt for him - it was called a bandolier. Back in the day, people used bandoliers as an easy access to ammunition. Wearing that gear, Jaeger still needs something to fight with. You know, someting like a weapon, right? 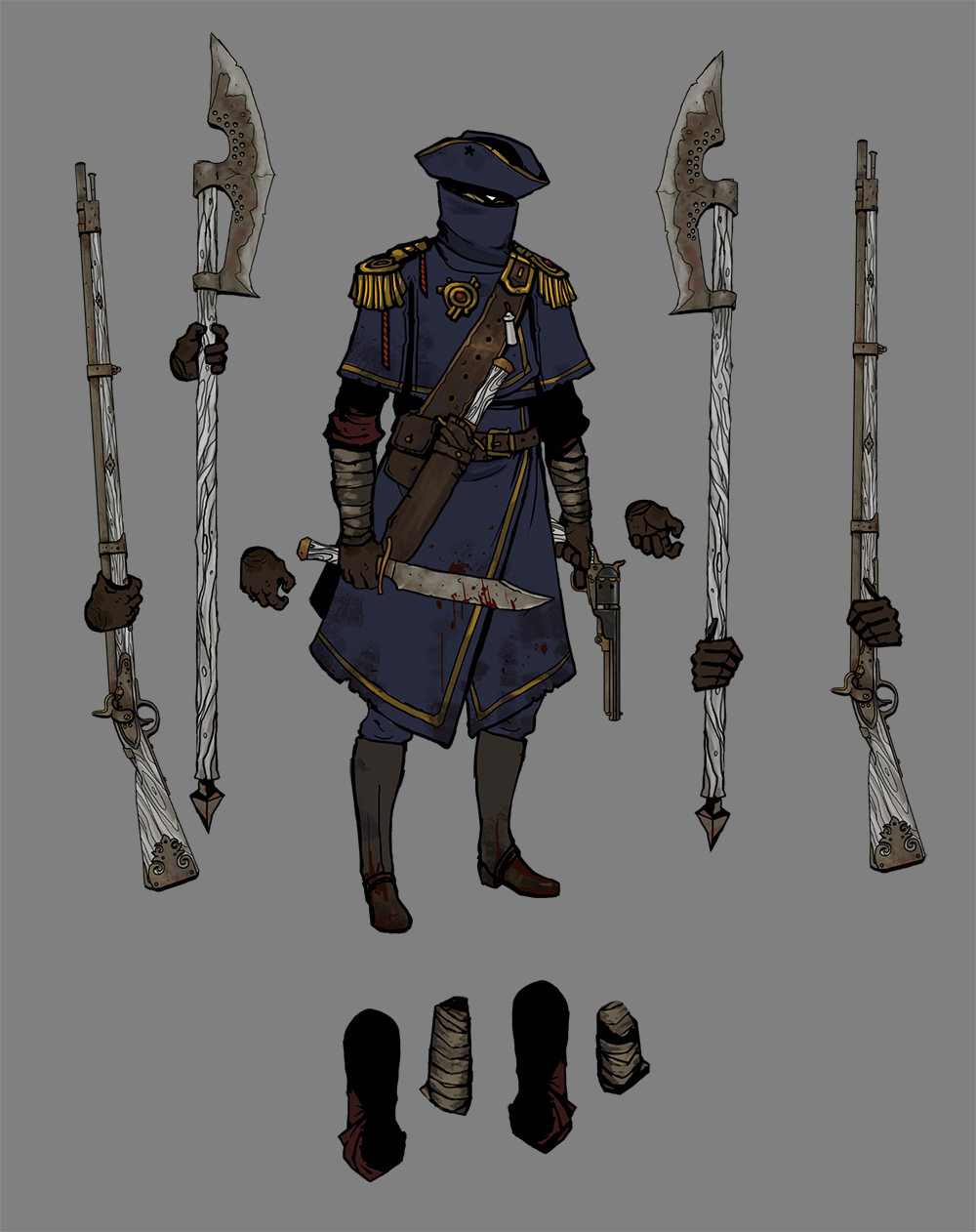 Some time ago, I saw a TV show. I saw a comparison of similar military units from different places all over the world, from the same centuries. Final results of these tests were really debatable, but still – at least they tried. In the episode I watched I found Streltsy. This is a name of a Russian infantry unit, which – translating from Russian, means rifle men or gunners. Yeah, nothing fancy here. These guys were armed with a set of pretty intimidating weapons: a bardish (a crossover between a big axe and a halberd). They also had long firearms like arquebuzes. Bardishes were used as a platform for firing their arquebuzes. When the enemies came into Streltsy’s melee range they had to deal with some big axes. ;)

When I was designing the Jaeger guy, I had this one question in my mind: what could be better for an officer than this combo? The beasts in Alder’s Blood are usually bigger than our Hunters, so to put them down you need to have something heavy in your hands. Using only one weapon set could be boring, right? My second thought was: “I have a weapon from the East. I should find an interesting weapon from the West to keep me inspired.” And then, bam! A Bowie knife, USA’s classic: a nice, heavy, big knife, perfect for the Hunter’s business. I add an early version of a revolver to Bowie and I realized that I’ve got a second weapon set.

That was it, you’ve got a long range build that consists of a bardish and a musket. We also took care of close quaters combat, equipping Jaeger with a Bowie knife and a revolver. We are considering another builds, but we will discuss it with you later.

And that’s all, folks! Stay tuned for another presentations of our Hunters. If you found this wall of text interesting, please share it with your friend.