Posted by CorrectureGames on Oct 4th, 2021

I missed the previous devlog due to being downed by vaccination. But here's the latest in Atmocity development!

It seems like good timing to round off the latest dev stretch with an update, so 0.7 is here!

- ZoneType enumerator deprecated and replaced with a Vector. This means that footprints on buildings now is done a bit differently. If you come across a building that can't be placed properly (for example looks as if it is placed between grids) give me a shout!

- Known issues: If you previously had a city in a flat level. Resources required per research item is a bit jumbled up. Research still works properly, except some items will be less costly than they should be.


Hard mode has been added in! This is still not fully tweaked, so more work will be done on this mode. An achievement will be added later on, but only after the mode seems fairly stable and finished.

This version wraps up some previous work on, for example, roads on sloped building blocks etc. Avenues have now been added into this system and should work as expected.

A midbarrier has been added as well! This prevents roads from automatically merging (as illustrated in the images below). 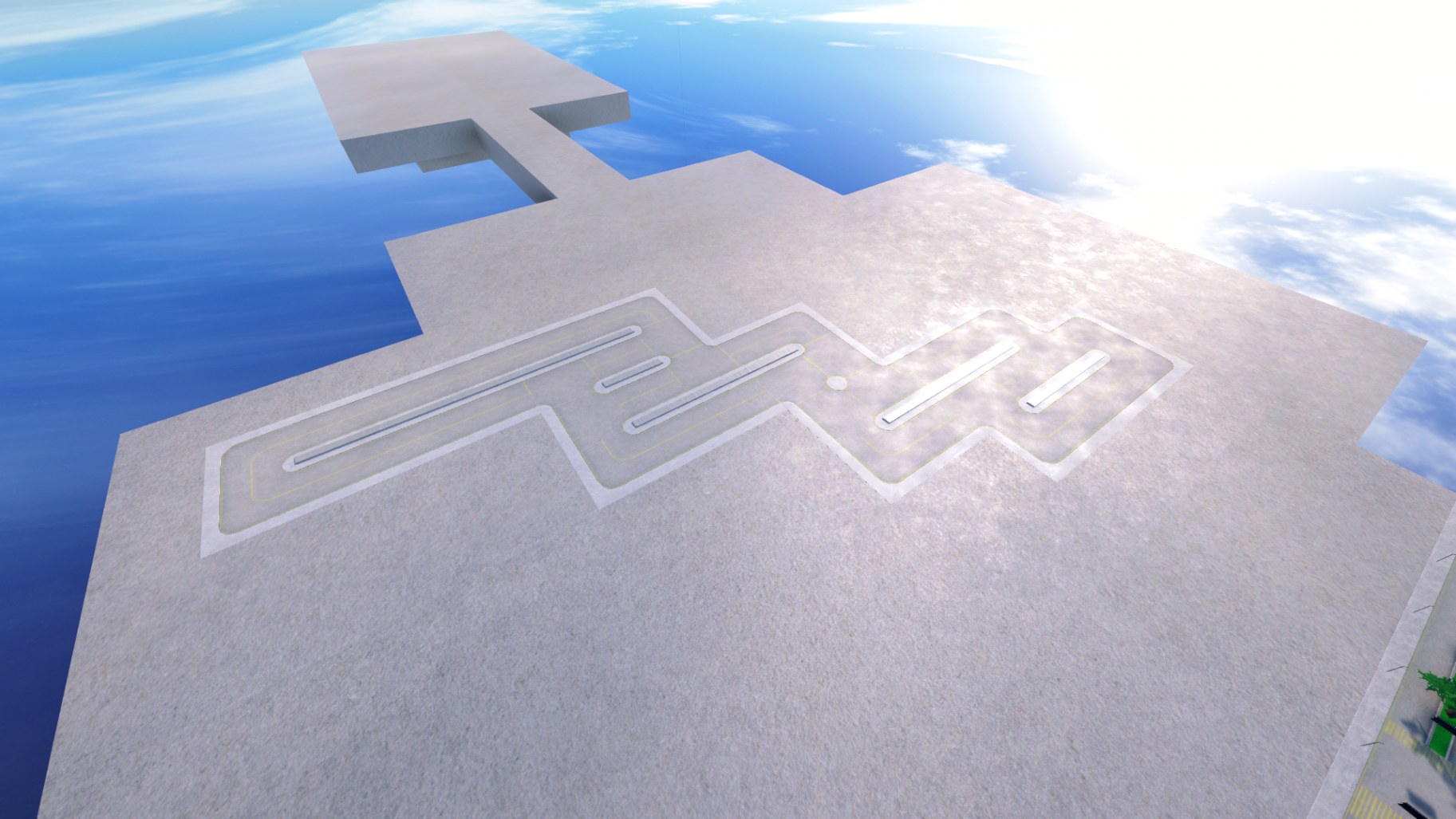 This update fixes a bunch of smaller issues - among them the building hologram not showing red despite trying to place over a block type that doesn't support buildings. 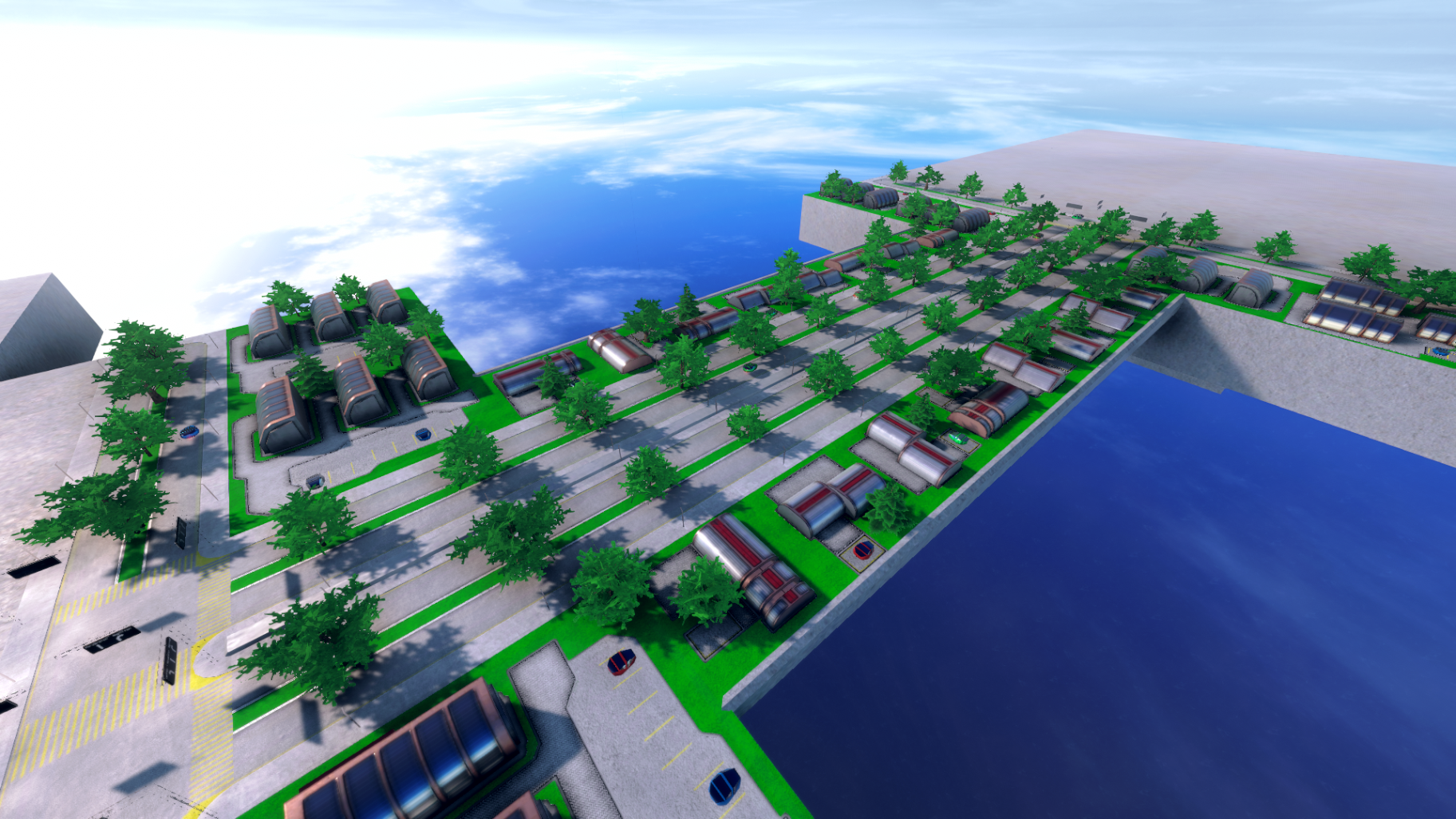 Roads and trams have been added into the material/mesh merger, to improve performance further. I've also fixed roads not automatically adapting when buildings are placed around them (they're supposed to get street lights and pavements when residential, commercial or hotel buildings are placed nearby). 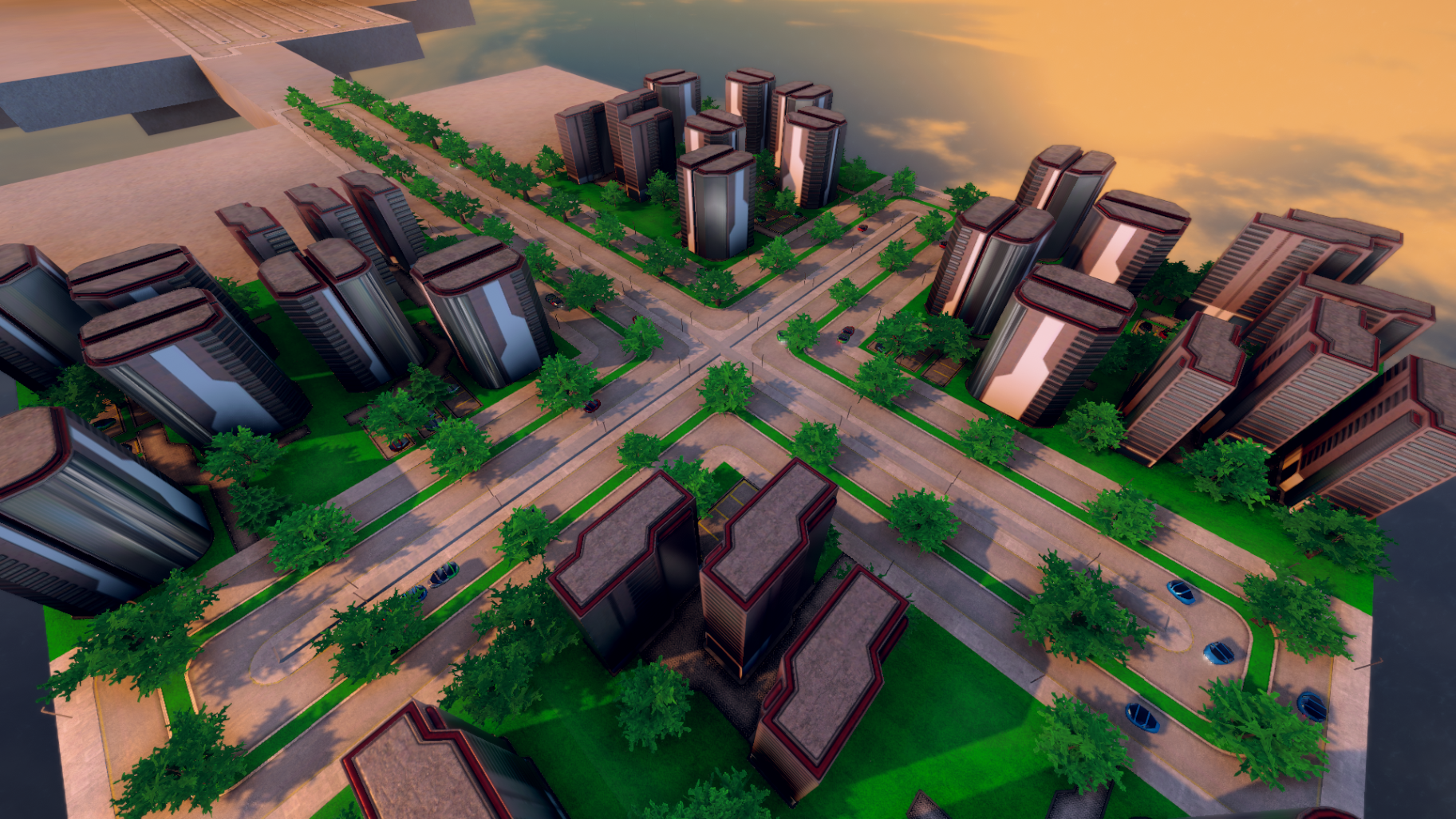 The destruction hologram has been updated to look nicer and to avoid z-fighting. This new system will later on also be used to display buildings red or green depending on whether they like or dislike a nearby building. This will make it easier to know beforehand if a building will be disliked. 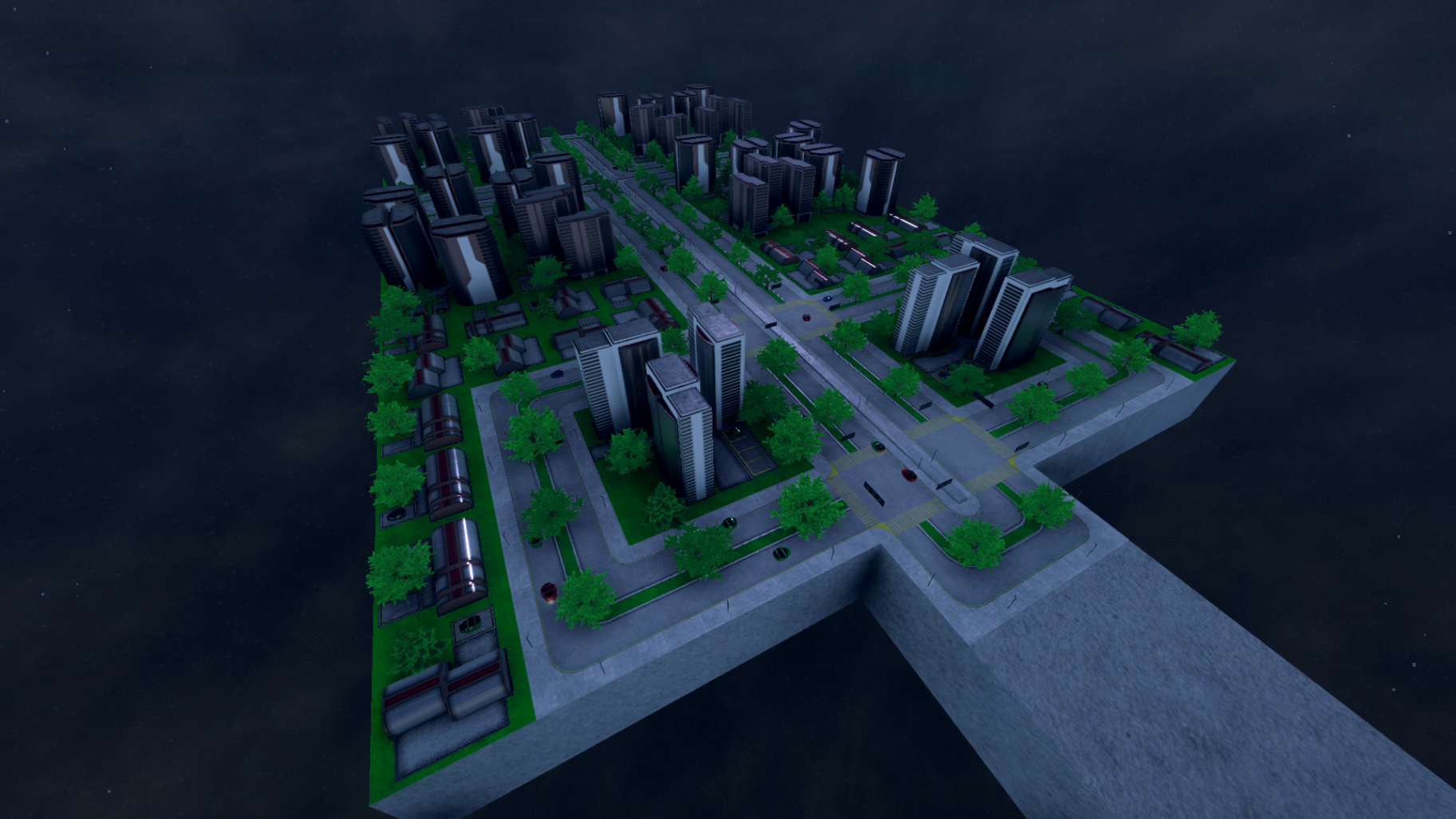 Buildings can now also be moved. The exception is stations buildings, as they have a slightly different function. Moving buildings is rather pricey, and depend on building size and density. 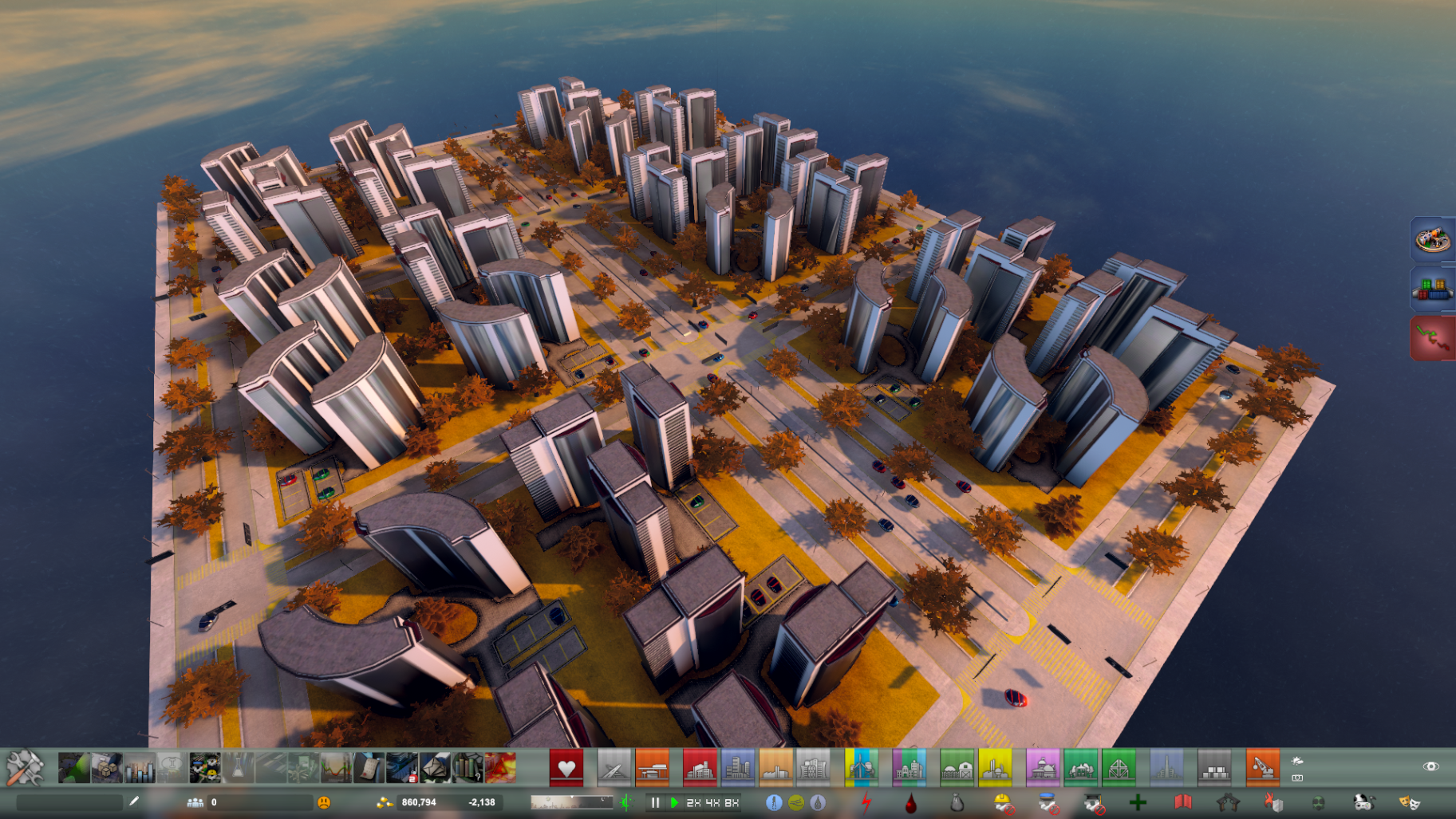