Post news RSS 0.29 is live adding hotels and tourism into the game!

Hotels, tourism, new decorations and lots of fixes and optimizations.

EA.0.29
- Two new decorations
- Hotels and tourism are in! To begin with only one density for each tier. Additional densities will be added in the upcoming versions.
- Tourism policies added.
- Differentiated road upkeep costs. Plain roads are cheaper than the fancy avenue.
- New resources - flowers, dyes and textiles.
- Click and drag placement added for all buildingtypes, not just 1x1 buildings.
- Optimized building placement code.
- Reimported textures to decrease texture size in game.
- Fixed clinic collider
- Fixed tree shader so that shadows work properly.
- Fixed bug where blocks could sometimes be placed in the same location.
- Fixed bug where pub couldn't be destroyed!
- Fixed issue where sometimes building info would show production occuring, when there was none.
- Removed water foam effect on Metal (Mac) pending a proper fix. This avoids water looking glitchy.

On the surface a fairly small update, but introduces tourism (which will get many tweaks over the upcoming few updates). There's also some under the hood stuff fixed with how things are calculated. Currently only one density of each tier hotel can be grown. You can currently also only import the necessary resources (next version will add the production of flowers, dyes and textiles). 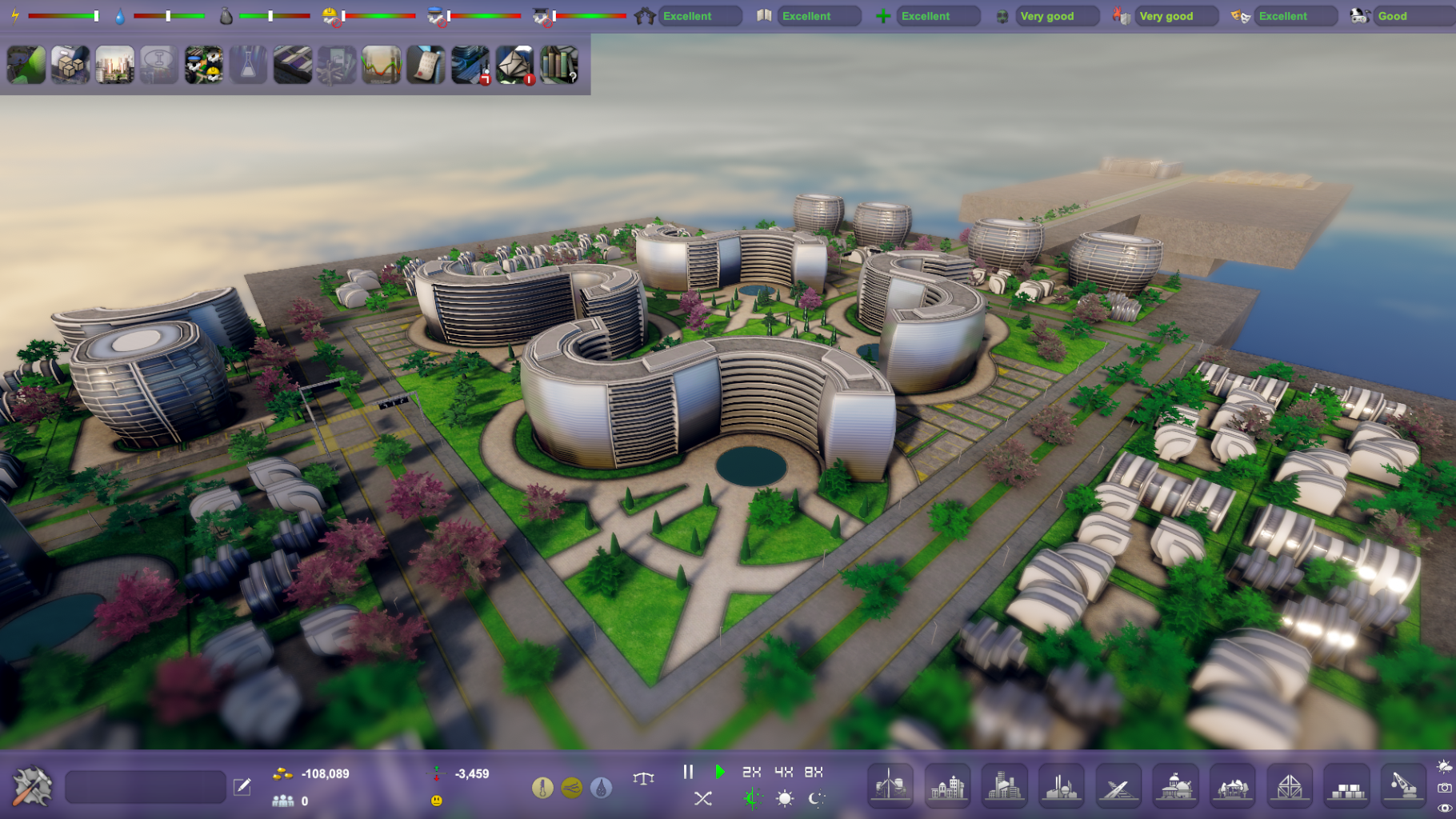 Two new decorations have been added: 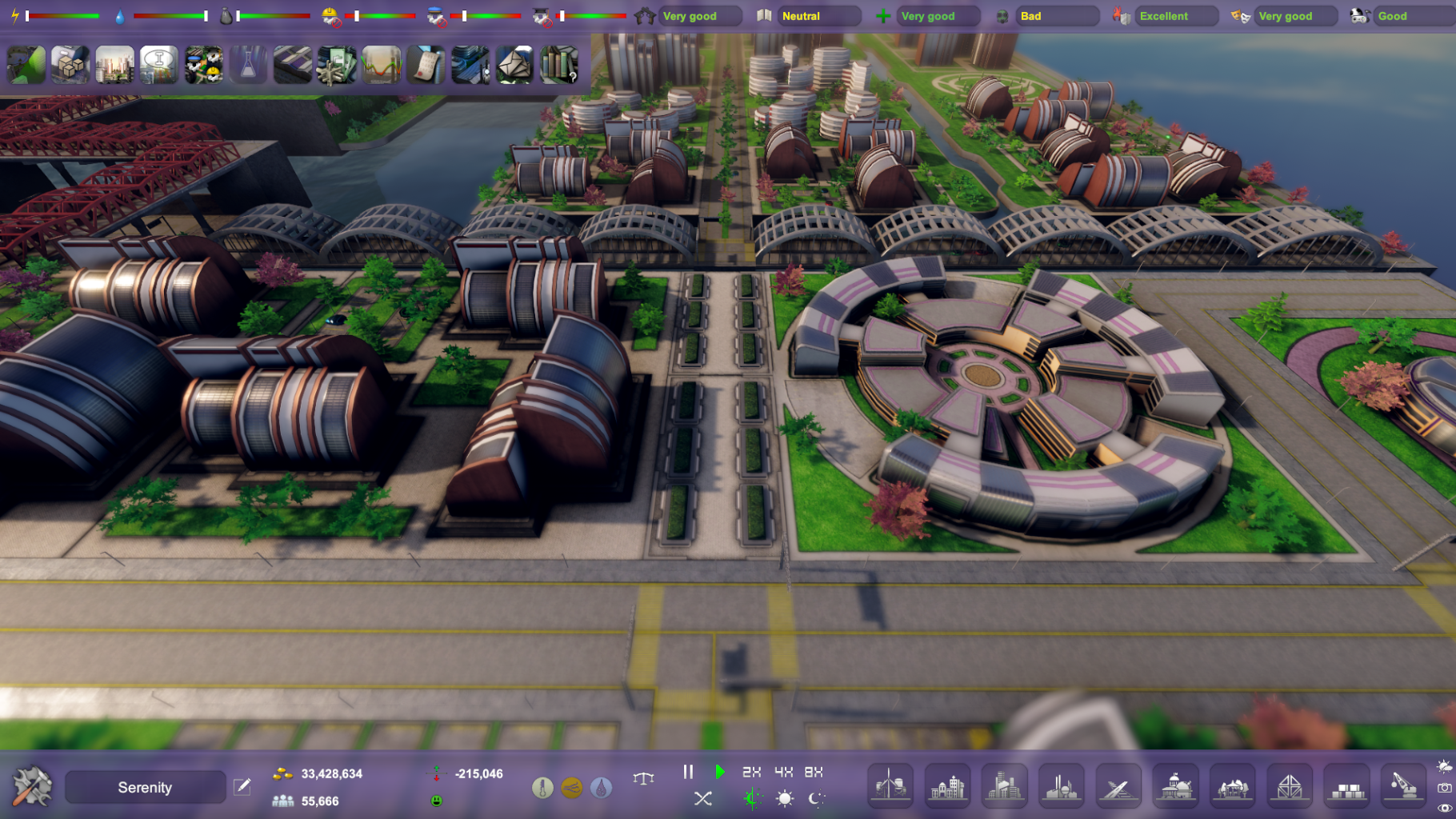 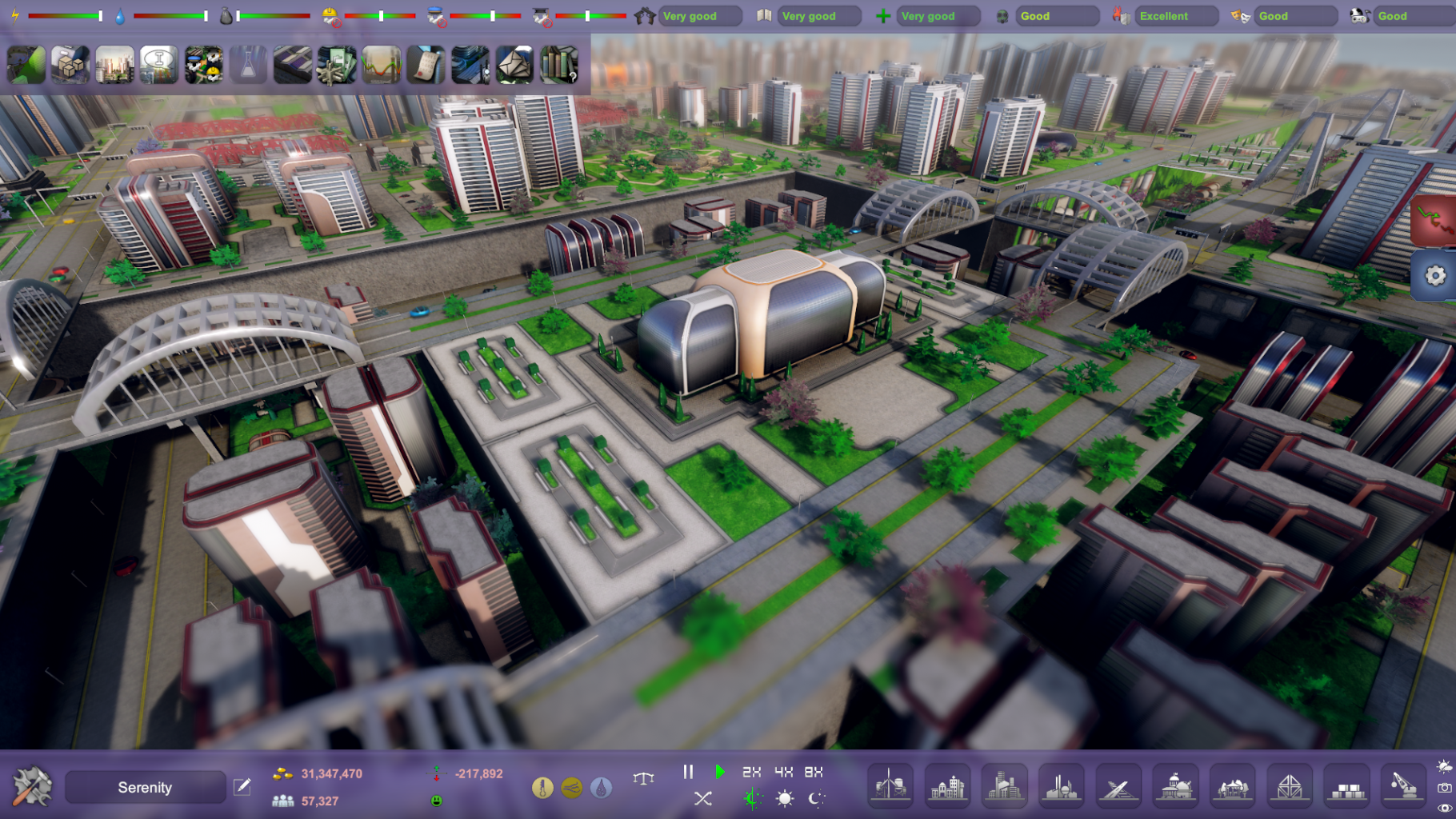 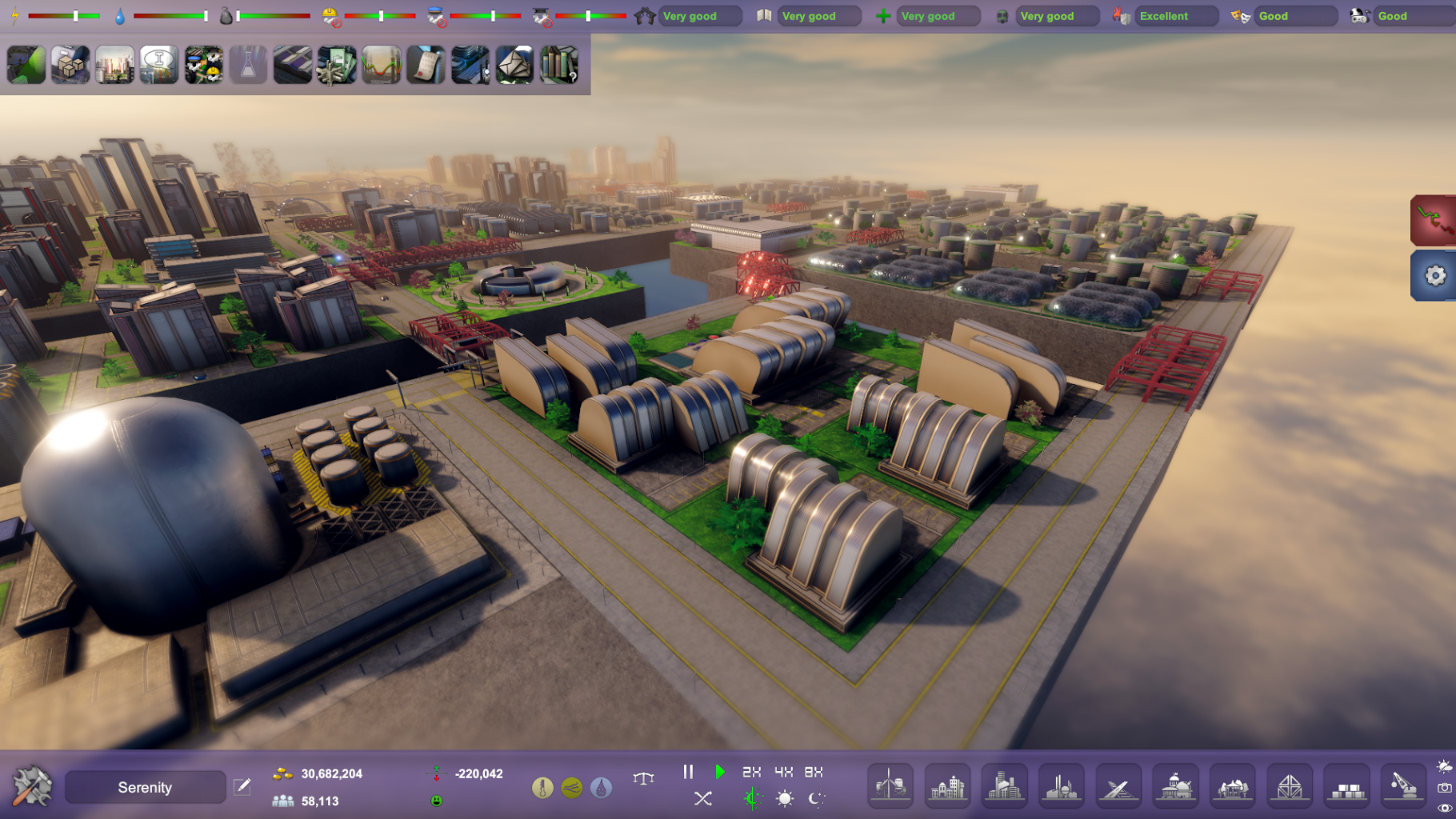 I've started going through some of the existing code and cleaning some stuff up to make things more performant. When adding click and drag placement for buildings regardless of size I have also been able to remove a fairly sizable chunk of code. I've also cleaned up some of the shaders and changed import settings for textures to improve fidelity while also lowering size. 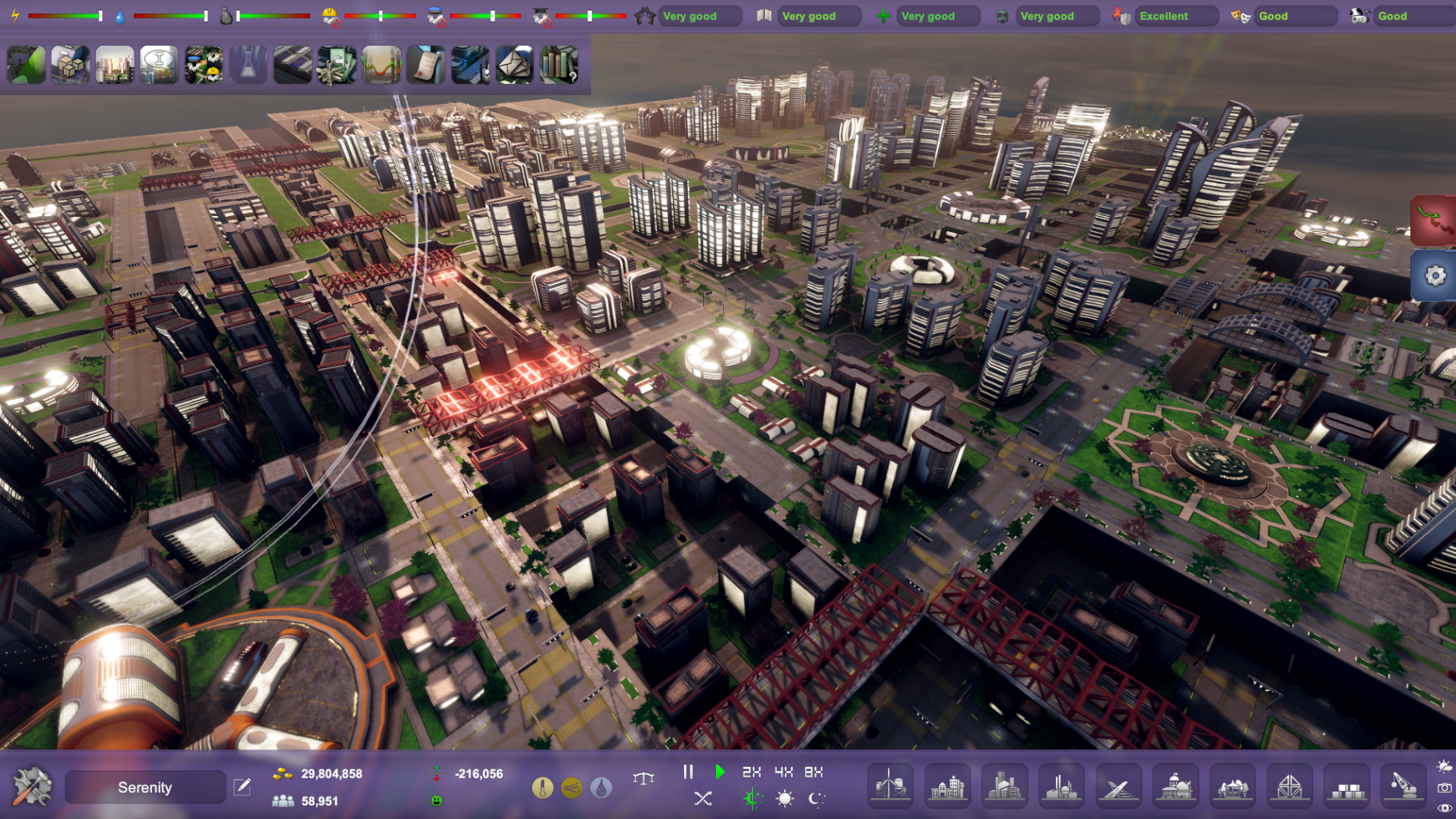