The mod: The mod is an edited version of The Great War 1918 (permission has been aquired) with more focus on long battles (1-2 hours) full of arty, infantry charges, trenches, barbed wire, mines and way more! The mod aims at giving a more realistic version of WWI while still keeping the game well ballanced and fun to play, for the entire changelog compared to TGW, check the thread below. Credits: -Relic for CoH -TGW1918 mod team for the basic mod -Blitzkrieg mod team for the smoke cloud model -various mappers for maps -Jasoiaf and Generalfieldmarshall Von Moltke for maps -All players for playtesting, ideas and feedback -General WVPM for doing all the coding, ballancing and gameplay design JOIN OUR STEAM GROUP = TGW WVPM edit Mod

Planes in this sub-mod have a big role in destroying or neutralizing opponent's military structures.

Every faction now has access to the aircraft actions 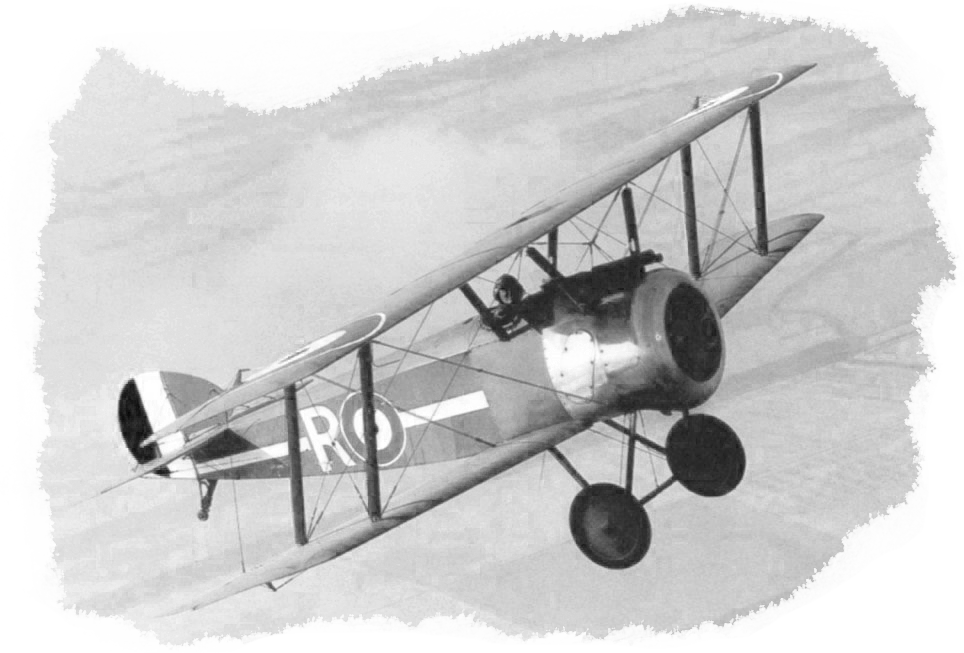 However, we have created a new anti-aircraft system which might help you with offensive, or defensive operations against the opponent's planes.

If you need your behind-trench line protected, we've added the AA guns.

There are more ways to shoot the opponent's planes down.

You can be lucky and your soldiers might shoot the opponent's plane with their rifles.

Or as the Germans you can send in the Flying Circus ability, which is devastating force against the opponent's planes.

Why should i put my effort and resources to shooting down the enemy planes?

Because every faction now has it's own airfield somewhere behind the lines.

That means that every plane you want to use you must order. Once you order a plane you have it in your garage ready for an action.

If your plane gets shot down you will have to order a new plane and wait a recharge time. 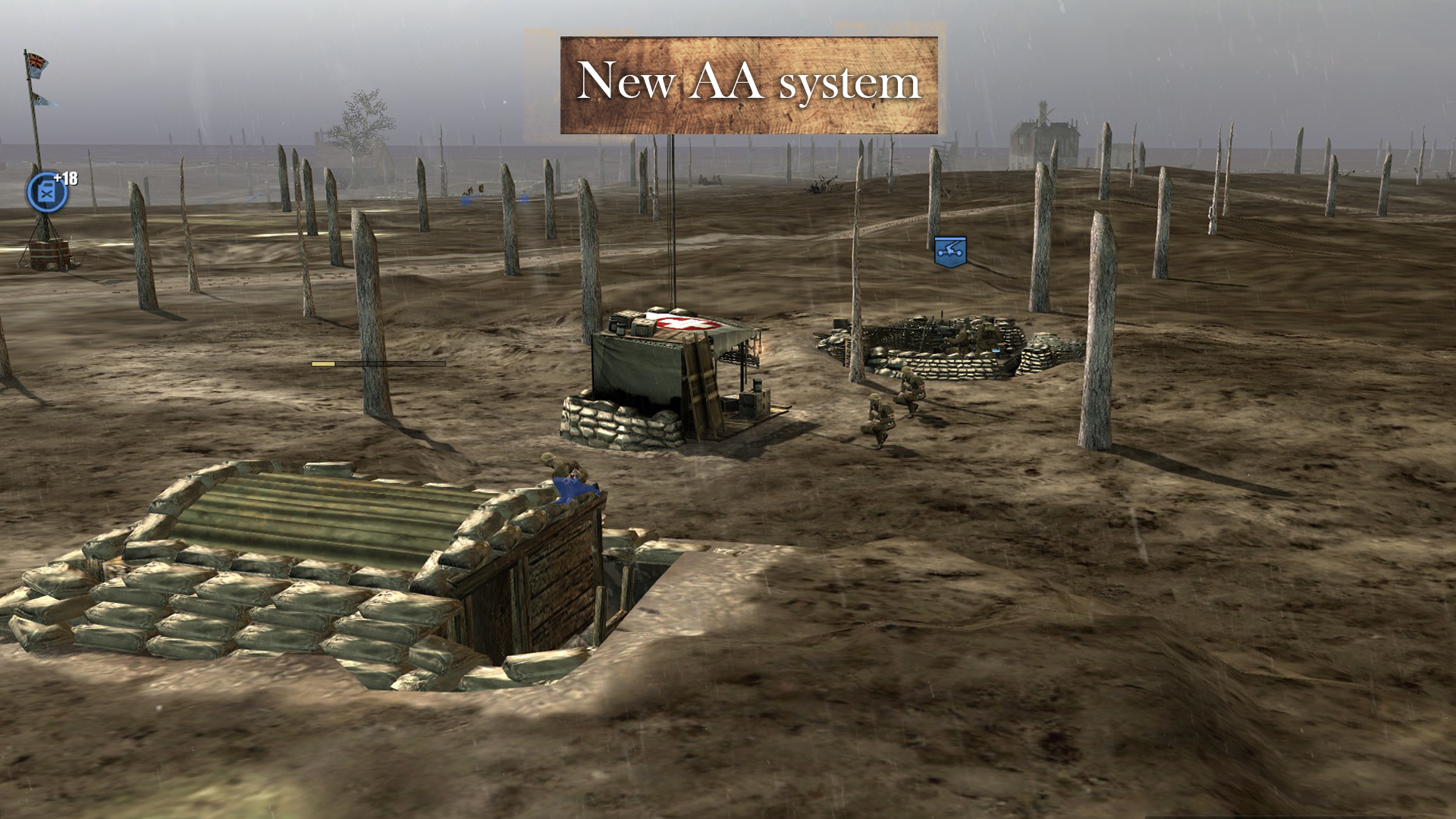 In this sub-mod there are no pre-made trenches on the map. You have to build your own trench line, with our fixed trench path finding your trenches can get various angles and placements. 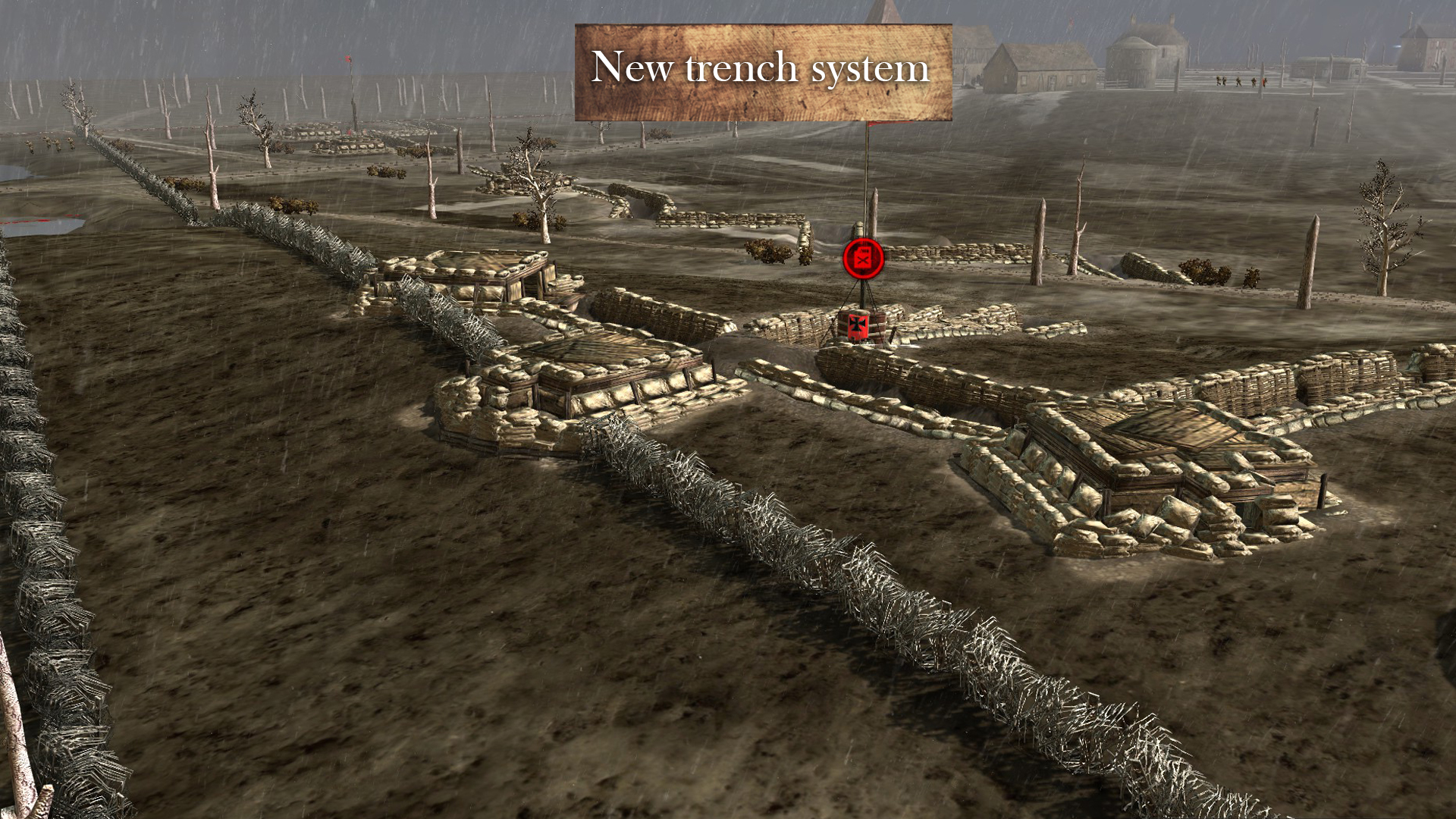 In this sub-mod we've changed the barbed wire, now it's strong and can survive a lot of shells. You will be forced to cut off the opponent's barbed wire. 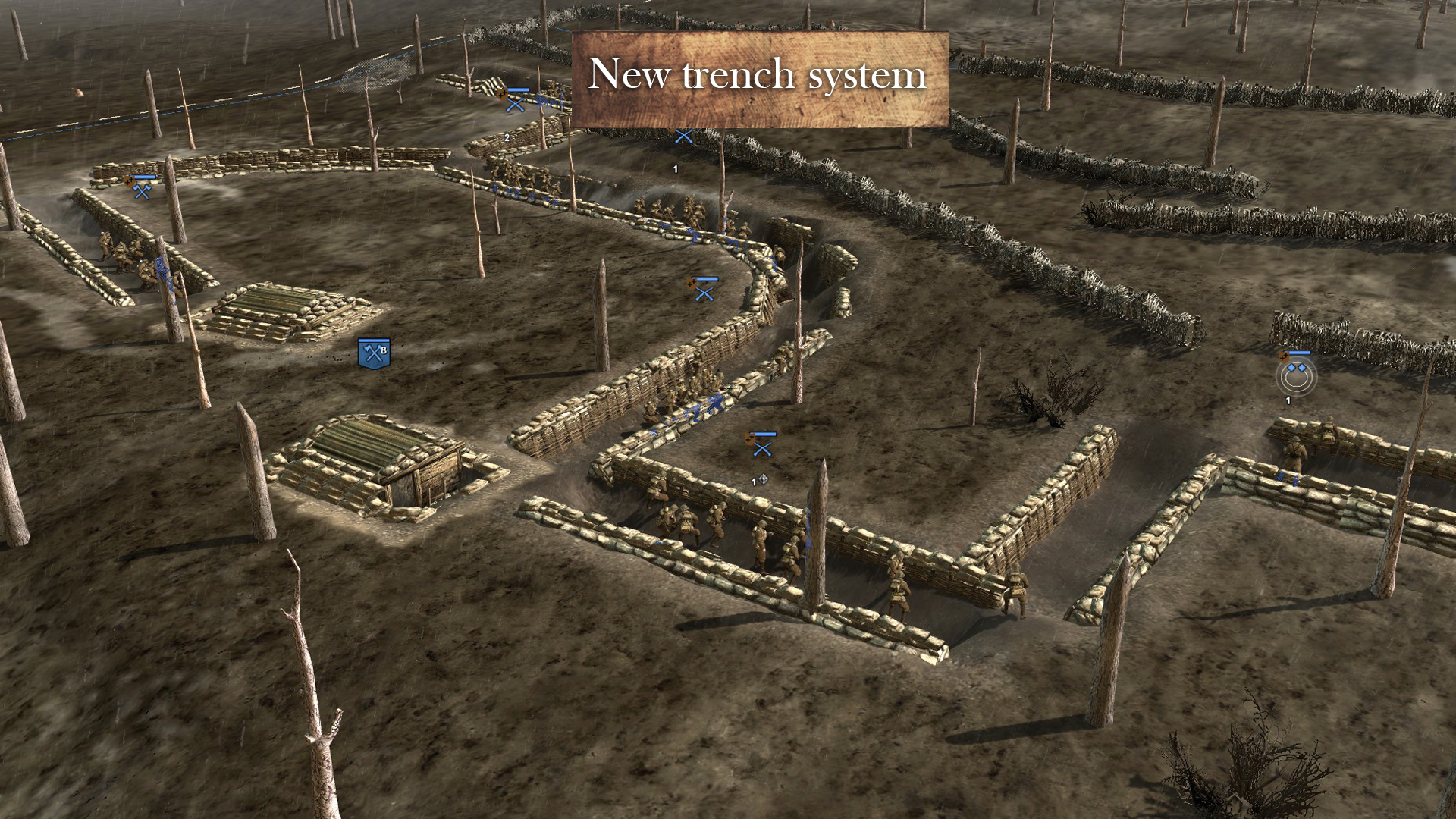 Breaking through the opponent's line and killing his soldiers.

With a new damage system it's very dangerous to stay out of a trench without a cover.

So attacking an opponent's well defended line is not an easy task. You will have to bomb his line with a lot of shells and gas.

For that we've created a new shell shock and gas system, which can get dynamic and sometimes tricky.

For example if you surprise the opponent's soldiers with a gas attack, their fighting ability will get low and with deadly gas types sometimes even killed. 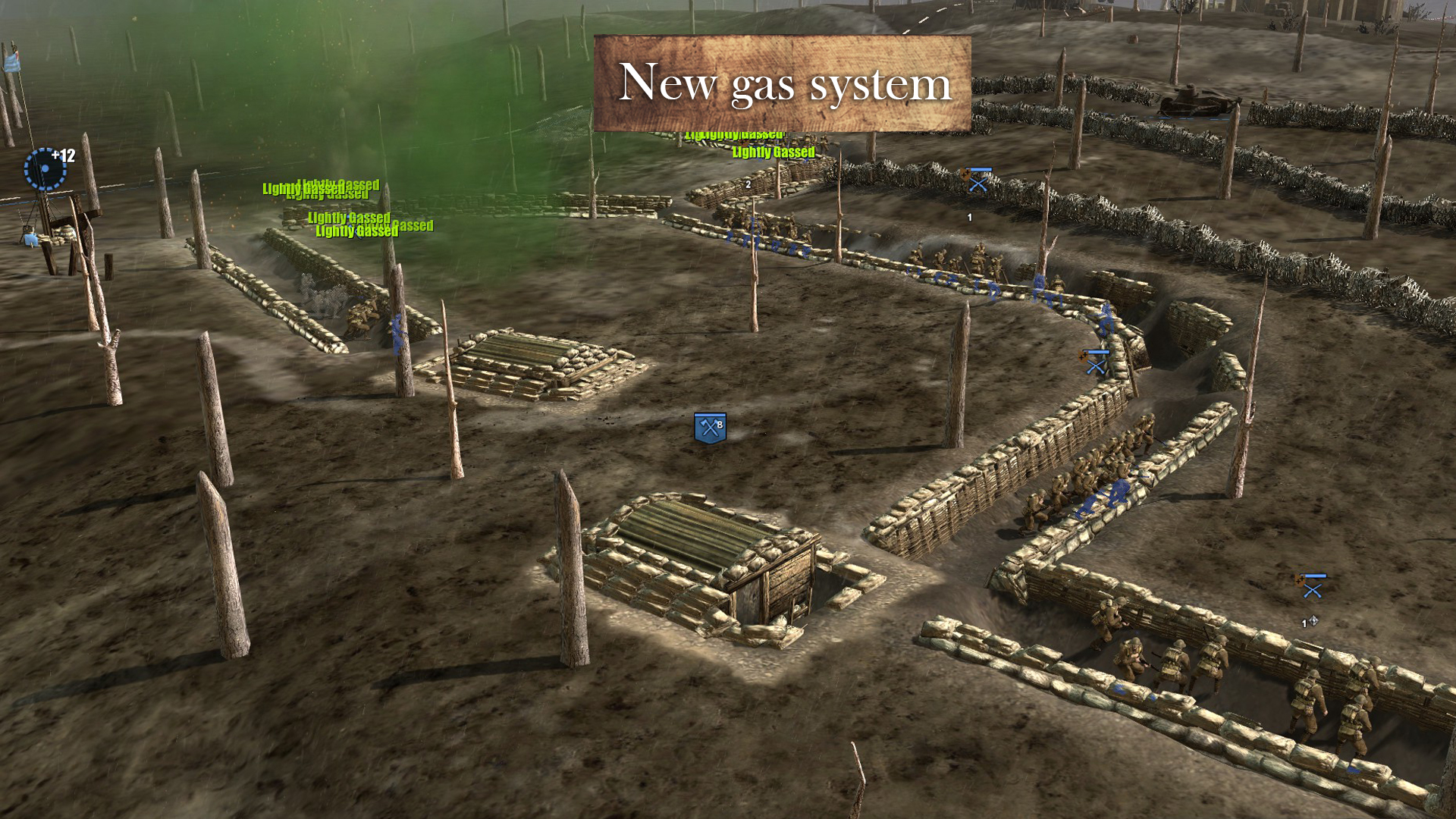 Gas attacks depends on the soldiers preparation, if the soldiers gets surprised with a gas attack their gassed level can increase and even can kill them. 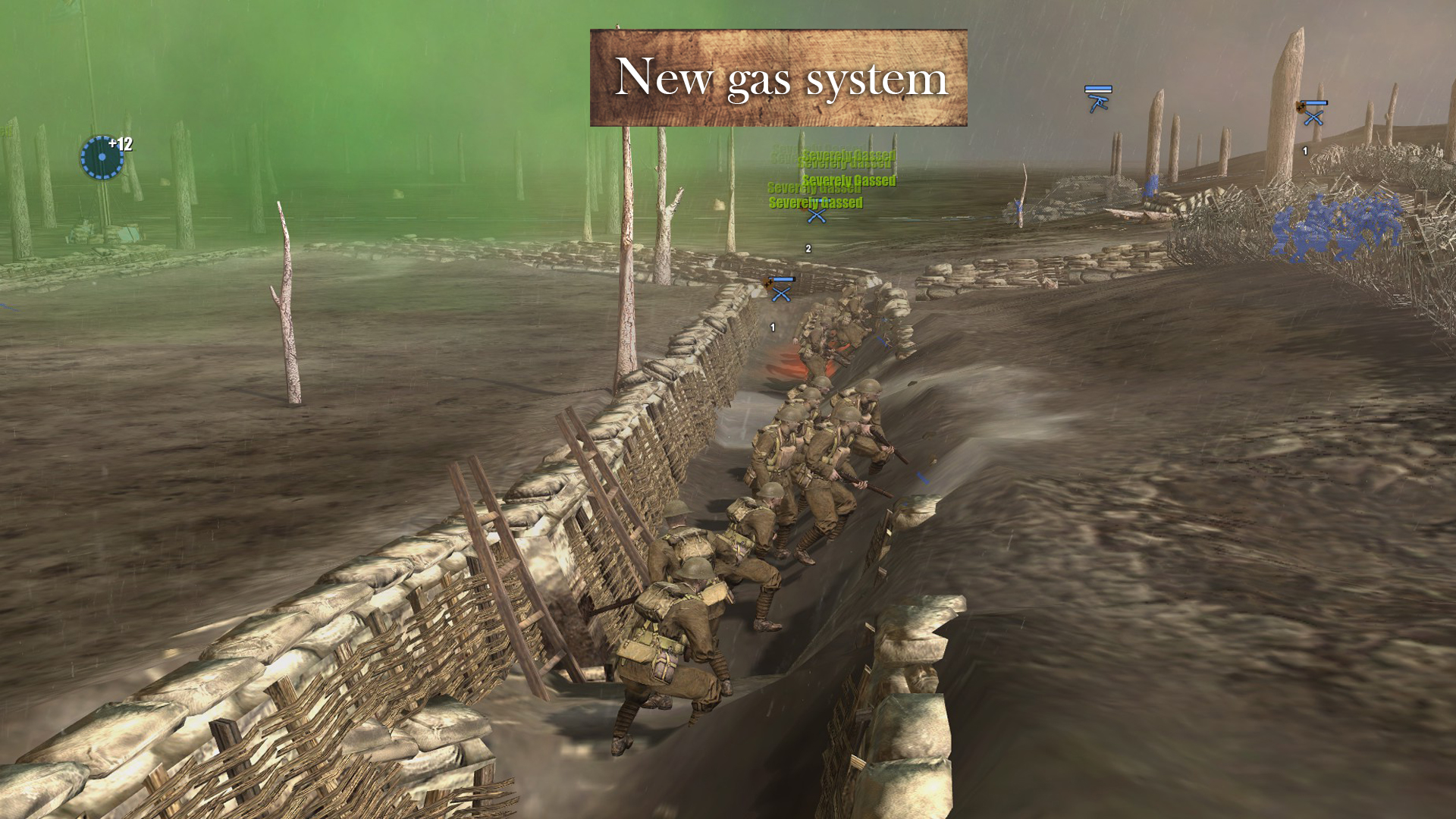 If your soldiers see the gas cloud and you will send them into it, they will automatically put their gas masks on and probably won't even get gassed.

Attacking with gas only isn't a best idea, you will have to bomb your opponent's soldiers and if you bomb them a lot they will get shell-shocked. 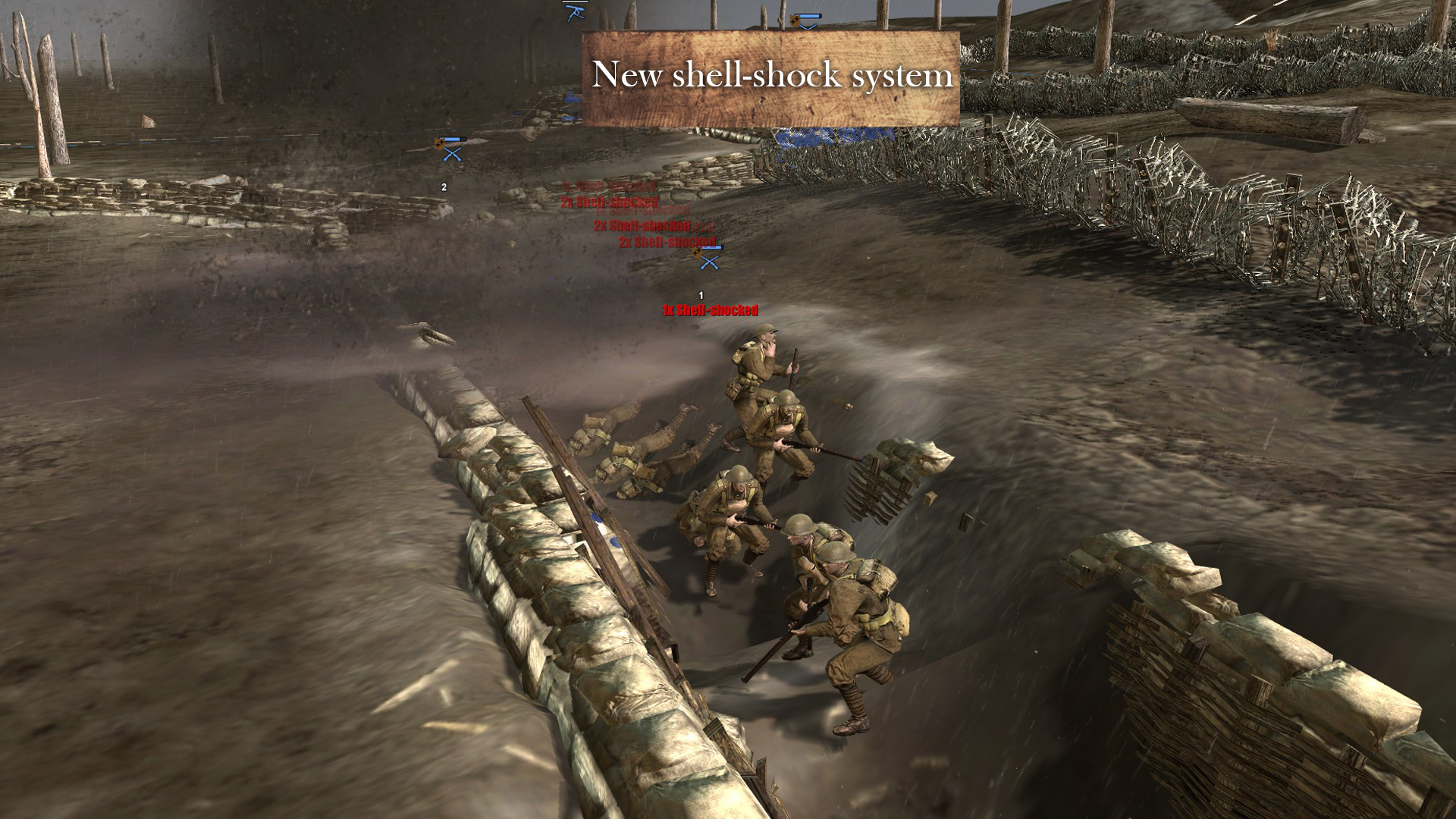 The shell-shock level depends on the amount of shells that exploded near the soldier.

LOW LEVEL: means that soldier will lay down with shock on the floor for a small amount of time.

HIGH LEVEL: means that soldier will lay down with shock on the floor for a long amount of time.

To prevent your soldiers from getting killed, or shell-shocked you can build a new object called shelter. 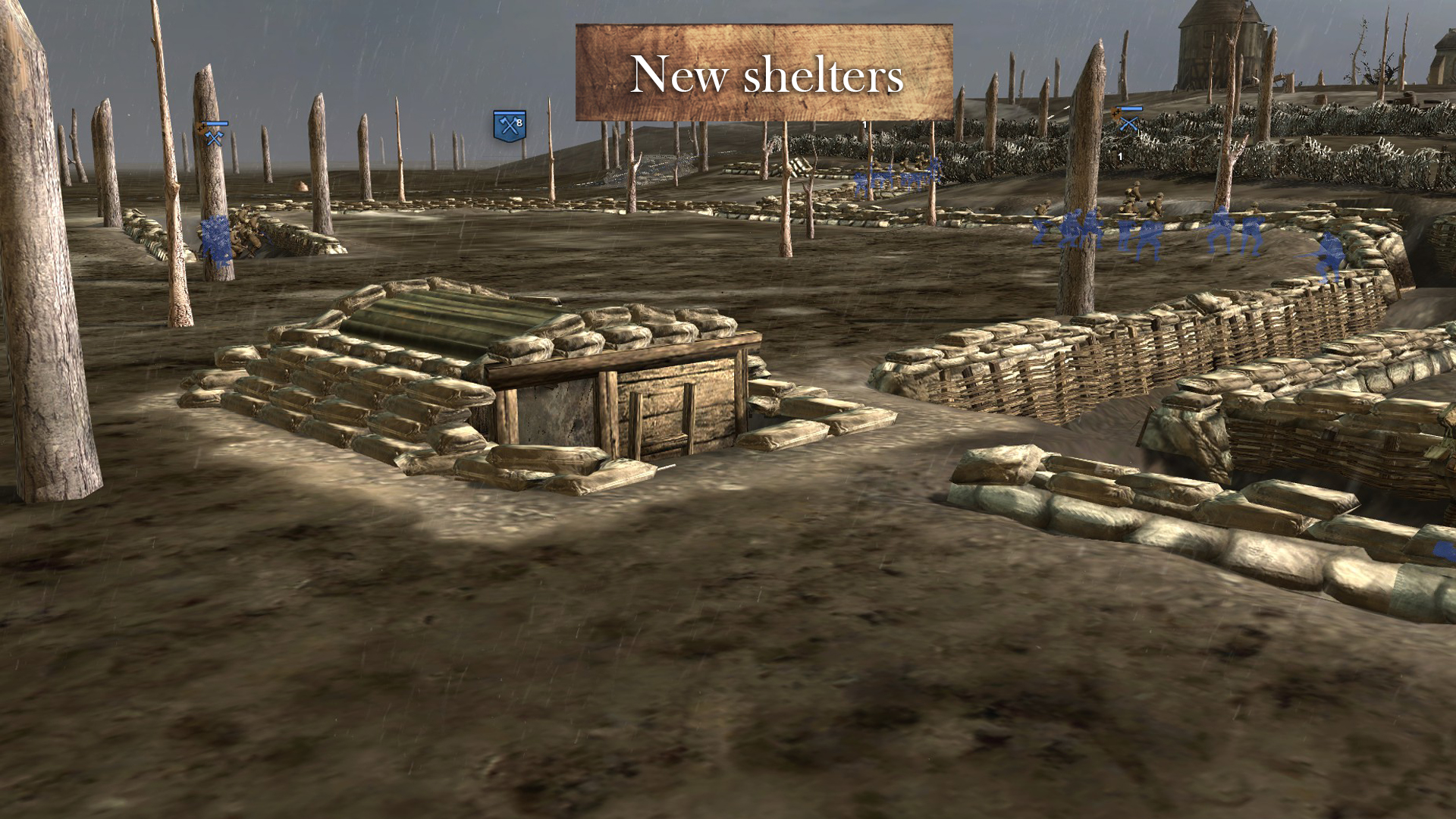 During the bombardment you can place your soldiers inside the shelter and once it's over they can leave.

HOW DIFFERENT IS OUR SUBMOD COMPARED TO ORIGINAL MOD?

What´s the difference? Read the article Join our community

This is the full version installer, it can be run as an executable or opened via Winrar for manualy extraction. The files should be installed into SteamLibrary\steamapps\common\Company...

Hello
I can't launch the mod i have this error "STLPort.5.1 dll" can't be find and when i dl it on internet i have another error how can i fix it? thanks

Hello!
What factions are currently available in the mod?

Germany and Britain only. France was never finished by the original team.

can you add back armoured cars like E-V/4 Panzerkraftwagen Ehrhardt and Rolls-Royce Armoured Car???

Could you make a version where the maps have trenches,like in the original version? The ai rarely builds any trenches,so it gets boring.