This is the 1st public release of Tiberium secrets 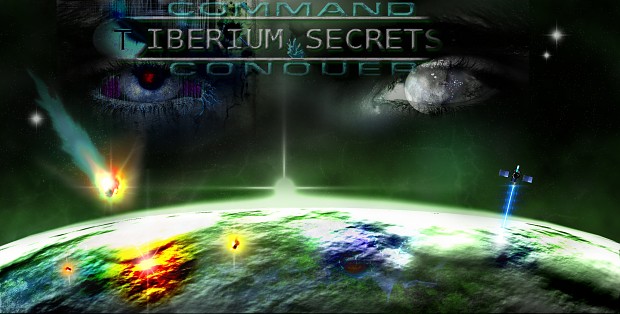 its very buggy and broken! u cant even finish building the first structure(the dark energy generator)! have u guys tested this build before release?...

Works fine for me.
What happens?

well when i order to build Dark generator, it only appear on half life and no advancing, also when i sell command center, the soldiers which came out of it cant even attack!

I dont think that my friend Ahrimansiah or Guest down below understand,
because they dont realize that Auto-designer is not a protoss probe.
It takes some time before its drones will build the structure, you need second auto-designer, all of its 4 four drones can do only one work at a time.
ASI does not have Crane or mobile outpost.
Auto-designer has the game mechanic of terran SCV, see?
Because I have technically experienced same problem, not realizing why Hack center stays at 70% of its build health, because I send the same auto-designer to do something else(like repairing ASI barracks XD).
It will leave its work unfinished, follow your directive toward new priority and then, it..well, somehow semi-automatically will return to finish its first unfinished work.
Thats how I would explain this "issue".
And yes, a lot of things for ASI game mechanics and deploy/undeploy and neutralizer change weapon and digitalize ability takes a lot of time and it is indeed a hassle.
But not bug.

no no they simply dont do anything at all! i saw the video of gameplay and they dont do anything like that! also what does graphics have to do with it? O.o
everything in my graphic options are set to max, whats should i change?

You dont need to change nothing, only I did.
The Auto Designer must get near enough the structure placement, then it shall erect that fence around and drones shall start and finish up the building.

Make sure you keep the auto designer near the construction site. If it moves to far away it won't finish.

I am having the same issue with this also. I will start up a game and with auto designer I have start to build a generator. The generator will be right next to the auto designer showing a ghost image of the building. The building will remain at half health with the drones circling above.

Ive looked at videos of people playing the mod and it doesn't have the same contruction fence around the structure.

I have a video of this if you would like it. Just let me know

Yes,
Email it to Secretreality7@gmail.com

either do i man

Isn't working for me (no chanege/can't play them)

That's really weird. Everything works for me when I play as the ASI.

Don't try playing against the ASI though. That causes the game to crash. (And even if it didn't, the ASI opponent would do nothing as there's no AI for it.)

I wonder if he..unfortunately again just non-registered Guest; is dealing with the same problem, as I still do.
Wonder if my torrented Kane edition version might have anything to do with it, 'cause my 10 years old retail original DVD is scratched as ****.
Tho it should be highly unlikely, given how every other mod including TFM Mutants and Crossfire Series work fine for me.

please repost your issue here, so all can try and help.
So, what happens exactly?

I'm pretty sure at this point that there's a problem with the way the mod interacts with one of the graphical settings that causes it to not load properly if you have the wrong setting. I'm working on a fix but in the meantime, make sure that your Model Detail setting is set to High before loading the mod. If you're currently using the Low Model Detail, then start the game without the mod and change the graphical setting to High. Then start the mod and you should notice that the main menu music is different.

And I am of course eternally thankfull for your help, because now my problem is fixed.
Problem is tied to Model detail and not to Shaders.
Suprisingly.
Can be easily recognizable by that TiSe music doesnt play on the main menu background when Model detail is set to low.
On the other hand, this is something what can happen probably to just and only me. :D
"For those with drive and for those who endure,they shall be bonded forevermore"

There's still a lot of bugs to be fixed like the constant looping flamethrower noises, and a lot of the animations to be smoothed more, and names, but overall it's AWESOME!!

So far so good. The actual faction design and lore is absolutely marvelous! One of the problems I'm noticing is the interactions with the "worker" units. If one happens to receive a command (accidental or not), they seem to be unable to finish building the structure. This forces you to sell the structure with damage reducing its value. Another problem I noticed is in the event of a low power situation, the power-down command does not power down structures, again forcing you to sell them to free up power. A suggestion, if possible, would be to allow the structure building to be similar to the Soviets in RA3, where funds are taken as the structure builds. This way the worker is free to be used again. Despite these issues, the mod is great!

Same Problem DEG dont build start and stay only at 50%

Some who had issue got it fixed by adjusting the graphics settings.

Could you tell me what is the exact configuration of the graphics? cause now i can play whit the ASi but, the power generator stay at 50% and not finish the build

No, no, I dont think this has anything to do with Model Detail which has to be set on High(I had it on Low)
You see, ASI Auto-designer Dozer, is not Protoss Probe, and alll of its four drones can do just one work at a time, therefore, build second Auto-designer first.
ASI does not have(and has no need for) Crane/Foundry and mobile outpost.
You must let Auto-designer finish his work first, it takes some time to build the structure.

Ready, but it is not normal that you have to wait 2 hours to have 70% of the building, will it be a bug?

Make sure the auto designer stays near the construction site, if it's too far away it won't do it.

It works perfectly now thank you very much great mod!

correct, they take time to build because if they did not, they would really be over powered... people still have not really gotten the idea of early tiberium cap yet... do as follows, build cheap power plant, build first refinery, during this time you should be building second dosser. now by the time the refinery go's up, you should be able to move the first dozer to a new tiberium spot on the map, make sure the doszr finish sits building or it could get a little buggy, (yeah we are still working on that) but assuming you did it right, you should be able to start a new outpost fairly quickly with the ASI

This mod is awesome! Thank you for releasing this beta! I am really enjoying it!

I have the same problem. The first building we must build(I couldn't remember its name), it sticks at its half hp, don't ever develop to be a structure. Also first infantry that enemy AI sends cannot drop its HP neither. Strange really...

Did you make sure the Dozer stays near the construction site?
If the issue persists. can you email the replay to secretreality7@gmail.com

Sent you. Please check your mails.

I'm having the same issues as others. I set the auto designer to build the first power structure, built two to speed up the process as suggested, but the structure still does not build. What am I doing wrong?

FYI, my graphics settings are set to max on all aspects except anti-aliasing, which is at what the game calls "level 1". What do I have to do to get the ASI faction to work for me?

did you let the dozer fully construct the building or did you move the dozer after you placed it? oh and only one dozer can build at a time, putting more on one building will not help

I chose the dozer and had it build the power structure. The drones went to it, but the bar stayed at 50%.

maybe try the wrench tool on the dozer =/

Still did nothing. I didn't move the auto designer, only told it to use the repair tool on the Dark Energy Generator. More work needs to be done.

Can you send the replay to secretreality7@gmail.com
It's strange, seems some are having the issue and others aren't.

Do you have the Origin version or the Steam version? I have the same problem on Origin (Ultimate Collection.)

Well i cant get it to run with The origina Full collection! HELP!

It seems most of the people who are having this issue have origin.
We're working on a fix, but it's strange that only the origin version is affected.