Third Age - Total War is a total conversion for 'Medieval II: Total War - Kingdoms Expansion' that brings you into the world of Middle-earth.

Many Gondorian units were completely reworked and improved. 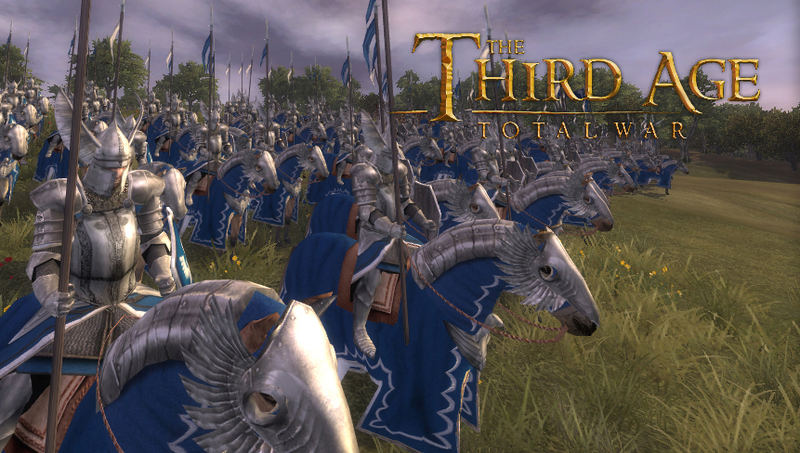 Gondor, the Southern Kingdom of the Númenóreans – founded in the Second Age by Elendil, and ruled by his sons Isildur and Anárion. After the War of the Last Alliance, in which both Elendil and Anárion were lost, and the death of Isildur by an Orc ambush, the throne fell to Anárion's son Meneldil. Gondor prospered for many decades under the rule of Anárion’s line, and became the most powerful kingdom in the land, expanding its borders and conquering parts of Harad and Rhûn.\n\nBut after the return of Sauron darkness fell upon Gondor. Civil war, plague and Easterling expansions gravely weakened the once powerful Kingdom. Lands were lost to the South and East; the cities of Osgiliath and Ithilien were devasted; the tower of Minas Ithil was captured by the Nazgûl, and thereafter known as Minas Morgul. Eärnur, last King of Gondor, fell at the hands of the Witch-king, and Gondor fell into the hands of Stewards. Many years of war and instability followed. Eventually, Steward Cirion called on the Éothéod, a tribe of Northmen, for aid, and the enemy was successfully driven back. As a reward, he granted Gondor’s new allies the province of Calenardhon, where they founded the Kingdom of Rohan.\n\nNow Steward Ecthelion II rules in Gondor, and he must strengthen his realm against the threat of Mordor and its allies: the Haradrim and the Easterlings. The Pirates of Umbar cause a further threat, pillaging the Kingdom’s southern coasts. Gondor’s stability and pride hangs in the balance.\n\nThe bulk of Gondor’s army is made up of well-trained infantry and the less-experienced provincial militia. Higher ranking troops include the Fountain Guard and Ithilien archers. However, Gondor’s pride truly lies in their cavalry – few in numbers but powerful knights of Minas Tirith and Dol Amroth, capable of breaking any enemy formation.

this is really freakin aweosme, guys, i dont know how u do it, but good job, and keep up the awesome work!

Really nice job on the nights! I love those horse helmets!

excellant swan knights, they will even beat trolls!