"THE DOC'S BUILDING GIANT MK.II "FLAMER" BOTS.
PLANS TO UNLEASH MASSES OF THEM ON THE GREAT FOREST.
NEARBY FREEDOM FIGHTERS ARE UNAVAILABLE AT THE MOMENT."

The past few years have been hard for TRP. Quite amusing how much deadlines I tried setting for myself, only to blow past them like my own personal conscience meant nothing. Map5 is still unfinished, and I feel like even though my modding drive's been driven elsewhere, I'm still burdened by the spectre of my still unfinished mod. Yet, it wasn't all of that which eventually led me to releasing this somewhat demo of my mod. It was something else.

I'll spare you the faff about most of my modding attention being diverted over to the Doom frontlines, I'll just go right into the core. Not that long ago I discovered a community effort to reanimate one of Sonic SatAM's episode, I believe it was called Rejuiced. It very much reinvigorated my drive to finish this mod once again, maybe try to finish it right as it finishes and strike the spear at its most sharp? And so once again I pulled up the ol' tools once more to work on the mod. However, a sudden problem struck my installation.

It seems that with recent Steam updates, I've caught something that's quite astronomically bizarre. Anything Goldsource related that I run on Steam takes a whole 30 seconds before it finally properly runs a game. It doesn't do it when I map change from one map to the next, nor if I restart the map through the console, but everytime I either start a new game or load an existing one, I have to wait an entire 30 seconds of wait time before I can finally play. 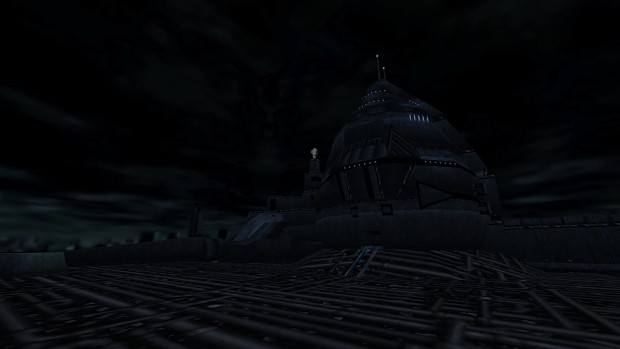 Of course, I thought it was probably some bug that was recently introduced that'll go away in no time, and so I waited. Days went. Weeks. Months. And now, it's near the end of 2021. It has yet to leave my presence. Loading custom mods in Source is faster than Goldsource. It was particularly aggravating. I wasn't hyperboling when I said that anything Goldsource related stuff on Steam ends up taking aeons to load; Sven Coop, Cry of Fear, Half-Rats: Parasomnia, the list goes on, all of them are affected. I tried replaying the Halfquake series not too long ago, and while it was still an experience I find enjoyable, I think even Patience was forgiving compared to the 30 second load times every single time I make a mistake and die.

I have absolutely no idea what actually caused this whole mess. I tried wiping my install, deleted everything, and then reinstalled. Nothing. I asked people around and none of them seem to have the same issue as me. My initial suspicion then was that maybe my computer setup was incompatible with whatever recent update that was done to Steam, and so I tried testing this theory by playing my long dusted behind-the-curtains copy of an ancient "Steam" HL1 version out of desperation. Indeed, lo and behold! Saving and loading was perfectly fine in that copy. Suddenly, I'm back to my young habits before I properly adapted to actual Steam, playing HL1 mods out of a shady copy and having fun once again. Imagine my happiness when Signal Lost was released and I could play it without the use of that infernal software.

And then, I thought, maybe it I move TRP over to this installation, I can finally return back to working on my mod and having a jolly time again. I moved over the folders from my Steam install to my "Steam" install, hit New Game, and... 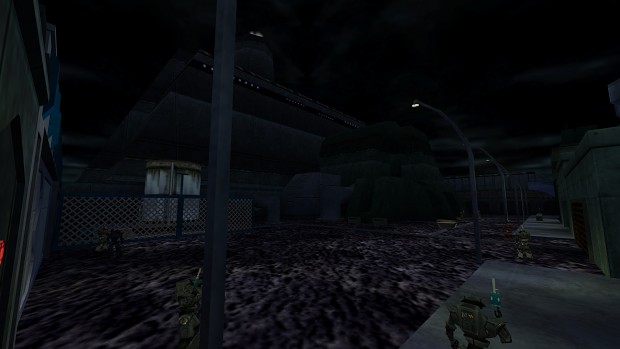 Suffering. Agony, even. I don't know why, but it seems that I can't play my mod at all through my shady copy. I wonder then if some files have been altered in such a way that only actual Steam HL1 can read or if maybe limitations that was in that old released got removed in the new version that I've been mapping for, and at that point, I broke. I can't do it, anymore. I surrender. This has been happening to me for months, and with no way out, I decided then to break open a demo of what I've worked on so I could atleast have something released while I try to sort out this entire chaos.

It's not perfect, heavens no. I can still see flaws I need to fix immediately even as I attempt to do one last run before I release this demo, from the lighting all the way to brushes that are clearly not to grid. But if I want to have any motivation to repair any of it, I need to have Steam not try to test my patience everything I open up the console to load this map I just compiled for the 2-3 dozenth time today. So, there's that. 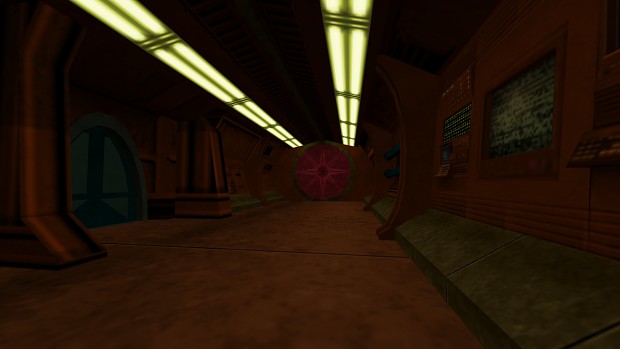 I hope you all could have fun with this short demo. The whole thing currently takes place from the abandoned mines all the way to the high level development floor of the Flamer MKII construction facility. I tried to add a fair bit before release, stuff like autosaves and extra supplies, but that's about it. I'm sorry for not getting more out or if there's stuff I still miss, I'll try to take notes for when my install could finally once again grace me with good loading times.

The One Year Media Update

It's been one year since I first made this little mod page, hasn't it? I figured I'd let everyone know how everything's been going with this mod.

Started in 2014 as part of Nostalgia 2, an unfortunately dead Cry of Fear custom campaign. I decided to restart back from scratch, go for a single theme...

A demo release of The Robotropolis Project. It contains the first chapter, Clandestine Infiltration. Requires a Half-Life 1 installation on Steam to work...

Who exactly do we play as? Just another resistance member that happens to be working in a joint effort with the Knothole Freedom Fighters? If that's the case then I wonder if we'll see any trace of Sonic or the other SatAM cast even if it's purely a cameo. Although I am curious as to when exactly this takes place during the events of the SatAM timeline? And finally, are we a random Mobian, a Human that was preserved in cryo or some other Humanoid lifeform? I ask this because when standing next to a RoboGrunt/SWATBot the player is about as tall as they are. Anyway, I am interested in what lore this mod will have and what you have in store when the full release happens. This warms my heart that someone made a mod like this for the SatAM fan community that also has Half-Life fans like us.

1. Yes.
2. Maybe. We'll see if fate smiles on me.
3. Timeline-wise, it's pretty flexible. I tried not to have any events intersect with any of the episodes, so you can easily fit this in either seasons, really.
4. I kept The Operative vague as much as possible to leave room for the players' imagination. The idea being that they're so good at stealth, most people don't even know what they look like (or remember for long). At best you got brown fur and black gloves in the view models, that's the only identifier you'll get that I can't do anything about. The rest is up to the player.
5. I was sure I made the SWATBOTS taller than the player. Odd.
6. I don't really plan on TOO much lore. Wanted this to be simple and easy to digest for the most part. Maybe if I ever expand on the malleable Part 2 idea I had, but that'll have to wait until I actually finish the blasted thing.

I assumed the hands were something you got from counterstrike and were retextured here. And yeah, I noticed the Swatbots were a bit taller, though they are a bit taller than Robotnik and definitely taller than Snively when you see them in each episode though it probably depends on the animators for each episodes. Looking forward to see this get completed, even if I suck at stealth due to my experience with games like MGSV and Chernobylite.

The hand meshes are stock Opposing Force that I reskinned, to be precise. Not quite Counter-Strike, heheh.

Also, don't worry too much about scaling. Even I kinda mess that up in the maps at times. With some areas being huge while others only moderately large.

Decided to stream this mod. Not bad! I encountered a strange bug where I noclipped outside of the level and stealth isn't really my cup of tea but otherwise it was a decent experience! Here's the VOD

Saw the whole thing, a bit unfortunate that it wasn't your cup of tea, but your feedback's been very useful indeed. Took some notes on the lighting and the broken noclippy escape route bit, will try to fix that whenever my install works again. At the very least doubling the compile light values so the mod overall'll be brighter.

Yeah, I wanted to have TRP be more of an objective-based kind of mod instead of the usual A to B thing from other mods. Made the text showing what you need to do last a bit longer than regular env_messages would, but only so much I could do without custom coding to implement a proper pop up objectives screen. Maybe I'll add glowing sprites to all usables to help direction later down the line.

The robot grunts line of sight aren't quite as inconsistent as you think. You did get a message when entering the facility outdoors that enhanced models are deployed. The ones that have better eyesight are colored in purple (they're also the only ones that patrol instead of standing still).

I made the early half of the mod stealth focused as it was kinda how the FF operates in the actual show, even with Sonic when they're not spotted yet, wanted to give my respects and all. Not to worry though, in the event that Part 2 comes along, it'll be a more action packed romp. I hope it'll be more palatable then.

Thanks for your response! Glad my feedback helped! I hope you didn't take my comments about the stealth too derisively or negatively. Again, I just don't personally like stealth all that much but it was adequately done in this mod.

I feel very stupid now for missing that message about the enhanced models (actually, I think I might've read it but didn't really digest what that would mean for me).