A Clash in the new world between the the old powers(The Aztec Empire, The Mayans, The Chichimec Tribes, The Tlaxcalans and The Tarascans) and the new powers that just arrived such as New Spain, England French and more mercenaries from Europe 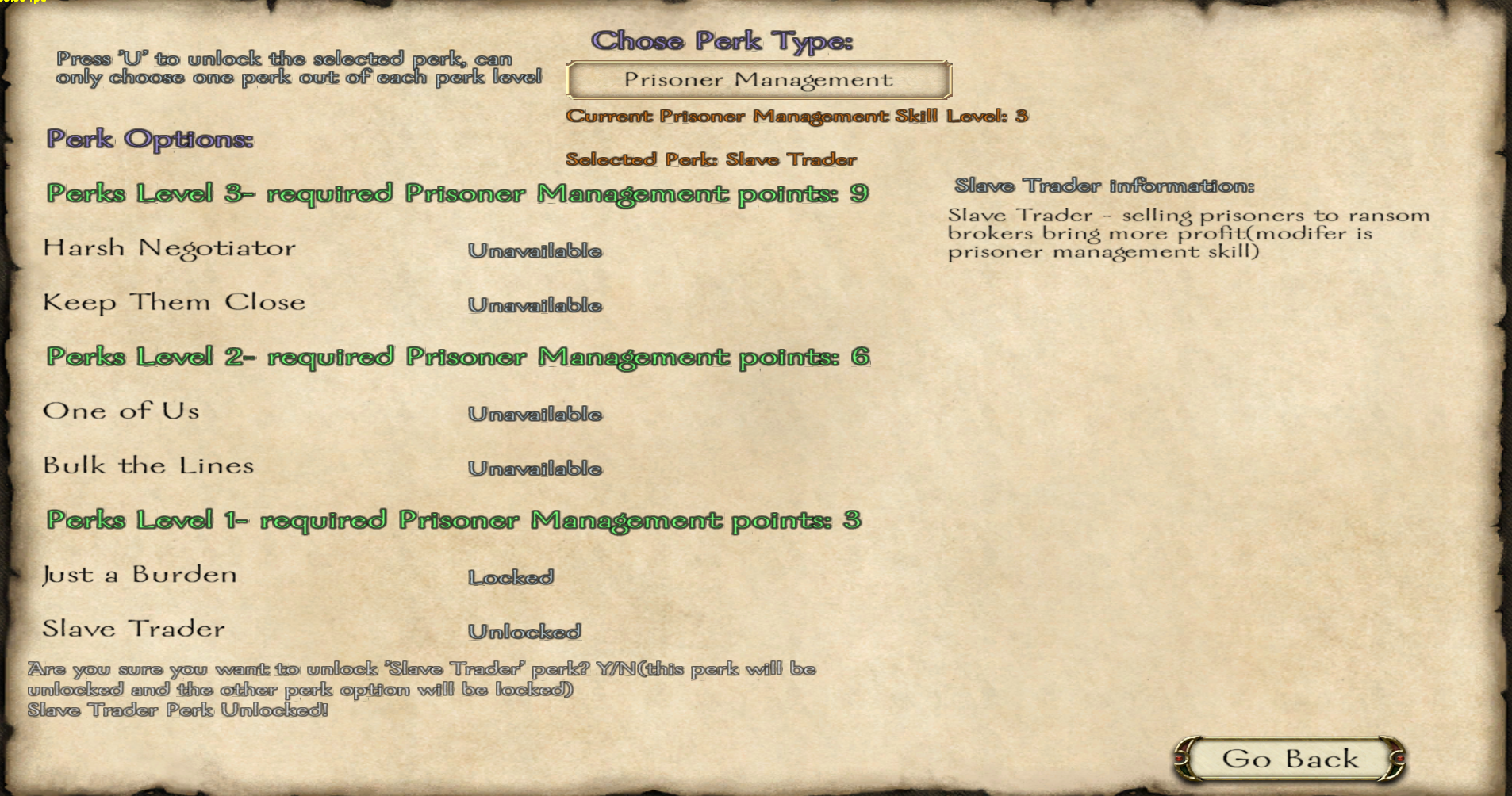 - New map fixing most of the path problems of the AI.

- Sacrifice sites in the native capitals, will let you give the site prisoners that will be sacrificed after a week and grant you some money for each prisoner you gave, you will need to refill that site if you wish to gain more money as the prisoners just got sacrificed.. only native player culture will be able to do so, the option will not be granted to those who choose to join the Spanish side at the character creation menu.

- More than 10 Work Camps around the map, that the player can own those and get the specific work camp goods(for example Cotton Camp will grant you 4 Cotton each week that you can sell).

- Spanish port in Cuba, only accessible to European player culture, a location that the player can hire an army from Europe, hire some small amount of mercenaries, sell items and sell prisoners.

- "Thunder brave", An option to upgrade Apache or Chichimec troops to a gunner troop, will only appear for them if they are in your party and you have a gun(to basically give them).

- New troops and the gear has been reorganized for all the troops.

- Turkey instead of Cattle.

- Can hire an army when you have your own land via the staff in your court.

- Hire common Native recruit in villages and faction troops in the castles\towns if you play as Spanish.

- New player faction customization kingdom management as your own when you have your own kingdom(name and gear).

- Can meet the Guild master and Village elder immediately.

- Center reinforcement, send reinforcement from bound villages to the town or castle in siege(automatically).

-New troops and the gear has been reorganized for all the troops.

A Clash in the new world between the the old powers(The Aztec Empire, The Mayans, The Chichimec Tribes, The Tlaxcalans and The Tarascans) and the new...

A small part of v2 i separated that can go in v1 with no problems, new items and new look for the Chichimec faction troops, just extract this RAR and...

First version of the mod, i didnt wrap things up in this cuz i need to re-do the whole mod for the next version as i learned few days ago how to work...

Hey guys hello to everyone here, just to advise that crysix is still working on this project and would be nice that u guys give us some help on the 3D side, so if anyone is interesed on help with this project will be greatly appreciated

if anyone is interesed to help, please send a DM in discord to rafa66#0435 here the server invite: Discord.gg

Hi Rafa, I can search some friends to help you, and If you want bring info to a future expansive of armours, units, and a lot of more things about the mesoamericans kingdoms

that, actually would be awesome, your help is very much appreciated, you can contact me here at modDB or discord if u like

Of course I will send you a friend request and a message, Have Ideas to the mod, and I will try to give you some help to the project

sure, i'll be waiting

In a future update, will we ever get to build houses and a fort like in Novas Aetas?

The "Everyone Is Playing Pretend" mod Mount & Blade: Warband