Blitz II is a massive World War II total conversion for C&C Generals: Zero Hour. You can fight as the Allies, Axis or the Soviets in the biggest World War II mod in existence.

In Blitz II a skirmish game will take you from the outbreak of war in 1939 to its cataclysmic conclusion six years later. At the start of the match you can only access vehicles and troops from the 1939 period. As the game progresses news reports will keep you up to date on the progress of the war and technological advances unlocks over a hundred different vehicles across the three sides such as the Allied Sherman, Soviet T-34 and Axis Tigers. This means the different sides evolve their tactics over time as new technologies open up new opportunities and ways to fight.

Roadmap for the Axis:

Right now progress is a bit unsatisfactory, time is less available due to work and the art has been quite a bit more challenging than expected. The Axis design right now needs several new models which have taken a while to get done. We still need some of the E series and the late war Jagdpanzer.

I've also made things tougher for myself adding in the experimental Krupp proposal for a sloped Panzer 4 as a tech choice. The Axis player can pick to develop this up-armoured tank or continue down a historical path with the ausf H and J which are designed to minimise costs and maximise production.

This tank is finished and initial playtesting is showing it's a monster. The increased armour is a strong counter to the Soviet T-34/85mm upgrade. Unfortunately for the Axis their production would never keep up with the Soviets but this Panzer 4 can actually beat the /85 in a 1vs1 fight! The armour is actually thicker in places than on a Panther!

Guns and Ammo (and armour, aka what's a gun anyway?)

In the realm of ww2 video games history nerds like us love to get into a top-trumps mentality with tanks and weapons. Xmm of armour vs Ymm of muzzle diameter get pitted against each other. Penetration tables add nuance to this debate but ultimately there's a lot more to tank interactions than raw numbers.

The blitz combat system was overhauled a while back to use historical data. This system made assumptions about hit variation and armour thickness and gave an HP value, the reverse was true of weapons, using penetration tables to produce a damage value. Over time this approach has been found to be lacking a lot of nuance.

A big problem was that ammo types behave differently vs different types of armour, and there is a big difference between the types of armour employed by different sides at different times in the war. Overall German armour became weaker over time as their access to tungsten was heavily constrained. The Soviet steel often had production defects due to rushed production timeframes. The upshot is that the same gun firing the same ammo will perform differently vs armour of the same thickness from different countries. This is even further compounded by the different sides using different ammo types!

Fortunately for us, Neo has done all the hard work for us and figured out how to incorporate all this data into the current game system. Tanks now have unique armour sets for their armour class and country of origin while weapons will interact with these armour types in different ways based on what ammo type was common for that weapon.

Blitz also uses an accuracy system that varies the amount of damage each shot produces. This represents the natural variation of shots from a tank, the crew might miss or hit a non-critical area, or they might strike something that disables the tank but otherwise does no damage, OR they might hit a weak point. This "critical hit" was initially modelled as a 200% damage strike, however we gave this shot a unique damage type. It now bypasses all armour and always deals 100% of the shot's damage representing the tank getting into the rear arc of its target and hitting something important.

What this means is that all tanks and AT guns will have a chance to deal damage to any target. Even the toughest heavy tank can be damaged by a shot to a weak spot. 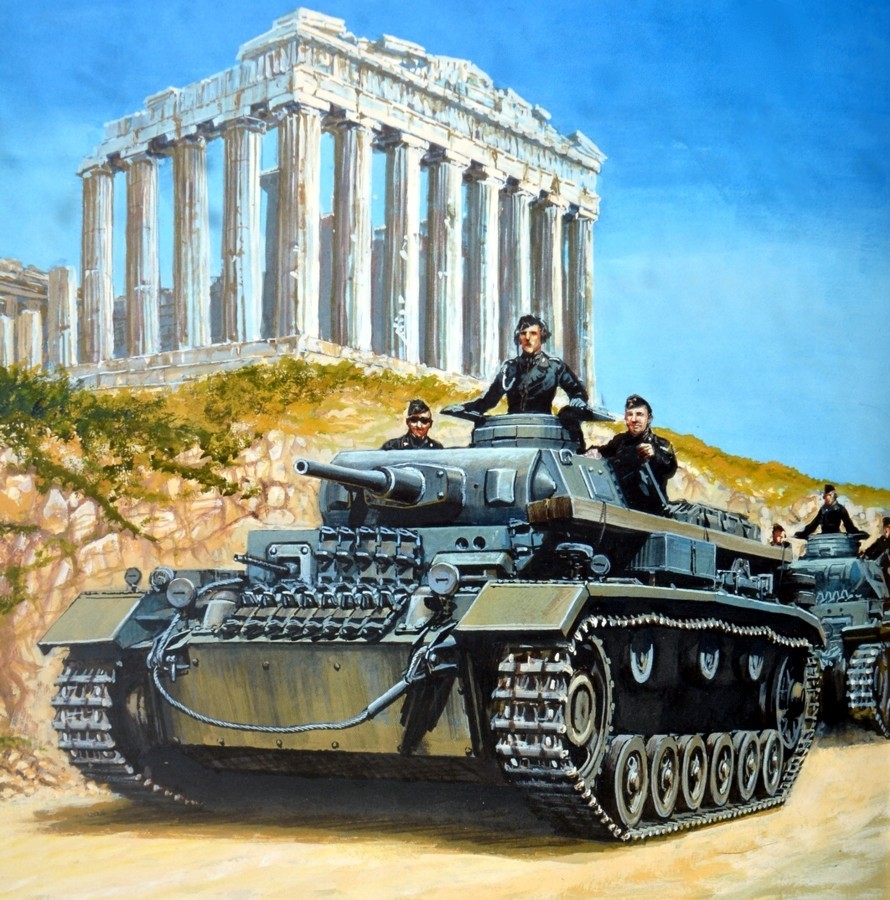 As ever we march on, progress is steady and we should have some more concrete Axis stuff to show soon. The big thing at the moment is the new units, hopefully the more basic task of code will go more smoothly once these are cleared...

As ever, more to come!

The Soviet code is just about ready for initial testing, if you're feeling adventurous and want to get involved read on!

Raw files for version R3 for those who can't get the installer to work. The "extracted.zip" are all the files from the Bigfiles if you're like me and...

Design Document for the upcoming SC2 version of the Blitzkrieg mod

The full release of Blitzkrieg II: The Finest Hour. This mod takes you from 1939 to 1945 and features all the major units of the European theatre of World...

Come back please some people waiting you

Is it possible to launch the mod with the Origin version of the game ?
I've tried and so far everything seems fine exept the fact that when i start the game it starts the base game.

I cannot seem to play Skirmish it auto completes

Is Release 3.0 full version now and playable? It has complete factions?

probably the best mod out there