RSS The Dawn of the Tiberium Age 1.1260 Update Released!

Including singleplayer missions and a huge amount of changes!

The long-awaited singleplayer update is finally here! Not only does it include the Toxic Diversion campaign from 1.11, it also includes 4 completely new single player missions for you to enjoy. Let me detail all the singleplayer content along with their difficulty levels, included with this update for DTA:

GDI Mission: Under Siege II - Free your base from Nod's siege, get some tiberium and drive over Nod with Mammoth tanks. A remake of Nod: Under Siege from Tiberian Dawn. A fairly slow-paced and relaxing mission, but you need to be decent at micromanaging. This mission was also included in DTA 1.11. 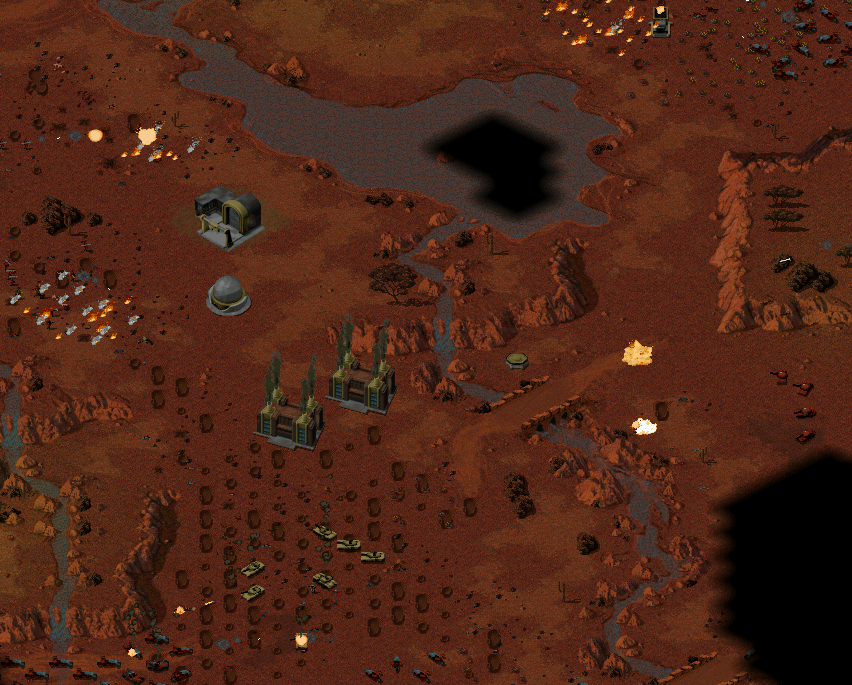 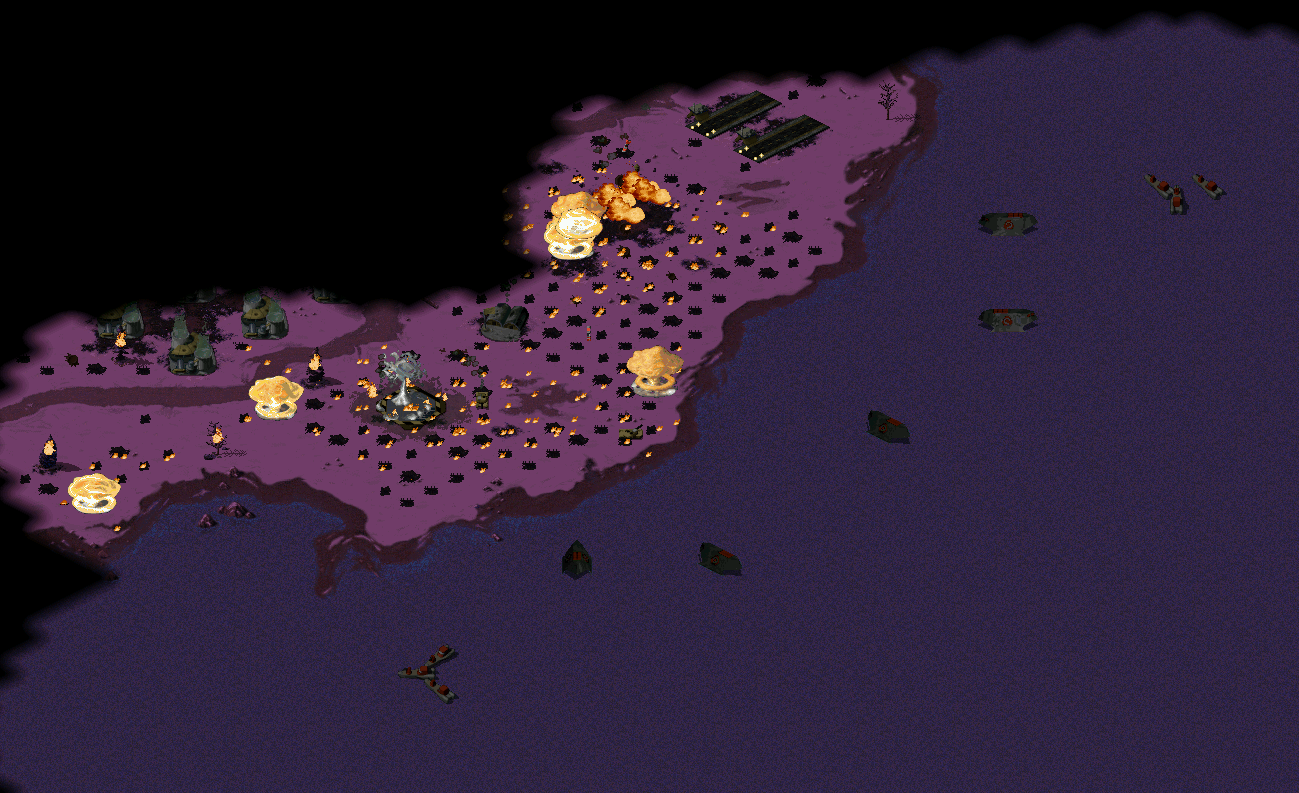 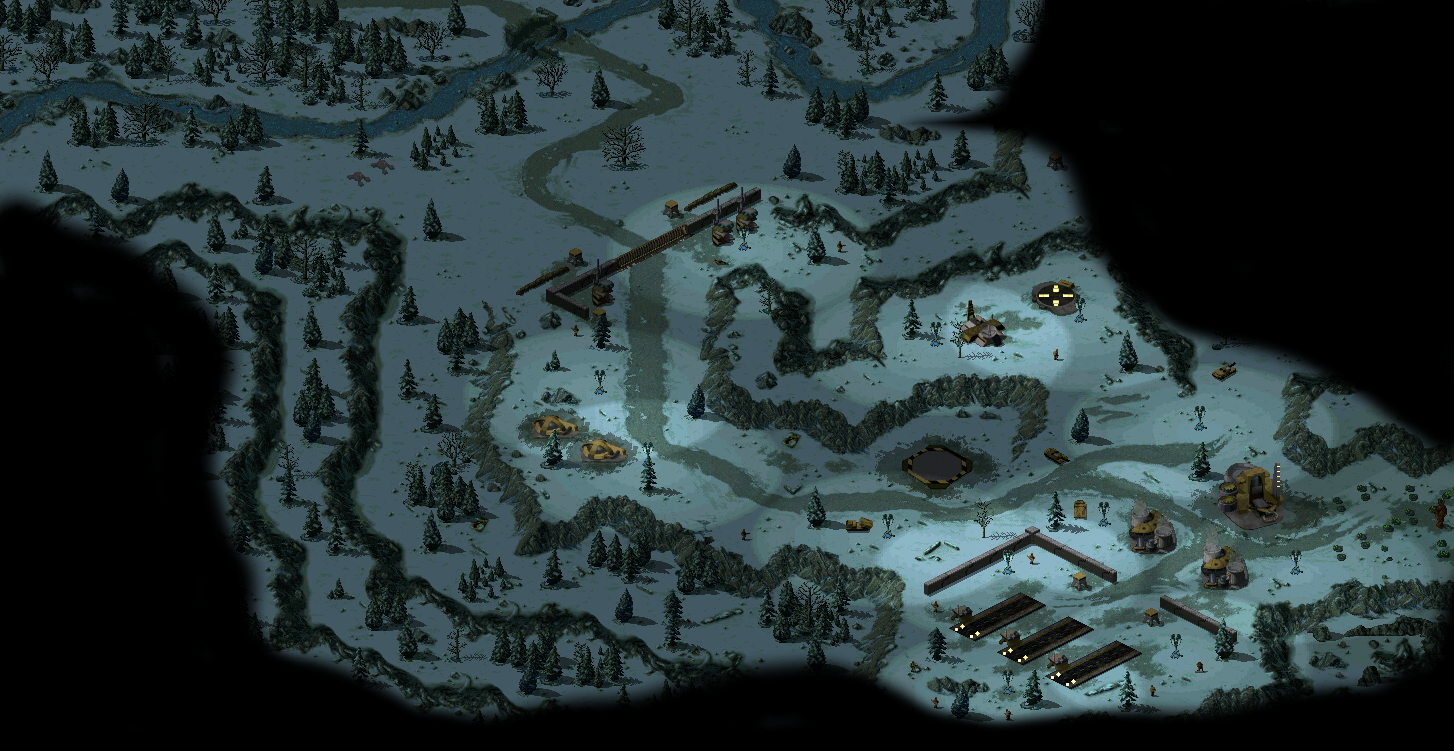 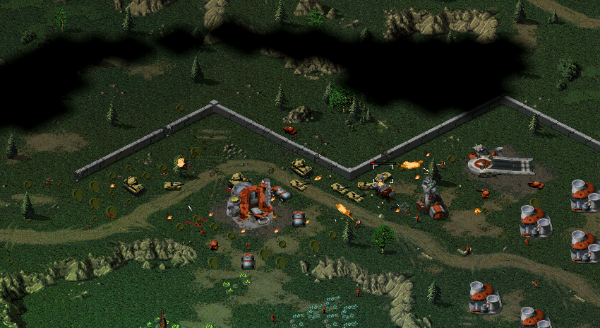 Nod Mission: Reunification - Break through GDI's encirclement with your fleet and reunify it with the rest of Nod's forces. The easiest mission of the set. Anyone should be able to beat this and have fun with some attempt.

Nod Mission: Eradicating the Red - Eliminate a massive Soviet production facility as Nod after cutting off the Reds' support from GDI. An extremely difficult, long and epic mission. Think you're one of the better C&C players in the world? You can prove your skills by beating this mission, even on lower difficulties. For those who want to beat it on Hard: good luck, suckers!

Soviet Mission: Red Paradise - Take control of a Soviet base after freeing it from Allies' siege and destroy an Allied base. Scales very well with the difficulty slider; if you pick Easy, the mission is fairly easy, and if you pick Hard, the mission will give you a challenge.

Allied Mission: Desperate Grip - Defend your base against Nod until reinforcements arrive. Not a hard mission, although players who can't perform many actions per minute might need to lower the game speed.

Note that our difficulty scale is generally higher than Tiberian Sun's. When the TS Hard AI could've attacked you with 4 minigunners, in DTA you should expect 20 minigunners. 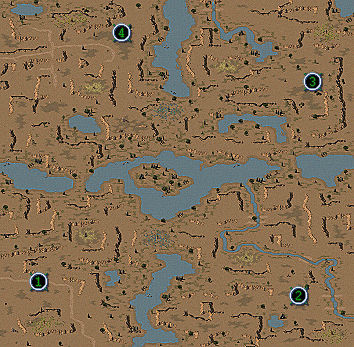 This update also includes a lot of other changes in addition to the single player missions. A lot of bugs have been squished and balance improvements and additions made. Some highlights:

To see the full changelog, head on to our changelog page.

Last but not least, don't forget to update your shortcuts! With this update, we've renamed DTA_Launcher.exe to DTA.exe. Once again, we're sorry for any trouble this might cause to you.

Either let the launcher automatically update DTA to the latest version or grab the files from the download page so you can enjoy getting your units and bases blown to pieces in the new singleplayer missions and in improved skirmish/online games!

Awesome, worth re installing c&c for, will this work with openRA

DTA is a stand-alone mod, meaning it works with(out) anything. Simply download it, extract/install it to an empty directory and run DTA.exe to play.

Congratulations and thank you on the release guys! Will check it out soon!

I really wish I had something to say, I'm pretty happy about this update but honestly what changes that make me happy there isn't much to talk about other then how great they are!

I do hope that one day this mod can have the ability to be perfect. If not by your own doing, then by doing some own personal stuff. xP

You could help us by suggesting what we still need to do for this mod to be perfect (assuming you don't have opinion-based things in mind) =P Other than that, spread the word.

@Everyone: Thanks for the positive comments, they really help us in staying motivated.

Yeah! Finally Singleplayer Missions are back. :)

tried a few of the missions and great so far.
couple of things i found for feed back,

1.nod long rang missile launchers wont fire sometimes and the missiles just flash.if you target another unit or move the launcher it can then work properly. but it happened fairly frequently.
2.playing the red paradise mission the soviet refinery icon doesn't display correctly (changing to either a silo/barracks or empty box)

other than that great stuff

1. Could you describe the issue a little more? You're talking about the SSM Launcher, right?
2. It appears these icons were missing from version 1.1260, so I've uploaded a small update to fix this. Update to version 1.1261 and the soviet refinery icon will appear properly again.

yeah its the ssm launcher(also the hovercraft version has the same problem in the nod mission reunification)when targeting some of the enemies, the missiles would stay on the ssm launcher and just flash on and off continuously until targeted on something else or moved to another location(like the next tile).
(i was firing at a large collection of GDI hover mrls' that were in the water at the bottom of the map around the navel base)
i was getting the impression it didn't want to fire from certain directions but i could be mistaken

This issue has been fixed in version 1.1268; thanks for reporting it.

I had troubles with the old launcher, im glad you made a new one now i can enjoy this game too.
Keep it up.