Stellaris - Hitchhikers Guide to the Galaxy

This mod is still in development, and I hope to keep on improving it in the future (if time permits). I am well aware that this mod is probably way overpowered, but I made it so that all technologies are player-only. It wouldn't be fair if a fallen empire could cross the entire galaxy in a single jump now, would it?

This mod is primarily designed to be fun, although maybe I will bring out an additional version which is more balanced. I also took the liberty of describing all research projects as close as possible to the original Hitchhiker's Guide, so I hope you enjoy reading the tech descriptions :)

Please, feel free to give me feedback on needed fixes or tweaks, or comments on how to improve this mod even further.

This mod features lots of new technologies, including a next generation warp/hyper/jump drive based on the HHG saga, Deep Thought and the Infinite Improbability Drive! For a full overview of the technologies featured in this mod, see the tech tree added. A few technologies are listed below:

This mod, in its current form, is compatible up to Stellaris: Synthetic Dawn. It is possible that it still says "incompatible", but in that case just go to the .mod file and modify the version to the one you have. It should work without any problems (but it's always a good habit to backup your saves).

This mod is NOT compatible with the newest release of Stellaris: Apocalypse.

For future additions, any suggestions are welcome! Enjoy the mod!

Thanks for voting and helping Stellaris - Hitchhikers Guide to the Galaxy on it's quest to become the 2022 Mod of the Year. You are now in with a chance to score some free games from our #modlove collection. Help this mod secure more votes by embedding the widget (or link) we have included below on your favorite sites.

In August, console Stellaris players are getting the new Aquatics species as part of the expansion pass. PC players, though they already have this content, may be feeling a little forgotten - but never fear! PC players never miss out thanks to modding, and so here's five stellar (heheh) mods for Stellaris!

Doctor Who Mod for Stellaris 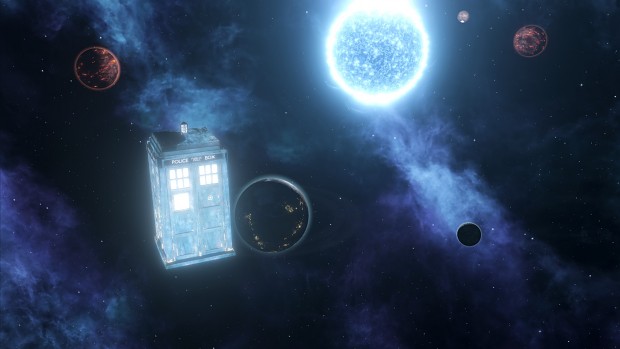 Twelve new empires from the iconic (and pretty cheerfully hammy!) British sci-fi show Doctor Who take centre stage in this mod, with all the funk that comes with it. You've got the enigmatic Time Lords, the vicious Daleks, and the emotionless Cybermen, but also nine other Doctor Who aliens that made their mark. Moreover, the Doctor himself features with thirteen companions from the past of the show with their own changes on the game's sandbox. All in all? An unexpected but great little total conversion.

Stellaris - Hitchhikers Guide to the Galaxy

This mod features lots of new technologies, including a next generation warp/hyper/jump drive based on the HHG saga, Deep Thought and the Infinite Improbability Drive! A new research chain also joins the new technologies available that greatly affect the technological advancement of the game, as well as other new buildings that help get you in on the sci-fi (which, now that I think of it, a lot of classic British sci-fi has snuck it's way into the Stellaris total conversion scene...which is fine by me!) 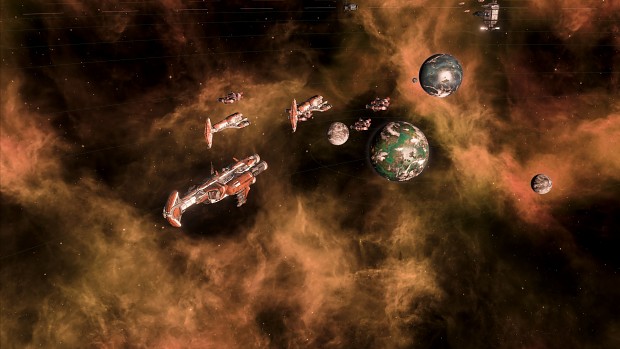 Star Wars: A Galaxy Divided is a mod meant to transport players into the Star Wars universe within Stellaris. Using Legends canon, the mod is primarily set within the Old Republic timeline and includes a variety of factions and other content representative of that Era. Star Wars is a clear and obvious candidate for a total conversion for any space simulator and Stellaris is no exception, giving you phenomenal control over a fan-favourite era of the Legends continuity. 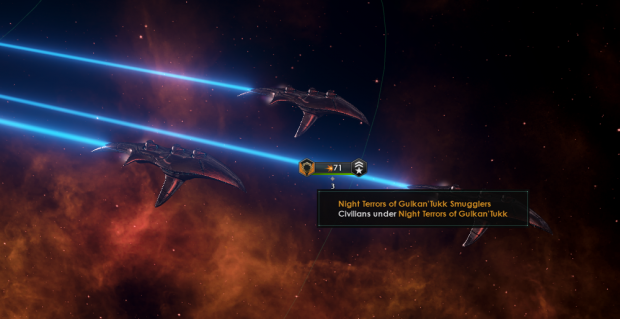 Stellaris Zero is a mechanics overhaul mod focused around overhauling the internal management aspect of the game. With everything from political parties to pirate empires to redesigned rebellions, the goal is to improve upon the under-utilized systems in the game. Mainly, factions and governments. All the vanilla government types have been removed and replaced with just a few new one, as one example of the solid consolidation undertaken as part of this mod's goals. 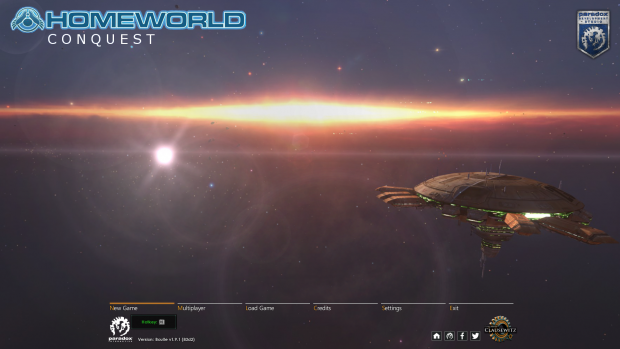 Homeworld is a key name in large-scale sci-fi strategy, testing players and their tactical skills to the brink. The games generally focus on the moment-to-moment strategy inside an encounter, but for those who prefer the grand-scale meta-game of political intrigue and resource management between encounters, this mod adds an extra layer to the complicated yet rewarding Homeworld series.

Stellaris is the grand-scale cosmic civilisation game created by Paradox Interactive. The game places a serious emphasis on political intrigue, resource management, and overall, the "background details" about how a civilisation is run. Mechanics factor in the happiness of populations, as well as the background of your species, which can range from negotiable businessmen to genocidal, purification-obsessed maniacs. In such a sandbox, an easy way to expand the replay value hugely is to add just a little bit extra into the mix - as with Stellaris' many species expansion packs that add new options for players. The console release was a bit behind on these, but now, the Aquatics pack is making its way to console as well, bringing the two platforms closer to parity. 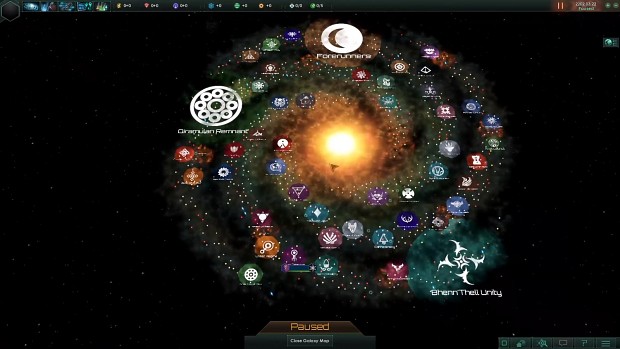 Stellaris' grand-scale strategy is the very definition of butterfly effects,
with huge consequences in late-stage games for decisions made early on

The game's expansions are available all on Steam right now on sale, but console players will need to wait until August 25th for the Aquatics expansion. If the average length of a Stellaris campaign is any indication, you might be able to fit in a few engagements before then!

Hitchhikers Guide to the Galaxy

This mod adds a few new buildings and technologies from the Hitchhikers Guide to the Galaxy. Features include the Infinite Improbability Drive as a (ridicilously...

interesting little mod! hoping to see it update in the future