Originally a project to improve the base game, the Eranthis Project now hosts the Redux Mod, a recreated version of Dawn of War Soulstorm to include improved textures, models, maps, skyboxes, icons, ui, sounds and more! For the gameplay, Redux also provides a new armour system with larger armies, bigger maps and eventually some newer units. Be on the look out for any patches or updates. 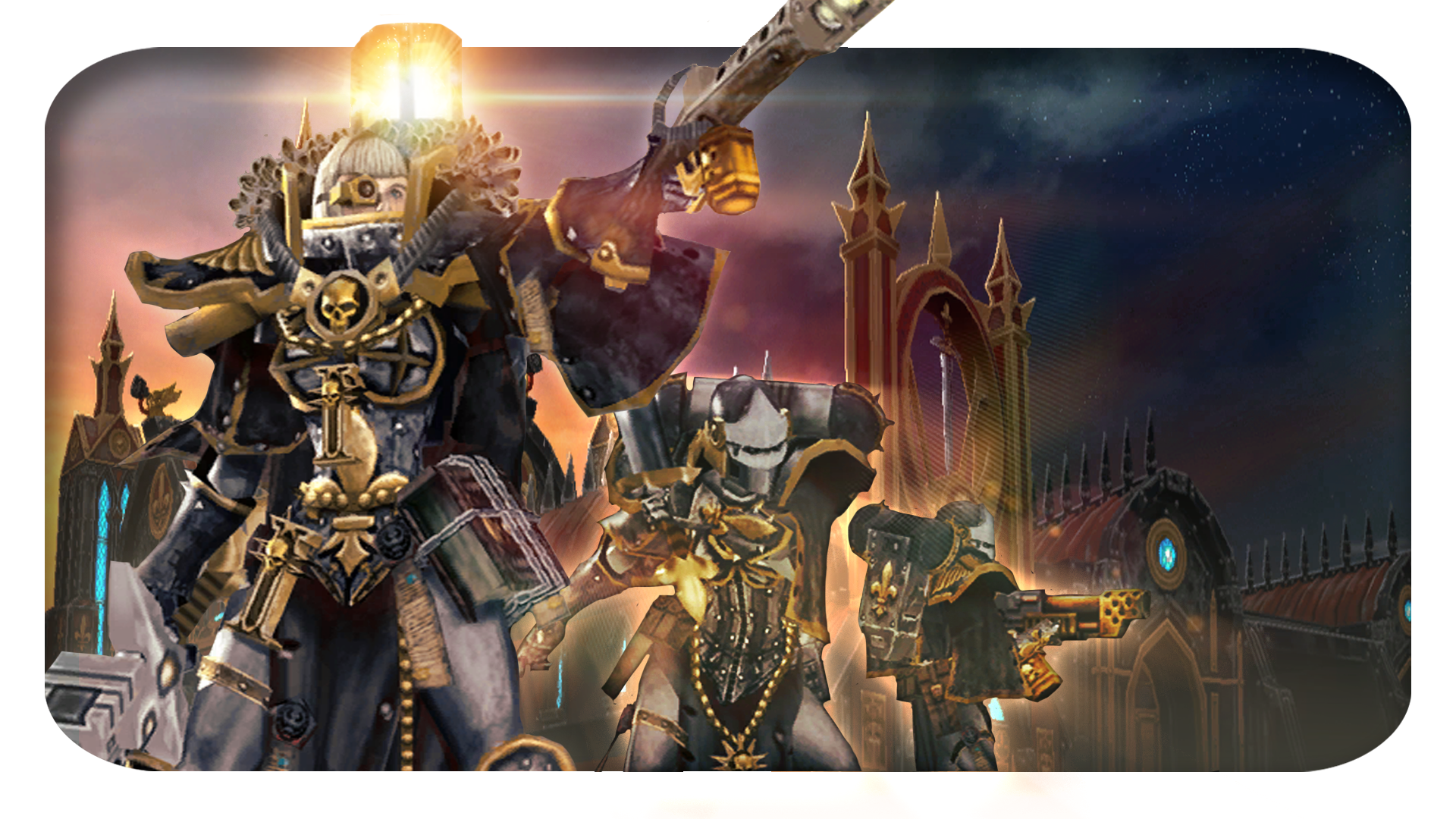 Publicly announcing a Discord Server for the Redux Mod!

I will be announcing updates and changes to the mod more frequently here so you can be informed in real-time. Discussion is also available and I will try to be on as much as I can to help answer question and discuss what will be included in future patches. If this interests you, feel free to join.

Version 1.22 has had a lot of development and is proving to be bigger than expected. Here's what's in store:

1.2 Is taking longer than excepted and instead will be released as 1.17 with many features still being developed.

With 1.0 being dropped, version 1.2 will be bringing a lot more content to the mod.

The Recreation of DoW2's Fx

A worded process on how I recreate the particles and fx used in Dawn of War 2 for Dawn of War 1.

I have a question. Mod itself looks great and feels amazing (especially new sounds!) but playingwise it feels sooo slow. For example, when you have two squads of SM shooting against another two squads (on similar level) it takes forever to kill each other. It seems like unit health is decreasing really slow. Also, in many cases with larger battles my units don't stand a chance against enemy because they just don't make ANY damage to enemy warriors, on the other side enemy warriors just crash my units (size army of the oponent is similar) and it all happens on the standard difficulty. For example Necron Wraith or Necron Lord - these units are just impossible to kill. Maybe i am doing something wrong, are there any options to change that? Previous game I played mostly was Dark Crusade, I installed Soulstorm only for this Mod.

I will admit the mod can be more of an acquired taste for some people and it indeed does play slower, which everyone might not enjoy. The goal was to make it more weighty and grounded; units move a lot slower, morale is more destructive and weapons have a gradual level of effectiveness instead of being instant solutions to certain other unit types. The mod relies more on DPS and good unit positioning over having the necessary unit classes to fight off other unit classes. As someone who plays the mod constantly with randomized races and maps and makes necessary balance changes, I can say that the gameplay works, but that's easy for me to say as someone who knows it all inside and out. I'll try briefly explaining some of the mechanics.

From what you've described, it sounds like you've tried a match with Necrons and Space Marines, two factions whose units have Armour levels of 4/5 and Toughness levels of 2/6 and 3/6. They're both pretty hard to kill. Space Marines are pretty notorious for being an immoveable object, having large pools of armour and health backing their units, but they themselves don't deal very much damage compared to other races. They usually just outlast their enemies in combat instead of steamrolling them. Necrons on the other hand do have large squads of less durable units like Warriors and Flayed Ones whose armour is on parr with Scout Marines. However, their Gauss Flayers have an AP of 1 which will cut into Space Marine armour pretty decently, whereas Bolters have no AP backing them. Heavy Bolters are the fastest weapons to take out Warriors and Flayed Ones (AP1, S2).

If you're struggling with Wraiths or the Overlord, consider getting melee units like the Force Commander and/or Assault Marines early. Scouts are also pretty reliable in this field as Sniper Rifles will deal huge damage and (in the current version) good knockback. If Tactical Marines are getting harassed, Snipers will chunk the target's health pretty substantially. The Overlord is designed to be one of the tankiest early Commanders since Necrons are pretty vulnerable early on so don't feel bad if you can't kill him. Just make sure Necrons take losses from their squads. Despite Wraiths being a hassle to kill, destroying them is a pretty good setback. Flamers also help if you're desperate to kill Warriors but you have to position your marines pretty close to the squad to use them. And of course, get Frag Grenades to throw at harassers and stun them on the spot.

Hope this info helps. Know that every factions plays pretty differently from one another so I'd recommend trying some other scenarios to get a feel of the mod more. I also post gameplay videos to demonstrate how the mod can be played in real time: Youtube.com

Made an account to ask this, regarding Dark Eldar updates, are there any plans to give them something of a facelift to resemble their 5e updates? Their outdated 90s models have always been kind of a buzzkill in DoW

I really want to!
Scourge are the ones I always think of redoing first as they should move akin to Raptors or Stormboyz and use more unique weapons like Heat Lances and Haywire Blasters instead of just more Dark Lances. Making models just takes a while and the tools are so finnicky, I worry I won't get a good port made for them.

Sounds good! Models are always the biggest ask when it comes to mods but so far everything about this seems like its shaping up to be my default DoW experience ^^

I wonder if the DE models from the upcoming Rogue Trader game could be useful? But thats a ways off, we'll see :p

When is the next update coming out?

Fairly soon.
Some new fx are being implemented for models and a couple maps are left to be touched up, afterwards a release will be made.

So, the plague marines and the primaris it will be in the next update?

No. The new units for 1.25 are the Inquisitor, Wraithguard and Techmarine. If you mean post 1.25, it'll likely be something for Tau, IG or Dark Eldar.

Any plans on adding Choas Terminators or Chaos Land Raider? I've always felt that Chaos Space Marines were lacking in the vehicle department, I know that Obliterators are technically just mutated Terminators but having just normal Chaos Terminators would be pretty nice.

Probably won't be a priority any time soon with Chaos units. Anything next to include would probably be Havocs, Chaos Vindicator, Plague Marines or Rubric Marines.

The quality of brother Eranthis' work is exceptional, to say the least.
I dare say it's beyond professional, as it surpasses the professional quality standards, for a simple reason: The guy LOVES what he is doing.
And he is doing it DAMN right - make no mistake!

Tartarus and Lorn V Campaigns for Soulstorm Dawn of War