Lost and alone in a world of fallen angels and shooting stars, you struggle to find answers and escape the darkness chasing you.

Pick yourself up, and face the nightmare. Its the second year of the angel.

Posted by LadyJaneThrace on Dec 4th, 2019 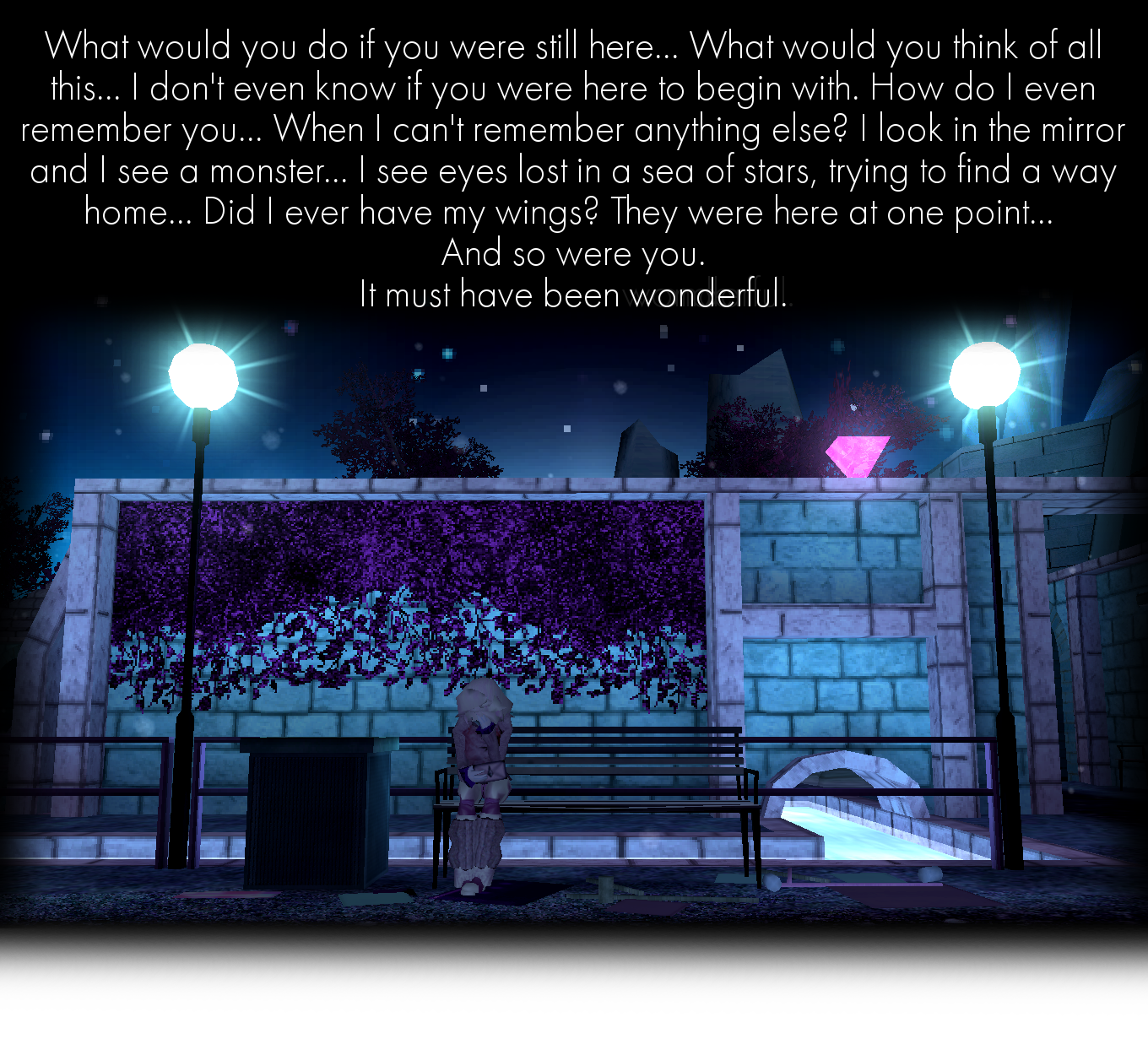 Its been a year since the last article. I think everyone is due for an update on things.

Development on Starlight throughout 2019 has been constant, with new content, maps, models, and textures steadily being created for the project.

In this article, I'll showcase several maps, models, and some absolutely stunning artwork created for the project.

In the first video, I'll showcase a small segment of gameplay in one of the maps taking place on the outskirts of Crossing. The player will be required to solve many puzzles in this chapter to progress, and exploration will be rewarded for those who take the time to look around. The maps featured in this video have gone through many, many changes since they began in 2017. The park in particular has been completely redone twice, and the stream area before it has been overhauled heavily since its previous iteration. Thanks to Happyfaceman91 for composing the intro song, and the Null Moon cover! Him & _kps have been doing an absolute banger of a job composing music for the project. 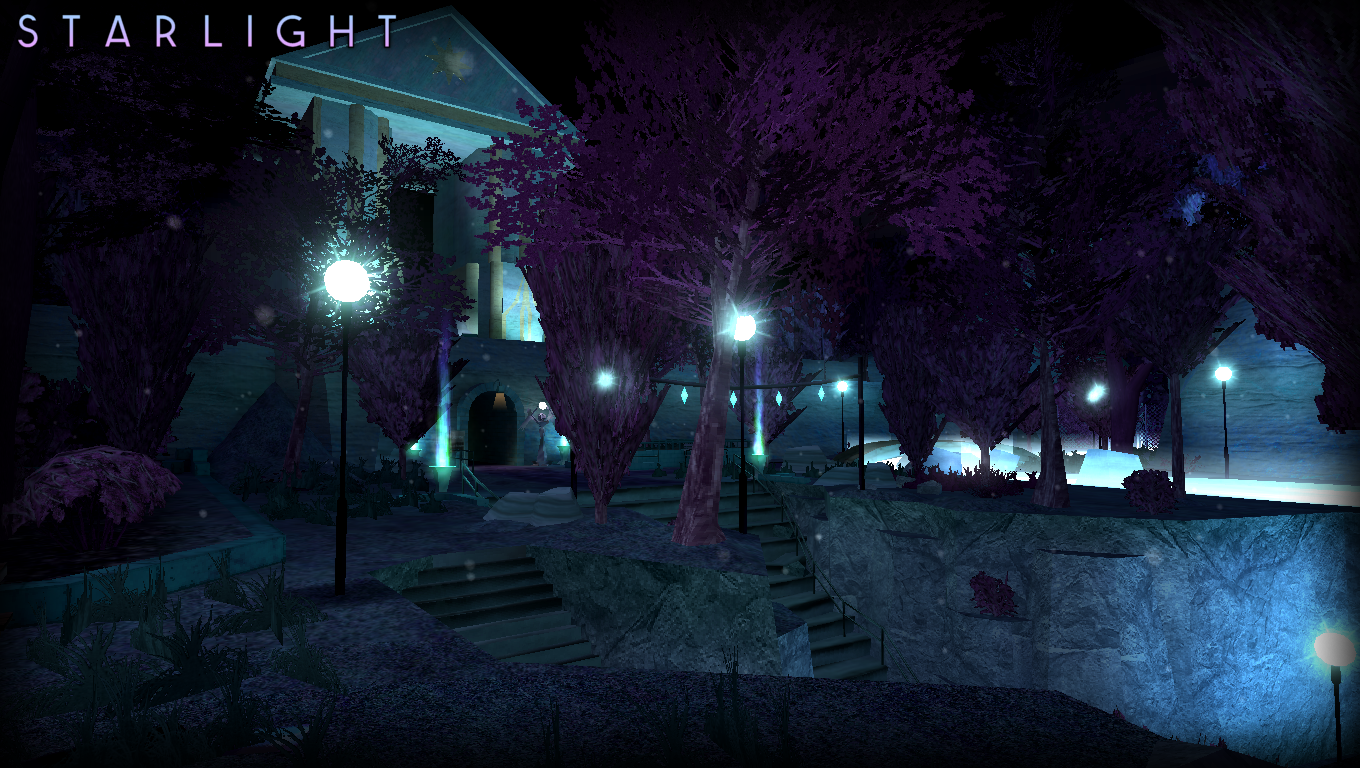 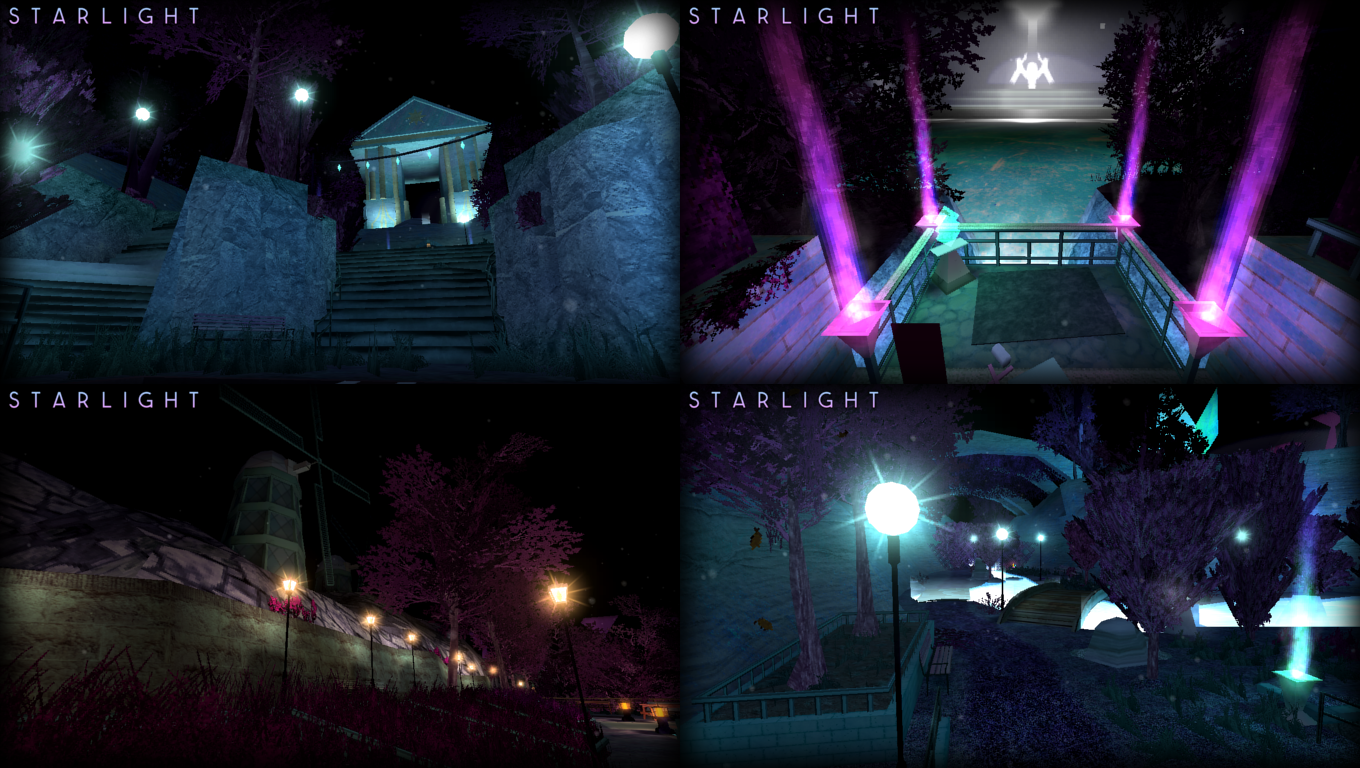 In this second video, I'll showcase one of the more exploration heavy locations. One of the many stretches of land on the outskirts of Prospera's capital. I created this map over the course of three weeks, and have been gradually detailing it more & more in the following months. It was inspired heavily by the countryside near where I live, the powerlines in particular were based off of a photo I took back in 2018. 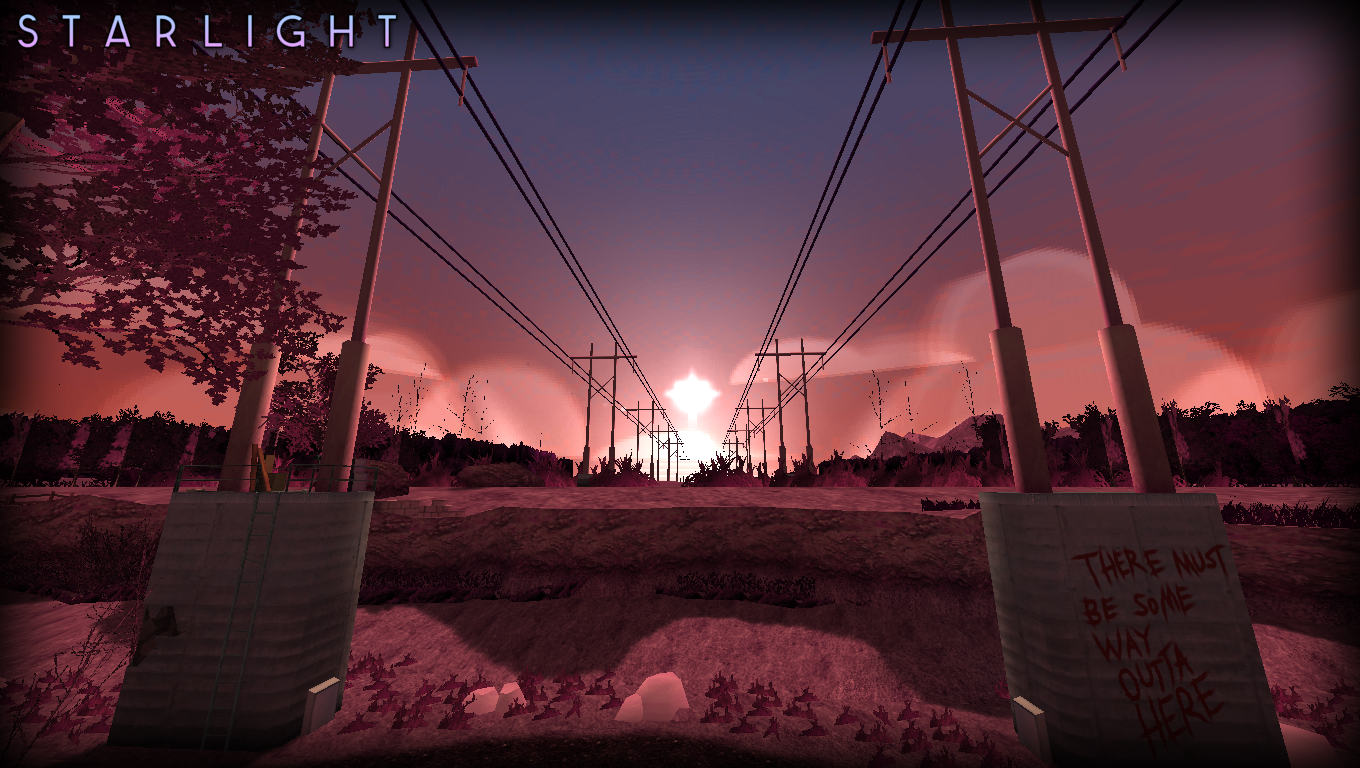 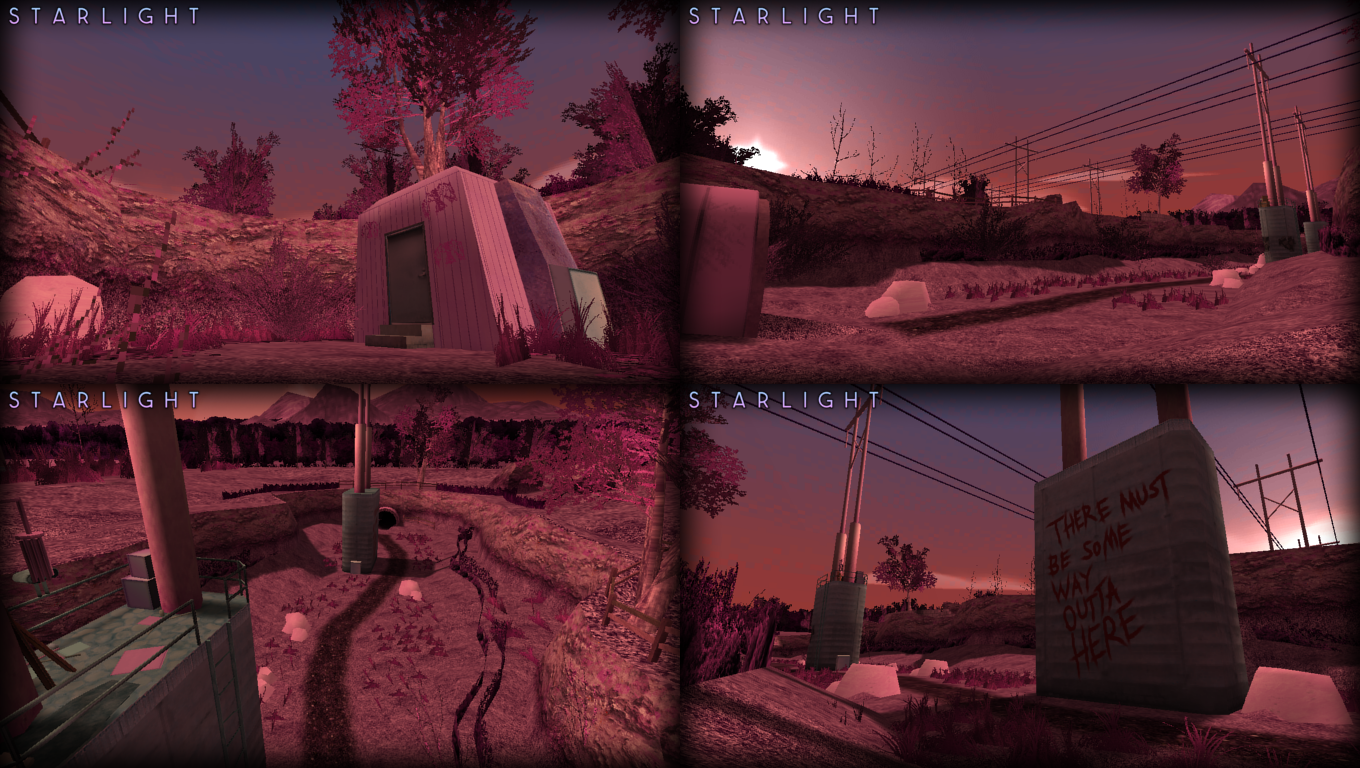 This is just a small sample of the levels that have been created for the project. These are only small parts of a single chapter. High-res versions of these screenshots have been uploaded individually to the page.

In addition to the countless prop models I've made, I've also been overhauling the weapons recently. I completed the model for the SMG, and courtesy of MTB Animations, the shotgun is more brutal than ever thanks to his animations! 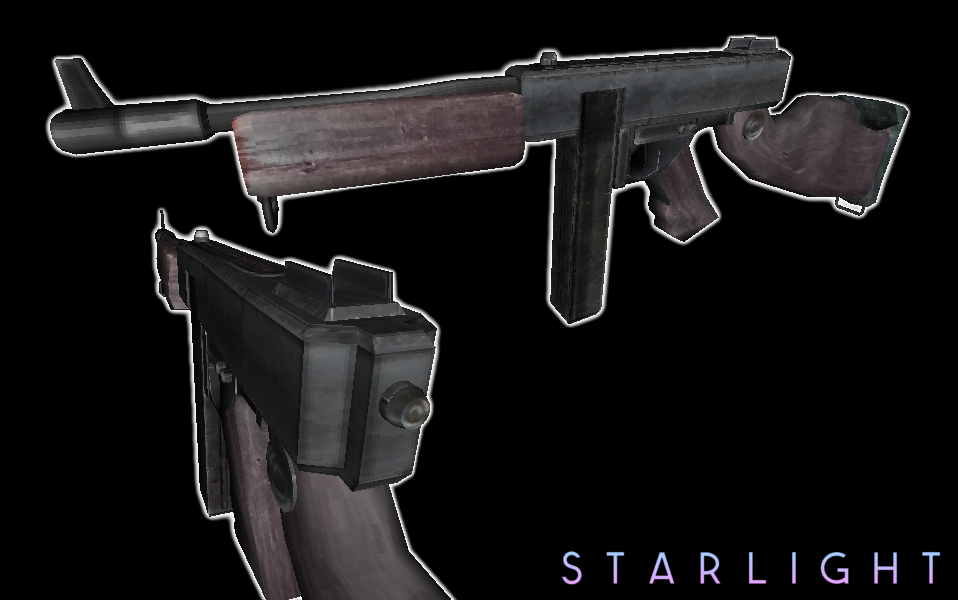 You'll notice that theres a new page background. That amazing artwork is courtesy of Danila Senko, who drew this nearly a year ago for the project, and its my pleasure to finally get to feature it. You can check Danila out on tumblr here, seriously you hit it out of the park with this drawing, and I've wanted to feature it for a loooong time now. Amazing job, and thank you once again! 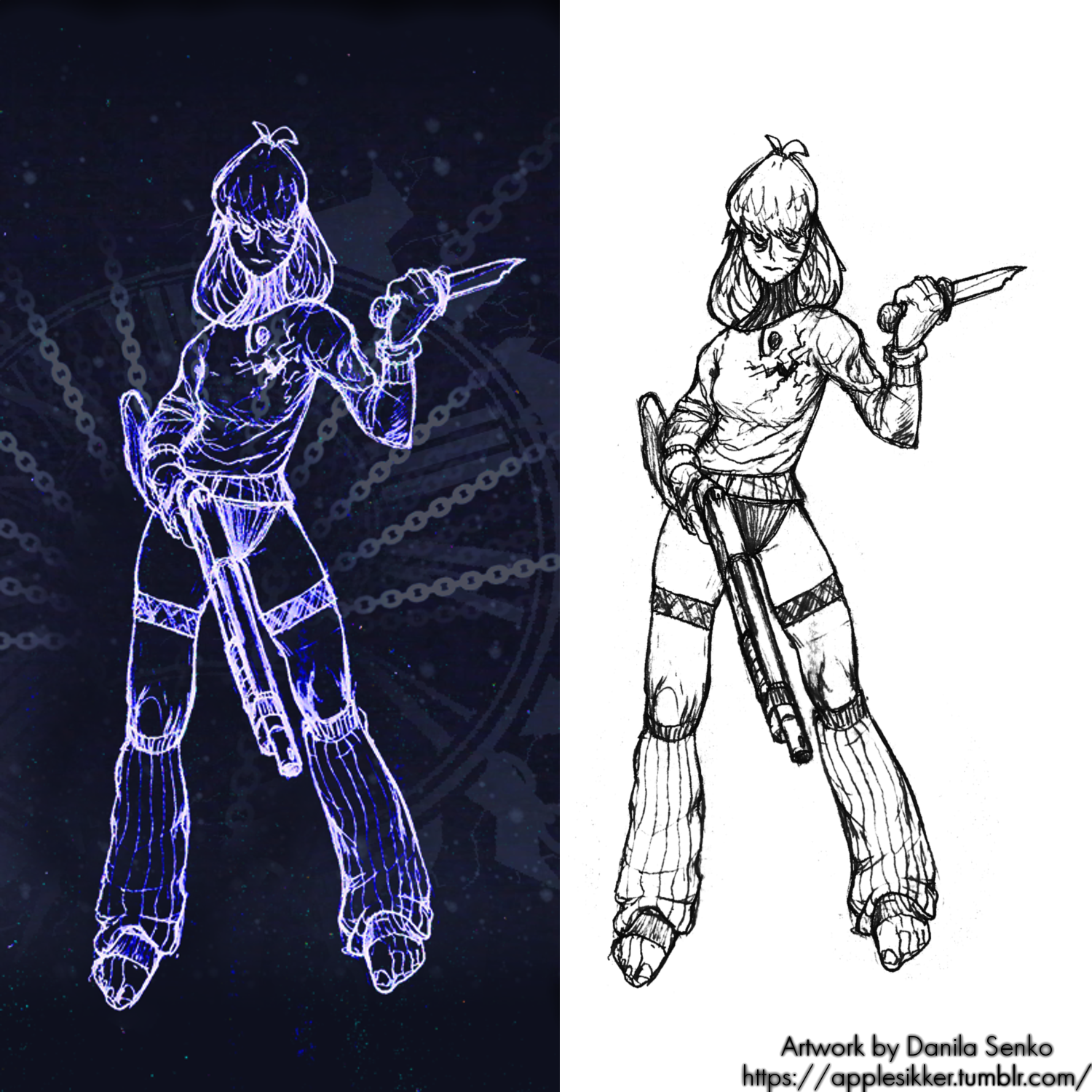 As I said, progress has been constant. And with the recent new codebase, I'm certain I can tie together something for a demo EVENTUALLY. I won't set any deadlines, or give any spoilers, but know that completing a demo & releasing it is a very, very high priority of mine. I want you all to play this thing, and above that I want you all to enjoy it & have fun playing it aswell. Its gonna take some time to make that a reality. I'm one person, and I'm the only full time developer on the project at that, but one of these days I hope I can deliver on a demo, and eventually a complete game!

First focus of the new year, I'm getting a new computer. I've had it with this one, seriously. I was about to punch a hole in the wall over this thing. I've developed all of Starlight and RainFall on the same budget, abomination of a laptop, and its about to cough up a ghost I think. 5 years of constant use haven't been kind to it. So I'm definitely going to remedy that in the new year.

I want to thank all of you for all your support, comments, and feedback in 2019! Heres to a productive 2020!

You can join the Starlight Community discord server down below, get access to WIP media in the development channel & see updates as I create them, aswell as a plethora of other behind the scenes media & information. Interact with other fans of the project & show off your own artwork, modding, and creations. Theres even a wholesome channel. 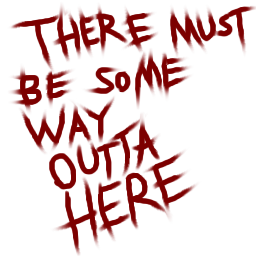 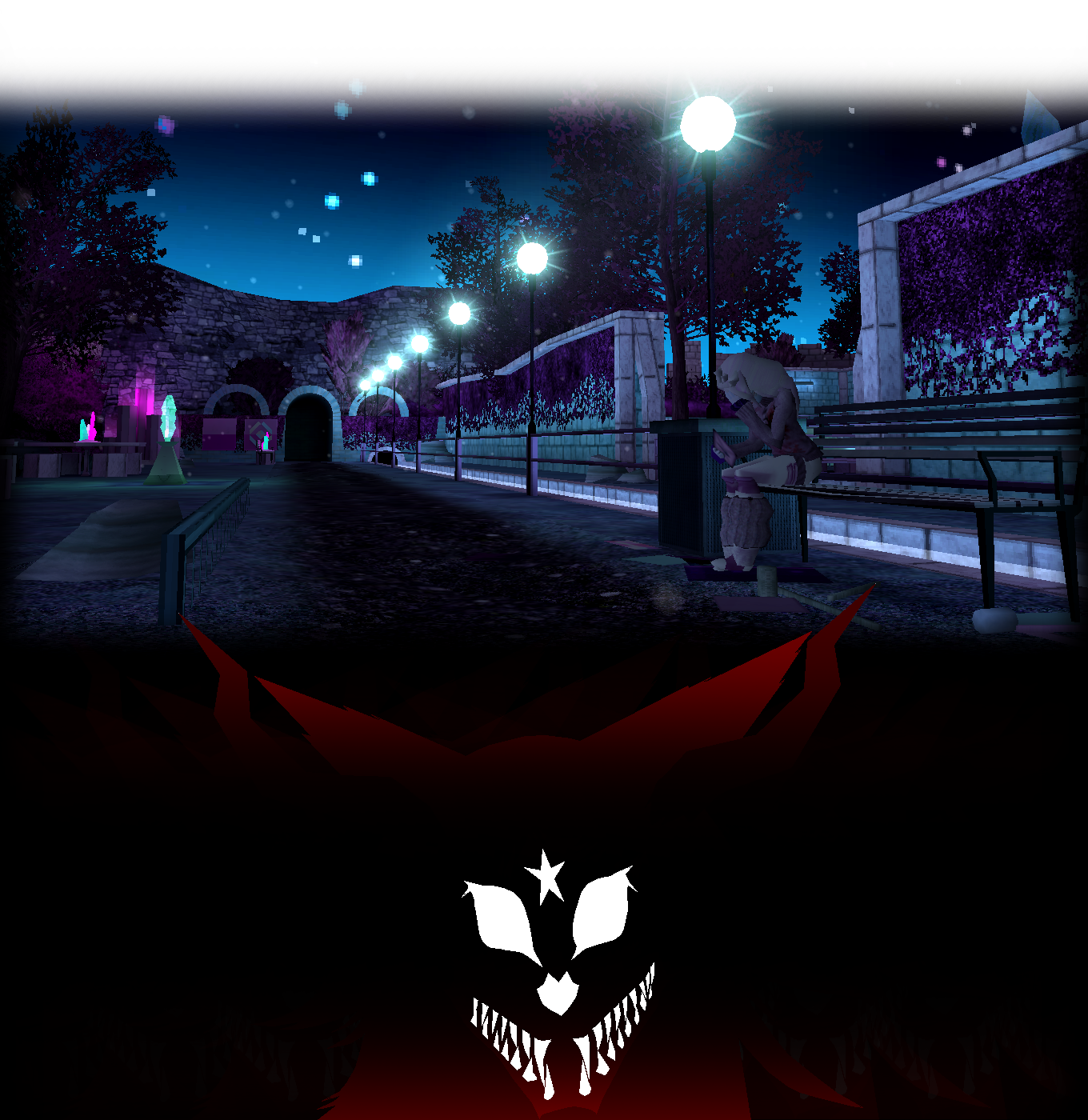 Looks absolutely gorgeous! That's the visuals interesting to look at and the atmosphere feels just right, something modern AAA-games had lost long time ago.
BTW how did you manage to implement that road under the powerlines so seamlessly and smoothly? Could it be composed of oriented sprites?

thank you very much!!
as for that, its all a buncha triangulated brushwork
Gyazo.com

Wow, this is an interesting technique. And definitely looks more professional than using sprites.

I’ll be waiting even forever if it means we get a fun game! Lovely update! Keep up!

Let's vote for MoTY, this mod definitely worth it!

I can tell I'm going to absolutely love this when it releases. those weapon animations are lovely, the constant ambience in the background gives a very soothing feel, and the overall art style gives a very different feel than other mods of this type. I'd say this here is a true 10/10 mod just from the media released.

thank you so much! lets me know i'm doing something right heh ^^

Seriously amazing I am loving the art style and that ambiance is great. Keep up the great work.

The models, maps, atmosphere,and artwork is pretty good is like a mod of afraid of monsters but brighter.

Wow this is beefy content :D plus if you need help getting the project at least to the demo stages we can shoot the horn out so you can get some help to get there. Anyway stay awesome k?

This is soooo unique. The park level feels very inspired by Fountain of Dreams from Melee. Great work!

I really wanna lose myself in these atmospheric as hell environments.
Great job so far.

Wow, I love the look. Can't wait to play this.

I join the Discord to continue knowing about Starlight. Looks great!

This looks fantastic very nice work also the music sounds like a mix of Silent Hill and Black Mesa and I love it.

Somehow the lighting on brushes and the shading on models looks basically on the level of Source. This is truly amazing.

This looks so filled and detailed thanks to generous use of studio models. Goldsource was already perfectly capable of using them, and they made some environmental props that never got used. But now there's no reason to shy away from using models to full potential, not in our day and age.

but yeah models are a blessing, embracing them in favor of brushwork in many areas is probably the best thing i ever did for this project in terms of level design ^^

when it comes to life?

This looks awesome! I still can't wait to play it :3

thank you so much mister!!! one of these days you will, i promise! ^^

This looks very awesome! i cant wait for this