A few things about Sanctuary:

After many months of work dedicated to Sanctuary finally came time to take stock of what has been done and final conclude work on it. The work on this mod was ended for now.

After many months of work dedicated to Sanctuary finally came time to take stock of what has been done and final conclude work on it. I would also like to thank some persons for helping with the project, without them this project would failed.. :D

During this long period of time, we managed to do all the promises that I made at previews to update, which includes: 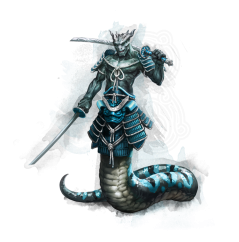 º new unit at the seventh level - Kiriny,
º refreshed models of alternative level of the sixth, fifth and fourth,
º new balance of units (all units have gained new stats and skills),
º some cosmetic changes in the names of creatures,
º new models for the heroes and heroines (a total of eight new models),
º all the heroes have gained their own names and biographies, and the cities their own names and descriptions,
º new sounds for creatures,
º new look of the arena siege Sanctuary,
º heroes specializations are modified and a few other odds and ends was added .. ;)

I must admit that the creation of this city gave me a lot of satisfaction and fun during the work time, from time to time i had some new fresh ideas(eg. when creating a model for the heroine i decided to give the individual models for all the heroe, because that the work was prolonged), which also wanted to bring into force, and most of actually introduced..

What else I wanted to do but could not at this time? Of these the most interesting things is definitely worth mentioning Kraken(was created on the basis of this from the movie Clash of the Titans), which is supposed to be a unit of the seventh level, anyway i gave up the idea, but ultimately I am satisfied with what has been done and I hope that you too will be satisfied playing this mod... enjoy! ;)

After long wait the beta release is here! Now even easier to deploy and able to create custom NCF packs!

Tools for h5 modders that can exporting models from the game.

Translated by Michał Macikowski Thx u bro!!! ;) How to install? Just copy & paste it to: Heroes5Game/data/PasteHere

This modification replaces the Sylvan on Sanctuary city.

Hello, I'm a modder from Russia. A've made huge rebalances for mods, which adds new Factions for heroes 5. One of them was sanctuary. I've released it on the Russian forum. The reason was I've thought that development on the mod was stopped a long time ago, but some people there told me that you're still on!) So, I've wanted to tell you sorry for release without your permission (from the beginning I just did it for my own pleasure to play in multiplayer). Hope you're not against the rebalance of your sanctuary mod and of course I can give you a link if you would like to check out the changes and use them in your project.

Can you make a Medieval II Total War: Heroes of M&M mod?

yes, it will be awailable as soon as possible... but still alot to do. ;)

Yee.. it takes a lot of time(mhhhh 3 years? xD) but here it is! English translation for everyone who want play in eng... u can download it now!

Advanced Classes Mod Heroes of Might and Magic III