The next part of the legendary strategy in the magic world favored by millions of gamers. The best series traditions combined with the new ideas and technologies will let you dissolve in the regenerated universe full of the mysterious power of magic and noble longing for the battle. Essential graphic standards will make the magic world more vivid, while new heroes and creatures will make your journey more fascinating.

We quickly fixed all bugs found by players in our recent release adding much more artifacts to the game, also we made updates to the AI and the new manual that includes all the new content is now also available. Download them here: 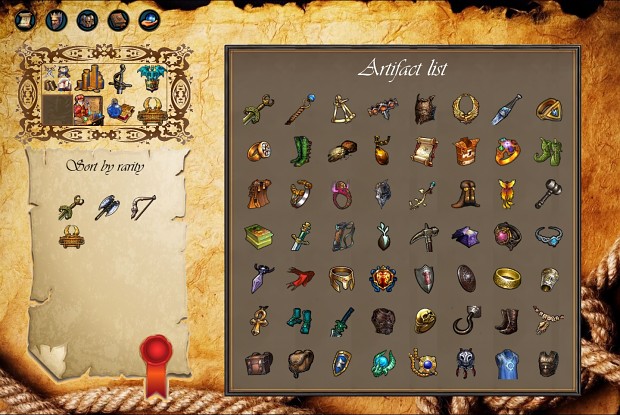 To address all complaints we have had about the AI in recent years (too hard/too easy/fleeing etc), we have replaced the simple start bonus system in the custom game menu with a new game mode system that gives the player the following benefits:

-Effectively 16 difficulty levels including much easier and better working harder difficulties.
-Ability to easily team up all AI players against yourself for an exceptional challenge (that also reduces the calculation time of the turns)
-All AI heroes can be set to never flee and fight you to the death.
-All AI heroes can be set to unlootable, this prevents human players from snowballing and motivates exploration, works especially well on very large maps with too much inventory clutter. Also note that in H55 battle sites reset quickly for players that did not originally plunder it.
-In games with only human players you can still use the settings as start bonus only.
-In games with multiple humans + AI players, it is recommended to set the same mode for all players otherwise it is not 100% certain, but in most cases the easiest selected will be prioritized. 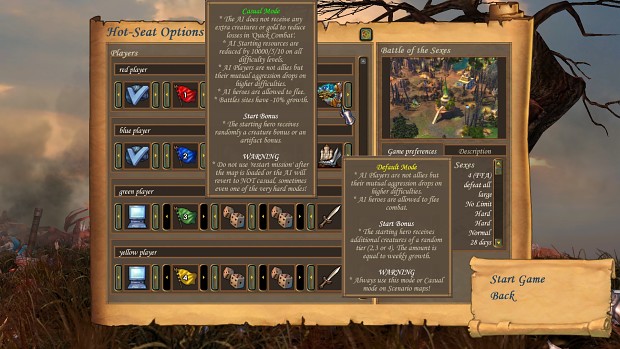 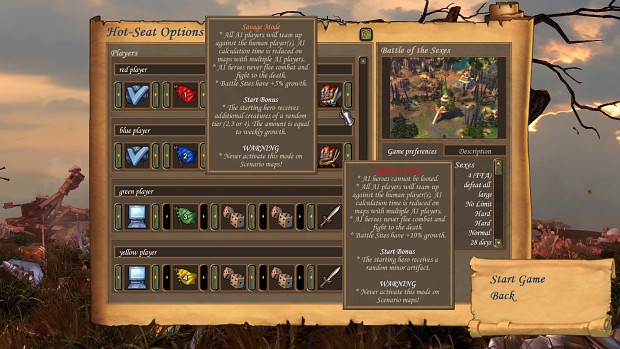 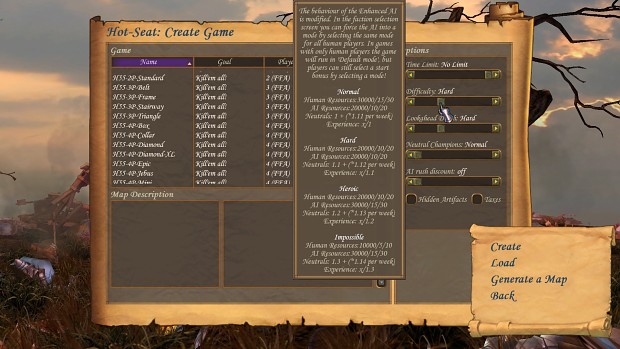 We Fixed Regalia of the Legion not working on governors if growth was already boosted by default bonus. When governors equip a regalia of the legion artifact the gained bonus is now shown among
the growth stats for all tiers in the town management screen!

Furthermore, those stats are now updated daily instead of weekly, therefore future growth can always
be observed after ending a single turn.

Now if potions are activated in MMH55-Settings.pak all starting heroes receive a free mana potion to make clear it is active (potions are added to artifact pools, but randomly you may not find any of them) 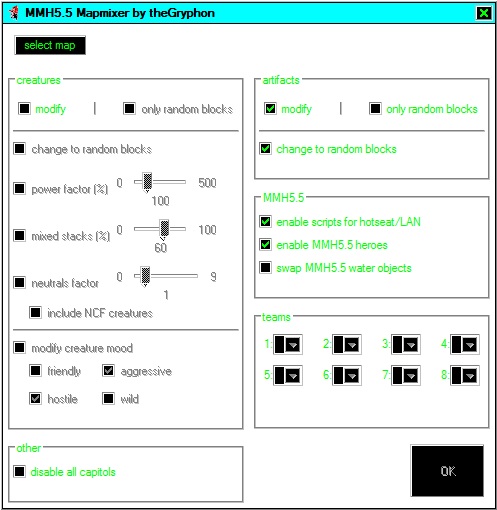 -Changed amount of experience gained from Helmet of Heavenly Enlightenment to be much stronger on high level heroes and much weaker on low level ones.
-Cursed artifacts are now transferable to secondary heroes and rarity is increased to 1 in a 100 battle sites.
-Fixed not getting the cornucopia for collecting all resource artifacts and not getting phoenixes for dissolving it.
-Fixed mana giving artifacts not working when two of the same type were equipped simultaneous
-Fixed orb of prophet not recognized as part of the prophet set
-Fixed some minor txt issues on artifacts and the desc of golem magnetism
-Fixed witch huts refusing to fill last skillslot
-Fixed witch huts trying to give a skill if the hero already has 8.
-Optimized Tavern UI to be in sync with hero inventory updates from RC14 (credits: ThGryphn) 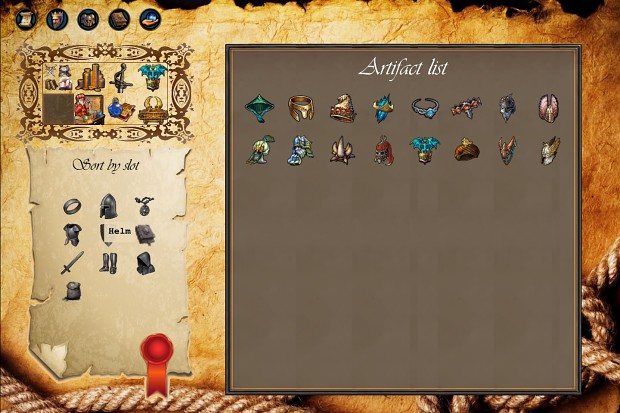 A new beta release of Might & Magic: Heroes 5.5 is ready for download and will greatly expand the amount of artifacts in the game.

This is the 1.0 release of H55X. It includes a new skillwheel, creaturepedia, and new battlegrounds.

This is an alpha release of Heroes 5.5X. It buffs destructive Magic, Dungeon and adds new Hero specializations.

Project 567 has evolved into testing grounds for new content. This release should provide you with a little taste of whats is planned but its mainly aimed...

Includes database and texts update for RC15 Beta 2. Read the FAQ below.

Stable Beta, latest version, uninstall any previous version with uninstaller, this version does NOT support campaigns, if you are playing the campaign...

Stable Beta, old version, uninstall any previous version with uninstaller, this version does NOT support campaigns, if you are playing the campaign use...

This is the 1.0 release of H55X. It includes a new skillwheel, creaturepedia, and new battlegrounds.

This is an alpha release of Heroes 5.5X. It buffs destructive Magic, Dungeon and adds new Hero specializations.

i think you should add easy mode, with normal im havng so much struggle to play

I would really like if some on would make mod with battle songs and city as songs they were in HMM3......because that could be awesome. :)

go to Heroesofmightandmagic.com for mods

This game is awesome, though the later versions were much better with the addition of new factions, and upgrades.

Yup, unit upgrades are astounding. Instead of just 2 types, you have 3. O.o

There should be some, AFAIK, it is moddable it seems, I browsed some of HOMMV files.