Sins of the Prophets: Stellaris

Halo © Microsoft Corporation. Sins of the Prophets was created under Microsoft's "Game Content Usage Rules" using assets from Halo. It is not endorsed by Microsoft and does not reflect the views or opinions of Microsoft or anyone officially involved in producing or managing Halo. As such, it does not contribute to the official narrative of the fictional universe, if applicable.
Some Covenant assets graciously shared by HOMEFRONT. Additional miscellaneous assets provided by Covenant at War. Also, visit our Facebook page.

Thanks for voting and helping Sins of the Prophets: Stellaris on it's quest to become the 2021 Mod of the Year. You are now in with a chance to score some free games from our #modlove collection. Help this mod secure more votes by embedding the widget (or link) we have included below on your favorite sites.

Beyond The Relays - A Stellaris Mass Effect Mod

Sins of the Prophets
RSS Articles

Hello everyone! We’re here today to announce a new project we’re working on. Over the past few months, everyone on the team over here at SotP have been watching and listening closely to fan requests to see our project ported over to another recently released, and ambitious title. Following these requests, we have decided to begin production of an SotP mod for Stellaris. There are many reasons why we’ve chosen to branch out to this project, however our highest priority at SotP is to bring to the fans the highest quality RTS experience we can, inside the Halo universe. 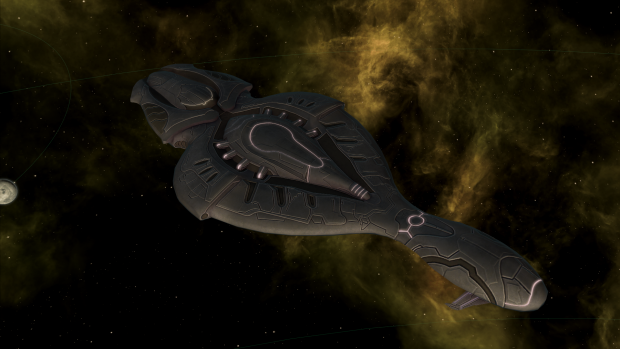 What does this mean for SotP?

First of all, this does not mean that SotP is switching from SoaSE:R to Stellaris - Sins still provides the closest style of combat, and overall experience to what we hope to achieve in the mod. Sins of the Prophets will continue to develop as usual alongside this new project, as we reach for version 1.0. While we strive to bring the highest quality we can to any experience we work on, our highest priority will still be SotP proper. That said, many of us do hope to expand on the Stellaris project further once SotP is in a more complete state. 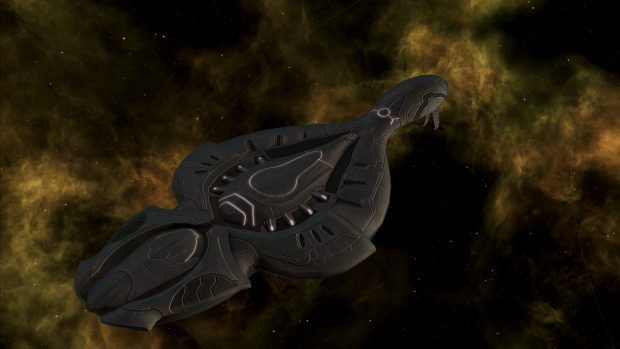 When/Where can I get the mod?

Currently, the mod is in very early development, and as such it is difficult for us to put a date on when it will be fully finished. However, we are diligently working to bring this project to the fans as soon as possible, while still maintaining our high standards of quality - in conjunction with this, we will be releasing the UNSC as a playable faction, and a Covenant ship/structure roster, which you can find on the Steam Community Workshop; just search Sins of the Prophets on the Stellaris workshop page or click here. Be sure to watch these this page for future updates as we continue to make progress in development. 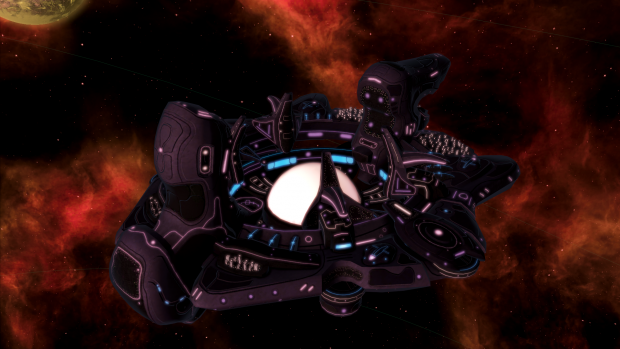 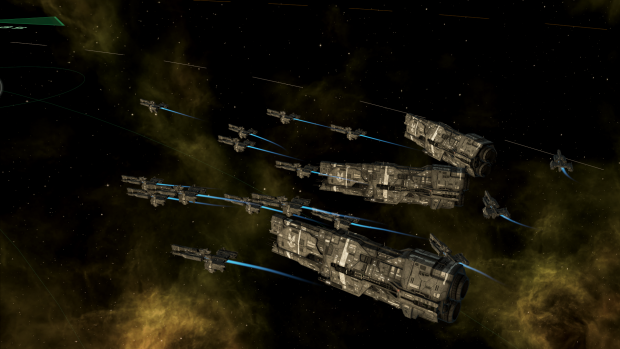 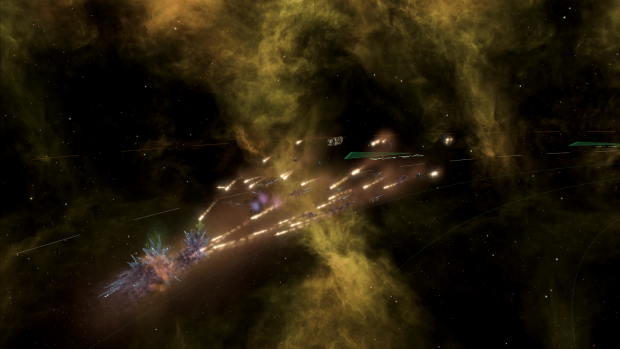 As of now the mod includes the UNSC and Covenant. These will play similar to how Stellaris already operates (albeit with minor changes) at least until any major production can be done on the mod. We hope to eventually have the Flood and Forerunners alongside them, as AI factions, which will utilize the fallen empire and random event system in the base game. Flood will warp in from whatever decrepit sanctum they’ve been hiding, and begin spreading across the galaxy. The Forerunners however, with all of their advanced technology and weaponry, will be dormant in hiding until the players actions force them to act, and leave their bastions. It is important to note that the combat mechanic in Stellaris are significantly different than that of SoaSE, and any changes to the game have to work around this base system, meaning that the combat in the mod will not be as in depth as many of us would prefer.

From here we’ll leave the rest to Lavo, who is currently the Project Lead working on the Stellaris mod.

Stellaris is a game I’ve personally gotten great enjoyment out of, even in its typical Paradox state of having drastic gameplay changes from one patch to the next. Given the large number of Halo fans playing Stellaris, my own personal experience with modding various Paradox games, and the beautiful art assets SotP and Homefront have, it was inevitable that Halo would truly come to Stellaris in picturesque form. Given the amount of massive patch to patch changes that Stellaris will likely have for the next two or so years, we have opted to stick primarily to an art asset and event focus for this project. As mentioned prior, the UNSC and Covenant will get a full ship/structure roster for you to enjoy, with delicious eye candy and weapons being properly rigged for additional visual fidelity. Additionally, we plan, in time, to put in full support for the expanded ship rosters that have been introduced in Improved Space Battles and New Ship Classes & More. The former will also have the event changes mentioned earlier properly integrated once said event work is completed.

With that we close this article - we hope you are as excited about these developments as we are. Keep in mind, as always, that these are work in progress concepts which may change as development progresses. Keep on the lookout for more updates like this in the next few weeks as we reveal more about what we’ve been up to.

Love all the homefront/Sins of the Prophets mods

Am wondering if the mac guns are useable on the ships and defence stations or is it just the weapons that you equip on the ship designer that are available?
Models look fantastic as always guys

When will the files be uploaded?

is it good or bad that I gave the UNSC imperial(green) turbo lasers?

Will you be releasing a non steam version?

Is the flood in there

Beyond The Relays - A Stellaris Mass Effect Mod Stellaris