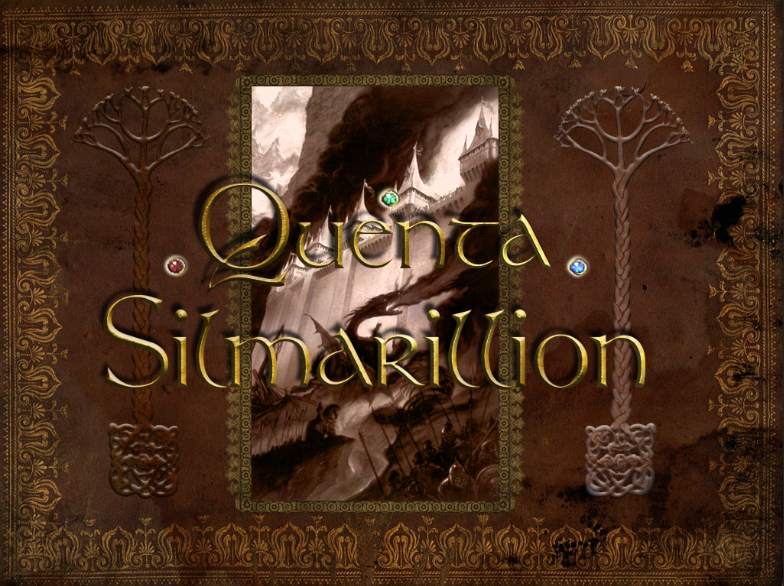 Quenta Silmarillion is a total conversion of Rome: Total War Alexander expansion, set in the First Age of Beleriand, allowing the player to immerse into the War of the Silmarils. Play as one of the three Houses of the Edain, the Houses of the Noldor, the Sindar or another faction among the 17 playable. Recreate the legendary deeds of the First Age, or rewrite them. The mod aims to follow Tolkien's own vision and description of his universe, so you won't see plate armors like in Peter Jackson's movies. The mod is a total conversion, so everything will be made to make you travel in the mythic world of Beleriand, including new units, new graphics, new scripts & events, unique characters, new animations, custom cities and many more. 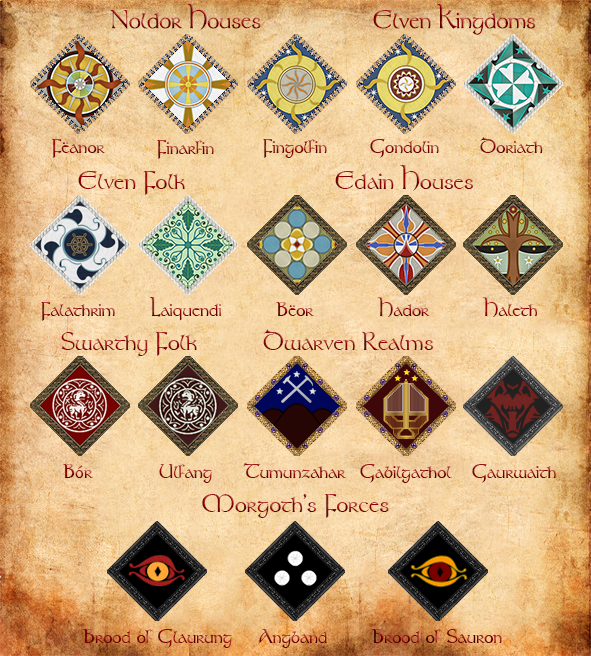 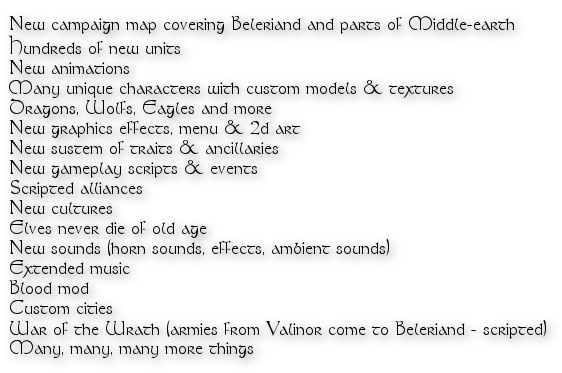 
Preview #2: The Elves of the Falas

Preview #3: The House of Fëanor

Preview #4: The Kingdom of Doriath

Preview #5: The House of Hador

Preview #6: The Twelve Houses of Gondolin

After a long time out of modding, forums and sites as this one (real life's matters, hard matters)...i must say you that our team is "on the road" again.

We'll try to improve a beta version (battles only) as soon as it will be possible, so be patience, please.

Many of the work done was redone, other parts were removed and others, as the campaign map, was made again completely new...all the units have a better look now, better skins and upgrades on modelling.

All the code, scripts and no visual parts of the mod are actually in WIP...that's why the campaing release will be published later.

The last screens uploaded here are part of the revised version, terrain, vegetation, grass' textures, light and atmosphere, as you can see are the vanilla's one (where i'm making the first test of units)...it will be very different on the downloable version.

The actual team members of this mod:

Announcement - State of the Mod

I believe you deserve an answer to your questions about the state of the mod. Here it goes:

A small update about the actual statut of the mod, and what is being worked on.

[Preview #6] The Twelve Houses of Gondolin

I'm proud to present you our sixth preview, focused this time on the famous Kingdom of Gondolin. Today, we will show you only the Twelve Houses of the...

The Quenta Silmarillion mod team is working again on the mod.

Never, if Milner come back...

Happy you still didn't give up <3