You are running along a dark street, smelling of blood and burning, you must hold your ground! The Lord supports you and you will live forever, of course, and your sword has no mercy - they cannot stop you! Kill! Kill! KILL! Kill, so for those allies who follow you it will be easier, and then, collapse on a pile of dead enemies and live forever! Do not ask for mercy and do not give it to anyone! Blood fills everything around, it's good, it's easier to crawl, no! Not now! There is still a bit, a few more killings before the victory ... No! You do not want to wake up! Thousands of faces persuade you to close your eyes. You want to grit your teeth. Faces ask you not to do this. One more breath. Faces frown displeasedly. You can't breathe. It's not fair! Faces nod in agreement. You do not want back! Faces become look guilty, hide their eyes, gather in a round dance. Their dance turns into a sparkling funnel. A dry whirlwind picks you up.It's shining. A lot of light. You fall into cool water, dissect it with your powerful body, disperse waves on the sides. You are in your natural environment. Water is life. Life is... Life is everything around. You spread like a flowing river, meander through a magical land. The shores are filled with people you once killed. You know them all by name. They are waiting and calling you. They do not hate you. You are their brother, forever. You don't have to pretend anymore. There is no pain and fear. This is a magical land, it attracts you with its blue cloudless sky, its rustling groves, where there are no snakes and predators. You are drawn to her, you were born here, and you will stay here forever, nostalgia for a nonexistent homeland picks you up with a yellow leaf and circles you above the ground. And suddenly you see everyone who has gone before you - Lucius, the centurion Decius, Memnon and the Eternally Alive Trayan who is looking at you so sadly and guilty, oh Gods! There are so many! And even more of those whom you killed, they are also here... Behind them are still faces, thousands of faces, thousands of hands, thousands of words. You drop hundreds of questions, words swirl in the air, carried away by the wind. You take off from the earth and fly to heaven - now you are at home - it's just there, somewhere in an unimaginable distance, someone took pity and finished off your empty body... For this world has changed forever, because there was only...

In the new world, old thing awaits you: massacre from horizon to horizon. War goes everywhere: from the icy wastelands of the North to the barren sands of the Sahara. Dozens of new units open up many tactical opportunities, and each faction now has its own military doctrine. Enemies have become more stubborn and merciless and defeating them will not be so simple.

Mass killings, torture, bullying
Show the conquered where their place is and let them forever remember who their true lord is and of course, do not forget to enjoy their suffering!

Asymmetric war
The brutal hordes of barbarians, endless rebellions, unprecedented rampant banditry, social crisis - can you keep the empire from collapse? Or will it fall into the abyss under your rule? Or will you be the one to strike her decisively?

Angel of Death
Get terrible nicknames depending on your actions on the battlefield and world map: Lord of the chains, The Bloodthirsty, Black Heaven, Rooter... - what does it mean? You have to find out...

Devastation
Poisoned wells, destroyed buildings, burned crops, desecrated soils, killed prisoners - you will see signs of decay on the actual battlemap, portrayed by ambient settlements! Also a series of buildings in campaign will represent the state of chaos and extinction!

Religious fanaticism
Plant your chosen faith with the help of new buildings!

Faces of death
On the battlefield you will be able to encounter piles of skulls and corpses, zoroastrian dahmas and mass burials!

Way of the Warrior
Destroy thousands of enemy soldiers and then take your fate.

Thanks for voting and helping Scorched Ground on it's quest to become the 2022 Mod of the Year. You are now in with a chance to score some free games from our #modlove collection. Help this mod secure more votes by embedding the widget (or link) we have included below on your favorite sites.

Stormbringer Gigantus has come to this world! 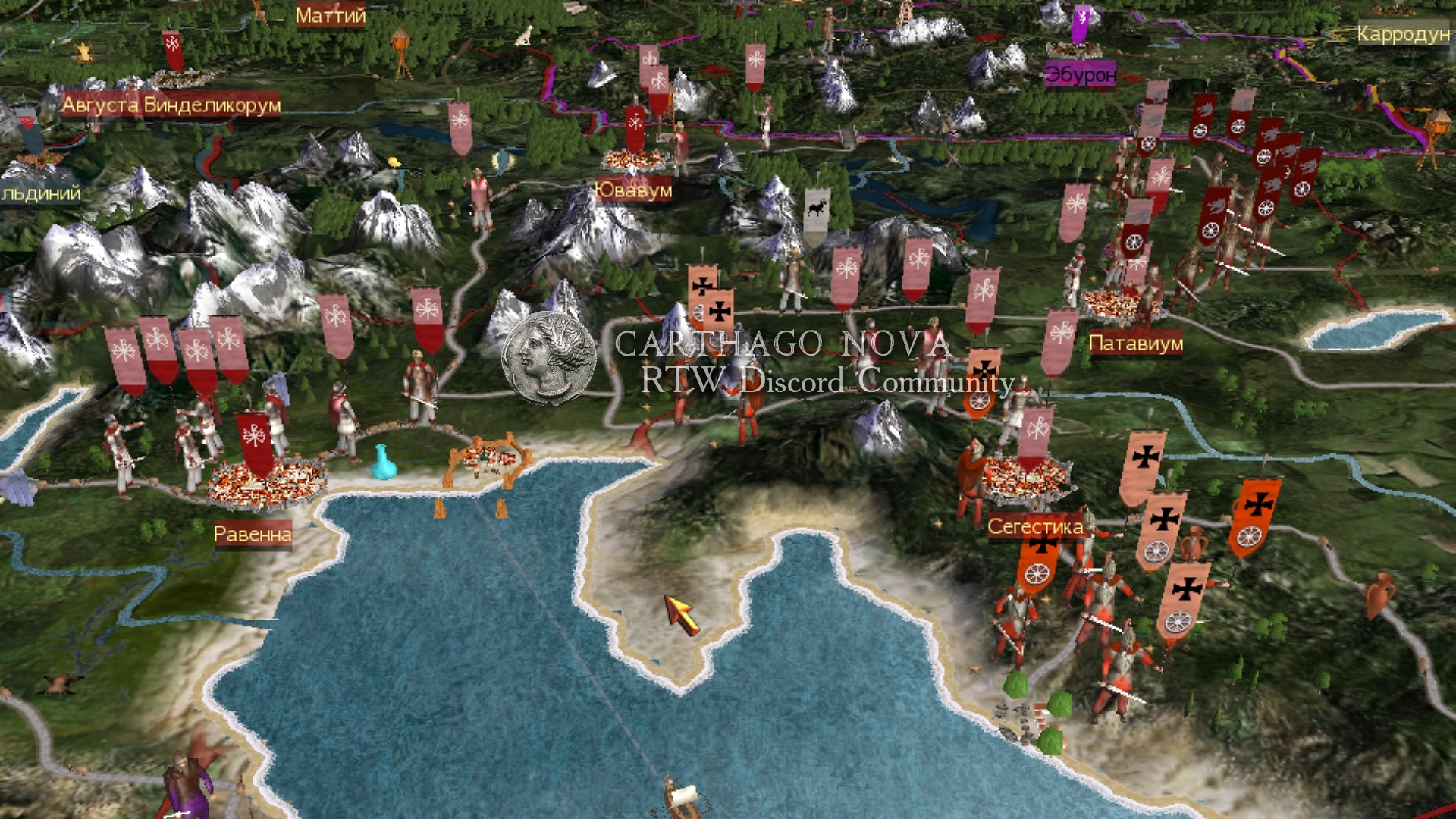 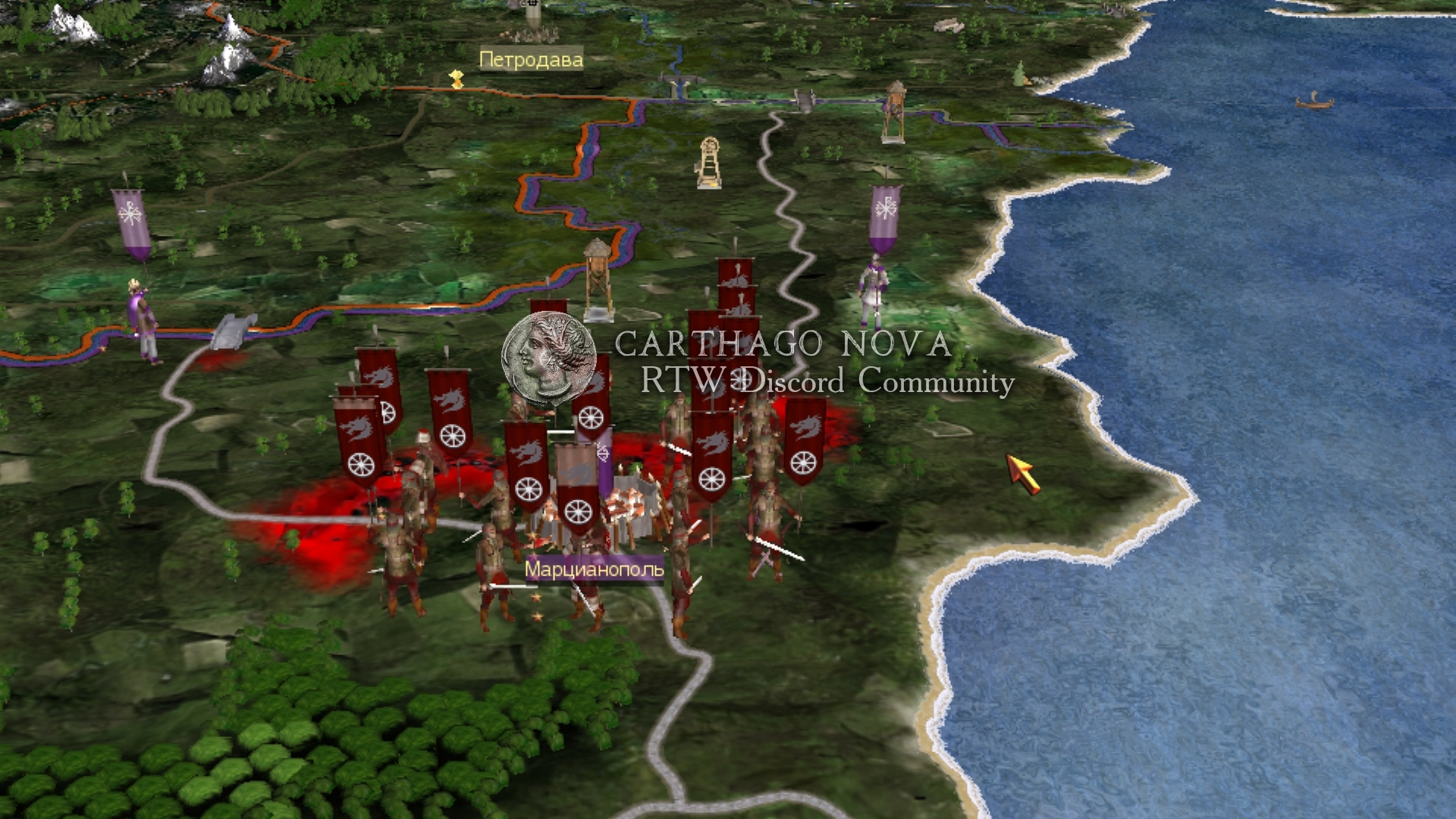 The SBM will seriously test your qualities as a strategist, because the enemy has become absolutely ruthless and merciless. The battles also became more stubborn due to the increased tactical flexibility of the opposing armies. The supplemented soundtrack will immerse you in the thick of the bloody and terrible era of the decline of the Western Roman Empire. Build an invincible army and try to march victoriously across the known world! Fight everywhere! The gloomy cruel forests of Europe, the deadly sands of Africa, the foggy lands of Britain, the endless steppe wastelands, the ancient cities of the East - everywhere there are enemies ready to challenge the madman who decided to enslave these lands and pay for it with his own blood! 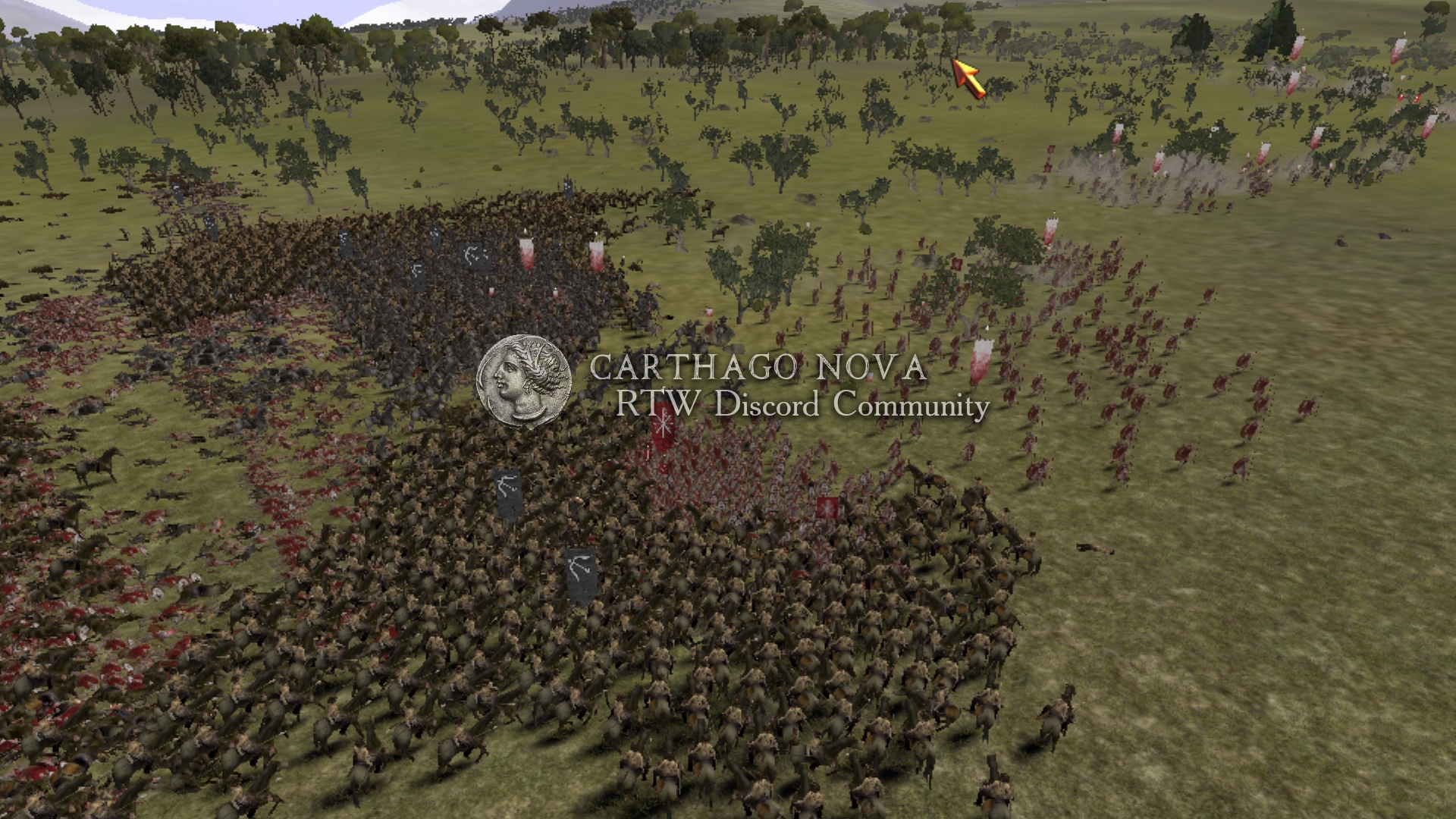 Patch 1.4
The main changes
The map of the stormbringer Gigantus was introduced
Visual display of strategic maps (SBM, SBG) has been changed
Fixed many errors of unit recruiting
Fixed errors of the boats
Added new units to a number of factions
The characteristics of units (damage to the spearmen, the protection factor has been increased)

Updated pictures of the Celts 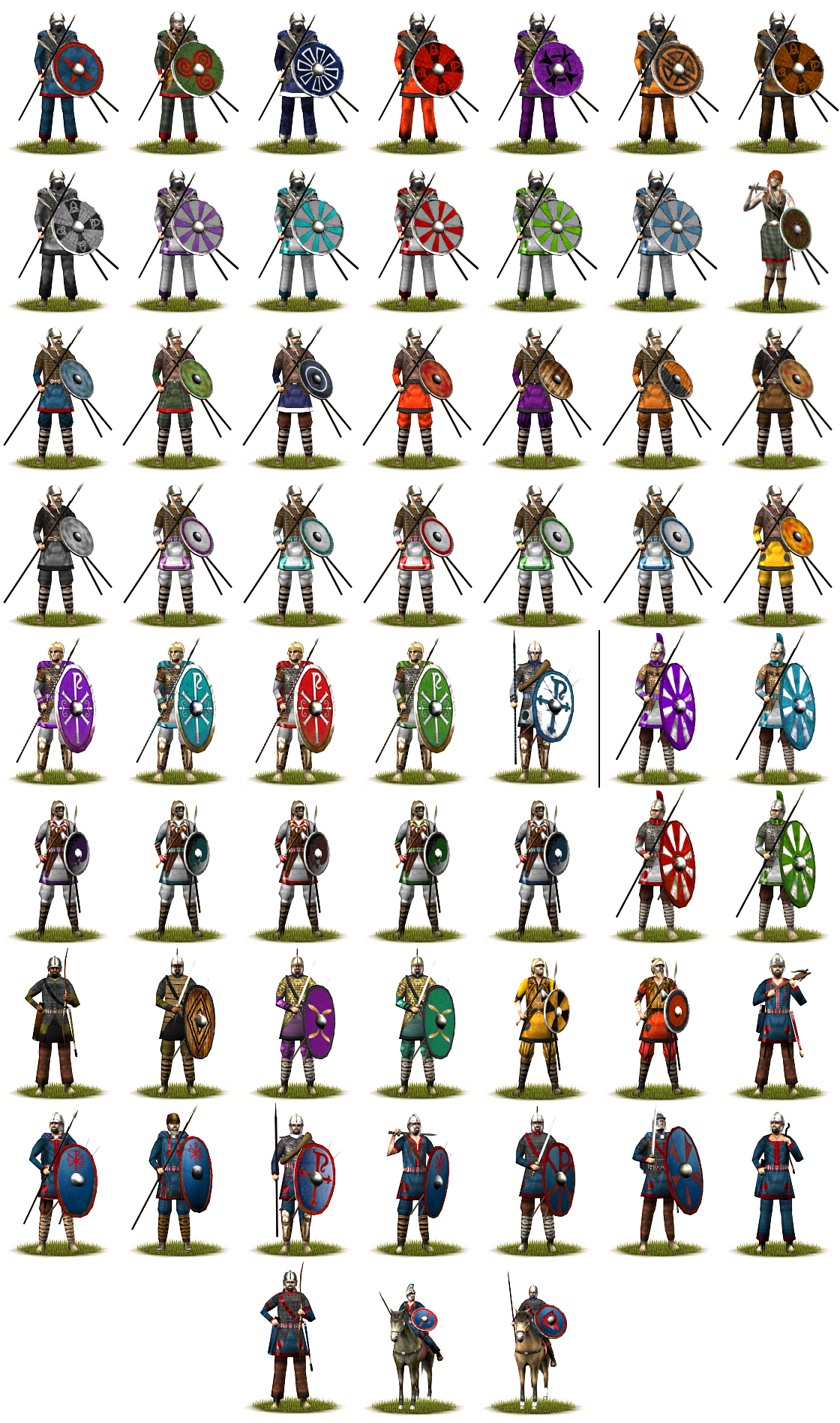 Palmyrian heavy spearmen.
Highly resistant armored infantry is effective against cavalry and as a flank cover. 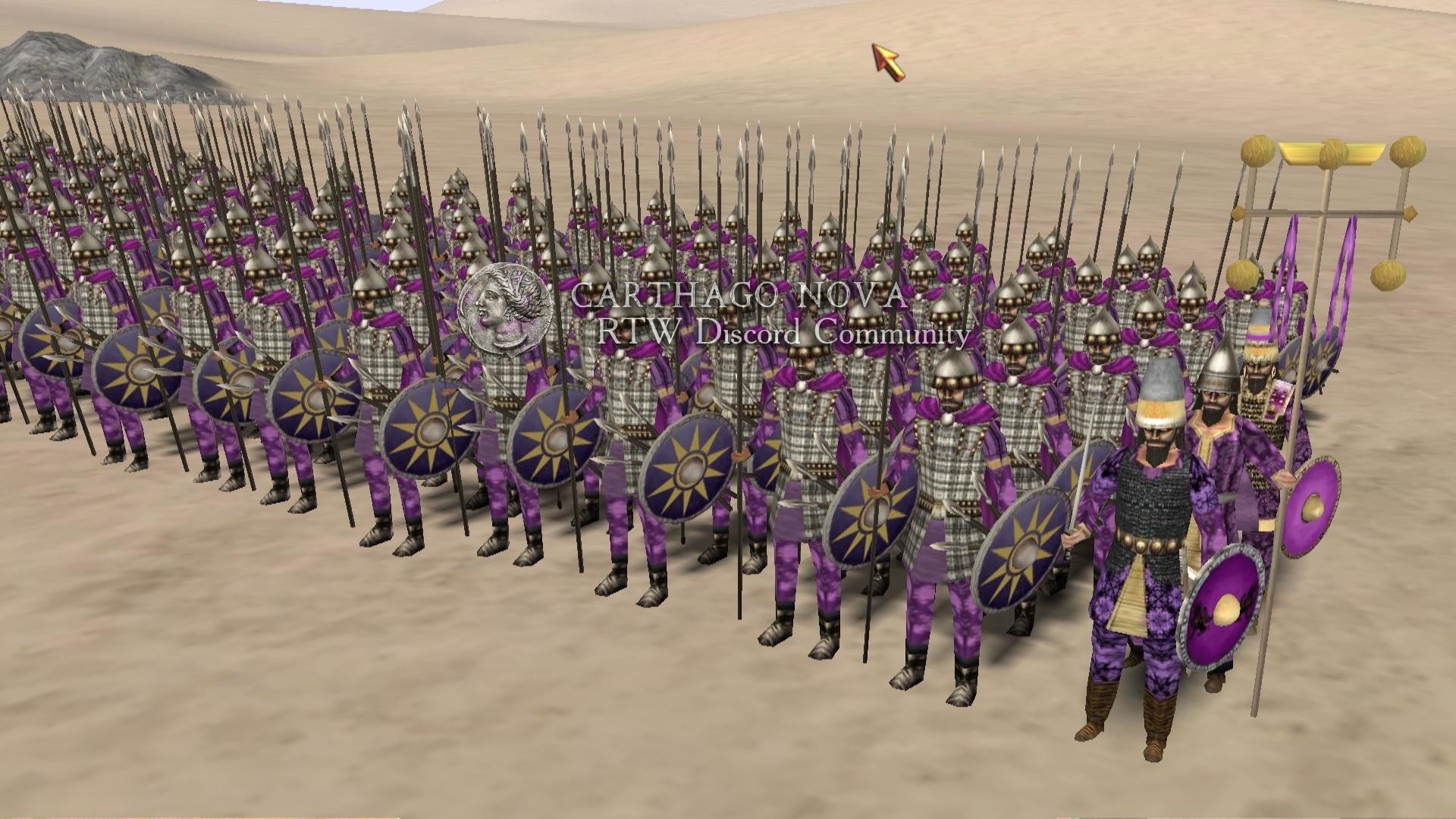 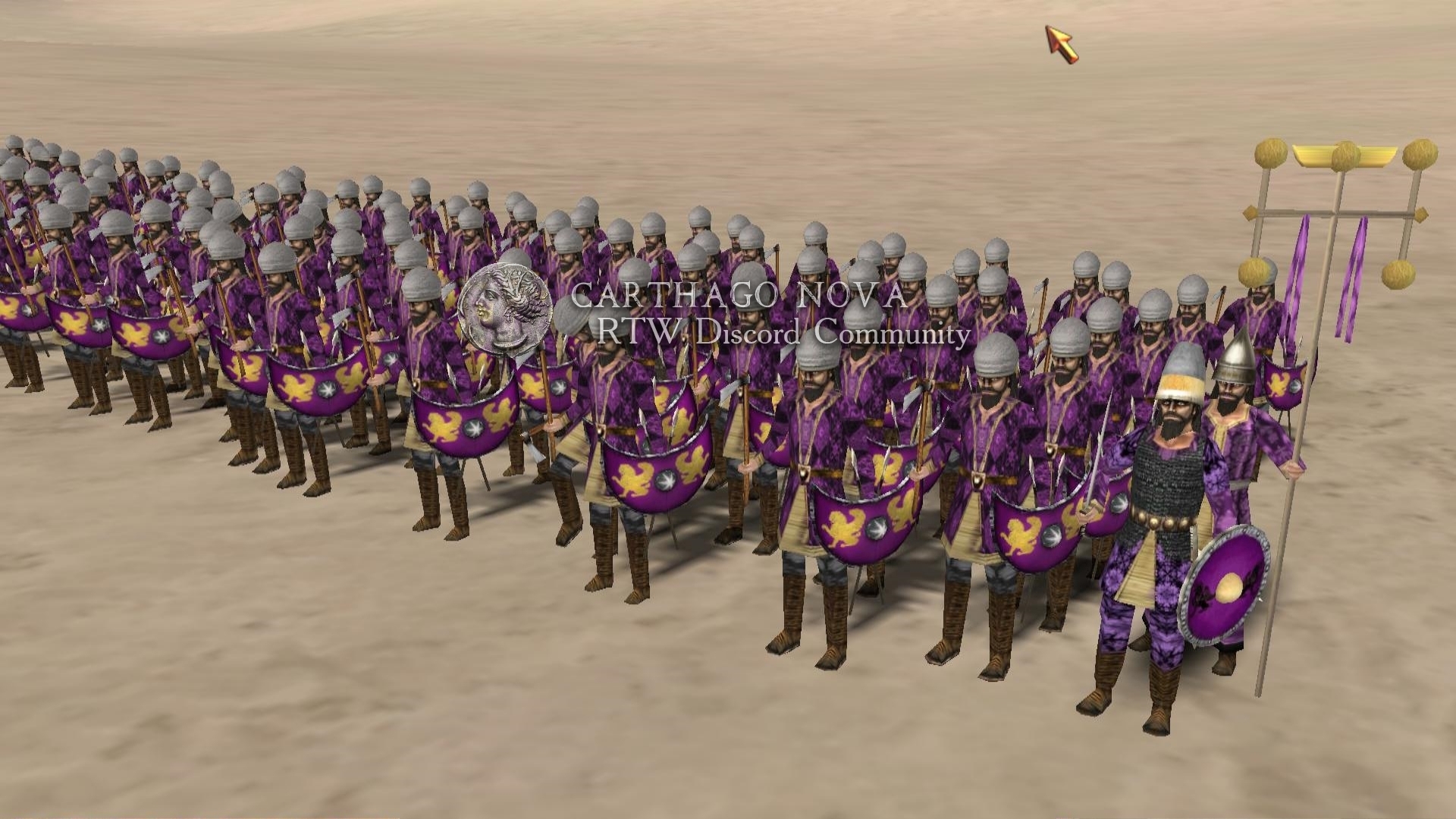 Kardaka Comitatenses. Another attempt by the Persians to create a copy of the Roman troops. 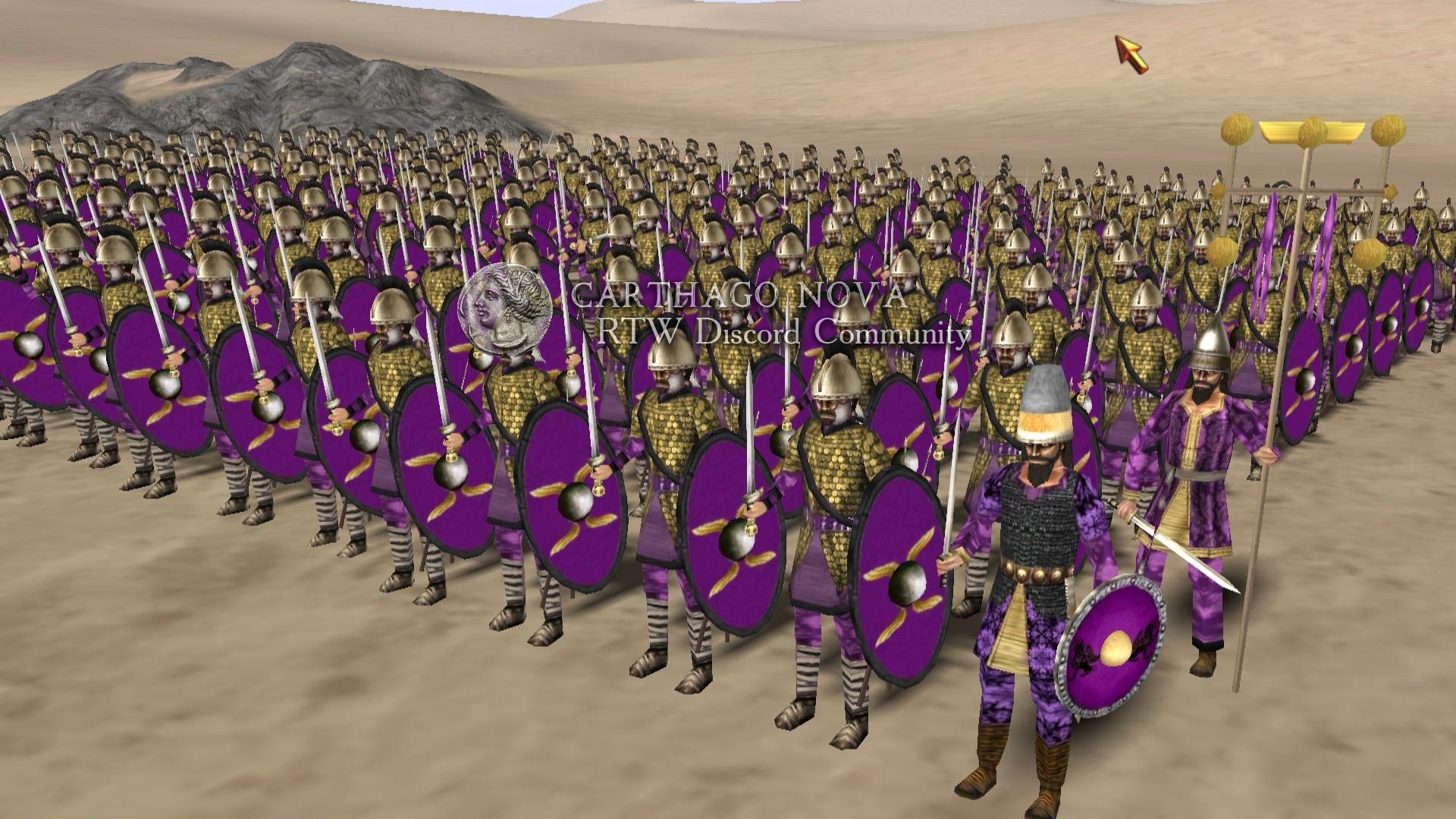 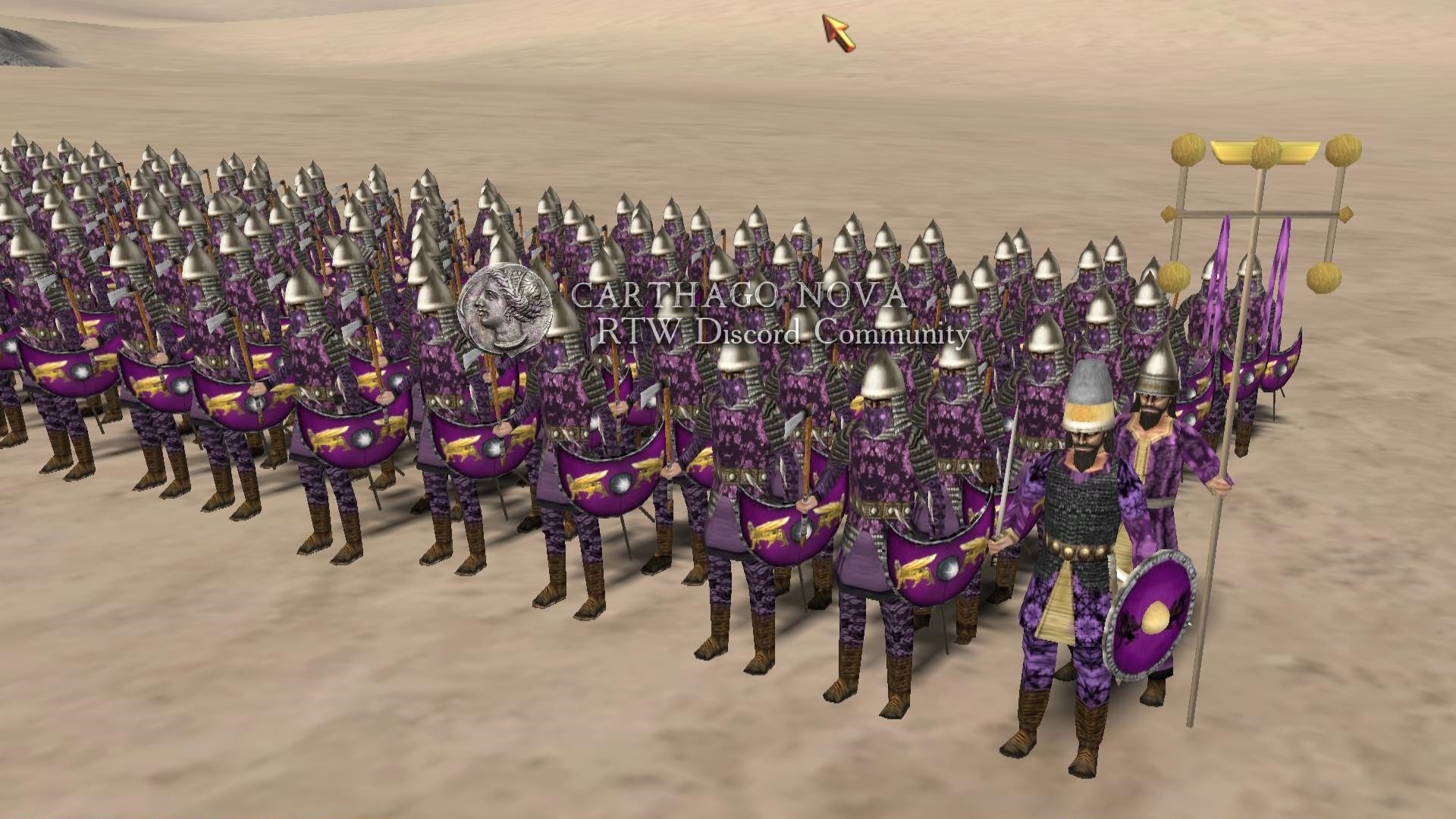 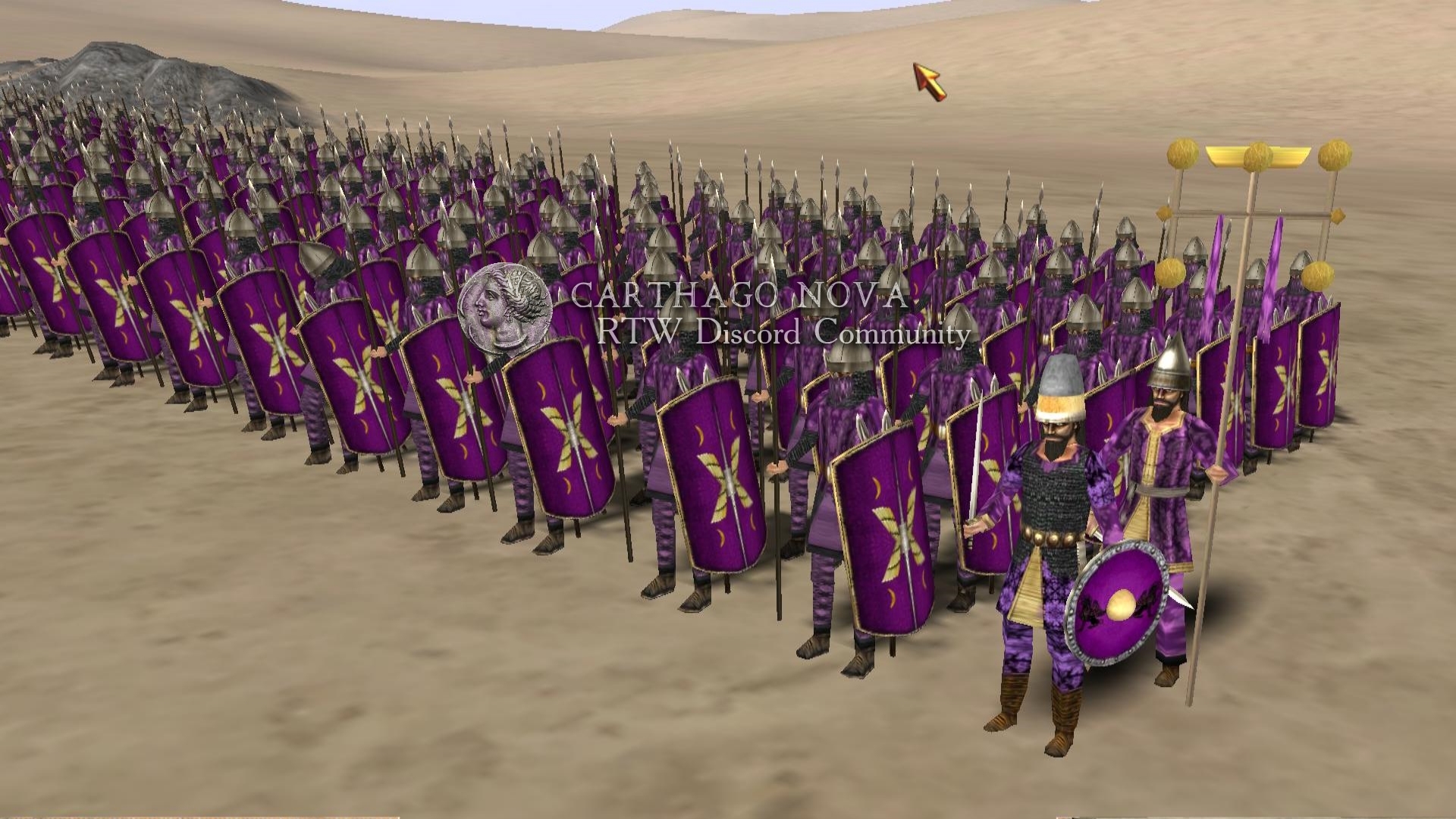 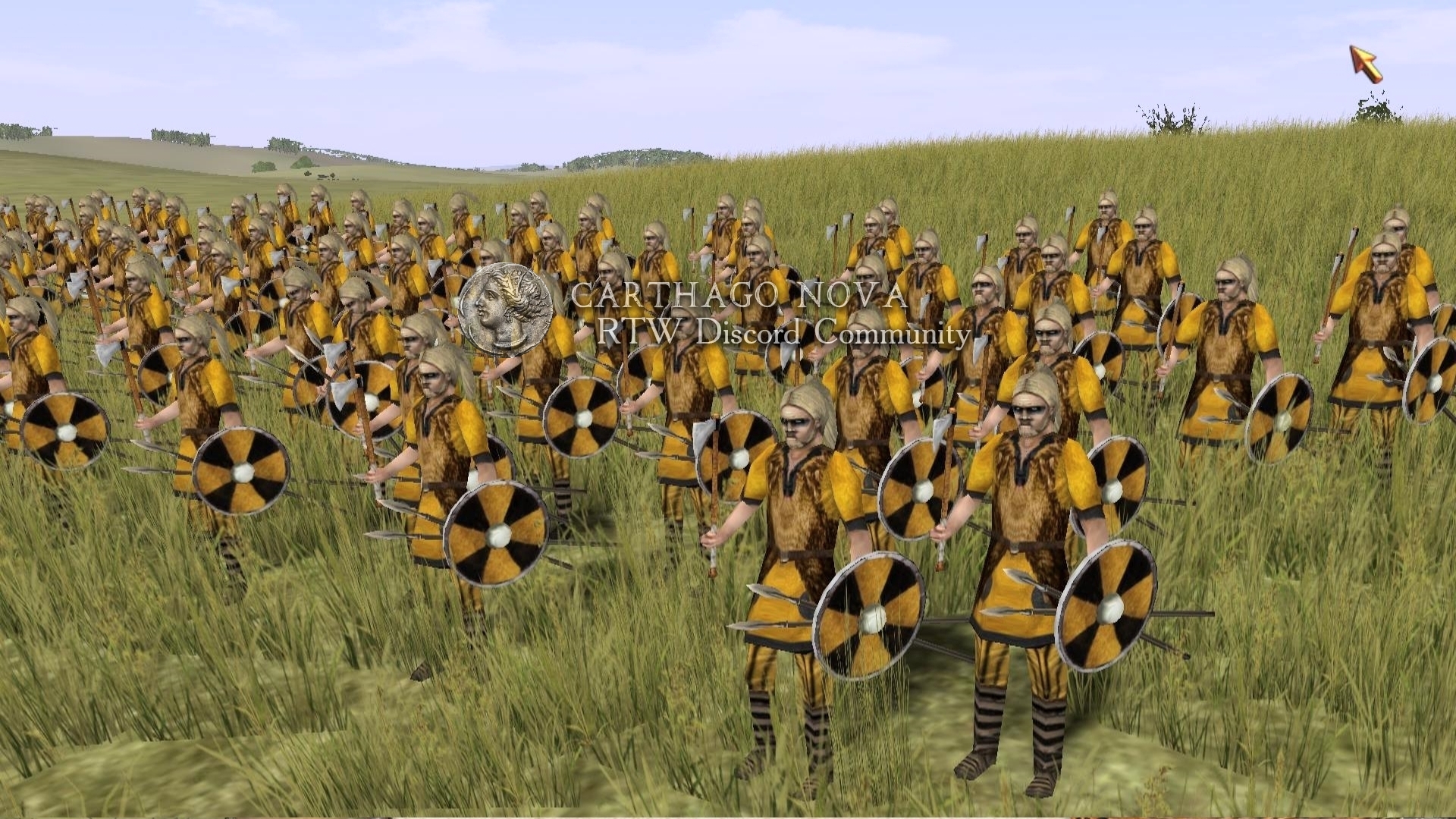 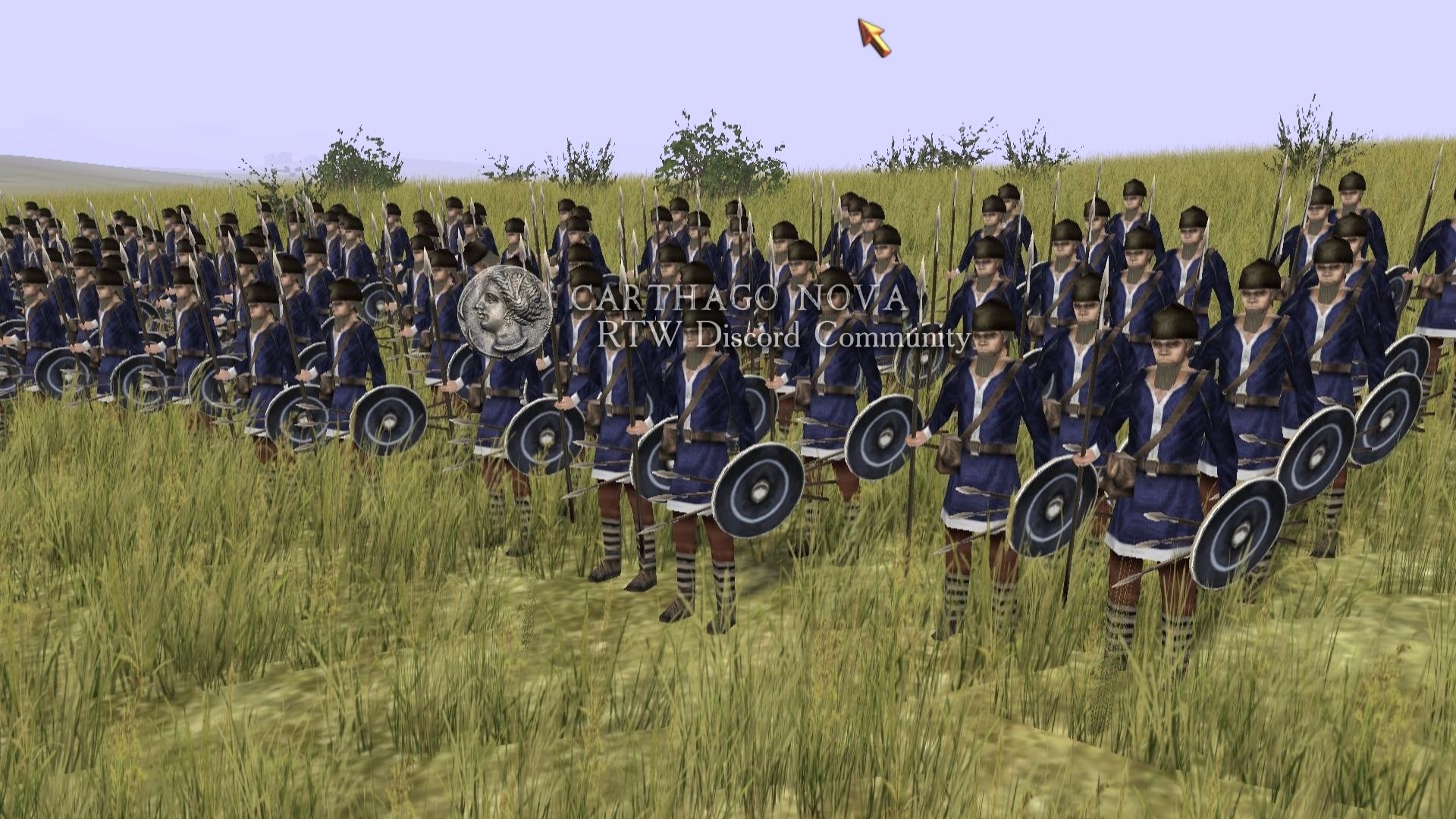 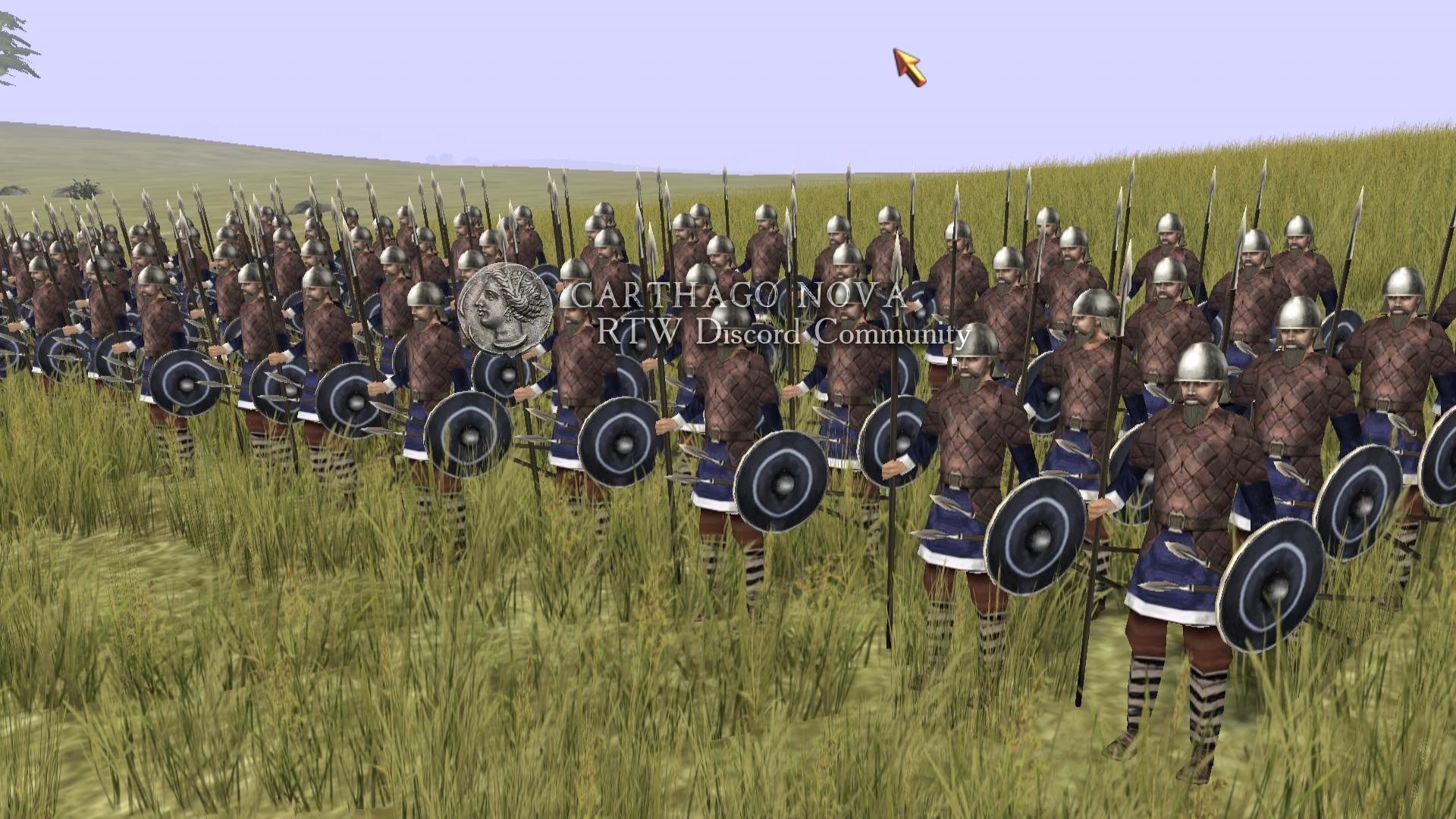 Chosen German spearmen. Hardened veterans of many battles are a terrible threat to any cavalry. 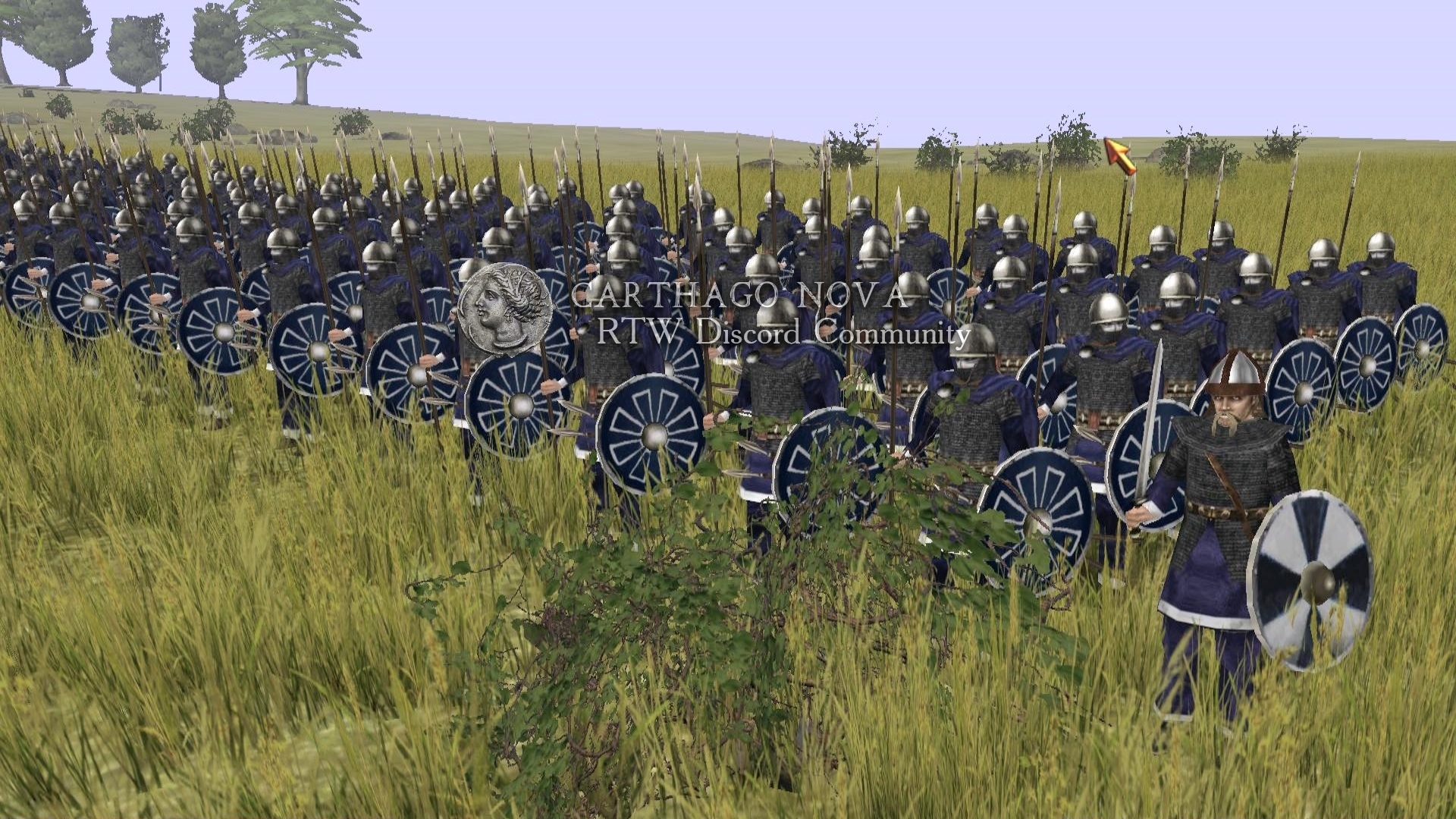 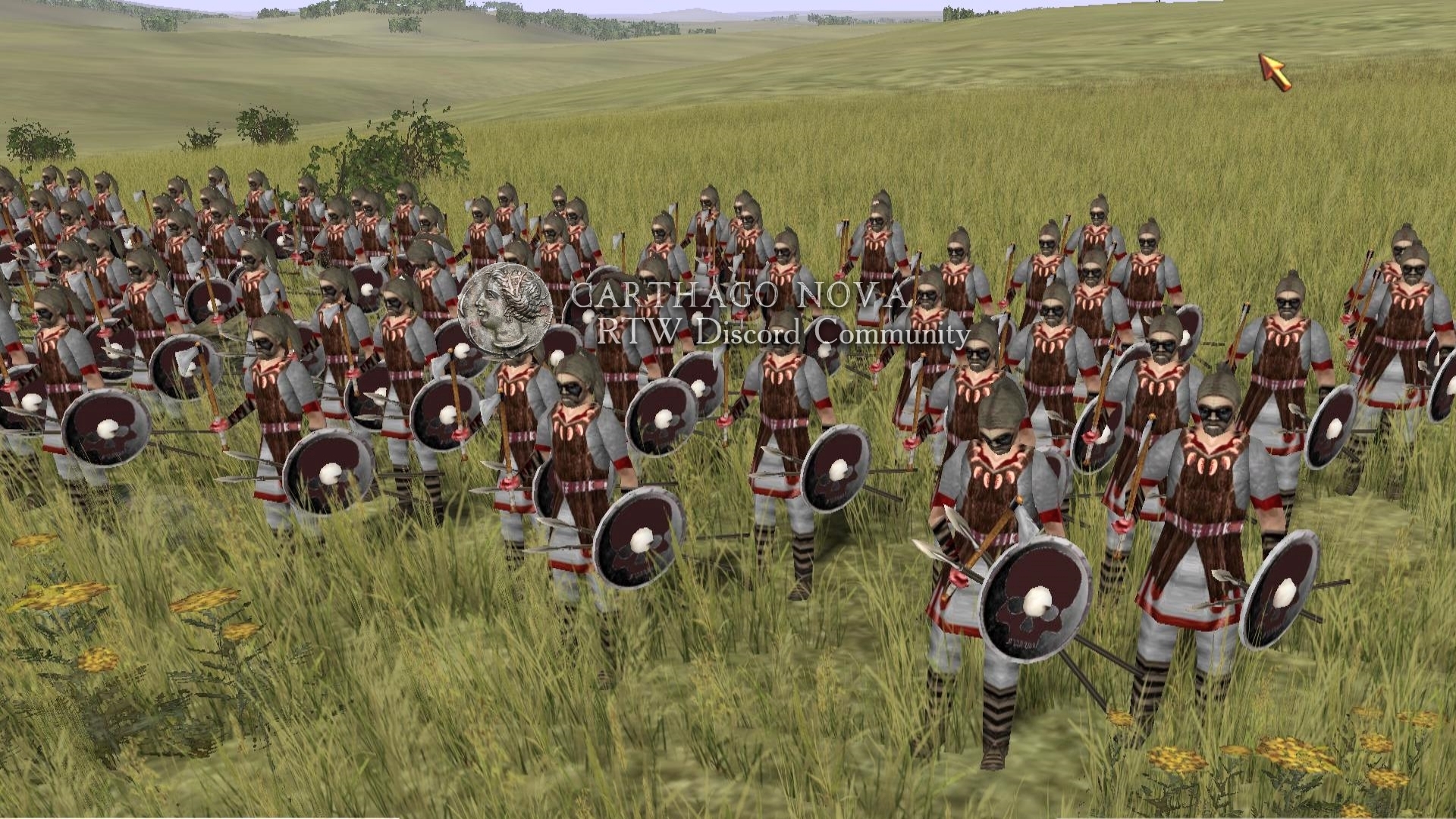 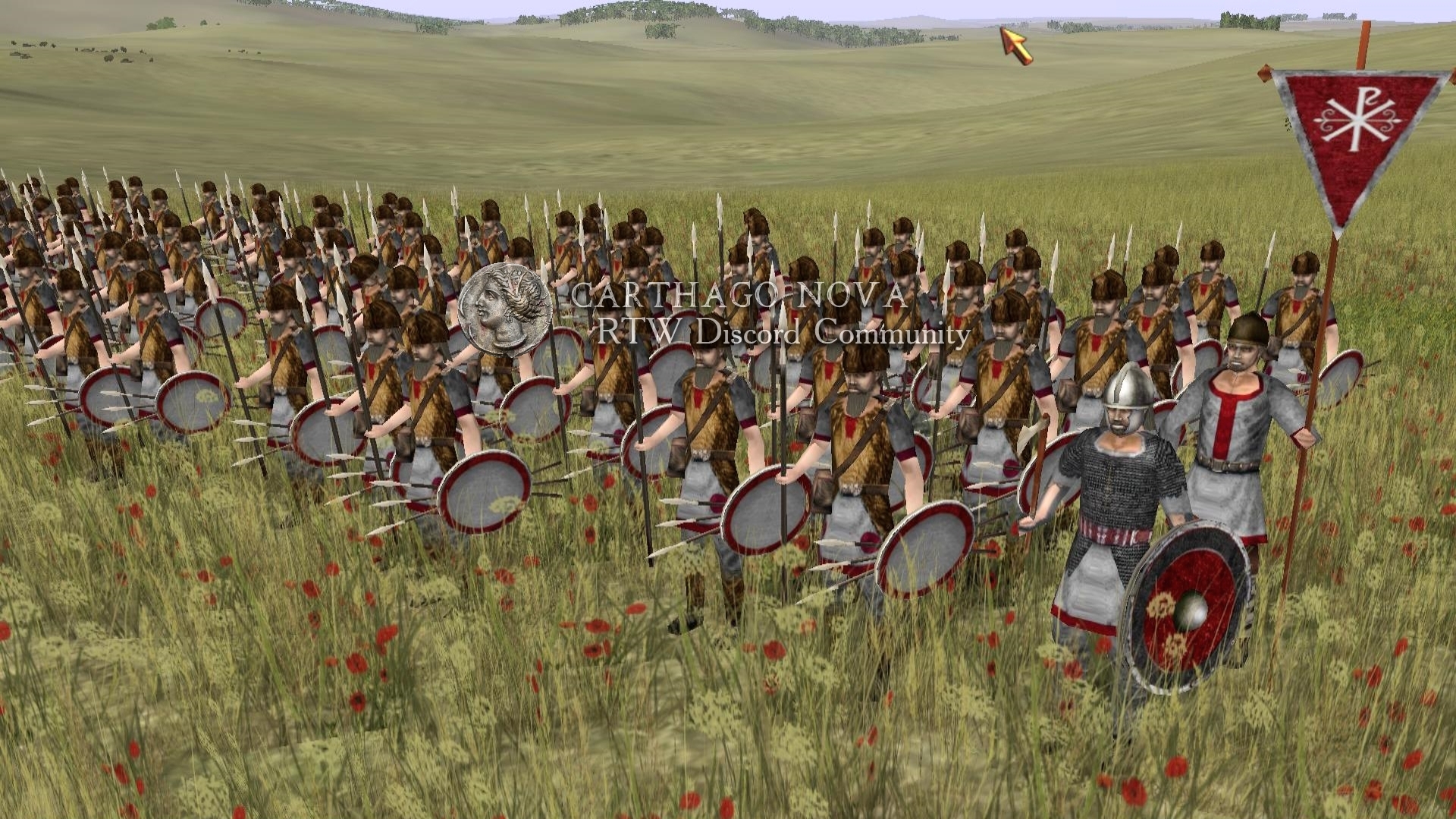 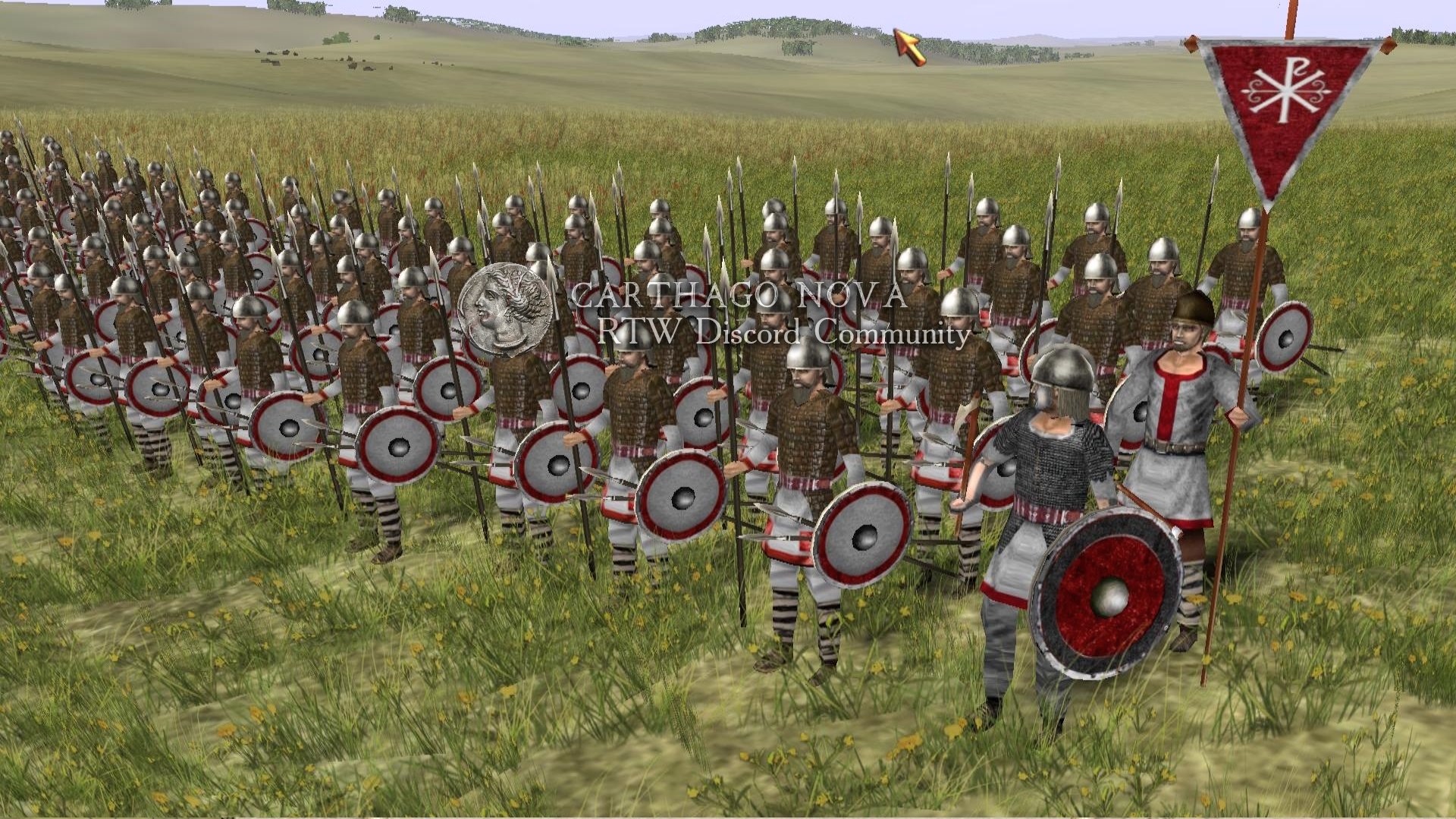 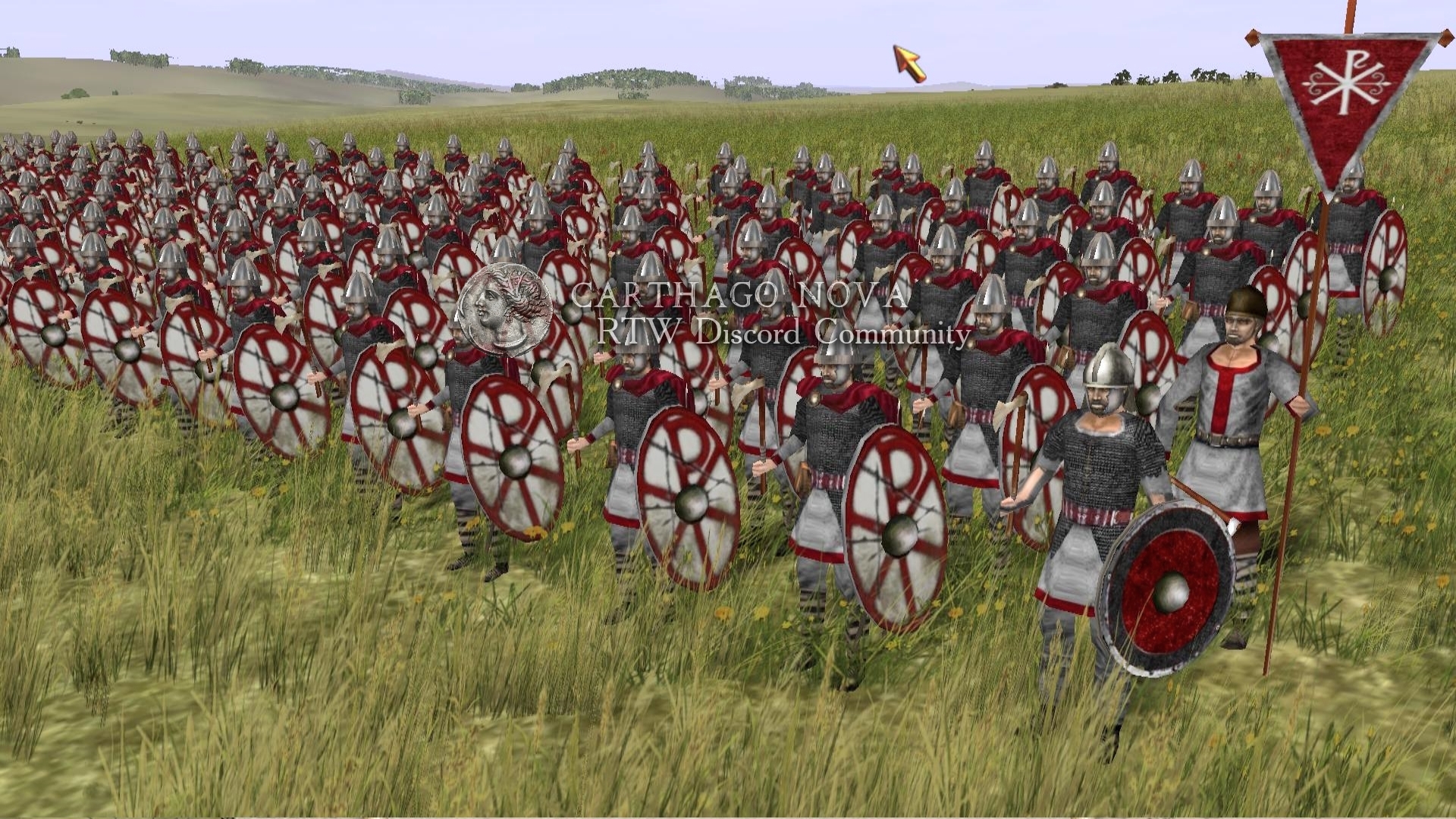 Stormbringer 1.3 for Barbarian Invasion has been released!

Stormbringer is a massive overhaul of Rome - Total War: Barbarian Invasion, which changes the models and textures of every single unit in the game, adds...

Stormbringer (SB) is a full-fledged mod created on the basis of SG materials, but it is in turn a demo version. The campaign takes place on a vanilla...

English translation files for Stormbringer 1.4. Unzip the folder and place it in the SB modfolder replacing original files

Stormbringer (SB) is a full-fledged mod created on the basis of Scorched Ground materials. It features Late Antiquity scenario on a Stormbringer Magnus...

any chance is comes to remastered?

thanks god i still have the original on steam

can you make an installation video? I'm slow:(

Can i see the music names on the playlist?

Files are waiting for ModDB authorisation